"The Blues is Real and honest and for the people by the people. That kind of stuff is timeless and universal."

There is a sincerity in Jake Chisholm's music that is immediately identifiable. Whether his compelling vocal, his memorable guitar hooks, or his thoughtful lyrics ; he excels in all areas, providing the listener with the feelings of both familiarity and being privy to something cutting edge ; both at once. No fancy bells and whistles here, just a deep and full sound that is a fresh take on blues and adding rock ‘n’ roll elements. Inspired by classic blues, soul and rock n roll, Chisholm’s tasteful yet intricate guitar work and songwriting evokes vivid and shameless tales of love, lust, and lessons learned. An in demand session player on the Toronto jazz & blues scene, Chisholm earned a reputation as a talented and respected young vocalist/guitar player. Chisholm is the founder and leader of the popular blues band Jake and the Blue Midnights, who rapidly and deservedly gained the attention of Canada’s blues scene, performing at numerous club gigs and notable festivals around the country. This lead to a busy sideman stint backing many Toronto based blues artists including Julian Fauth, Paul Reddick, Raoul and the Big Time, and Jerome Godboo.

Reprising his role as a dynamic front man, Chisholm breaks out of blues convention with his new CD Diamond In A Coalmine. Featuring seven originals and two creative cover songs (Robert Johnson’s “Traveling Riverside Blues” and The Young Rascals’ “You Better Run”), each track on the CD is generous with infectious guitar hooks and gritty vocals from Chisholm.

With his thoughtful, creative and powerful interpretation of the blues, Diamond In A Coalmine is a testament to Jake Chisholm’sskills as an exceptional songwriter, masterful guitar player and charismatic front man, while also paying homage to his musical influences.

Jake, when was your first desire to become involved in the blues & who were your first idols?

I started playing Guitar when I was 9 yrs old, At the time I just wanted to be like my Dad and Uncle Bob who Both played around our home all the time. But I got Led Zeppelin III for I think my tenth B day and that put my wheels on the track.

The First Band I ever saw Live was in Church, I have early memories of my uncle playing really rocking boogie woogie piano when the family was gathered for Sunday dinners. Then of course Van Halen when I was 14, and Jeff Healey when I was 15. (Who I later became good friends with)

The first song I ever learned was “In Memory of Elizabeth Reed” By the Allman Brothers. 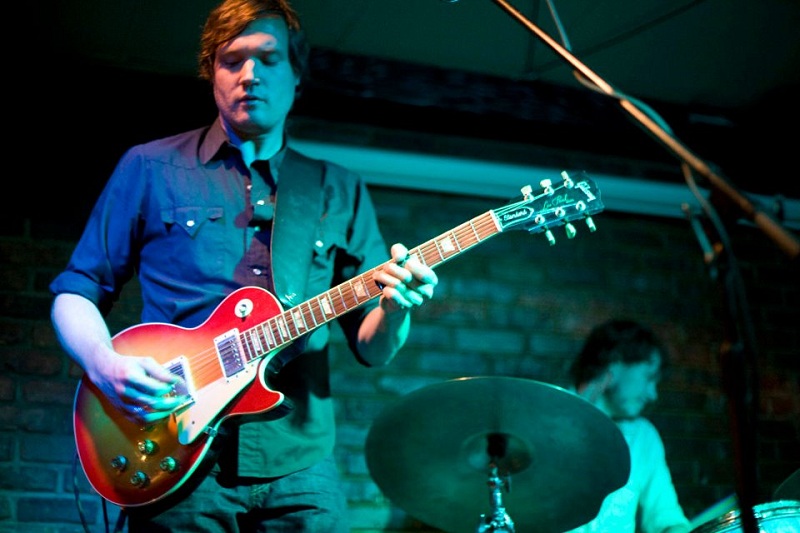 How do you get inspiration for your songs and any of blues standards have any real personal feelings for you?

It sounds weird but music moved me so deeply from such an early age that I have always felt that I had to express myself in this way. The inspiration for all my songs comes from all the ups and downs in everyday life, and I think that muse will be with me always. I do have a soft spot for “Louisiana Blues”.

The Blues to me is a musical tradition of expressing all of your deepest desires and disappointments. In 12 or 16 bars. It's my language and my life's work.

I learn that there is always more to learn.

Oh man I've had so many great moments... I backed up Jeff Healey, Billy Boy Arnold, Billy Branch, Lee Oscar, Julian Fauth, Davis Rotundo, and Paul Redick...and Jammed with Edgar Winter, David Wilcox. And so many more... I'm very thankful that I get to play for folks where ever I am. 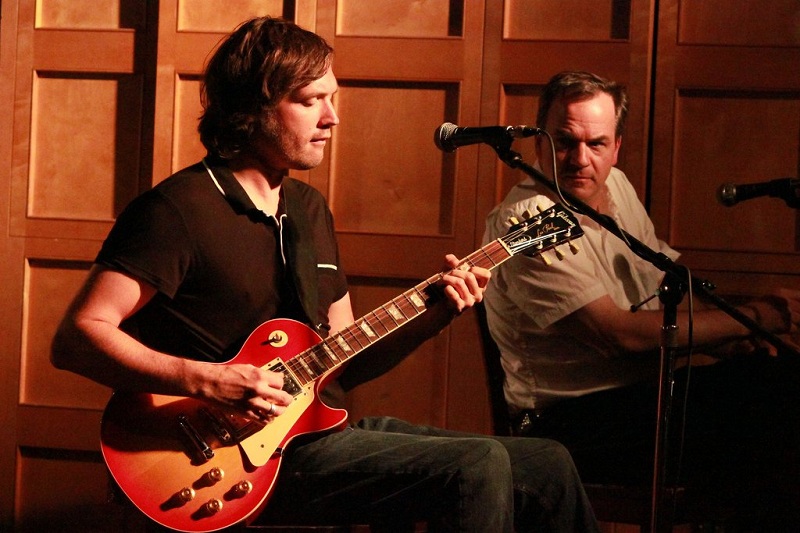 Are there any memories from Jeff Healey, Billy Boy Arnold, and Billy Branch which you’d like to share with us?

Jeff was the Best Musician I have ever known. His dedication to the guitar was out of this world and he could do anything he wanted with it in his hands. He was a huge influence! He also told me once that I should always try to stand out un the crowd, and suggested I get myself an ebony cake with a silver handle... He was a pretty funny guy and he is missed by many.

Billy Boy I only spent a few hours with when I was hired as part of Raoul and The Big Time to Back him up for one show in Toronto. At one point during sound check we had a memorable moment. He was playing all of the intros to bring the band in on guitar and then dropping the guitar and playing Harp for the rest of the tune. I felt that his guitar part were redundant since I had learned to play all the intros so I said "Don't worry about the guitar part Mr. Arnold I've got you covered." To which he replied, "Ain't Noboby can play my music like I can." I didn’t make any Musical suggestions after that.

Billy Branch was brought up from Chicago to be backed up for two shows again by Raoul and the Big Time that I was again a part of. The first show was an outdoor festival in a small town a few hours west of Toronto where Billy was to be the Headliner. On the way to the show we got word that Billy's Flight had been Grounded in Chicago and that we couldn’t make the gig. So I with the help of "The Big Time" sang the headline set that night and I t was scary because right before we went on the crowd was mermering Where's Billy?! But they were cool and I think we won them over.

Are there any memories with Jake and the Blue Midnights which you’d like to share with us?

Oh I have so many memories from Jake and The Blue Midnights; we have played thousands of Shows! I regret not getting the band over to Europe. That would be a good reason to reform. 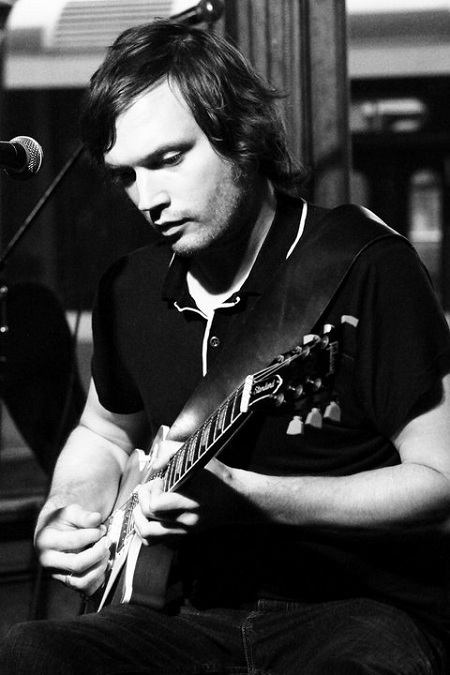 I would Love to meet Muddy, Big Bill Broonzy, Jimi Hendrix, T-Bone Walker and Count Basie... All men who's Music I deeply respect!

I can't narrow I down to just one. I am a student of so many musicians.

“Go home and come back when you've learned at least 50 songs.”

The Blues is Real and honest and for the people by the people. That kind of stuff is timeless and universal.

What characterize the sound and music of Jake Chisholm?

There are moments where I swore me and the guys and everyone in the audience are really in it together and I makes me want to sing and play better. It's one of the coolest things I have ever felt.

Happiness is... Being in the room while some of those Classic records where cut at "Chess", "Stax" and “Motown, and “Abby Road” and “Bron -Y- Aur” ... and Sun Records.

What are you miss most nowadays from "Chess" "Stax" and “Motown” era?

I miss it all that stuff is pure magic. And I tried to pay musical homage to that stuff on “Diamond In A Coal Mine.”

Make an account of the case of local blues scene. What is the current state of Blues scene in Toronto?

It is not as healthy as it was 10 years ago but there are new fans and Clubs and festival, and promoters all the time. So I'm keeping the faith. 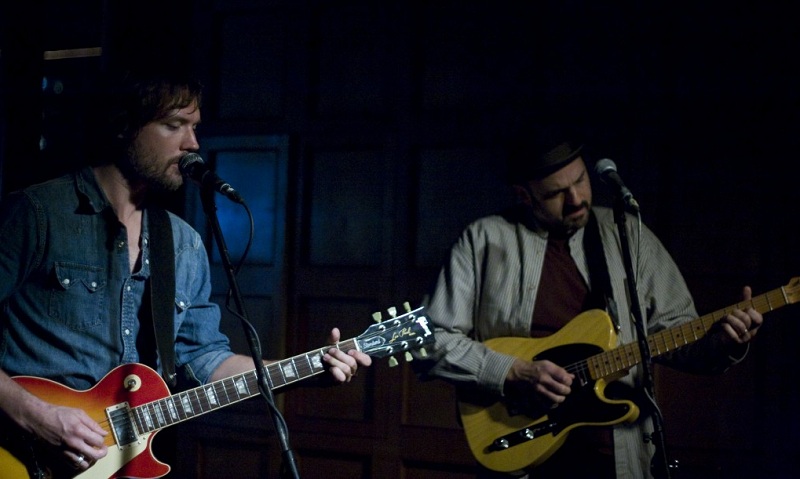 Keep it Real, Keep it Honest and from the heart.

You have a new album. Do you remember anything funny or interesting from the recording time?

It was great time make the new album and I wish I could say something amazing happen like you know someone knocked on the studio door and handed me the Les Paul that Eric Clapton used on the Beano Album... but no nothing like that. I did leave me feeling like I can't wait to go in and make the next one!

Do you know why the sound of slide is connected to the blues? What are the secrets of?

Yes ! Well, I think it's because you don’t have to study guitar in the traditional to be able to play slide, (not that slide guitar is easy) but there are no rules with it and can answer the singer voice so well almost like another singer.

We want to get out there and play live and Blues festivals and connect with new fans from all over the planet...  That includes you Greece! 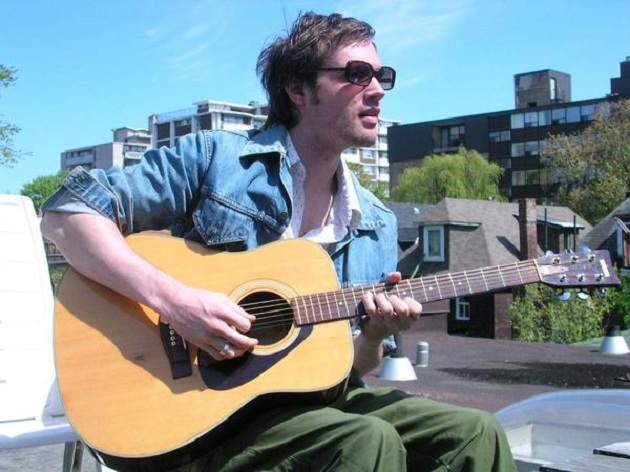