"We have to understand the history of Jazz-music, it's American music and we Europeans shouldn't be so ignorant and forget it all the time, without the blues, the swing and be-bop I wouldn't be able to do what I try to do."

Artist and musician Peter Brötzmann is best known as one of the preeminent figures in contemporary improvised music. He was trained as a visual artist in his hometown of Wuppertal, Germany, in the late 1950s, and his early musical career as a saxophonist and clarinetist was paralleled by his first art exhibitions in Holland and Germany. He experienced his first real jazz concert when he saw American jazz musician Sidney Bechet while still in school at Wuppertal, and it made a lasting impression. He has not abandoned his art training, however: Brötzmann has designed most of his own album covers. He first taught himself to play various clarinets, then saxophones; he is also known for playing the tárogató.

Adolphe Sax, Brötzmann's first recording, was released in 1967. In 1968, the year of political turmoil in Europe, saw the release of Machine Gun, an octet recording often listed among the most notable free jazz albums. Originally the LP was self-produced under his own "BRO" label. Brötzmann has also recorded or performed with musicians including Cecil Taylor, Don Cherry, Sonny Sharrock, Cecil Taylor, Steve Lacy, Joe McPhee and Brötzmann's son, Caspar Brötzmann, a notable guitarist in his own right. In the 1980s, Brötzmann flirted with heavy metal and noise rock, including a stint in Last Exit and subsequent recordings with Last Exit's bass guitarist and producer Bill Laswell.

Visual artist Brötzmann assisted Nam June Paik on Exposition of Music-Electronic Television, Paik's first installation at Galerie Parnass in 1963, and he participated in Fluxus events in the mid 1960s. Since that time, along with large-scale oil paintings and delicately lyrical watercolors, Brötzmann has amassed an oeuvre of small constructions, often using found or fabricated wooden boxes as both support and frame, sometimes integrating metal elements including cans, can lids and rusted industrial detritus.

What does "ART" mean to you? What has MUSIC and VISUAL ART offered you?

....maybe just a way to earn some money and stay independent

or just a way to find out what is going on with or inside me.

OFFERED....nothing, I had to dig into it and was lucky to find something like 'beauty' - it's all about beauty anyway,

the problem is that everybody has a different meaning about it. 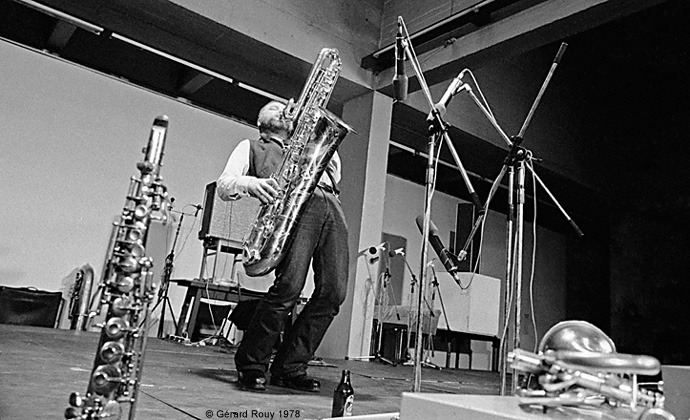 What do you learn about yourself from the music and painting, is it a way of psychoanalysis?

I have to separate MUSIC and FINE ARTS - In the field of music you are used to work TOGETHER and the first thing you learn is to RESPECT, without respect nothing is working in the music. That opens your range of view quite a bit.

In your studio (if it is the kitchen table or a comfortable backyard house) you are alone with canvas, paper, ink, oil -

whatever you fancy to work with - you talk to yourself, you dig into something unknown, the result you can throw into the oven if you are not content and if you like it you don't share the moment.

Quite a different (though great) feeling from being on stage with a bunch of guys knowing you did something great together.

What is the relation between sound and image?  What is the line that connects the legacy of music/art and beyond?

The only relation in my case is that both is done by the same person, the line is your life - die Lebenslinie in German language.

Sitting in the garden in summer, sipping a lot of rum and coke (in earlier times), smoking a cigar (still do) the music is Clifton Chenier,

a great inspiration of doing nothing

How you would like to characterize Peter Brötzmann progress in music and art? 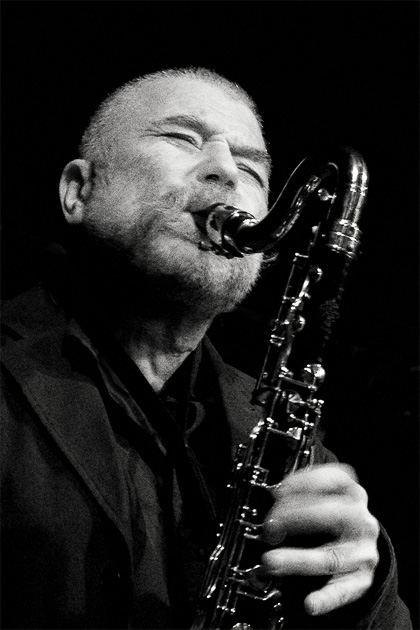 No progress, just different all the time

What's the difference between Europe's and U.S.A's point of view on art, especially in music?

Let's just talk about music - We have to understand the history of Jazz-music, it's American music and we Europeans shouldn't be so ignorant and forget it all the time,

without the blues, the swing and be-bop I wouldn't be able to do what I try to do.

The story, the song, the tune, the lyrics play an important

role in American music, if it is Charles Ives, Thelonius Monk or Anthony Braxton, I - as an European - didn't have to care about that, I had to build up my own history and my 'songs' sounded different, though after all the years I would say without storytelling nothing is happening, not in the field of art, not in the music.

Do you know why the FREE JAZZ is connected to underground and avant-garde culture?

HaHa, you are talking about the past though we still don't fit in the whole cultural- event -business-bullshit.

We still stay on the lowest step of the ladder, we are not shiny, we are not to sell - at least some of us old guys.

No idea, anyway for everybody different.

Don't know if there is a philosophical dimension, it has a lot to do with the 'lust' of life and playing, moving around,

offer whatever you have.

What is the best advice ever gave you and what advice would you give to new generation of artists?

Don Cherry - He was staying at me home and I came back from a gig I was not happy with at all, Don realized that

FORGET IT , BROETZMANN, TOMORROW IS ANOTHER DAY 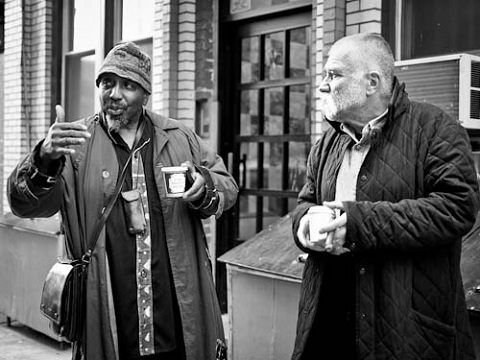 Why did you think that the Jazz continues to generate such a devoted following?

You have to say YES or NO to it

From the artistic point of view how has the Jazz culture changed nowadays the civilization?

I am not able to answer that question; you would need a lot of research

How have you seen change from 60s to now? What is you miss most nowadays from the music of past?

I miss PASSION with most of the younger guys

You have come to known great musicians which meetings have been the biggest experiences for you?

That's going too far, there such alot and very different

experiences, would fill some book-pages

The brightest: SONNY - The melancholy: Don - The tricky: Steve - Cecil still is around, I'll find out next time I see him.