Russell Streur: When the man loves the Muse

Russell Streur is a born-again dissident residing in Johns Creek, Georgia.  His work has been published in Europe, certain islands and the United States.  He operates the world’s original on-line poetry bar, The Camel Saloon, catering to dromedaries, malcontents and jewels of the world at thecamelsaloon.blogspot.com; and the curator of The Bactrian Room, a journal for bactrians, ghosts and travelers on the Long Silk Road with a story to tell at bactrianroom.blogspot.com. 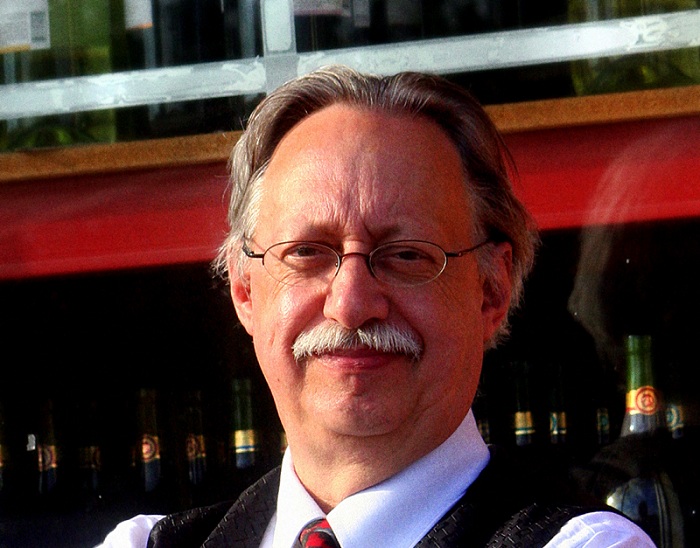 He cofounded Poets Democracy in 2010 with Christi Kochifos Caceres and is the author of The Muse of Many Names, The Petition to Free Zhu Yufu, and other works.

Russell talks about the Music and Poetry, Muses and Rumi, Rolling Stones and Ferlinghtetti.

When was your first desire to become involved in poetry?

As far as I’m concerned, writing poetry doesn’t make the poet.  A commitment to the Muse makes the poet.  I hesitate to accept the term poet except on my own and personal terms.   I definitely dodge the public term of poet.  I easily confess to a life-long affection for poetry and a continual involvement with it.  I was ten years old in 1964 when poetry first bit me, a poem by Robert Frost, On Looking up by Chance at the Constellations, it begins

You’ll wait a long, long time for anything much

To happen in heaven beyond the floats of cloud

And the Northern Lights that run like tingling nerves.

And I was hooked.  Pretty soon came Chinese poetry and another whole dimension and I was gone and across the border.  Two books I’ve carried with me through everything in life, like 45 years, The White Pony and The Jade Mountain, both anthologies of Chinese poetry.  So those were my first steps in the field.

What does "Poetry" means to you?  What has writing offered you?

Poetry means to me to live in the worship of the Muse, and that’s what writing has offered me, being part of a very old river that winds its way back to the old ways and to the old ways.  I am happy to be in her company.

"Nine Muses is too many. I would want to go hike in the woods with Terpsichore and see what happens."

What experiences in your life make you a good poet?  What are the triggers for the creation?

I benefit greatly by having a physical manifestation of the Muse in my life.  It is her insistence that triggers the poem.  Lately, she’s been generous with letting me take time off to do other things.  But she will come knocking at the door soon, and she’ll be meaning business again.

How you would like to characterize your poems and what characterizes Russell Streur’s philosophy?

I would characterize my poems as disciplined and structured.  My philosophy is definitely one of non-interference.

What is the relation between music and poetry?

What is the line that connects the legacy of Sufi, Tao and Zen poetry and culture with the Beats and beyond?

I venture that the line that connects all those traditions is a common invitation to self-expression.  There’s no cultural pretension there, no academic prerequisites, no elitism and no cost of admission.  The door is open and the banks don’t own the conversation yet.

"There’s no cultural pretension there, no academic prerequisites, no elitism and no cost of admission. The door is open and the banks don’t own the conversation yet."

Bill Mellon, retiring from thirty years in the life insurance industry back in the 90s, said to me: “Screw off more.  Take longer lunches.  Go for more walks.”  I thank that is great advice.  Also like the Russians say:  “If they pretend to pay us, we will pretend to work.”

Who’s Art?  Seriously, art can take of itself.  Always has, always will.  All of them. Even poetry will be ok.  Even with the dopes in charge.  I saw the US Laureate Natasha Trethewey speak the other day.  She said something along the lines of “the job of the poet is to translate the mysteries for the ordinary folk.”  Such a disconnected, elitist perspective, but what else would you expect from the chosen poet of the world’s biggest militarist and carnivore society? The ordinary folks can translate the mystery of paying the bills and the rent to her one day if she is ever listening.

Christ.  I need a drink.

Life hasn’t been very funny lately in my neighborhood.  I can’t remember the last time I laughed.

Coaching Little League late one season, we snuck my older son Morgen onto the team on which my younger son Devin was playing.  Middle of the game, Morgen was perched on second when Devin lines a ball down the right field line.  So there they are, both of them flying around the bases, and I am down the third base line, yelling them on.  Norman Rockwell, please.

How you would spend a day with the nine Muses and what would you like to ask Rumi?

Nine Muses is too many.  I would want to go hike in the woods with Terpsichore and see what happens.  I’d ask Rumi to distract the other eight, and to keep an eye out for Apollo.  He’s trouble.

What from your memorabilia and things (records, books, photos etc.) you would put in a "capsule on time"?

If someone wanted to dig up a capsule of artifacts a hundred years from now that would say something about me, the contents today would include something like this.

First things first:  photographs of my two sons, a camera, a baseball and my grandfather’s signet ring.  A certain A Demeter medallion.  Some music:  the Stones, Exile on Main Street; Temple of Sound, People’s Colony No. 1; and Raga Nova, Raga Nova.  I think that’s the right title.  I might have it backwards. Then the books:  Whiskey River by Loren Estleman, Pictures of the Gone World, Ferlinghtetti, and the four Peter Pauper Press books of haiku. A book of Impressionist paintings. Finally, a basic grammar textbook and a bottle of vodka.  Empty, no doubt.

I have a small leather bag of personal magic those things are coming with me.  So are The White Pony and The Jade Mountain.  They always do. How started the thought of The Camel Saloon and Poets Democracy? How that came about?

I’ve told this story before and I am sticking to it.

I was sitting three stools from the end of the bar at the local joint one afternoon in the early spring of 2010 when a number of thoughts came together.   I had gotten a lot of my work published in the preceding couple of years and I felt that it was time for me to move on into something else.  I was also becoming more and more personally interested in global free speech and self-expression issues and principles.  And with the next sip, reminiscing about my friend Danny Harmon, rest in peace, and how he and I would go to one particular bar and work on poems together and try out lines not only on each other but to other customers and the staff sometimes, a very social place it was and it all felt, safe, to write there, in all the noise with the ball game on and the jukebox playing and all the bustle of the place.

So out of all that came the resolution to start giving back, to start standing, and to do that in a social environment, and it felt like a bar would be a fine place to do all that in, especially since I was in one in the first place.  I opened the joint from the same barstool a couple weeks later.

Why the Camel?  I was reading Persian poetry at the time, and camels appeared here and there in the poems, and there was an unrelated article I read on the value given the camel in Bedouin poetry, and it seemed fitting for a journey to have a mode of transportation, and so the Camel, which is real interesting animal in the first place as it turns out.

World’s Original Online Poetry Bar?  Far as I can tell, it’s the one and only.  Catchy phrase, ain’t it?

My longtime friend and muse, Christi Kochifos Caceres, is at the heart of Poets Democracy.  I wouldn’t be doing any of this without the inspirations she brings me.  Poets Democracy is that space in the world where the possibilities of imagination generate the conditions for realization and expression.

You are also an artistic photographer. What is the philosophical and poetic dimension behind the "IMAGE"? 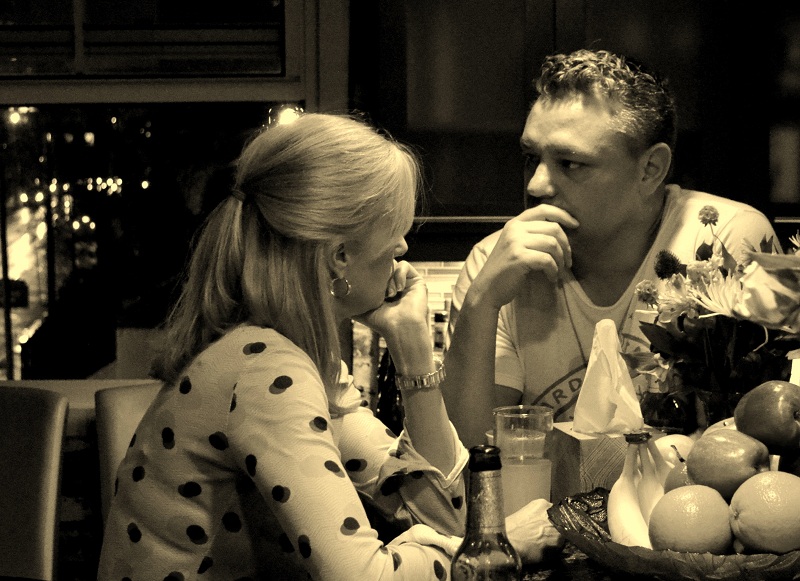