Blues legend Jimmy Dawkins, famous for his West Side Chicago Blues sound, has passed away

James Henry "Jimmy" Dawkins (October 24, 1936, Tchula, Mississippi - April 10, 2013) was an American Chicago blues and electric blues guitarist and singer. He is generally considered a part of the "West Side Sound" of Chicago blues. He moved to Chicago in 1955. He worked in a box factory, and started to play local blues clubs, gaining a reputation as a session musician. 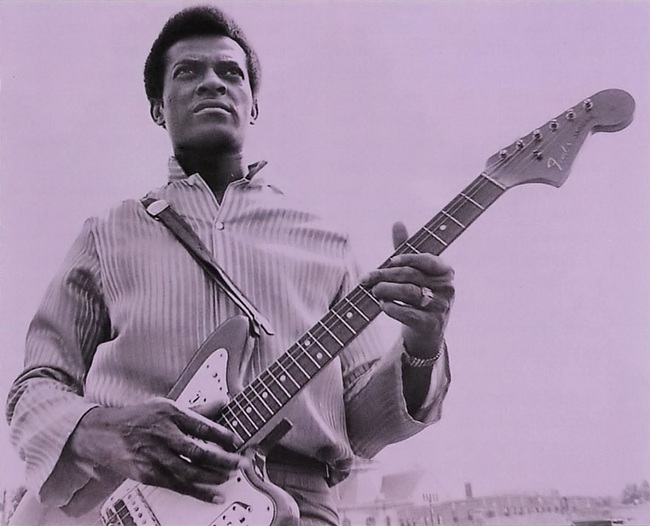 In 1969, thanks to the efforts of his friend Magic Sam, he released his first album Fast Fingers on Delmark Records, winning the "Grand Prix du Disque" from the Hot Club de France. In 1971 Delmark released his second album All For Business with singer, Andrew "Big Voice" Odom, and the guitarist, Otis Rush. Dawkins also toured in the late 1970s backed up by James Solberg (of Luther Allison and The Nighthawks fame) on guitar and Jon Preizler (The Lamont Cranston Band, The Drifters), a Seattle based Hammond B-3 player known for his soulful jazz influenced style. Other musicians that toured with Jimmy Dawkins in the late 1970s were Jimi Schutte (drummer), Sylvester Boines (bass), Rich Kirch and Billy Flynn (guitars). With this combination of musicians Dawkins also toured Europe.

Dawkins began to tour in Europe and Japan and recorded more albums in the United States and Europe. Dawkins also contributed a column to the blues magazine Living Blues. In the 1980s he released few recordings, but began his own record label, Leric Records, and was more interested in promoting other artists, including Taildragger, Queen Sylvia Embry, Little Johnny Christian and Nora Jean Wallace.

While his nickname was “Fast Fingers”, it was something of a misnomer. “Dawkins’ West Side-styled guitar slashes and surges,” wrote Bill Dahl in the liner notes for the reissue of his album Fast Fingers, “but seldom burns with incendiary speed.”