An Interview with the Blues Ambassador of Arkansas, Eb Davis: The Blues means to put it very simply the truth

"The Blues is the only music that speaks across the boundaries, languages, cultures, and experiences of the human race."

Eb Davis was born in 1945 in the Delta town of Elaine, Arkansas and raised in Memphis, Tennessee. In the sixties he moved to New York where he spend many years performing before moving to Germany.
When EB was about fourteen, he left Arkansas and the ‘country-life’ behind and moved to Memphis, which at that time was truly the home of the Blues.
In Memphis, EB met Eugene Goldston. He owned the 521 Club in Booklyn and EB moved to New York to work for him. 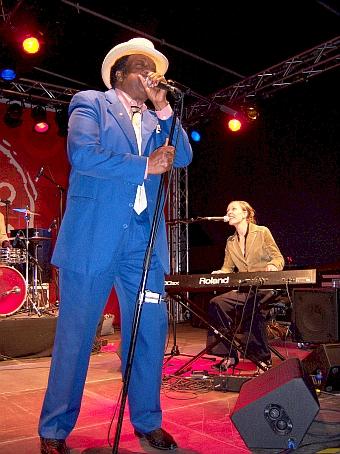 EB and the ‘Soulgroovers’ soon became one of the most important touring bands of the soul and blues era. Regularly touring with and supporting people like Rufus Thomas, Wilson Pickett, Isaac Hayes, Ray Charles and B.B. King. Members of the band later becoming part of James Brown’s JBs and the Isaac Hayes Movement.After the band break up, EB started singing with ‘The Drifters’ and worked with them in Europe for the first time.
One thing lead to another and from there came the Radio Kings and then ‘The Superband’.
EB Davis has more than 19 recordings to his name and can be heard on numerous other recordings as a guest; a career of more than 7000 concerts in more as 60 different countries. He has been invited to give lectures and seminars on the history of the blues and is the only bluesman to appear at the Posnan and Bratislava State Opera Houses.
He has appeared in five movies to which he contributed songs to the soundtrack including ‘The Innocent’ with Anthony Hopkins and his music has been covered by other artists such as the great Guitar Crusher and Mick Taylor of the Rolling Stones. EB is a yearly hit at many of the major festivals of Europe and America, where he recently played the King Biscuit Blues Festival in Helena, Arkansas.
In 2008 EB Davis was inducted into the Blues Hall of fame as an official Blues Ambassador to the state of Arkansas. He was also in 2008 voted by The Deutsche Rock music Verein as the best R&B singer in Europe. In the same year he was invited by The 52-piece Jobst Liebrecht classical orchestra to headline the classical open-air festival in Hellersdorf Germany. 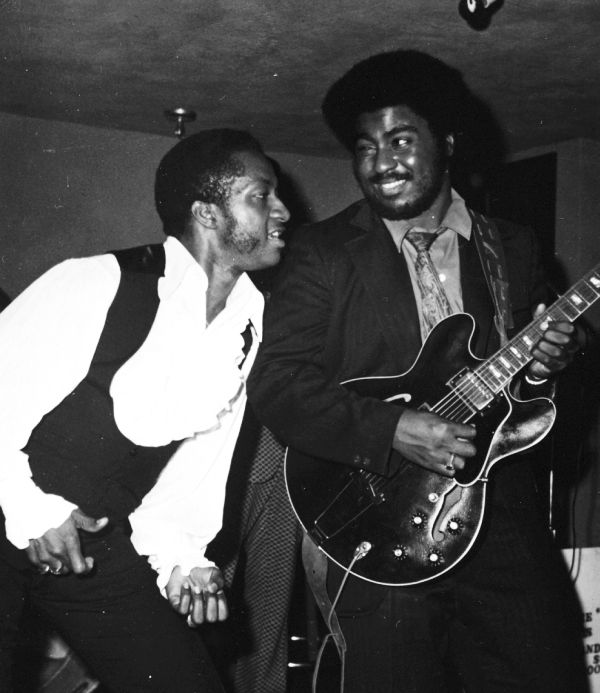 What does the BLUES mean to you & what does Blues offered you?
To me the Blues means to put it very simply the truth. Because it is a music that tells the truth of a people and their feelings, thoughts, struggles, and joys. It puts into words and music the everyday lives of a people. What it has offered me is the chance to travel around the world and meet so many different kind of people and see so many memorable places in this world that I never could have imagined otherwise. It has offered me the opportunity to be the Blues Ambassador to the state of Arkansas and to be inducted into the Arkansas Blues hall of fame. The chance to have people go into the best known Blues museum in the world in Clarksdale Mississippi and to see the statue of myself standing between Pinetop Perkins and Muddy Waters.

Do you think that your music comes from the heart, the brain or the soul?
My music comes from the heart, brain, and the soul. The heart because when I sing it I feel exactly what I'm singing and expressing. The brain because I try and have the know how to bring across to my audience what I'm conveying. The soul because something that I cant truly feel or understand then I will not do it. I put all three into every performance, no matter how small or large.

How would you describe your contact to people when you are on stage?
My contact to my audience is very intimate because I try to read them before I enter the stage and then connect to the likes and dislikes of the biggest portion of them. I have my little tricks that I use to rean an audience but I'm saving them for the book. 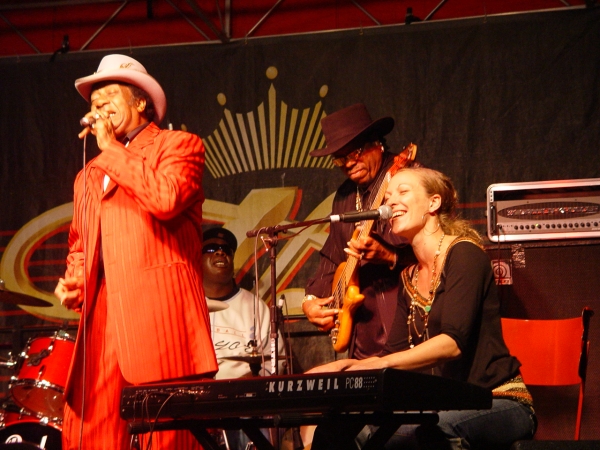 Which was the best moment of your career and which was the worst?
There have been so many good moments in my career that it would be impossible to name them. Some of the best moments are happening right now every time I take the stage because I have a long-standing fantastic band with some of the members being with me already for more than twenty years. They make my moments good by laying such a groove for me when I take the stage that I can just ride the groove they are laying and feel totally free to do what I do. One of my worst moments was performing in a venue in the state of Missouri and having to remain in the kitchen during the intermission because being Black it was forbidden to mix with the white audience.

Which artists have you worked with & which of the people you have worked with do you consider the best friend?
Just to name a few of the artists  that I havce worked with would include BB King, Junior Wells, Wilson Pickett, Millie Jackson, Sippie Wallace, Issac Hayes. Buddy Guy. I have worked with so many different ones it would be impossible to name them all. Some of my best friends would go back to the days of the Drifters. 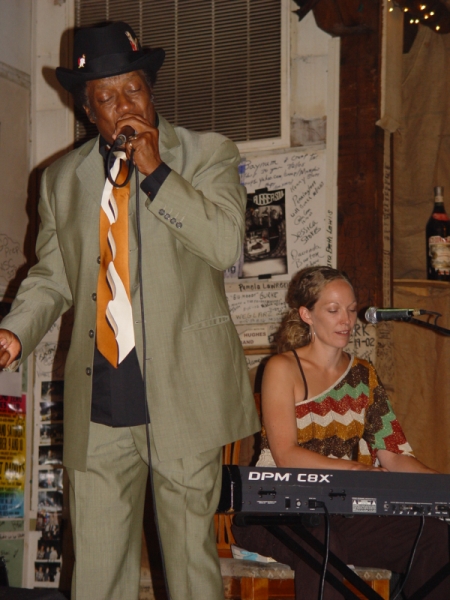 Are there any memories from Beale Street and at the Jam Sessions in Handy Park, which you’d like to share with us?
In Handy Park watching people like Albert King, Junior Parker and the great Bobby Bland. Mr. Bland was the one that went on to be a great influence on me and I often include a tribute to him in my shows.

Are there any “blues memories” of all these “blues cats” which you’d like to share with us?
A special memory would be of Junior Parker sitting on the back of his fish tailed cadillac on beale street just chatting with the people. Or Roscoe Gordon being the absolute charmer of Beale.

From whom have you have learned the most secrets about blues music?
That would probably be Ike Turner because he was an astute business man.

I wonder if you could tell me a few things about your experience with Rufus Thomas, Wilson Pickett, and Ray Charles.
Wilson Pickett was a fesity little guy that was not afraid of anything. He wouldn't back down. I recall an incident where he slapped the drummer because he was not playing the correct beat. The guy was almost 7 feet tall and weighed nearly 300 pounds. He picked Mr Pickett up by both hands and had him hanging in the air. But he was a good natured fellow and did not hurt him. Rufus Thomas was quite a showman. Always a big smile and making everyone feel good. Outrageous costumes, good show, and a fantastic band. He was always an audience favorite. Ray Charles was such a big star it was hard to get near him because he was always surrounded by handlers, hangers on, etc.etc.

Tell me a few things about the “official Blues Ambassador to the state of Arkansas”, how that came about?
The ambassador thing came about because Mr. Mike Dolins of the Arkansas Blues association was aware of my long history in the Blues and the many things that I've done and he made it happen. 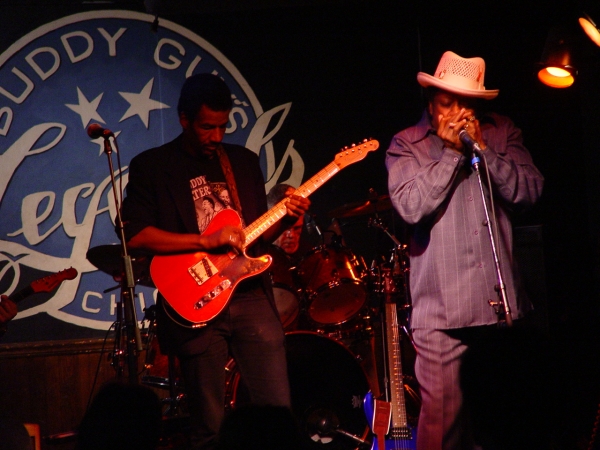 If you go back to the past what things you would do better and what things you would a void to do again?
The thing I would do is get serious about the harmonica and learn to be a much better player. I would also continue playing the guitar. I gave it up to concentrate on being a front man. I would avoid playing in some of the places that I've played where the music did not belong and was not appreciate.

From the musical point of view is there any difference between US Blues & European Blues?
There is a basic difference in the music for the simple reason that it is a language. and the Blues is basically based on the understanding of the intricacies of the American language. There would not be an American that could present European music the way a European can. Other than that, it is a music for everybody because it is based on something that everybody has feelings.

What is the difference between a musician living and working in the U.S. and one in Europe?
There is not a big difference now because many of the musicans are working both sides. However, you will find that in many instances Europeans will view the music as an art form (which it certainly is) and many Americans does not. 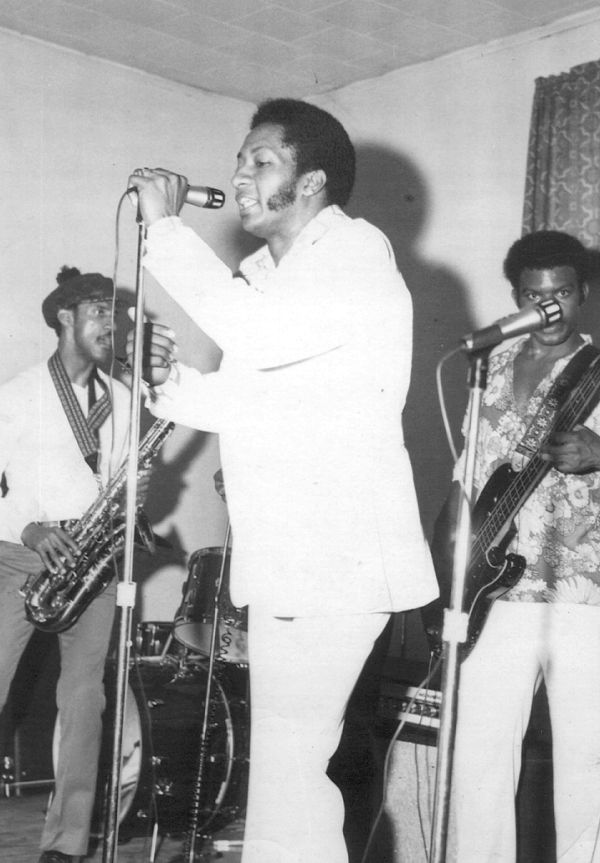 How has the blues business changed over the years since you first started in music?
It has changed in the was that now there are not the hundreds of venues that existed when I started out and other forms of music has come along and basically pushed the Blues onto the back burner. When I started out the Blues was played from one end of the country to the other.

Some music styles can be fads but the blues is always with us. Why do think that is?
So long as there are people there will be Blues because it is the only music that speaks across the boundaries, languages, cultures, and experiences of the human race.

Which of historical blues personalities would you like to meet?
I think the most interesting would be Sam Chatman and Charley Patton. Would also like to meet Charley Burse. He is the reason for the creation of Elvis.

Do any of the blues standards have any real personal feeling for you & what are some of your favorite standards?
I'm not so much involved in the standards because I think the music should constantly evolve and speak to what is happening at the time.

Who are your favorite blues artists, both old and new, what was the last record you bought?
Most of my favorite Blues artists are relatively unknown but they bring to the table things that should make them not unknown. For example the Blues piano player Nina T. Davis or the all around Blues musician Tom Blacksmith. Jurgen Bailey is a favorite guitarist. 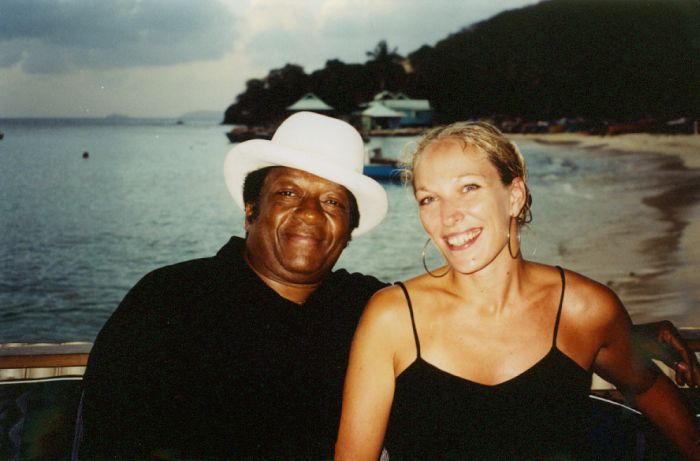 What advice would you give to aspiring musicians thinking of pursuing a career in the craft?
If you're not serious about it, leave it alone. The real Blues audience knows their music and you cannot jive them. So learn your craft. And dont go into it if you're thinking you're going to make a lot of money. If it is not for the love of the Art form then you're better off being a doctor or a lawyer.

What’s the best jam you ever played in? What are some of the most memorable gigs you've had?
I've had so many special jams it is hard to single out any one. One that stands out is Luther Allison and Bo Diddley Junior. We used to have some fantastic head cutting jams in Great Neck New York. Some of the most memorable gigs I've had was being invited to front a 52 piece classical orchestra in Hellersdorf Germany or performing in the state opera houses in Poland and Slovakia. 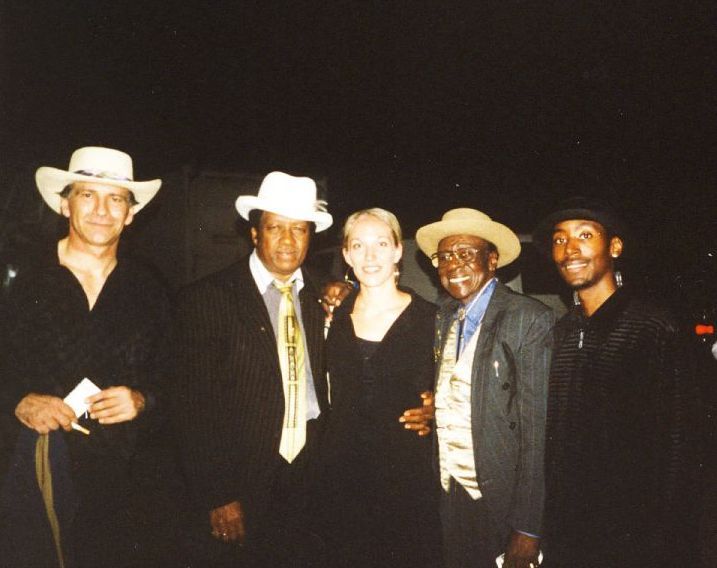