Traveler, musician, painter & author Hammond Guthrie talks about the experiences of life and his friends

"Living life one ‘in the moment at a time; death is just a breath away."

Hammond Guthrie is a well traveled painter and author currently living in Portland, Oregon, and whose oil paintings hang in private collections and in museums such as the Stedelijk in Amsterdam. His memoir "AsEverWas" (2001) will be re-released in soft cover and Ebook editions (June 2013) by Jorvik Press in Portland. 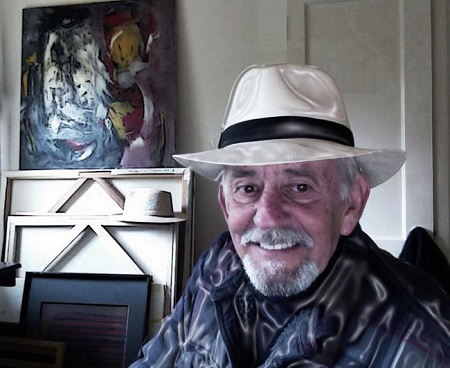 Over the years of near constant travel (from L.A. and San Francisco to London, Amsterdam, Tangiers, and back again) he met and was befriended by a number of Beat artists and authors such as Liam O'Gallagher, Lawrence Ferlinghetti, Del Close, Gregory Corso, Allen Ginsberg and William Burroughs among them. Guthrie encounters Acid Tests, The Mothers, Buffalo Springfield, Richie Havens, Hoppy Hopkins, UFO Club, International Times, John Fowles, Paul Bowles, Tennessee Williams, and more. At present, the author is working on a second memoir "Biopathic Tendencies" to be released in the Fall of 2014.

When was your first desire to become involved in art?

I painted my first oil on canvas board at the age of eight, and although I had no idea that it was “art” my maternal grandmother had it professionally framed at the Met in NYC.  It hung on the wall in her office at the LA Times (where she was Fashion Editor for 18 years.) Over the years she received many compliments on the work, and they would always be amazed by the artist’s age. When she passed away it returned to my possession.  I didn’t really think about what this meant until I decided to take up painting seriously in mid-60s in San Francisco.

What does "ART" means to you?

For me, “Art” is anything of appreciative value, created from nothing, that cannot be defined by the word “furniture”.

What do you learn about yourself from the art? What has it offered you? 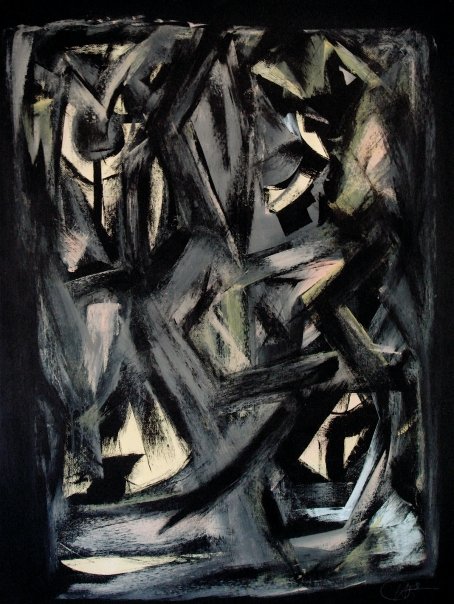 WithOutWords
I say everything
all at once

WithOutWords
I speak the language
of real things

WithOutWords
I learn
the meaning

WithOutWords
balancing
what I say

WithOutWords
getting
in my way.

What experiences in your life make you a poet and painter?

My experiences in life have certainly not made me a “poet”.  I believe true Poets are naturally born to poetic vision, blood and bone, and alas I am not one of their clan, more like a friendly first cousin so to speak. As for being an “artist” I have never attended art school and I have a terrible head for business, so I think of myself more as a non-objective abstractionist.

French Roast and an excellent smoke.

What characterize the philosophy of Hammond Guthrie?

Living life one ‘in the moment at a time; death is just a breath away.

How do you describe your poetry?

I think of them as being observational and opinionated rather than inspirational. I ‘m not so sure they are in fact Poems, so I refer to them as my OpOetics.

NO JOBS TODAY, COME BACK NEXT TIME
Corruption is the inevitable consequence of a society that holds
power, wealth, and status as its most coveted prizes. Politics is business.
That’s what’s the matter with it. __ Lincoln Steffens 1843

Perpetuating industrial pursuits of weaponize Democratic principles
to all comers up and running from the latest crimes against humanity
Remnants of unreasonable doubt, Texit-messages from a gone past

No jobs today, come back next time.

* In the event of indeterminacy please press "0"
we are all pushing a shopping cart somewhere
investigating the cracks at the compound edge. 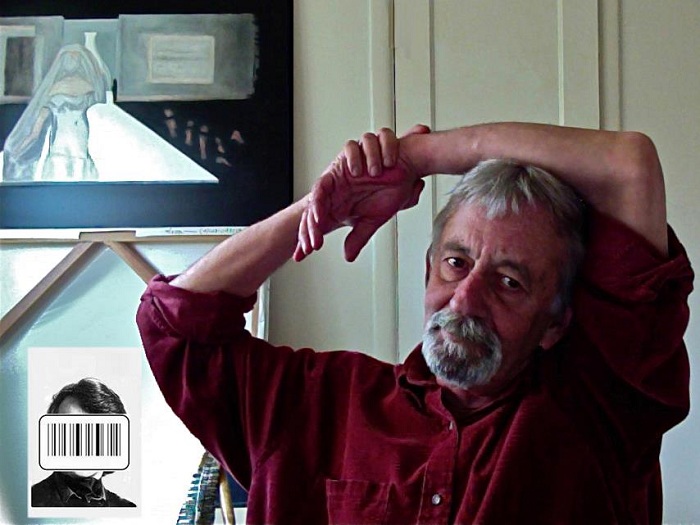 "I believe true Poets are naturally born to poetic vision, blood and bone, and alas I am not one of their clan, more like a friendly first cousin so to speak."

What is the relation between Acid culture, art, music and poetry?

“Acid Culture?” If by this you mean the overall mass of individuals who took a dose or more of LSD then I believe the relation is largely one of individual perceptions and perspectives that may have been altered or enhanced by the LSD experience.  As for poetry, most all of the acid poems I’ve read were indecipherable.

Why did you think that Beats continues to generate such a devoted following in new generation?

Restless dissatisfaction with a socially and politically unacceptable milieu mixed with good dose of nostalgia and courage. Unfortunately, the external and internal freedoms necessary to just drop everything and “Go!” are a thing of the past.  Transportation was as cheap as your thumb, and the counter-cultural connections were everywhere if you knew where to look. As my dear friend Hube the Cube (one of the original Beats) once said to me: “The only successful Beats were the ones who got away.”

You have been traveling around the world. What are your conclusions?

My conclusion is that the world is basically screwed on all fronts. Watch your backs.

What inspires you from the world art?

I stopped being truly inspired by the art world when Wlm. deKooning died and the “Art World” became one big Ad agency for artistic personalities. 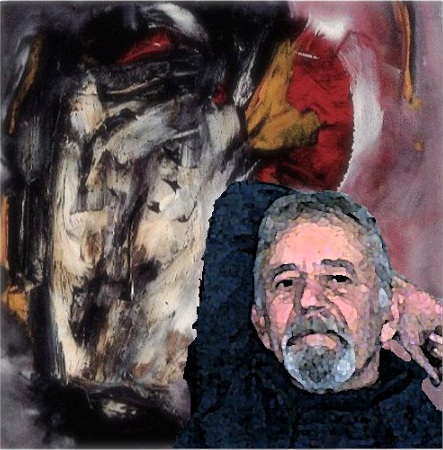 One that always stands out to me is the day I was toured around the Museum of Science and Industry in Los Angeles by psychologist and humanistic philosopher Eric Fromm and his lovely wife in 1957.  We came to a odd looking display and Dr. Fromm introduced me to “The Stringless Yo-Yo.”  This odd perpetual motion toy was just a bent piece of wire with a magnetized wheel that ran around the wire with gravity as it turned on a pivot. Years later when I was living in London my friend Hoppy Hopkins introduced me to Harvey Matusow the inventor of the curious toy. Over time, Harvey and I became friends and I began to learn about his rather dark history. During the infamous HUAC trials during the 1950s, Harvey was hired by then Sen. Joseph McCarthy to act as a mole for the FBI in Hollywood, but Harvey turned the tables on the government by lying under oath (he nonetheless had sent many people down due to their supposed Communist connections). Harvey was convicted for contempt of court and sent to prison in Danbury, Conn. Here, Harvey met and befriended one Dr. Wilhelm Reich during the final months of the Dr.’s life.  It’s a long story.  When Harvey passed away The 3rd Page Journal presented a short overview of his life from some of the people who knew him.

Do you have any amusing tales to tell from your experiences with Paul Bowles, Allen Ginsberg and Ferlinghetti?

The only time I spent with Paul Bowles in Tangier I was completely wasted on opium so I don’t remember very much beyond him sitting there, wrapped in Burberry and wearing a wonderful sun hat as he stared at his glass of mint tea.  This non-meeting made up for itself one afternoon when I was introduced to Tennessee Williams (also in Tangier), and who was so drunk he couldn’t even say his own name.

Allen and I had many meetings around the world (bless he departed heart) but I suppose the reading we gave in Amsterdam along with poet Amri Biraka at the Melkweg (Milky Way) stands out for me due to my embarrassment during the introductions. The late Dutch Poet Simon Vinkenoog was our emcee for the evening and he had one or two too many drinks before the reading, and introduced me as a young Jack Kerouac! I nearly died on the spot, Allen laughed and slapped me on the back as Amri just shook his head. I was mortified and began reading a few of my worst poems until the crowed was about ready to boo me off the stage.  I then introduced my bass accompanment for the eveining, Arjan Gorter ( a well known double bass player in the Amsterdam Jazz scene) and we began my set properly with my rather loud work «Sometimes I Wake Up Screaming.»

Then there was the day I went up to Lawrence’s studio in North Beach with some hair-brained idea for a poetry benefit.   Lawrence was usually always glad to see me but on this day he was preoccupied and to shut me up he said: “Here read this,” and handed me Kerouac’s original hand written manuscript of his “Scriptures of the Golden Eternity.” Obviously I never returned to the subject that took me there in the first place. 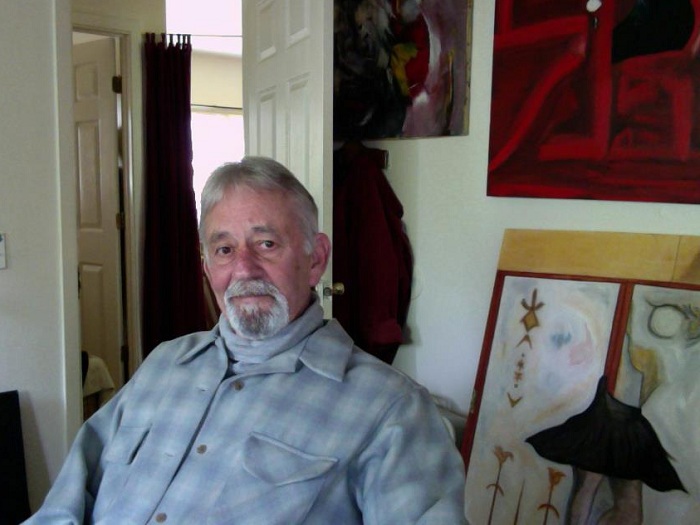 I don’t think I listened to the best advice ever given to me. As for offering up some advice to the new generation I say:“Unplug yourselves before you miss life altogether!”

Which memory from William S. Burroughs makes you smile? What are you missing most nowadays from him?

Remembering William’s brown fedora resting on a wooden stool by the door in his London Duke Street St. James apartment makes me smile and turning him on to opiated hashish makes me laugh.

I miss the decade of experimentation we explored with Cut-Up writing and to which I was one of the last credited participants of the ‘movement’.  As a result William was kind enough to send one of his publishers to me when I lived in Amsterdam.  Udo Breger of Expanded Media Editions went on to release my book of cut-up improvisations “Belfast Insert” in the early 70s.

Are there any memories from all those great musicians you have met which you’d like to share with us?

Meeting them all has been an honor and a joy for so many reasons.  Being introduced to Muddy Waters by my good friend Richie Havens always jumps to mind. Richie and I were sitting on the floor of the Avalon Ballroom in SF smoking a joint. Up walks a nattily dressed black man in a three-piece suit and sits down with us. Richie says to me ~ Hammond I’d like you to meet my friend Muddy Waters” and passes Muddy the joint. If I had been standing I would have fallen over but sitting I said to Muddy: “Do you have any idea how meeting you just blows my mind!” Muddy takes a toke and said, as he passed me the joint “Ain’t life a bitch?” Richie rolled on the floor with laughter. 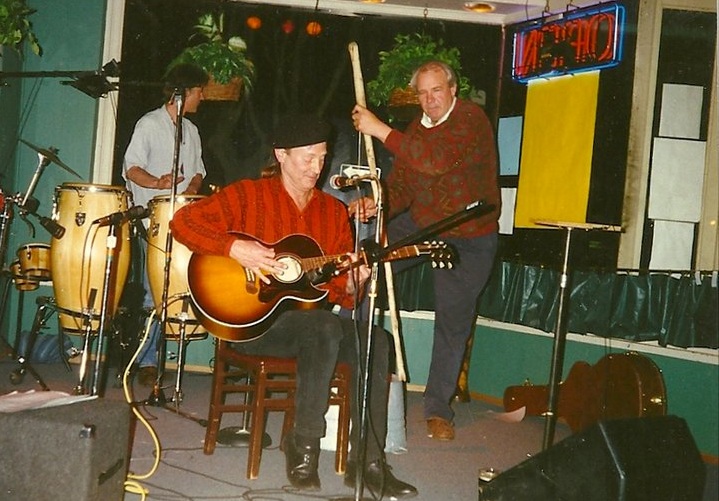 One copy if the I Ching, and two tickets to the last Rolling Stones concert.

Dutch Provo Artist, friend, and mentor, Robert Jasper Grootveld and myself sitting at a table in a suburban railway-station drinking Advocaat from long stemmed glasses.

I don’t think I listened to the best advice ever given to me.  As for offering up some advice to the new generation I say: “Unplug yourselves before you miss life altogether!” 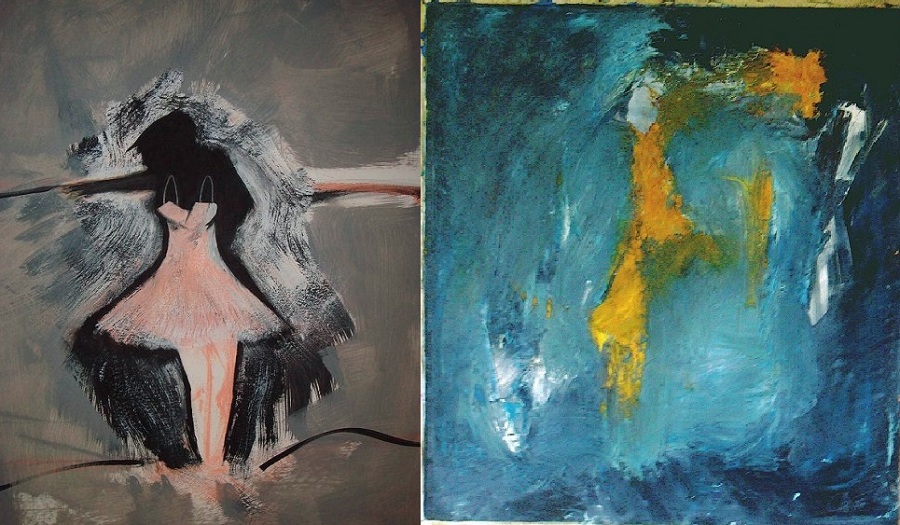