"No doubt that Blues, Rock & some Country helped cross racial boundaries. This is a history question & deserves the content of a thesis which I know is out there. As we know music was a huge part of political, social & racial change in the 60’s. Young people were listing to Blues, Rock, Folk & Country which were all part of the change."

Patrick (Pat) Campbell is a veteran musician from California. Many of you might recognize his name from any one of the Bay Area bands he's been in or some of the incredible bass work he has contributed to the groove of many other artists. He has performed/recorded with Big Joe Turner, New Riders Of The Purple Sage, Lowell Folsom, Michael Bloomfield, David Nelson, Jerry Garcia, Mark Naftalin, Ramblin’ Jack Elliott, Bernie Leadon, Keith & Donna Godchaux Band, Tommy Tutone, Sal Valentino of the Beau Brummels, John Sebastain, Tracy Nelson & Bluegrass alumni’s Rose Maddox, Chubby Wise, Don Reno, John Herald & Frank Wakefield. Pat’s musical genres span from the Mussel Shoals sound, R & B, Bluegrass, Country, Western Swing, Blues, Rock n’ Roll and he has worked with songwriters throughout California and the United States for over 45 years. 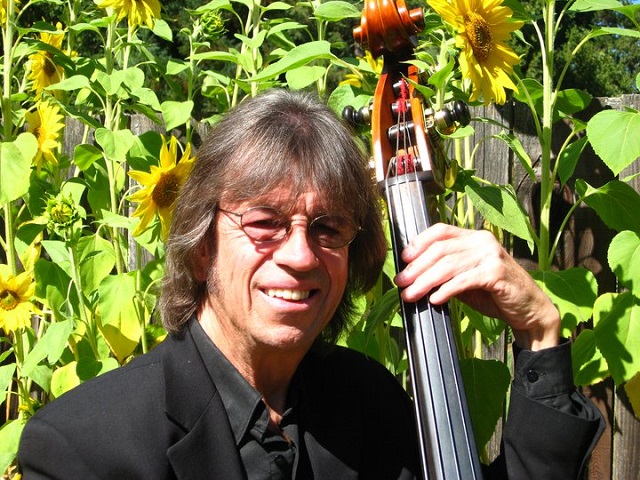 Pat's dedication to making sure the bottom is solid and fluid all at the same time is definitely felt and his approach to any instrument he plays and musical style is definitive. He will sum it up in one simple quote “It’s all about groove & feel. Pat Played in local Stockton bands: The Select Four, Sass and the Unsane, Buckwheat, Second Nature, Featuring His Daughter, The Rest, The Lonnie Davenport Trio, Western Union, Hero's and the Dirk Hamilton Band, just to name a few.

How has the Blues and Psychedelic culture influenced your views of the world and the journeys you’ve taken?

Well thanks to the Rolling Stones & also local musician, Gary Wagner (Parish Hall) who is a mentor I found out about the Blues. Growing up in suburban north Stockton, CA I didn’t know about Muddy, Jimmy Reed, Howlin’ Wolf, Chess records & Robert Johnson. The closest I came to Blues at that time was Chuck Berry. After my first listening of The Rolling Stones “England’s Newest Hit Makers” LP the flood gate opened & I couldn’t get enough so I started playing music. Blues & R&B made sense to me. What is called R&B now is NOT R&B. The Dead were the definitive for my “Psychedelic” exposure & I wasn’t experiencing LSD at the time. Psychedelic which was “Live Dead” which influenced me to start jamming. Our band started doing Viola Lee Blues & Morning Dew off the Dead’s first LP & I learned to jam on the one chord letting the time go & then come back to the groove. That took another turn when LSD came my way & on to a whole other adventure.

How do you describe Pat Campbell sound and songbook? What characterize your music philosophy?

Well I don’t really have a “songbook” because I’m usually playing bass backing up the songwriter in the rhythm section which I really enjoy.  I have written a few songs & helped arrange countless others. Songs that tell a story, take me somewhere or introduce me to a character are my favorite. As for musical style I’m pretty much up for playing anything. I enjoy some Jazz & Classical but I don’t know those genres. I like the bass to be evenly heard & not overbearing. I use different basses & techniques for the sound & feel I think the material needs. I might use an upright, solid electric, hollow electric, play with my fingers or sometimes play with a pick to get the sound I want. Being sensitive to the vocalist, finding the right “groove” & not over playing is my basic philosophy.

In the words of great Little Feat drummer, Richie Hayward “never mistake a rut for a deep groove.” 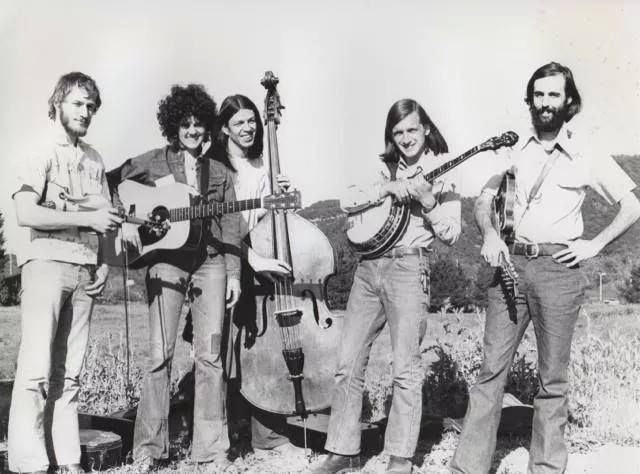 "In John Lennon’s words “We don’t want to change the World”, but if the reality would be that John could have lived out his natural life that would be wonderful." (Pat Campbell with Western Union, San Francisco 1975 / Photo by Karen Walter)

Well the first Bluegrass band I was in, Western Union with Robert Earl Davis (the Earl Bros), Brantley Kearns & Suzi McKee changed my musical path so they are very important in my book. After Western Union came John Herald, Frank Wakefield, David Nelson, Jerry Garcia, Big Joe Turner, Mark Naftalin & Michael Bloomfield. Also working with Bernie Leadon (The Eagles) & Craig Fuller (Pure Prairie League) as producers in the studio was very important. Advice? “Try feeling the grove in your gut”, David Nichtern (Midnight At The Oasis). “Slow it down a little”, Jerry Garcia in the studio, “you don’t need to hear the bass to feel it”, Tommy Tutone Heath while getting levels in the studio.

Are there any memories from Big Joe Turner, Lowell Fulson, and Mike Bloomfield which you’d like to share with us?

I was nervous about the Big Joe gig so I showed up early because there was no rehearsal. Mark Naftalin was there too. Man he was so nice & welcoming I that I was able to relax. I was introduced to Big Joe & I asked him what songs he was thinking of singing. Joe put his hand on my shoulder & said “son everything is in C fast or slow.” What a gentleman, I really miss him. Bloomfield was also very nice & fun to hang with. One night it was pouring rain & 15 minutes or less till show time & no Bloomfield. Just as we were getting on stage in comes Bloomfield soaking wet, no guitar case & a curly cord hanging from his guitar. He gets on stage, sits on the amp, tunes up & away we go with an instrumental in Bb for the horn players because everything else was in C. Bloomfield would stay at my apartment during those shows (we were dating 2 cousins) & when I woke up around noon Bloomfield was gone & his date was still there. Mark Naftalin is a very nice guy & of course great musician whom I’m still in contact with. Those Big Joe shows were recorded by Norman Dayron & the CD is called 'Shake Rattle & Blues'. In John Lennon’s words “We don’t want to change the World”, but if the reality would be that John could have lived out his natural life that would be wonderful.

What were the reasons that made the 60s to be the center of Psychedelic Folk/Rock researches and experiments?

Well as we all know the US government was testing LSD on interested subjects at the time & it was a legal substance then. I think the center of “Psychedelic” & the real experiments happened at the trips festivals/acid tests when Owsley started making LSD & everyone indulged. The band (The Warlocks) could hardly play due to the LSD & started playing in free form which eventually became part of the ongoing musical experience. Meanwhile Folk musicians like Paul Kantner decided to get an electric Rickenbacker 12 string guitar & start a band called the Jefferson Airplane & “Folk Rock” was being created. Dylan went electric & times were a changing & what a great time it was.

What has made you laugh from Jerry Garcia and what touched (emotionally) you from Ramblin’ Jack Elliott?

Jerry made me laugh a great deal in conversation & he always made me feel like I knew exactly what he was talking about even when I did not sometimes. But one night at Winterland Jerry told Bill Cutler & I that one of the band members would walk back to his amp to make an adjustment in the middle of the first song of the night & said the band member did this all the time & I guess Jerry thought it was sort of funny. So when the band started Cutler & I were watching from stage left (Jerry’s side at that time) & sure enough the band member did just what Jerry told us he would do. Jerry then turned his head, looked at us over his rose colored glasses, smiled & nodded his head. Cutler & I just cracked up.

The first time I met Ramblin’ Jack was when I was playing with John Herald & we were on the bill with Jack. In the last 10 years I have had the pleasure to back Jack up a few times & get to know him a little. He isn’t called Ramblin’ Jack for nothing that is for sure. What touches me about Jack is his love of boats, horses, cowboy poetry & telling stories. I feel very lucky to have experienced the world of Ramblin’ Jack.

I feel Rock is a byproduct of Blues. In the day of Jimmy Reed & Robert Johnson R&B was “rural Blues”. No doubt that Blues, Rock & some Country helped cross racial boundaries. This is a history question & deserves the content of a thesis which I know is out there. As we know music was a huge part of political, social & racial change in the 60’s. Young people were listing to Blues, Rock, Folk & Country which were all part of the change. Elvis’ first 45 had a hit written by Arthur Crudup on one side playing on R&B stations & the other side a song by Bill Monroe being played on country stations. So the rules were changing & I hope they keep changing.

Oh that’s an easy question. I would like to spend that whole day at one of the first “Trips Festivals” with Kesey, Cassidy, Wavy, The Warlocks, all the characters & try that magic Kool Aid. I might get lost & never return! 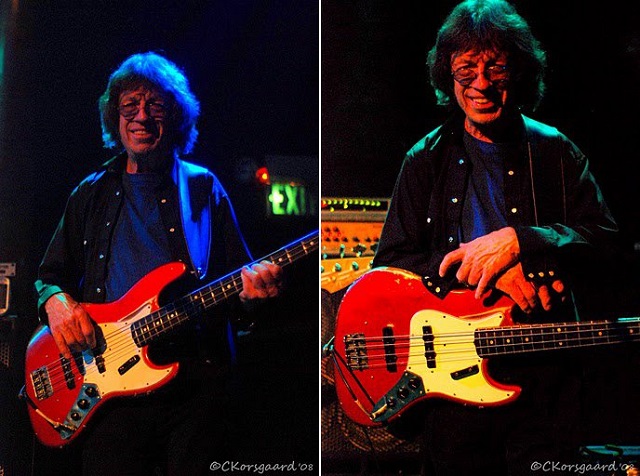