"The Blues is more of a language. It has changed to accomodate modern themes but, the over all sound and feel will never change."

Tommy McCoy started playing guitar at the early age of 8, in 1962. Quickly learning from 3 formal lessons and then picking it up from there. Having played professionally over much of N.E. Ohio from 1967-1976 between Cleveland and Youngstown, Tommy moved to Florida, opened up a used record store and started a Blues band. 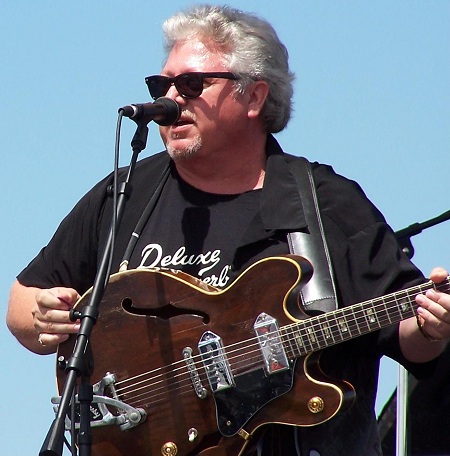 The Backdoor Blues band turned into the Screamin' Bluejays. In 1980, Tommy met Stevie Ray Vaughan. The two became friends and spent numerous times together down in Florida. For one year, 1986, Tommy went to San Francisco and recorded his first album (with Mark Hummel). He returned home and toured the S.E. with Johnny Thunder. In 1990 Tommy hooked up with John Street in St. Petersburg and joined The Telephone Kings (including 3 former members of the Gregg Allman Band). Two years later Tommy was working on his first solo CD project and went to Austin, Texas and recorded 6 songs with Chris Layton and Tommy Shannon. He had become friends with them during his friendship with Stevie Ray. This CD was released as "Love N' Money". In 2002 Tommy recorded in legendary Kingsnake studios with Lucky Peterson on B3 organ. Produced by Rock Bottom, "Lay My Demons Down" was an internationally acclaimed CD and received worldwide airplay. This led to Tommy's 2 tours of the UK. His first festival over there (Blue Dragon), he was voted #1 artist, by peoples choice. "Live in the UK" resulted from these tours. Tommy's next project was a collaboration with his brothers. "I met 2 people in 2 weeks, who both knew Levon Helm and Garth Hudson. We all got together in Levons barn studio in Woodstock, New York and recorded an array of Americana, Blues, Roots rock and 'Band' style originals, I wrote, along with Doug Thomas and my brother Gary". Tommy has just released his 6th CD "Kickin' the Blues" with special guest Commander Cody. Tommy's latest release, "Late in the Lonely Night" is a contemporary style of rock blues pushed by a strong base and stinging guitar riffs with Tommy has wrote 9 of the 11 tracks. Tommy, what made you fall in love with the blues & how do you describe your music philosophy ?
I am endeared to the blues for its simplicity and emotional content. You can easily translate your feelings through the Blues music form and it allows you to communicate on many levels your thoughts and conditions.

What characterize McCoy's blues?
My Blues are varied and reflect what message I am trying to convey. I am mostly a contemporary blues, electric  guitarist. My roots include 50s traditional elect blues, Americana and early Rock and Roll.  My recording style has become less and less produced with a bare bones structure.

What does the BLUES mean to you & what does Blues offered you?
The Blues is my world. I have lived in it’s house and worked to maintain its survival. I am not in it for the money.... I am a creative songwriter and guitarist and the Blues has offered me a stage and a forum for my talent.

What experiences in your life make you a GOOD bluesman?
To start with, 50 years experience and still going strong, speaks volumes.  Having a God given talent is essential and the burning desire to play your best and create favorable music that will enable me to sustain myself. I have also helped many other musicians and have paid out a lot of money to needy musicians.  “A good Bluesman knows when to play his ass off and when to turn it down”. 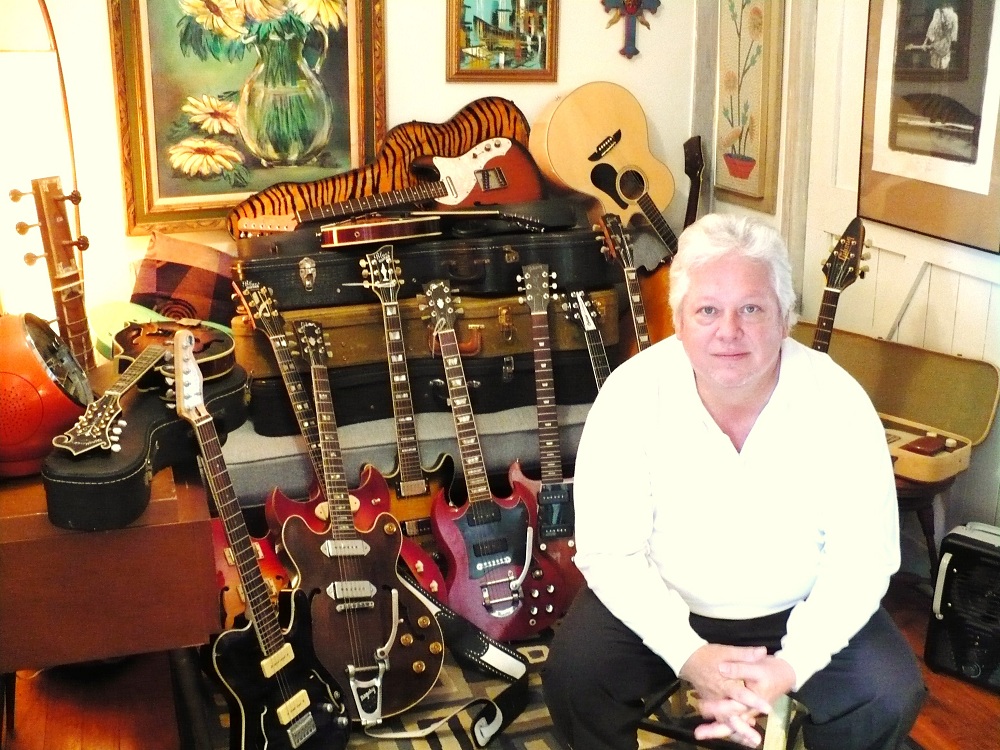 "The Blues is my world. I have lived in it’s house and worked to maintain its survival. I am not in it for the money.... I am a creative songwriter and guitarist and the Blues has offered me a stage and a forum for my talent."

How did you first meet Steve Ray Vaughan, what is the “feel” you miss most from him, nowadays?
I met Stevie in Florida at one of his first tour gigs, at a club in Cocoa bch. We hit it off immediately and were friends till he passed. I miss most, his contribution of the Blues to the masses.

Do you remember anything funny or interesting from your second hand record store?
I used to get all the cool old blues records and make compilation cassettes. I would make these up for Stevie and other friends. The used record store was awesome for my Blues education.

Would you mind telling me your most vivid memory from Chris Layton and Tommy Shannon’ s recording time?
I had spent alot of time with the fellas backstage from time to time so, I was on a friendly basis with them before we ever hit the studio. They were very efficient and pro in the studio. Chris was exceptionally helpful with intros and endings, by recommending his take on it. Tommy Shannon was awesome in that, he would go in the soundroom to listen to the track we had just laid down, He would notate the tape counter number where he needed to fix his track. He would then instruct the engineer to punch him in at those places and he would fix his track in minutes. 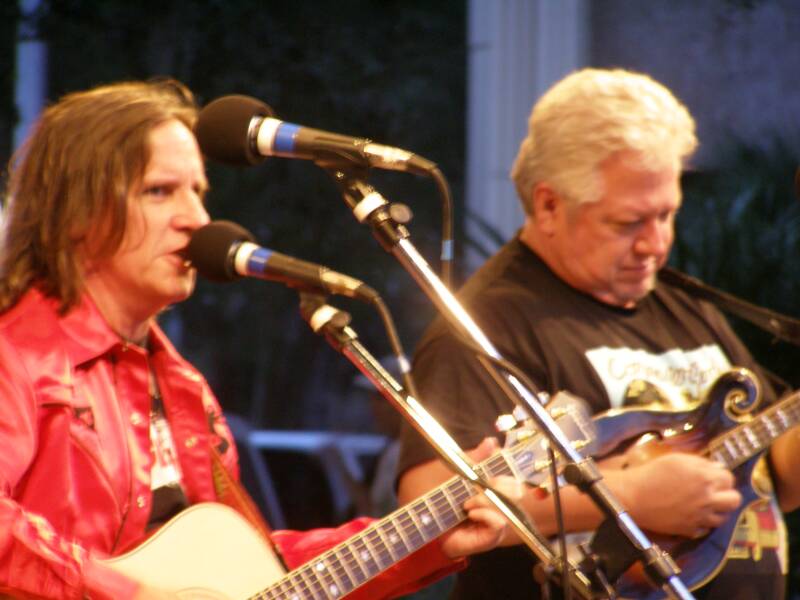 "I always recommend WRITING your own songs, publishing them and collecting royalties. Don’t just bang your head against the wall in these blues clubs forever."

You have played with many bluesmen. It must be hard, but which gigs have been the biggest experiences for you?
I remember touring with James Peterson (Lucky's Dad) at a roadhouse in Oklahoma. The place was packed at 3 AM. He brought the level down so low you could hear a pin drop. I was actually playing my guitar with the volume off and you could hear it. He had total command of that audience. It was amazing. I have also always enjoyed my tours over seas. I first went to Europe with Rock Bottom to play the Nottodden Blues Fest in Norway. That was an eye opener. Also headlining in front of 60 thousand people on New Year's eve was very cool. I played the Star Spangled banner at midnight with fireworks going off overhead.

Are there any memories from Levon’s barn studio in Woodstock, which you’d like to share with us?
I can still see in my mind's eye, Levon sitting behind his drums, recording a song I had written. He had a white sock sitting on his snare drum he would move around to get a different sound. He was the consummate gentleman and professional.

Do you remember anything funny or interesting S.E. tour with Johnny Thunder ?
Well, I got to travel in style and made alot of money. I also met my late wife and proposed to her at Hilton Head South Carolina, while on tour with Johnny. He was a very nice man and talented. He also had lots of stories about the R&B circuit from back in the days of Otis Redding and Sam Cook, he was friends with. 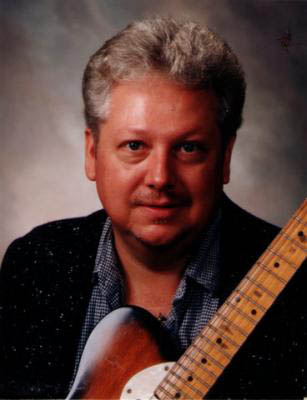 How has the music business changed over the years since you first started in music?
The modern age of computers and the internet has made music available from self produced artists.  I still use the same gear for sound.

Some music styles can be fads but the blues is always with us.  Why do think that is? Give one wish for the BLUES
The Blues is more of a language. It has changed to accommodate modern themes but, the over all sound and feel will never change. That’s what blues is.  I wish Blues would garner the respect and rewards it deserves for the fans and especially the artists.

Which of historical blues personalities would you like to meet?
I love T-Bone Walker and am a huge fan of Chuck Berry. I would love to record with him someday.

From whom have you have learned the most secrets about blues music?
I have always submitted my recordings to Bruce Iglauer for his critique. He has given me insight and reason for writing and creating viable blues music for today's market. He has some of my songs on reserve and has placed songs from my CDs on other artists recordings. "I am endeared to the blues for its simplicity and emotional content. You can easily translate your feelings through the Blues music form and it allows you to communicate on many levels your thoughts and conditions."

What advice would you give to aspiring musicians thinking of pursuing a career in the craft?
I always recommend WRITING your own songs, publishing them and collecting royalties.  Don’t just bang your head against the wall in these blues clubs forever.

Which was the best moment of your career and which was the worst?
Best moment was recording with Levon Helm and Garth Hudson (2 of my childhood idols). Worst moment of my career was when I realized my records were being sold in Europe through a Label there and I wasn’t getting paid for my life’s work. 4 of my best releases were reissued and sold well; I have yet to be paid for.

How do you describe your contact to people when you are on stage and what compliment do you appreciate the most after a gig?
I am one who knows the importance of connecting with your audience. I believe in eye contact and banter with the crowd. You have to involve the people to effectively entertain them. My favorite compliment is always when someone says how my lyrics have affected them in a comforting way.

Why did you think that Southern blues rock continues to generate such a devoted following?
Southern Rock is just amped up blues with modern sounds and themes. It’s alot of fun too and it gives the old rockers something to do.