"Blues to me is an African American gift to the world made in America from black people living the ups and downs of life and living the life. "

Tony Coleman has toured around the planet performing with some of the best R&B and blues musicians ever. Tony can attest to playing drums with B.B. King, Otis Clay, Bobby Blue Bland, Johnnie Taylor, Albert King, Albert Collins, Etta James, James Cotton, Katie Webster, Z.Z. Hill, O.V. Wright, Buddy Guy, and the list goes on and on. Tony was born August 12, 1955 in Kissimmee, Florida. He always knew that he wanted to play drums. He was playing drums with various local bands in Florida until he graduated from high school. 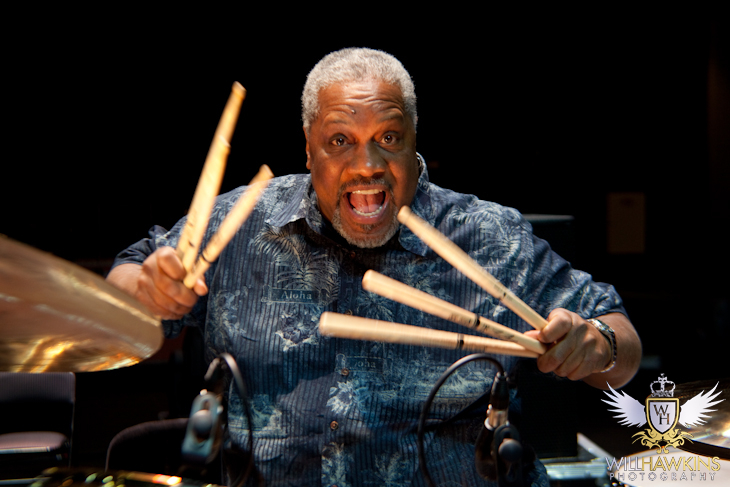 On December 28, 1973 he joined the US Army to get away from his hometown and to explore the world. After 3 years of Army life, Tony realized it was time to pursue his dream of becoming a world-class drummer. He moved to Chicago in the spring of ’77 along with a group of ex-Army partners.
The word got out about this new drummer in town, and before long he met soul singer Otis Clay. After a jam session in a Chicago club called The High Chaparral, B.B. King jammed with Otis Clay’s rhythm section, including Tony. B.B. liked the rhythm section so much that he asked them to join him as his touring band. As fate would have it, Tony was only with B.B. for a few months until B.B.’s ex-drummer returned. Tony toured with Johnnie Taylor for a couple of years and was then asked to join Bobby Blue Bland, with whom he worked for a few years. In the middle of a combined B.B. King/Bobby Blue Bland tour, B.B. needed a drummer and Tony ended up playing drums for both artists for the remainder of that tour – two shows a night. At that point, Tony rejoined B.B. King and has since been touring with Mr. King’s organization performing blues music around the globe. How has the blues changed your life & what do you learn about yourself from the blues and soul music?
Playing the blues has taken me to 96 countries. I have been to some great places that I would have never imagined in my life.  And it has taught me that people around the world all have something in common.

Why do you play Drums & what were your favorite set back then?
I play the drums because it has been in my soul to play drums from birth. My favorite set was a set of pots and pans growing up in my grandmother’s house.

What characterize the sound of Tony Coleman?
My power, my tone, my feel and my snare sound that cracks and pops. 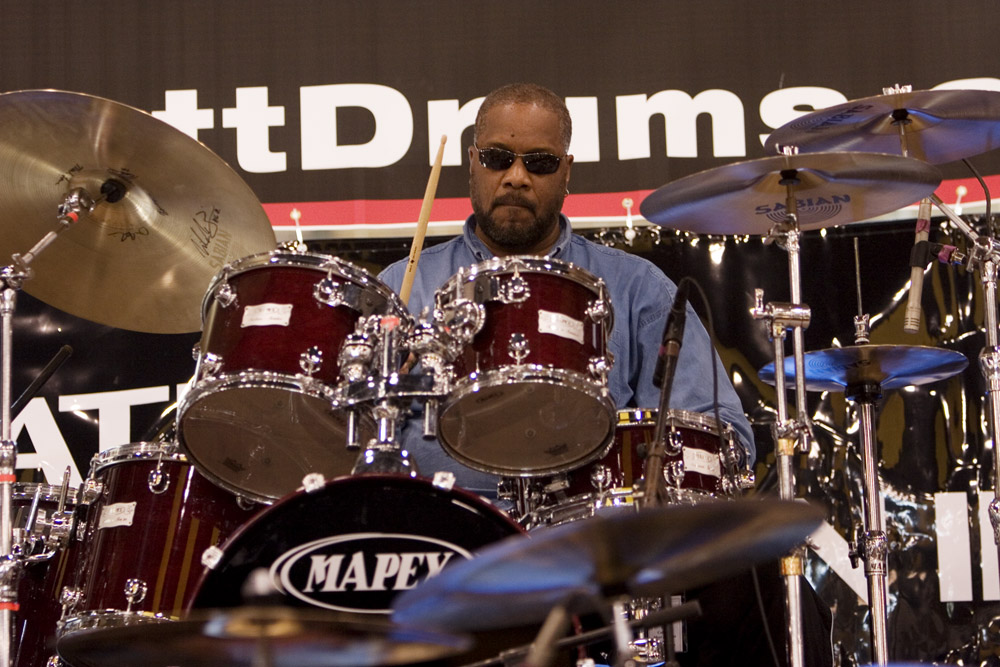 How do you describe your philosophy about the music?
My Philosophy is to make it feel good with dynamics and human elements and not mechanics.

What does the BLUES mean to you & what does offer you?
Blues to me is an African American gift to the world made in America from black people living the ups and downs of life and living the life.

From whom have you have learned the most secrets about the music?
All of the artists I have worked with, but mostly BB King and Bobby “Blue” Bland. What are some of the most memorable gigs and jams you've had?
Every gig and jam is special and memorable.

You have played with many bluesmen. It must be hard, but which gigs have been the biggest experiences for you? And why?
Every gig was special and meaningful no matter whom the artist was or is.  Every jam is special and each of the artists is special.

Are there any memories of all GREAT ARTISTS you meet which you’d like to share with us?
Yes, but I have to write my book. There are too many to tell right now on-line.

With such an illustrious career, what has given you the most satisfaction musically?
To be able to do what I dreamed about as a kid. 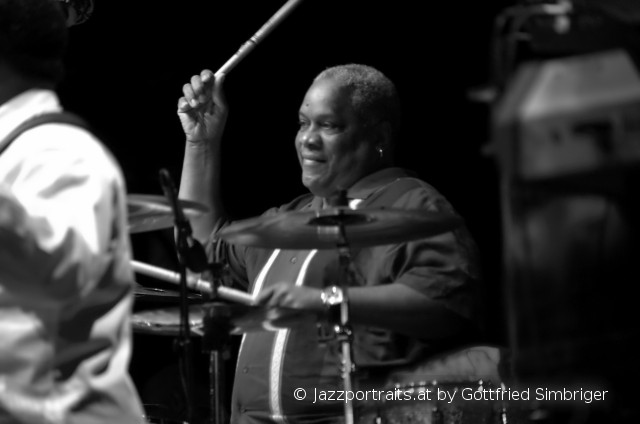 Which is the most interesting period in your life and why?
Musically, it would be 1978 because I left my home and family to find my dream and no one supported my decision.  I got my first gig to my success 90 days later.

What experiences in your life make you a GOOD people…and musician?
I am good because the good is much better than the bad, obviously. But I have met many good people and some bad.  I of course prefer good over bad. I am a better musician from the bad experiences because the bad made me work harder to be good.

What advice would you give to aspiring musicians thinking of pursuing a career in the craft?
Keep it real and don’t give up.

Some music styles can be fads but the soul & blues are always with us. Why do think that is?
Music styles that are fads do not stay with us because fads are fake. Blues and soul is real and cannot be duplicated. 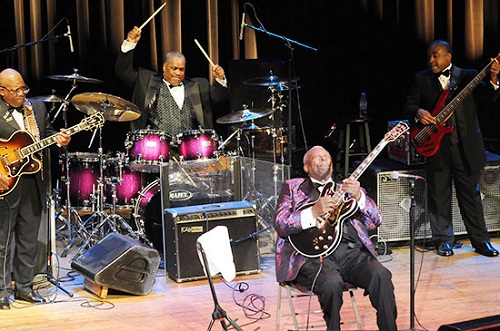 What advice BB King given to you, which memory from BB makes you smile?
All of the advice BB King has given me I remember. I smile and I cry about some of them and there are some I will never share with anybody.

How has the music business changed over the years since you first started in music?
The music today is fads and a lot of it is smoke and mirrors. Not much is real anymore.

Which things do you prefer to do in your free time? What is your “secret” DREAM? Happiness is……
I like to play golf.  I enjoy doing art.
I like to sit on the beach and dream of world peace.  I work on world peace, musically and by any means necessary.
Happiness is being free to be me.