An Interview with singer/ bass player Mark J. Telesca of Blues Dragon: Blues for me is a form of self expression

"My one wish for the blues is that it would reenter the mainstream where it deserves to be because it is emotional and visceral."

The members of Blues Dragon have been a constant on the South Florida music scene for over a decade. A real home grown find, their musical associations with each other go back over ten years. Each member having learned their craft honed their skills with some of the finest musicians in the rock &amp; roll and blues industry. Not only does each member share a fondness for the music they grew up on, they also have a true love for the most traditional music ever to be recorded. 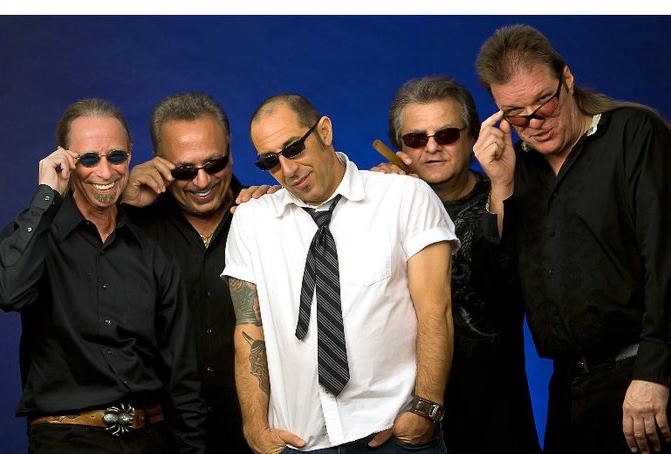 During their live concerts, Blues Dragon delivers their unique interpretations of early American blues and folk songs dating from the mid 1800’s through the 1940's. Though most of their music is pre WWII, the band does deliver some Willie Dixon, Muddy Waters, and the 1950's & amp; 1960’s sound of Chicago blues, as well as many original songs. Whether they are sitting in kitchen chairs, or standing on the concert stage, Blues Dragon always creates a real “down home” feel while simultaneously rocking the house. With over 100 songs in their repertoire and growing, the band can keep the same audience interested night after night. Lead singer/bassist Mark J. Telesca, switches from acoustic to electric bass while telling stories and history of the land, musicians, and the lives of the people that created this music do not be fooled by the name, this is not your typical blues band. Blues Dragon is a truly unique musical experience that takes the most common of things and makes it different.
Blues Dragon, the band, is made up of: Mark Telesca on Lead Vocals, Bass; Mike "Big Dog" Hundley on Guitar & Dr. Sample; Tony "The Reverend" Monaco on Hammond B3, Piano & Background Vocals; Fred Weng on Acoustic Drums, Percussion & Trumpet; Rico Geragi on Congas & Drums.

Mark, when was your first desire to become involved in the blues & who were your first idols?
The First time I got involved in blues music was when I got a gig playing double bass in a house band at a club in South Florida 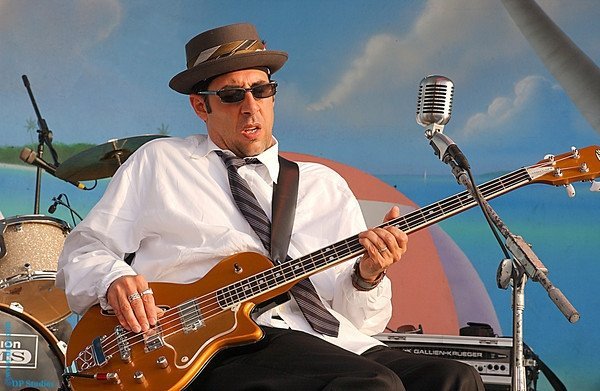 What was the first gig you ever went to & what were the first songs you learned?
My very first gig was approximately 30 years ago. The first time that Blues Dragon performed was in July 2006. We recorded the show and released a CD of the live performance. It is titled “Alive at the Bamboo Room". The reason we called it “Alive instead of “Live” was because all the music we played that night were from blues artists
that are dead.

How would you describe your contact to people when you are on stage?
I really try to connect with my audience. I feel that Blues music tells a story. I try to tell my stories and touch people. Giving them a feeling or striking an emotion.

Which was the best moment of your career and which was the worst?
Best moment of my career hopefully has not yet come. To date I guess it was being voted the best blues band in all of South Florida in 2011 or maybe when we won the 2009 Blewzzy Award for song of the year for our song titled “Livin on Death Row” The worst moment, I donʼt know man The music business has extreme highs and extreme lows. Its a very emotional business, if that makes any sense. 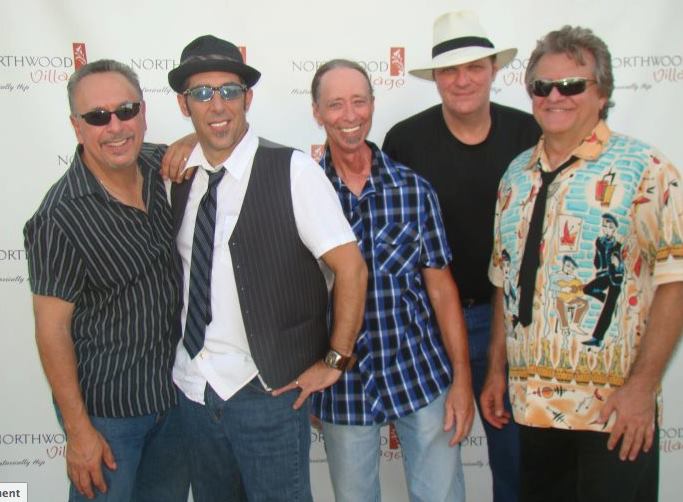 Tell me about the beginning of Blues Dragons. How did you choose the name and where did it start?
It started in Lake Worth Florida at an open mike night accidently. Myself and Mike got onstage to play and the rest of the guys who we were already friends with were in the audience. After a couple of songs they said we dig what you are doing and would love to be a part of it. My wife and daughter were out of town for a couple of months and I took advantage of the alone time to write some music
Our Name was taken from a band in the Northeastern United States. There band was called “Blues Wagon”. I always thought it sounded cool. They were friends of ours and their singer died unexpectedly. So when it came time to name our band Blues Dragon just came out. No hidden messages or long stories. It just happened.

What characterize Blues Dragons’ music philosophy & Mark’s blues?
Our philosophy of our type of blues music in general is this. If we are lucky enough to strike an emotion in someone, then we must be doing something right. We of course try to make it as entertaining as possible, but touching someone in someway is what we strive for. 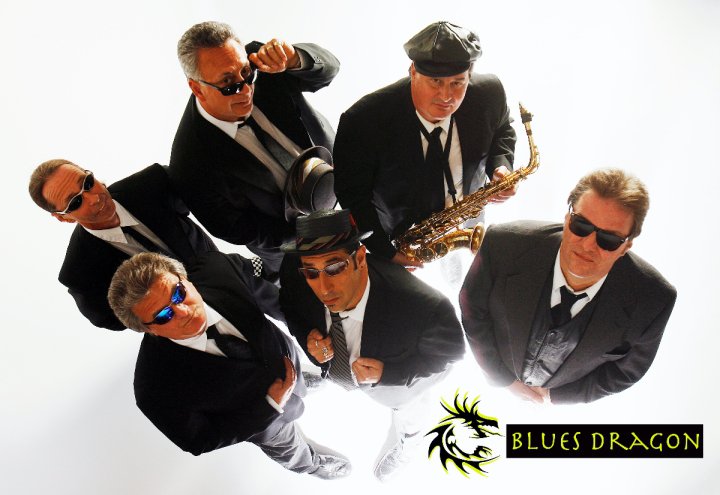 How do you describe your partners in band, Mike, Tony, Fred and Rico?
The nice thing about this band is that we were all friends first and had respect for each others musicianship. We were all playing in different bands. I am fortunate to have Mike, Tony, Fred and Rico as a part of this project. Everyone brings something different to the table and they are all accomplished musicians. When we play live or in the studio it is the spontaneity that makes it exciting. A lot of times we have some fantastic moments.

Do you think that your music comes from the heart, the brain or the soul?
That is what the blues is for me. A lot of folks want to know if I feel that the comes from the heart, soul or the mind. My answer ”YES”! I think it comes from all three. The blues is the story of life. You donʼt live life with just your heart, or soul or your mind. However, it is not a even split. Itʼs probably 75% heart. But you must use your mind to process it and make it understandable to others.

What do you learn about yourself from the blues music?
As a musician, you have to understand how music works. It is complex and it is a science. It only becomes art after you have learned the science behind it. The guitarist tells his side of the story during his/her solo. If the guitarist must know that the minor keys are much sadder sounding than the major keys. 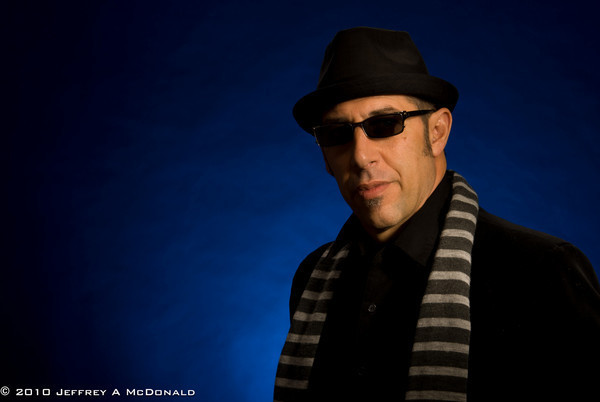 Any of blues standards have any real personal feelings for you & what are some of your favorite?
Some of my favorites are Dust my Broom by Elmore James. This is one of the first blues songs that I have heard. The Devil Got My Woman by Skip James. Fixin to Die by Bukka White. These songs have great stories behind them.

What does the BLUES mean to you & what does Blues offered you?
Blues for me is a form of self expression. It can make you laugh and cry.

Which of historical blues personalities would you like to meet?
Most of them are unfortunately dead; however I would like to meet BB. King, Robert Cray and Keb Mo. 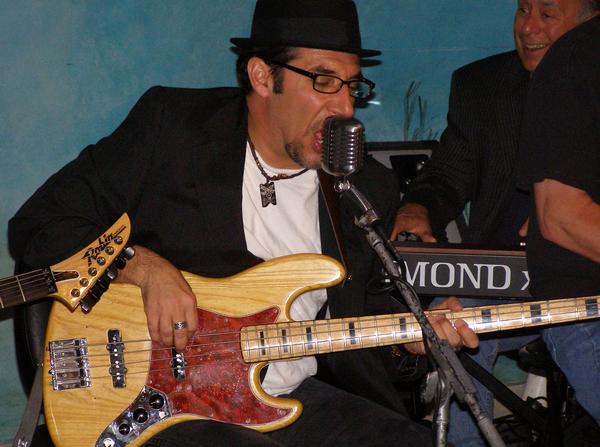 Which gigs and jams have been the biggest experiences for you? And why?
All of the gigs that we play have special meaning. The cd release concerts are the best as they seem to have a different kind of excitement With the Jams in Memphis during the IBC's I was able to play with musicians from all over the world.

I wonder if you could tell me a few things about your experience with the local - South Florida - music scene.
I am very fortunate to live in South Florida as we have a very strong Blues Society that supports the local blues musicians and members all of the National touring Blues Artists tour through South Florida so we get to meet a lot of players.

How has the music business changed over the years since you first started in music?
I think the internet has leveled the playing field for a lot of bands and musicians. Blues Dragon for one would be just another local band that would fade into obscurity. 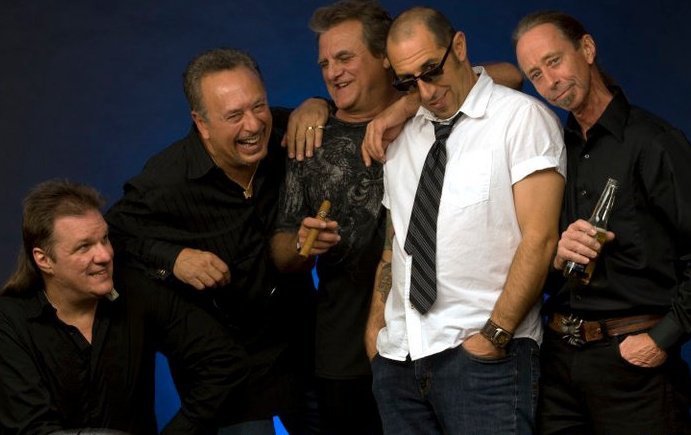