An Interview with singer Lisa Cee, the embodiment of energy, passion and soul, a true amazing entertainer

"Blues is a state of being. Once you hear it, it stirs something up and then you are hooked!"

Lisa Cee: When the music has Soul Lisa Cee’s love of music is evoked via the pure passion and soul she infuses into her singing; she takes her audience soaring with her until the very last note is played.  Lisa believes that soul is the CORE of music. She insists that “many people can ‘sing’, but to feel the music and words and convey that to people is all SOUL”. Being a singer/songwriter has allowed Lisa to write lyrics that she feels people can relate to, and have fun with. Since 2008, Lisa Cee has been the leader of the house band for the prestigious Gibson Guitar Lodge at the renowned Sundance Film Festival.  This has afforded her the opportunity of playing with some of the most prolific musical stars – the remaining members of The Doors, Billy Gibbons, Sting, John Legend, Train, and many more.

She has also had the honor of sharing the stage with Johnny Mastro and The Mama’s Boys, Canned Heat, Marcia Ball, Kid Ramos, Rod Piazza, Tinsley Ellis, Miss Mickey Champion, Robert Lucas, Kirk Fletcher, Paul Oscher, Paul DeLay and a plethora of additional amazing musicians. Lisa has been compared to the Great Janis Joplin and the sultry Lydia Pense; she relishes the compliment and continues to broadcast her style and sound out to others. Her live show is not to be missed – she is the embodiment of energy, passion and soul…a true entertainer in every sense of the word.

Lisa, when was your first desire to become involved in the blues and from whom have you have learned the most secrets about it?

My mother Loved BB King, Sonny Terry and Brownie McGhee and others so I was listening at a very young age. Laura Mae “Mama” Gross taught me a lot as did Johnny Mastro.

Blues is a state of being. Once you hear it, it stirs something up and then you are hooked! "There are some amazing artists that are taking Blues into the 21st century. That’s what it needs to stay alive."

How do you describe your philosophy about the music and what characterize Lisa Cee’s music?

I don’t know that I have a particular philosophy; it’s really about “feeling”. I would say my songwriting characterizes me.

What experiences in life make you a good performer and songwriter? How do you get inspiration for your songs?

Being in Musical Theatre was the BEST place for performance; also I come from a very talented family Go-Go dancers, Arthur Murray instructors, award winning actors. We were all “hams” LOL.  Writing what I know and allowing it to become its own shape. I can get inspiration from a past experience or a recent one. It’s just in the moment for me.

Canned Heat – Fido watched my set and hung out after. It was very cool!

Robert Lucas – I am honored to call him my friend. Singing with him on stage was an absolute highlight for me. His playing and voice just kills me. I cry when I hear Robert Sing. I miss him A LOT!

Kirk Fletcher – BAD ASS guitar player. I call him Kirkie. His smile always brings one on for me.

Paul Oscher – He is an amazing story teller. When he talks about his past you are just there with him. I always feel like a kid glued to the teacher when they read a really good book.

Paul DeLay – Sweet, shy, funny and man could he blow and sing! He always sang with a tear in his voice. I miss him. 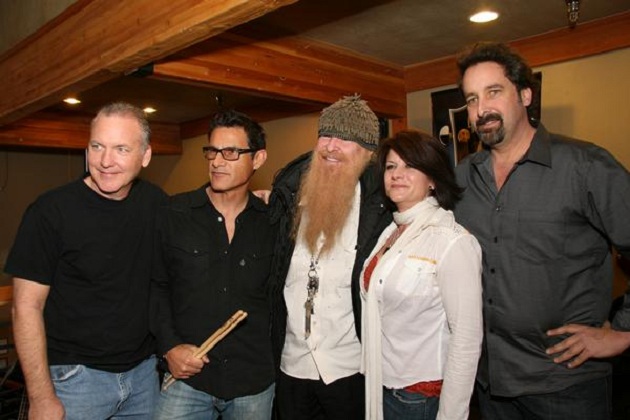 Since 2008, Lisa has been the leader of the house band for Gibson Guitar Lodge at the Sundance Film Festival. Lisa with her band and Billy Gibbons

Are there any memories as leader of the house band for the prestigious Gibson Guitar Lodge at the Sundance Film Festival, which you’d like to share with us?

I have been a HUGE DOORS fan since the age of 13. So in 2009 when I got to Sing with Robby Krieger and Ray Manzarek that was without a doubt a once in a lifetime memory. There are so many others. Meeting and Playing with Billy Gibbons, Sting, John Legend, man there are so many beautiful memories.

Would you like to tell something about making this new album? Are there any memories from recording time?

I learned a lot about myself, the music, and the process. It was a great experience.

BLUES is honest, you can’t “fake or copy it” People know! For the next generation to take what we have learned from those before us and make it new, let it evolve.

Yes I do. There are some amazing artists that are taking Blues into the 21st century. That’s what it needs to stay alive. The past generations always learned from the ones before them but then made it relevant to their time.

LOL! NO! Men and Women sing about the same things just from their perspective. A good song is a good song and always will be. 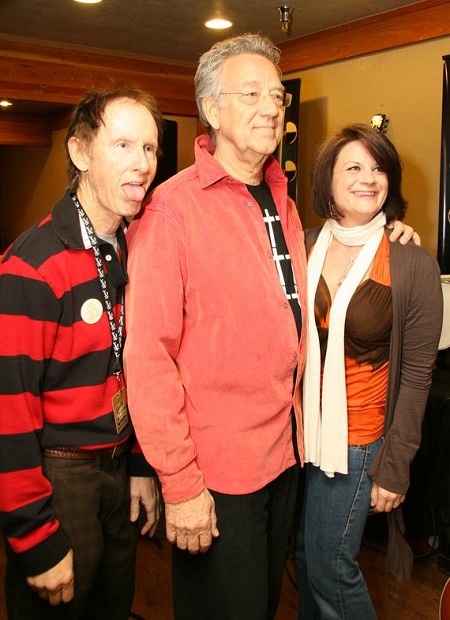 Make a living do what I Love

When Mickey Champion sings, that turns me on

Singing with the Doors!

What is the “feeling” you miss most nowadays from Janis and Lydia Pens blues rock era?

The 60’s was before my time, but the music and the soul those two women had was unmistakable and truly shaped the music of the generation for everyone! I love the way the 60’s albums were recorded. So warm and alive!!

How you would spend a day with Janis Joplin?

What would you say to Etta James?

We know her son Danto so I was lucky enough to meet her. I said “you look a lot like my Mom”, she really did. She smiled and said “thank you, that’s a very high compliment.”

Would you change anything?

What advice would you give to aspiring blues musicians thinking of pursuing a career in the blues craft?

If you want to be a rock star or famous STAY AWAY from the Blues! It’s a long road, but when it calls you, you have to answer. Be yourself, don’t copy or fake anything.