"I think that the lines are the same feelings between the people who developed these styles, misery, poverty, prosecution and hard times; it’s a similar social and historical context."

Felix “Slim” Amieva, born in the Spanish enclave of Ceuta in 1973, and now based in Cadiz. One of Spain’s leading blues musicians, Felix Slim specializes in blues, ragtime and swing from the 1920’s to 1940’s. Influenced by the Delta, Piedmont, Texas, Jump and Chicago sound, Slim uses slide guitar, fingerpicking and standard and open tunings. He's played his dynamic versions of blues classics and original songs with echoes of flamenco, rebetiko and jazz manouche on 5 albums and has toured in 8 countries worldwide. 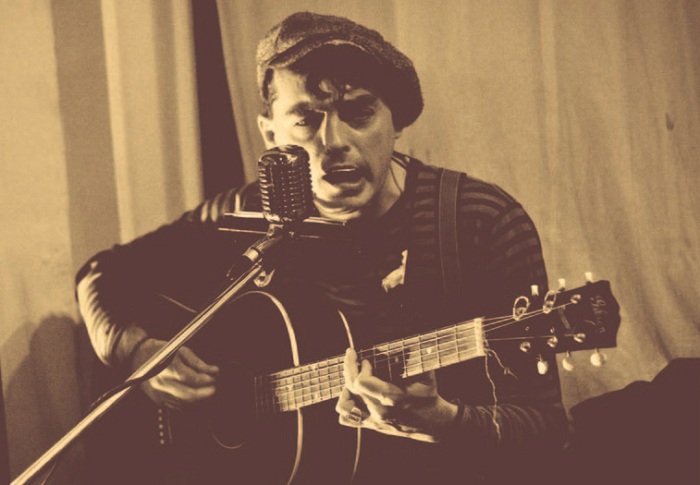 "The Blues is there, there a lot of people playing and listening to blues everywhere, clubs, festivals, record industry ... maybe it’s not main stream music, but its not going anywhere."

How do you describe Felix Slim sound and progress, what characterize your music philosophy?

Well, my sound I think is a recollection of many different styles of blues, especially the roots, with influence of swing, ragtime, gospel, and a lot of other music like rebetiko, tango, flamenco. I play acoustic guitar in different tunings and with techniques like fingerpicking and the slide, swapping between the harmonica and kazoo and complementing these instruments with my voice. A kind of one-man band. Music is my life and my motor.

Why did you think that the Blues and Rembetiko music continues to generate such a devoted following? 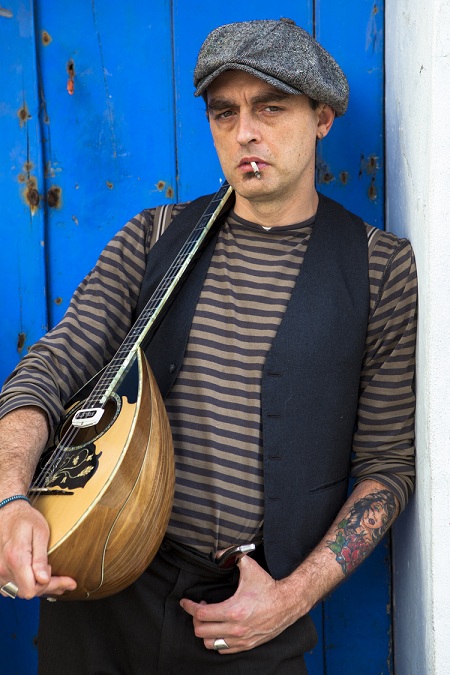 Because their sound goes straight to the heart, and their lyrics talk about everything we live with: love (good and bad), money, misery, starvation, sickness, drugs and alcohol, sex, politics, war, good times, fun… You take a lyric from 1930 and you can feel the same shit we live today.

"I think people around the whole world are enamored with the blues, not just Europeans."

What do you learn about yourself from the Blues and Rembetiko? How does the music help re-discover yourself?

I’m still trying to know myself, like the Delphi Oracle said.

Maybe one in the Hondarribia Blues Festival with Bob Margolin playing the bass!!

Cali Blues Festival (Colombia), Jazz Rock (Kavala), The Blues Bar (Athens) and La Coquette Blues Bar (Madrid). I played in a movie a year after the Coquette gig recreating some funny moments that happened that night.

There are many, but I can say when I met these guys: Bob Margolin, the Spanish harmonica player Mingo Balaguer, Nicholas Carellos, owner of the Athens Blues Bar, and Maria Arelaki, who introduced me to Greece and The Rebetiko

Be yourself and believe in yourself. 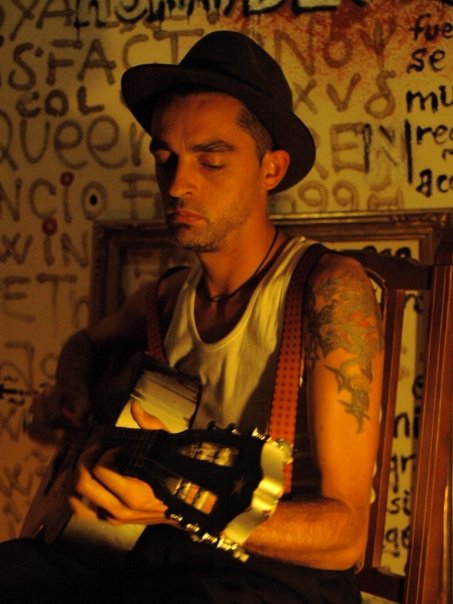 "The Blues is there, there a lot of people playing and listening to blues everywhere, clubs, festivals, record industry ... maybe it’s not main stream music, but its not going anywhere."

What's been their experience from the Greece? Which memory makes you smile?

Well, I have a lot of nice memories from Greece; I made a lot of good friends all around the country. I feel at home when I’m there. I don’t remember any bad moments there, only when they stole my wallet in the Athens Metro and I missed the train to Larissa, hahaha, but in 9 years going to Greece its nothing.

I think people around the whole world are enamored with the blues, not just Europeans. I know musicians and blues fans all around the world.

Do you believe in the existence of real blues nowadays?

It’s not a matter of whether I believe it or not, it’s the reality.  The Blues is there, there a lot of people playing and listening to blues everywhere, clubs, festivals, record industry ... maybe it’s not main stream music, but its not going anywhere.

What are the differences between European and American scene? What mistakes would you wish to correct?

I think in America they take these things very seriously, more professional, they respect the musicians work; live music is part of their lives. Maybe in Northern Europe they have a similar attitude, but in the South of Europe it’s different. Many people think music is just a hobby, and it’s hard for them to understand you earn a living working in music. The classic question: -Whats your job? -Musician; -Yes, but don’t you have a real job? …… 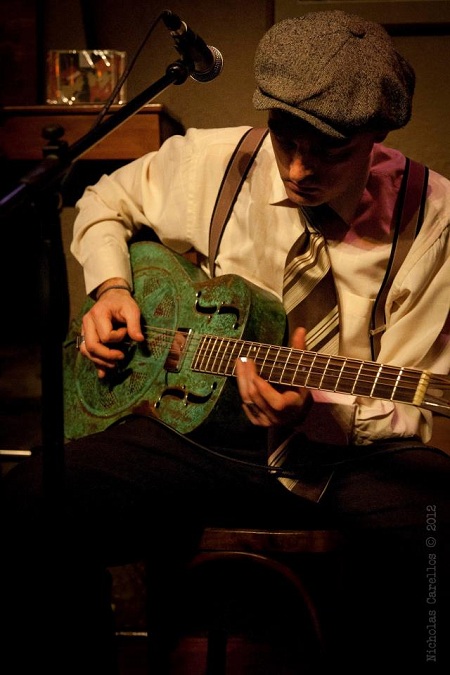 Well, as I always say: we musicians are always in crisis; it was like that when I began, it’s like that now and it will be like that in the future. So, I will be happy if I can still play and make a living with the Blues like up until now.

"Be yourself and believe in yourself." (Photo by Nicholas Carellos)

What are the lines that connect the legacy of Blues with Rembetiko and continue to Flamenco and Gypsy Swing?

I think that the lines are the same feelings between the people who developed these styles, misery, poverty, prosecution and hard times; it’s a similar social and historical context.

Make an account of the case of local scene. Do you believe that someone can make a living just by playing the blues?

What are the secrets of one-man band? How do you describe your contact to people when you are on stage?

Well, secrets are that, SECRETS, hahaha, but the main secret is to be One. The contact with the audience is also one of the secrets of success, without the people our art is out of context, so we have to make them happy, we have to be close to them, because when they are happy with you, they express it and they make you feel good, and that’s the perfect team. The owner of the club is the team’s coach, hehehe, so if the team is happy and winning he`s happy as well.

Chicago, Paris or Athens in the 1930’s, before World War II. To see the pioneers of my favorite music styles inventing them and to breath in the atmosphere. 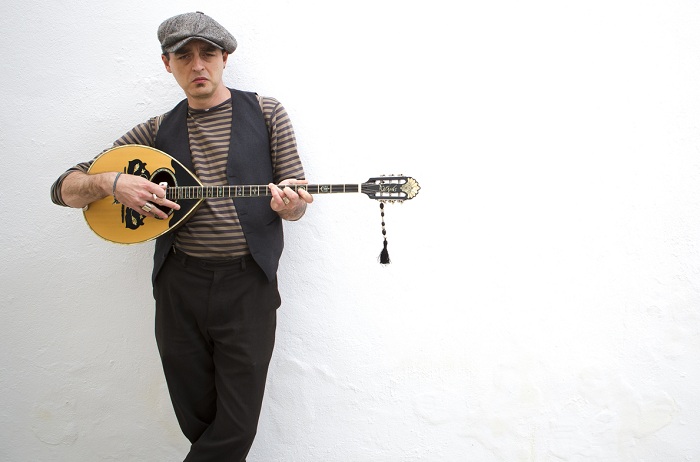