"The Blues is an expression.  It is the root of all music from whence all music came and an attitude all at the same time."

Pinkie Rideau: Get The Party Started

In 2005, dubbed by many that know her as 'The Wailin' Lil' Cajun', Pinkie Rideau, a California native, moved down to the Sacramento area from Browns Valley in that very same year. At the age of forty, she started hosting local Blues Jams on Sundays, forming The Morning Wood Blues Band. In 2006, she was invited to open for Los Lonely Boys at the Sleep Train Pavilion at Concord. In 2007 she worked with Jerry Martini; sax & founding member of Sly and the Family Stone. 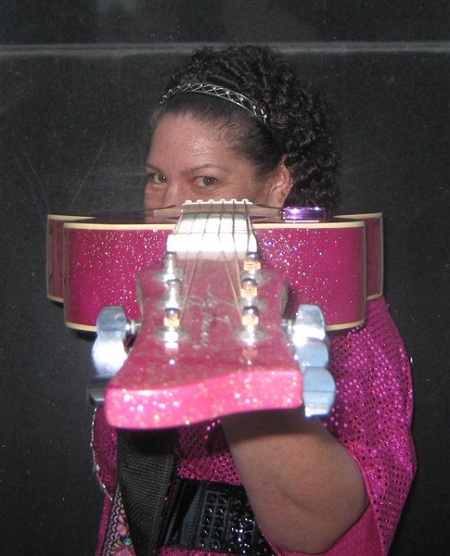 In Feb. of 2008 she traveled to Memphis, TN to compete with Ron Cook in The International Blues Challenge. Later in 2008 she performed with Deacon Jones in Hollywood. In 2008 Pinkie takes off to New York - landing at JFK and during the following 2 weeks drives her way back home touring coast to coast. She stopped off in Fayetteville, Arkansas and was a surprise acapella opener for the Allman Bros at the infamous Bikes, Blues & BBQ. Dec. 2008 Pinkie has an epiphany and changes the band's name from Pinkie Rideau & The Morning Wood Blues Band to Pinkie & Blind Resistance!! Blind Resistance is made up of four very talented musicians handpicked by Pinkie herself. They range from years in early 30's to mid 60's and always offer up a Blues Plate Special array of music that you won't forget!

Putting on stage a collective amount of years of stage performances anywhere from 60 to 110 years of experience at every single show. You can bet on hearing toe-tapping, hip-shaking, earth-quaking Blues from all sub genres to include; Gospel, Rock, Delta, Chicago, East & West Coast, Swing, Country, R&B, and maybe even a little back porch Blues. Pinkie's writing style ranges from songs about prison to songs about love and Blind Resistance serves up the heat that she needs to cook and sizzle! They put as much energy and soul into their music as they possibly can - you'll see!

My first desire to become involved in Blues was due to a cat food commercial I saw in 2003.  It was a Fancy Feast commercial and Etta James was singing “At Last”.  I was hooked.  I've learned the most secrets about performing from my friends who are also entertainers – we fill each other in.

First “professional” gig was in high school.  My band was hired to perform during an assembly in the quad.  We were a cover band and we did Pat Benetar & Journey songs.  A stepping stone on the way to the blues. 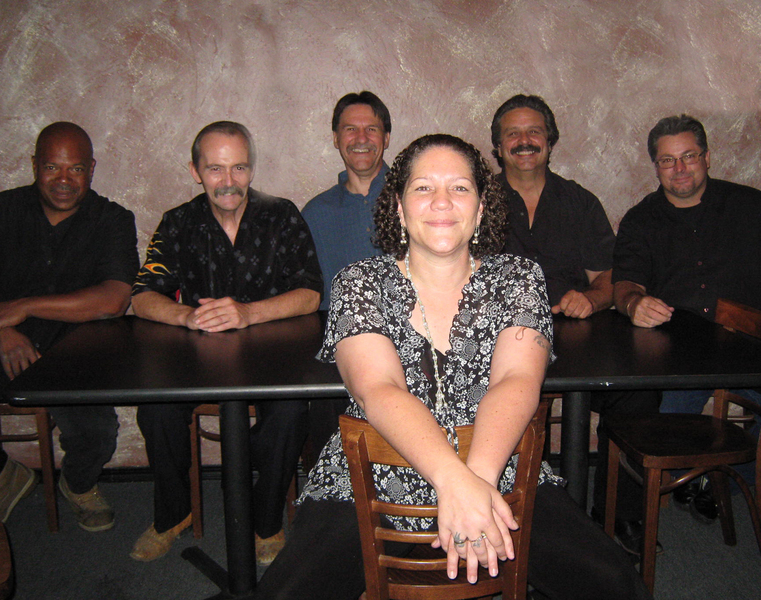 What does the BLUES mean to you and what does music offered you?

The Blues is an expression.  It is the root of all music from whence all music came and an attitude all at the same time.

What do you learn about yourself from the music?

I am way funnier than I thought I was!

Being able to be on stage on share my voice with people has made me more confident in my self value.  When I'm home I'm just Pinkie.  When I'm on stage I am uber-Pinkie, Pinkie to the utmost!

How do you describe Pinkie Rideau philosophy about the music and life?

Have fun or go home.  The boys & I try to have as much fun as we can when we're on stage.  So many people comment on the fact that we look like we're having soooo much fun!!!  It's because we really are.

What characterize the sound of Blind Resistance and how do you describe your partners?

We call it “the rainbow of blues flavors” because we do play so many different types and sub-genres of blues.  My band mates are so different as people, but gel so well together on stage – they are amazing.

Everyday occurrences inspire me to write so many types of songs.  “It's Always Somethin'” was written over dishes with my best friend.   A fan dancing all by herself in front of me one night yielded, “Camel Toe Boogie”.  Watching my little Chihuahua one day inspired “Little Dog Blues”.

Jerry Martini is the most wonderful person...... ever!  I first met him at The California State Fair in 2008 at a gig where were guesting on a blues show.  He said he was impressed with how I took command of the stage and threw down my thing.  We gelled.  Then, later in 2008 I invited him to share with us at my cd release party – it was magical.  Since then he has taken me under his wing and given me invaluable advice.

The blues was the beginning, all other music is the middle, and as long as we; as humans, live - there will be no end.

I have the same advice that Koko Taylor gave me. Just don't give up. 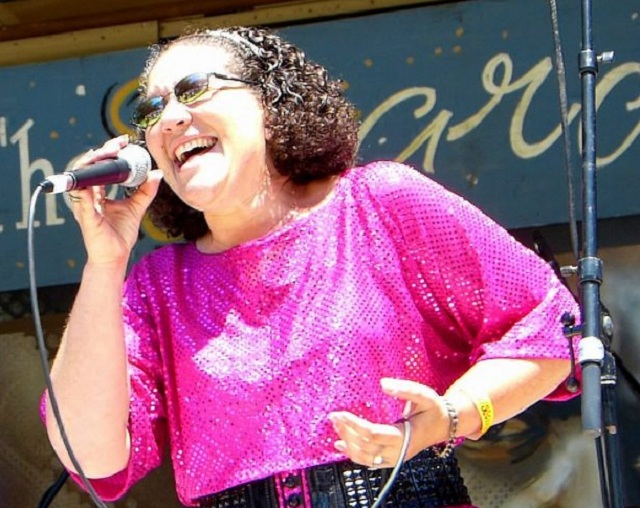 What is your “secret” music DREAM? Happiness is……

I would love to have just one song in a commercial, movies, television.  That would be a fabulous breakout moment.

This is the most interesting time in my life!  The last 7 years have been absolutely a phenom!  I have opened for Los Lonely Boys and the Allman Brothers, I have won a music award and have met some of the most wonderful people in the blues genre, the fans.  The fans are incredible!

What are you thinking when you guys are on stage, how would you describe your contact to people when you are on stage?

When the personalities blend and the music flows – there is no thinking.  If I have to think about what one or more of my band mates is doing I get distracted and the music loses out.  As long as the guys are willing to handle the metering, timing, tone, chords, progressions, dynamics, keys – then my job is easy.  Then it's really easy to interact with the audience and every one has fun! 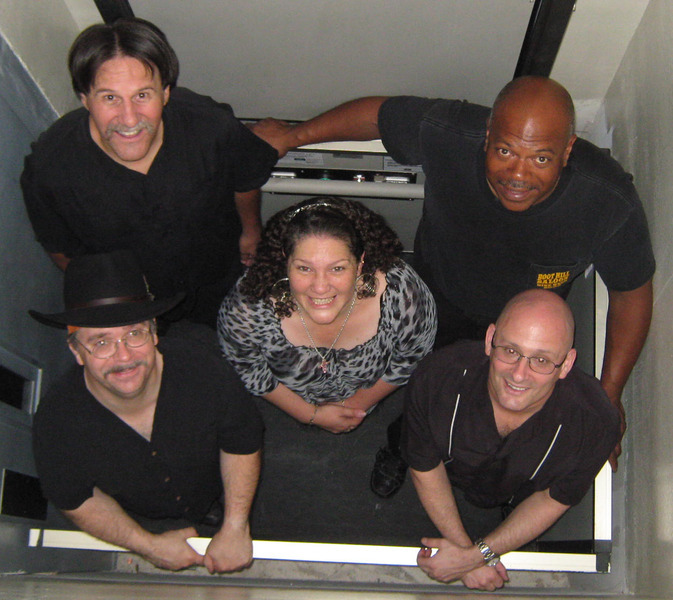