"It’s not just about playing a million notes to a measure loudly or wearing two tone shoes.  The Blues is about coming from the heart and soul."

Juke Joint Jonny (John Rizzo) is a bluesman, band leader, singer, songwriter and historian. Born in Newark, New Jersey in 1950, and was introduced at a very young age to the “Folk Blues” in the ethnically diverse neighborhood of his youth. Jonny heard the Blues for the first time at a very early age just across the street from his family's railroad apartment, coming from the Quonset huts of Sharecroppers who had moved north in search of a better life,  and was Smitten Immediately. "You don't choose the Blues, the Blues Chooses You." 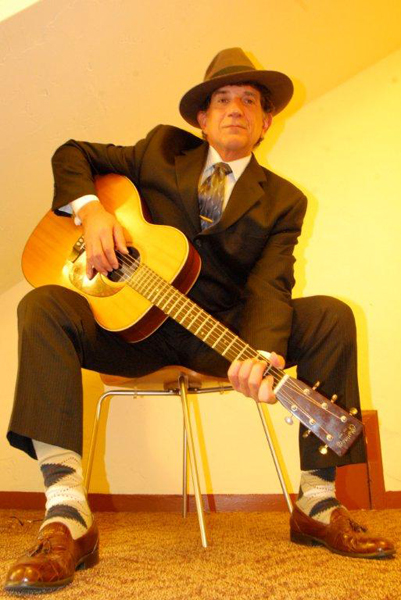 Jonny learned his blues the hard way, on the streets and in the joints of the world’s big Cities: London, Paris, NYC, Philadelphia, Vancouver, San Francisco, Clarksdale, Mississippi and Minneapolis/St. Paul. Vocally Jonny’s a mix of John Hiatt and John Hammond. It’s those kinds of vocals that are the perfect marriage to his twelve and six string guitar playing that echoes of Robert Johnson and Leadbelly. Juke Joint Jonny has every right to sit at the table with other contemporaries John Hammond, Rory Block, Mary Flower and Paul Geremia. Consider this artist as another key to unlocking a chest of true American roots music. Juke Joint Jonny is a fingerpicking Bluesman with a "lived it" Voice. His style is a blend of Delta, Piedmont, Chicago, and Swing and Folk Blues.

Jonny's new album “Pure And Simple” boasts ten original songs two blues standards and a Who's Who list of Musicians from Both East and west coasts Including: Albert Castiglia, Sandy Mack, and Mitch Woods. “Pure And Simple” really is just that – pure and simple blues delivered via an album that could have come straight out of the Sun Studios.

The Blues is my life story. All of my songs reflect real experiences that I have had.

The Blues is my calling in life.

My passion for the blues comes from a very spiritual place, the bittersweet life I have led, travel, love, work, loss, passion for life is just like anyone else’s. As a songwriter I simply “step aside” and let the song come when it is ready. 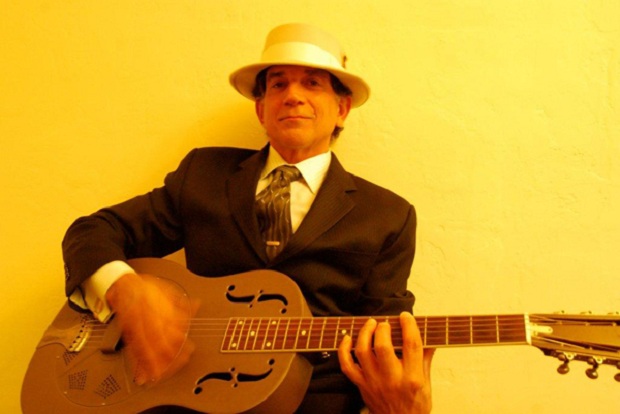 "My lyrics are from a deep well of life experiences that come to me from my soul to my heart to my mind to the page."

How do you describe Juke Joint Jonny’s sound and lyrics and what characterize your music philosophy?

My sound is a synthesis of Delta, Jump, Piedmont, Swing and Chicago Blues using a Finger picking/Naked Right hand approach (no picks). My lyrics are from a deep well of life experiences that come to me from my soul to my heart to my mind to the page.

My philosophy is “You don’t Choose the Blues, the blues chooses you.”

What's been their experience from “studies” on the streets and in the Joints of world’s big Cities with the blues?

I have spent 40+ Years wandering this world and No matter where I go I gravitate to Bluesmen and Women with The same passion as I do. To express pain and joy, to make people dance, laugh, and cry is universal in the Blues. Even when there is a language barrier, people feel it.

Too many to list as I have studied so many different types of regions where the Blues comes from. I will say that

Taj Mahal’s “The old Folks at Home” Circa 1970 Just knocked me out! I mean it really changed my life. I learned about the “JOY” of country blues and that Blues isn’t about feeling bad, it’s about “Keeping On” “Living Life”

And when you feel good you “Crow like a Rooster” when you feel bad you “talk about it” the Blues is group therapy, It’s the human condition. 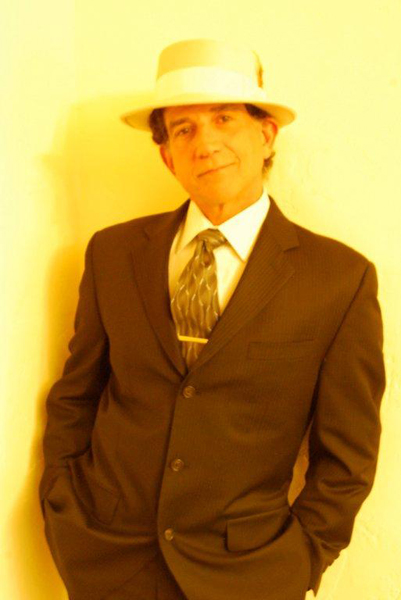 My best moment has been the last year with my new release “Pure and Simple” on Bluesleaf records. I have been nominated for best acoustic album of 2012 in a readers poll at Wasser Prwada Magazine (Germany), My song “Going to Mississippi” was honored at the IAMA (International acoustic music Awards) with a “Top Ten” finalist spot in the songwriters category Folk/Americana/ Roots. And the album was on the National blues Charts (America) 9 weeks debuting at #10.

My worst moment was being diagnosed with cancer in 2001 and 2003. Happily I’m cancer free for ten years Now.

The old days were a combo feel, rhythmic and everyone was focused on the tune as a team. Today the guitar hero is killing the Blues in my opinion. I’ve had enough of the “Power Trio” Blues. Muddy’s band or Howlin Wolf’s band, Know those were REAL!

I have lived a very exciting Life with many memorable moments. I think what sticks with Me most is living In London and playing everyday 10-15 hours a day and Busking at the market at Portabello Road, the tubes and any street corner or pub who would have me. I was 20 yrs. Old and so driven to learn and focused.

Yes the Day Rustee Allen Walked into the studio in California to perform a track (Edgewood: funky Nuff fo U) on "Pure And Simple".  He was Sly and the Family Stone’s bass player after Larry Graham left and now plays with Lucky Peterson, Bobby Womack and many more. I was so nervous I was shaking like a Leaf. Rustee walked in and the first thing out of his mouth was “Man I’m so nervous” I started to laugh and said “Yeah I know what you mean.” We did the tune in one take and talked for hours during mix down swapping stories.

Tell me about your “meet” with John Hammond and Rory Block’s music?

I never met any of them. I’m being compared to them but that’s not true. I’m honored, but they are heroes of mine. Rory Block and John Hammond just knock me out; they are all what’s so great about acoustic blues. 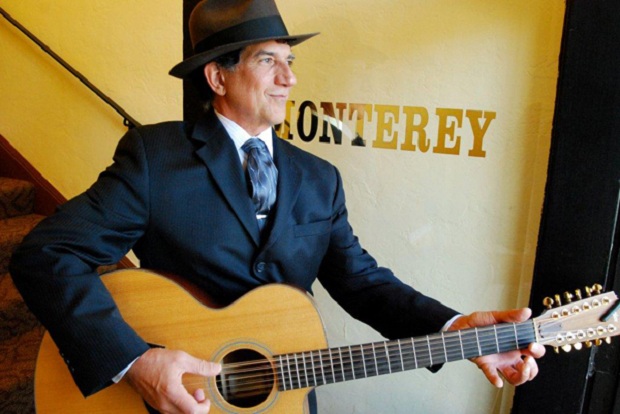 "My one wish is musicians should Know there history and incorporate that history into their music, don’t simply emulate keep pushing it further."

Ray Charles’ drummer Ritchie Goldberg told me to “Just Keep playing, It’ll Come” he had faith in me.

It all depends on who is playing. Hubert Sumlin, Lucky Peterson and Freddie King are electric players but they are also Finger pickers. Their approach is akin to the acoustic masters.  Of course Stevie Ray is the other side of the spectrum along with Johnny Winter, Clapton etc. In my opinion if Stevie had not died so young he would have reached back and influenced many with some great acoustic Blues similar to his, “Life at the Drop” I’m a purest however; The Blues is also electric guitar virtuosity as well as poly rhythmic finger picking prowess. What is the common thread to me is the stories.

It is pure and from the source. Listen to Blind Lemon, Blake, McTell, Patton, House, Lipscomb, the Johnsons (Robert, Willie and Tommy) they are telling you about something that comes from another World. Then listen to Taj Mahal, Otis Taylor, Eric Bibb, and the other contemporary acoustic blues masters, It’s still There! The flame still burns.

Do you know why the fingerpicking is connected to the blues? What are the secrets of?

It’s the most soulful way to express the guitar. There are no secrets, You Must Play Everyday. 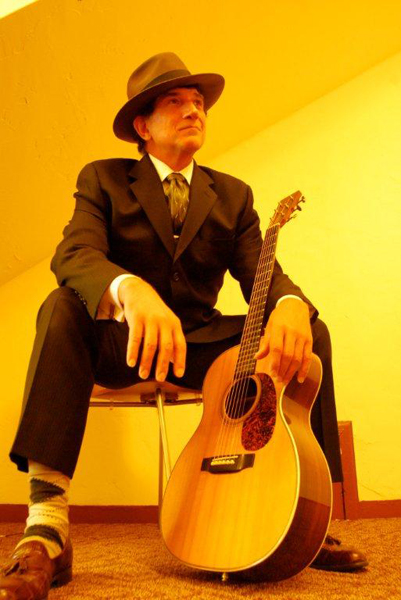 Absolutely! If you playing rock, you not playing the Blues. If your playing all covers of old Blues standards no matter how well, you not play the Blues.  It’s not just about playing a million notes to a measure loudly or wearing two tone shoes.  The Blues is about coming from the heart and soul. Tell YOUR story in your way. Listen to B.B. King, No REALLY Listen to B.B.  He is the most influential Bluesman Ever. Why? Because he is the honest, pure, and simple.

Because ALL American music has the Blues in it, Jazz, Country & Western, Rock etc. My one wish is musicians should Know there history and incorporate that history into their music, don’t simply emulate keep pushing it further.

Best jam ever was in 1998 with Albert Castiglia at a Supper club In Long Island, NY. He was playing with Blues Mama Sandra Hall and asked me to play. We played the last set and asked for an encore. Sandra let us just play. I played slide. We blew the place up! People were dancing on the tables and screaming.

Easier to write but the arthritis hold me back sometimes. My Blues dream is being fulfilled everyday, but I would Love to bring a Blues revue to Europe. A similar show like the Folk Blues festival of the 1960’s centered around Willie Dixon.

One is real and one is fake.  The Blues musician will ALWAYS go where the winds of money and fame Blow. The Bluesman (Woman) never turns there back on their life. 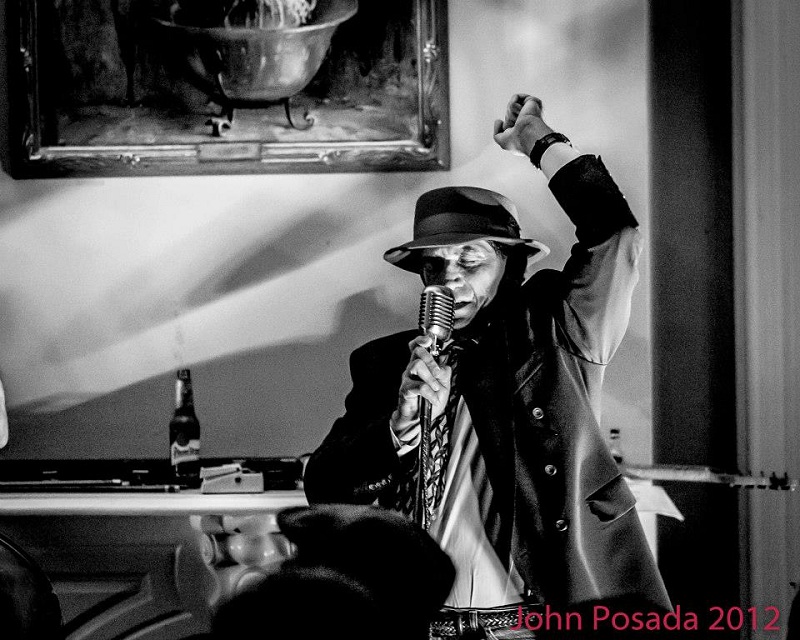 "Listen to Blind Lemon, Blake, McTell, Patton, House, Lipscomb, the Johnsons (Robert, Willie and Tommy) they are telling you about something that comes from another World. Then listen to Taj Mahal, Otis Taylor, Eric Bibb, and the other contemporary acoustic blues masters, It’s still There! The flame still burns."

There will always be happy days and sad days, love, sex, bad love, suffering, celebration. The more things change the more they stay the same. The Blues is all around.