"The blues is simple but inspires deep feelings. The blues is played with soul, it can be good or bad. But you can´t lie playing the blues."

Val Tomato has received praise from musicians and internationally recognized by the Brazilian media has been praised as one of the greatest harmonica players of today. Charlie Musselwhite said: “Val Tomato is an excellent musician, I really enjoyed hearing him. I like his tone and phrasing - all very tasteful.” In 2005 shared the stage with Billy Branch, one of the biggest names in Chicago blues and said: "He played very well." Val in Recife 2009 participated and played with legendary Willie "Big Eyes" Smith, who was drummer for Muddy Waters. 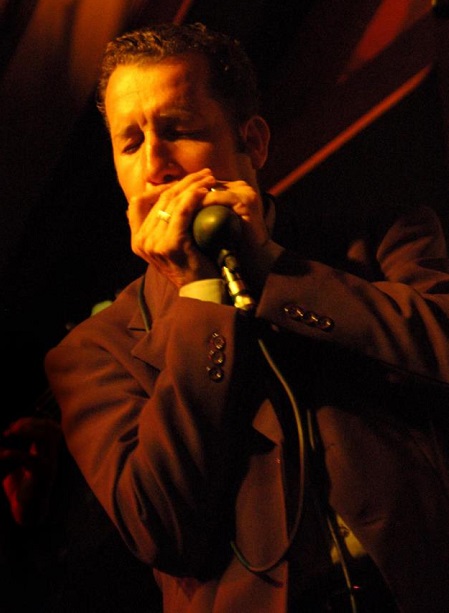 Val played in the program's Jo Soares and MTV party with his old band, Walking Blues, with which released another CD. He has toured alongside ethyl Blues, Blue Jeans, Renato Teixeira, saxophonist Manito, Ze Geraldo, and Billy Branch. Harmonica player Val Tomato launched the DVD titled "The Cat", recorded in 2010 at New Horizon Experience. The Cat brings in his repertoire of songs written by harmonica player in Portuguese and English, as well as a varied repertoire: instrumental, boogie-woogies, shuffles and slows. Includes classic blues tunes: “The Blues Overtook Me” of Charlie Musselwhite, “San-Ho-Zay” of Freddy King, “Help Me” of Sonny Boy Williansom II, and “Everyday I Have The Blues”, that became known being played by B.B. King. Val is the dealer in Brazil of Seydel Harmonicas (located in Germany), the oldest harmonica factory in the world.

I realized that I became more patient and more focused when I had to study to improve my playing. The blues for me is my way of life and my way of living. My first and eternal love.

How do you describe Val Tomato sound and what characterize your music philosophy?

I see my playing as a mix of Chicago blues with rock, jazz and soul. Also, I recorded bossa nova, gospel, funk, delta blues... So, as you can see, I have a big mix of different styles inside of me. I´ve always recorded my own compositions and when I play, I like to show all these ideas. 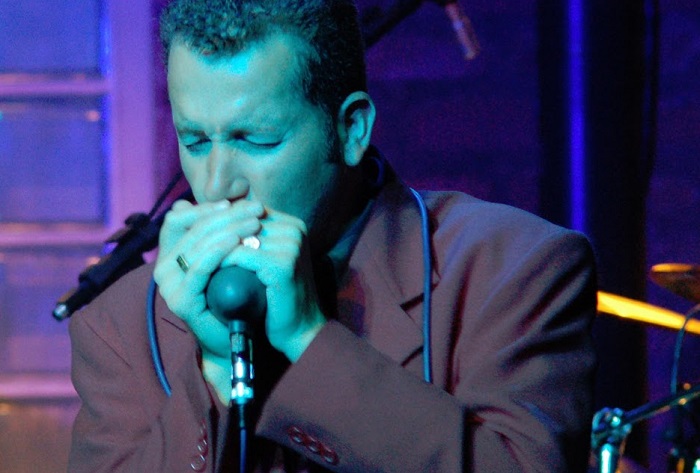 "The blues is always connected to our everyday life, ordinary man’s life, like myself... working class life with no help from our government."

First one, because this music is THE BEST! (laughs) The blues is simple but inspires the deep feelings. The blues is played with soul, it can be good or bad. But you can´t lie playing the blues. And people all around the world can feel when you are honest when you play.

Every new concert is an important experience. I’ve played with  many great Brazilian musicians all these years.

Are there any memories Manito, Charlie Musselwhite and Billy Branch which you’d like to share with us?

When I invited Manito to record my second album, he was supposed to record just one track, but he felt so comfortable that he wanted to record the whole album. So he did it. And we played many gigs together, till his death. He was a great sax and keyboard player. Charlie Musselwhite is very nice guy... I recorded my first cd and did one music in his honor, because the guy is a living legend of the blues harmonica and throughout its history. I sent the cd for him to see what would ... and he replied saying he was honored by the music and also praised my cd too. With Billy Branch I played, I opened the show for him and he say "I played very well!" and called me a jam session where we played Sonny Boy's Help Me. Certainly make the blues be a better known song, reaching the general public. Like that in my country music was taught early on in schools, and she was seen with more respect by the government.

"The harmonica is one more voice in the blues all his regret, his anger you can expose through the harmonica with a true sound, much like the human voice."

I have had several periods that were very interesting to me, when I started playing it 23 years ago there were many bars and great night blues. But when I launched my first cd al things have changed since I started traveling and met the great cities of Brazil playing and winning which made me very happy to see my work recognized it was in 2000. Was a great experience, it was a time striking.

What are the lines that connect the legacy of Blues from States to Brazil and from R&B to Bossa?

The blues is always connected to our everyday life, ordinary man’s life, like myself... working class life with no help from our government. But I don’t really feel the connection between the Blues and Bossa Nova. Just the bohemian side of it. Booze and party.

Playing at night with my friends always makes me laugh. At the same time it’s what touches me the most. Playing, feelin what we feel while playing, sharing , having a good time…

Do you know why harmonica is connected to the blues? What are the secrets of Harmonicas Seydel?

The connection is simple...the harmonica is one more voice in the blues all his regret, his anger you can expose through the harmonica with a true sound, much like the human voice...its expression both in serious, medium or treble are striking, the harmonica for me has a mystical sound different and simple, and this simplicity is the instrument that makes it so great! The harmonica is blues for this, and the guitar for rock, sax for jazz.

I don't know the real secrets of Seydel Harmonicas...just I know, that they are different and you realize this the first time you play. Their sound and strong, great expression! The durability of it is incredible. But it is light to touch, delicious and everything seems to be easier, I'm very happy to use them and be representative of this incredible harmonics in Brazil. 'll love this guy ... I would travel to various eras of time ... some music and other related but not like we're talking about blues I would go to Chicago 50 years ... where the blues began firou what is! Those clothes, the cars all fascinates me ... see the true and pure blues and take those wonderful whiskeys rsrsr (laughs).