"I wish American culture would embrace the blues as much as other countries do around the world. It’s sad to me…rap singers have diamonds in their teeth and have private jets. There are blues artists with incredible talent who barely make a living…"

Mark "Steiny" Steinmetz is a blues singer, songwriter, and harmonica player. A California native who has spent considerable time traveling the country, developing his own style of performing his own original blues music that sets him apart. Steiny has surrounded himself with a host of seasoned, blues veterans that provide a perfect mix of blues classics and original tunes. “Two Tone Steiny & The Cadillacs” is a high energy West Coast Blues Band performing original music. It is a special event every time this highly polished group hits the stage, bringing their own brand of jumping, swinging, harmonica driven Chicago style blues. 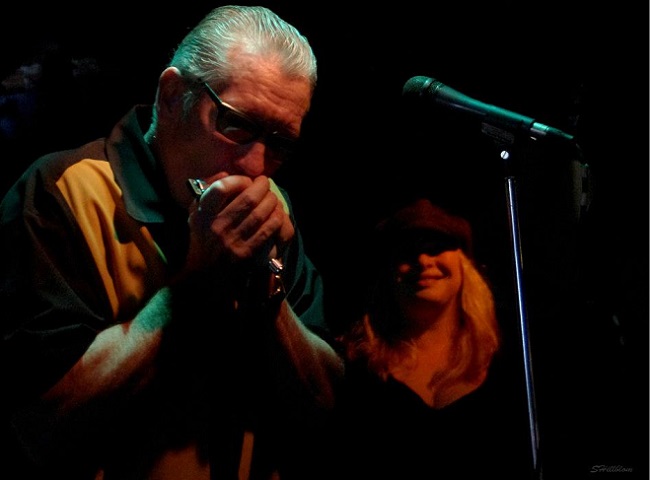 This award winning band has carved a name for themselves by recording and performing their own original music, while staying true to the blues roots that shaped their individual style. The band's most recent CD "Welcome To The Club - Featuring Kid Andersen" was voted "Best Self-Produced Blues CD" of 2010. As well, they won the Sacramento IBC Competition in 2010 and went on to Memphis to compete with bands from all over the world. Most recently, the band was nominated for a "Sammie Award" here in Sacramento. This sharp, well-rehearsed band makes it an "event" both musically and visually every time they perform their mix of gritty Chicago style harmonica driven blues and West Coast Swing.

I have released three CD’s that are all original material. Song writing is very personal to me. Some of my songs were literally written with tear stained ink…some were written through laughter. The blues has taught me that I am an emotional guy. Much deeper than I thought I was. The blues is the deepest form of expression for me. Like group therapy on stage…live.

How do you describe Two Tone Steiny sound and songbook? What characterize your music philosophy?

We do almost exclusively original music…which is a challenge sometimes because folks will show up wanting to hear “Mustang Sally” or “Pride And Joy”. Our sound is a blend of Chicago Blues, West Coast Swing, and a healthy dash of soul. The music has to be tight and REAL. We have to draw the audience in with a solid sound…and keep them there with a good story. I’m fortunate to have a kick ass band behind me…that’s the key. 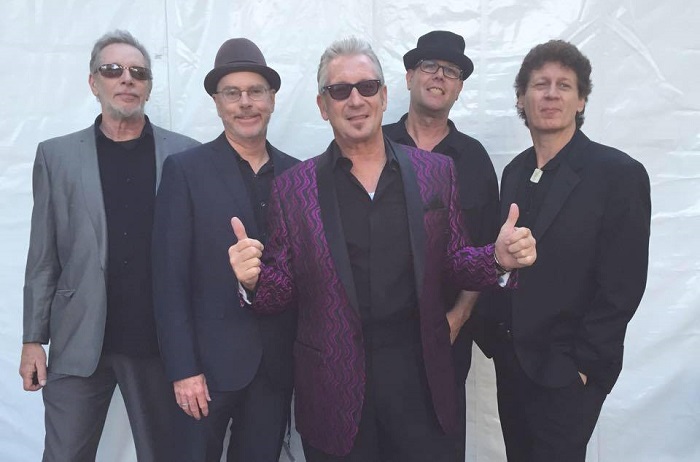 What were the reasons that you started the Blues and Rock n’ Roll searches and experiments?

I’ve always loved blues music. I started writing songs early in life, and after I actually started a band and began performing, the songs started pouring out of me. I always knew I wanted to record as well. It’s very therapeutic for me. I am sometimes asked “how can you write all those songs?”...my answer is always “how could I not??”

Having the opportunity to become friends with, and to record with, Chris “Kid” Andersen is absolutely the most important and most influential experience of my musical life. In my view he is one of the most important and talented musical geniuses in blues music. Watching him play and record is amazing. He’s taught me more about blues music (without really intending to) than anyone else. AND…he doesn’t even play harmonica!

Very early on I was in Buddy Guy’s Legend in Chicago. About 20 years ago. I looked over and saw Buddy Guy himself sitting…by himself at the bar. I got up the courage to go over to him and say “I’m a huge fan! I have a really cool poster of you in my garage!” He looked at me and said…”if it’s so fuckin’ cool, why is it in your garage?” 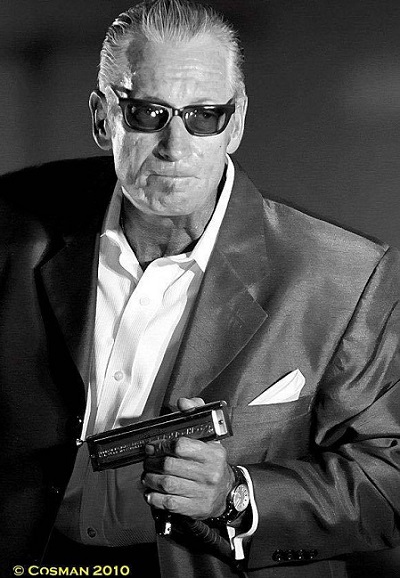 I would have liked to experience the blues scene in Chicago in the 50’s. I wish American culture would embrace the blues as much as other countries do around the world. It’s sad to me….rap singers have diamonds in their teeth and have private jets. There are blues artists with incredible talent who barely make a living…

"Blues musicians are a family that encompasses all races. It’s the only true American original music."

That’s hard to say. Musical taste is subjective. I love blues, soul, gospel, doo wop, ...the other stuff I hear on the radio sounds “thin” to me…it lacks substance. I guess if I could change one thing it would be to pay talented blues artists millions of $$$ by waking up the culture to the genius, passion, and the power of this truly beautiful music.

What are the lines that connect the legacy of Blues from Southern States to West Coast Jump/Jive/Swing style?

I believe you can draw those lines directly back to Chicago. As far as harmonica players…George Smith came from Chicago and heavily influenced Rod Piazza, William Clarke, etc. The West Coast sound to me is definitely a blend of Chicago Blues and Big Band Swing music.

Hell…I laugh all the time when I’m out gigging. People are a trip man. The most touching thing to me is when someone comes up and sincerely shakes my hand…obviously moved…and tells me that they “felt that”. Or when I see someone in the audience that I’ve never seen before singing along with my lyrics…that’s THE BEST!

What is the relationship of Blues culture to the racial and socio-cultural implications? 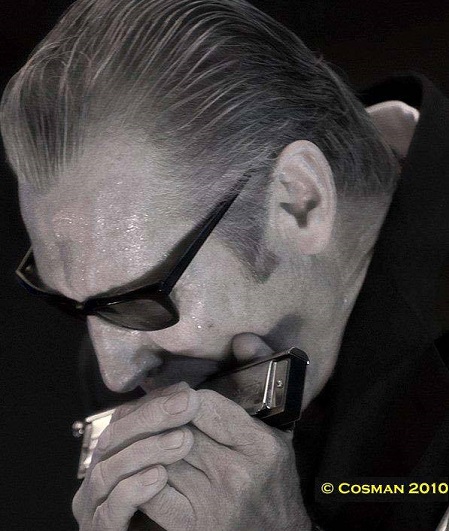 Well…no matter what race you are…if you’re gonna be a part of a blues scene…you better get over it real quick.  There is so much racial diversity in blues…there’s simply no room for “implications”. Blues musicians are a family that encompasses all races. It’s the only true American original music.

" The blues is the deepest form of expression for me. Like group therapy on stage…live."

Sorry to sound boring…but there is no time or place that I ’de rather be than right here…right now.