"Without body language, one person's words would feel empty; feeling is blues' body language, with no feeling, even the correct notes have not essence."

Marcelo Escobar Fernandez is a Mexican harmonica player. At first, Marcelo wasn´t interested in blues, he barely knew what blues was, it was when he listened to Clapton´s From the Cradle, and Muddy´s Hard Again, that he got touched by the blues, and decided to play the harmonica, listening to Little Walter, Walter Horton, Sonny Boy Williamson, James Cotton, Jerry Portnoy, Jr Wells, Rod Piazza, Mark Ford, Butterfield, and listening to some guitar heroes as well, like Bloomfield, SRV, Johnny Winter, Albert King, among other, before we could tell, he already had a little record collection, that he would listen over, and over again, at the same time, he got his first harmonica, a Hohner Pocket Pal harmonica, and began trying to do some licks, until one day, showing some confusion and no much knowledge while talking to the sales person at a local music instrument store, he got the contact of a local harmonica player. 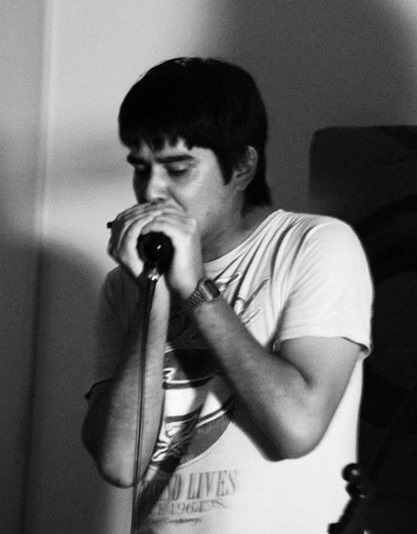 He´s name is Roberto Meraz, but actually, he doesn’t make a living from harmonica teaching, but after talking with him, he made and exception and said he would teach me, as long as I show strong interest and willing to learn to play. Then everything began to get a shape, exercises, bad habits corrections, the discovery of new music, and very important, awareness of tone quality, Marcelo remembers that more than the licks and songs, he emphasized on tone development. He once asked Marcelo “who is your favorite player?” and he said “Is James Cotton”… He went “Well, imagine that James Cotton enters that door playing some licks and asking you to play, what would you do?” Marcelo said … “mmm, I don´t know, play loud?”  he said “tooonnneee, tone, you may not be that fast, or have to many hot licks yet, with few, well planned, well thinked, well executed fat toned notes you´ll be fine.” After the years, he developed an own style of playing, learning to play other music like funk, and rock, in order to make a project with some friends, it was a blues, rock, and funk project called “Reyes Victoria”. After playing for about 6 years, last year he joined a local band called “Los Blue Blazers” which is focused in Texas, Chicago blues style, and some rock, Tex –Mex influences.

I´ve always liked music, but it was 14 years ago, when I met the blues for the first time. I was with two of my friends listening to music in the front porch, one of them said “at 9, I am going to change the radio station, I want to listen to this blues radio show, is that ok?” I liked a lot the atmosphere that the blues is capable to create, chillness, passion, just the correct notes when necessary, and their unique feeling and fat tone, that harmonica, it was some Muddy Waters album with James Cotton on the harp, that was when I realized that I wanted to play the harmonica. "I don´t know, I guess that blues need more diffusion thru TV shows or something, in order to get new generations to know the blues, I feel that blues is more popular among musicians, and not among public in general."

How do you describe your sound and what characterize your music philosophy?

Blues is a lifestyle; it turned into my life main soundtrack. Without body language, one person´s words would feel empty; feeling is blues´ body language, with no feeling, even the correct notes have not essence.

I remember our worst appearance, October 2002, it was a music contest at my faculty, so there wasn´t a second chance to perform, we composed a song, and practiced for a few weeks. But at the time of the performance, everything went wrong, out of beat, sounded awful, so out of structure that we weren´t even able to correct the song and continue, we stopped playing, it was frustrating.

I don´t think there´s anything to fear, there is always going to be blues to suit all tastes and age groups. 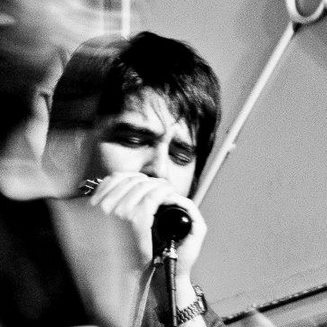 I don´t know, I guess that blues need more diffusion thru TV shows or something, in order to get new generations to know the blues, I feel that blues is more popular among musicians, and not among public in general.

"Blues is a lifestyle; it turned into my life main soundtrack."

Why did you think that the Blues music continues to generate such a devoted following in Mexico?

There always have been devotion, is just that thru internet, it is easier to get to know each other, make projects, gigs, get to know new bands, everybody is discovering everybody.

Make an account of the case of the blues in Mexico. Which is the most interesting period in local blues scene?

What are the lines that connect the Blues from US to Mexico? How is a Latino to play the blues outside the US?

It depends on your influences, West Coast, Chicago, Texas styles, every player has its favorite, no matter where do you live. But geographically talking, I see many friends influenced by Texas blues, rock and country rock styles.

What mistakes would you wish to correct and what touched you from the local blues scene and circuits?

Well, you get to know people, make friends, release tension, it’s a really nice activity, is good to have fun and all, but never stop practicing, I guess that giving your playing for granted is a mistake to avoid.

Chicago, 12 May 1952, just to watch Little Walter doing his magic while he records “Juke”. 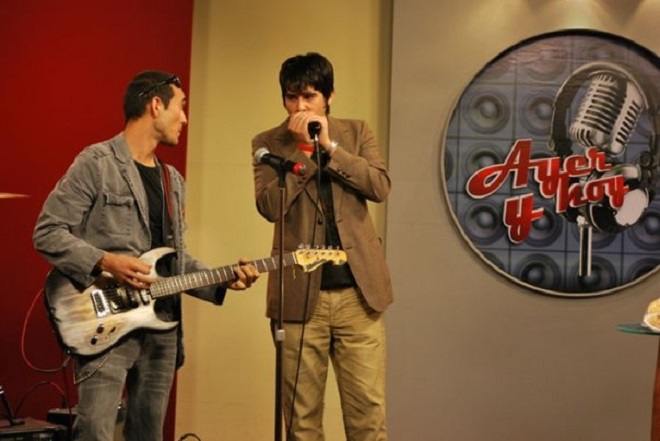