"Blues helps us deal with the ups and downs of life...well, ain't that kind of like what a religion does?" The Valley Advocate called the New York City-born William "Wildcat" Halloran: "The Valley's answer to Stevie Ray Vaughn", The Hamp Gazette said he "inevitably fills the dance floor", but the best compliment came from the late (Grammy winning drummer) Ken Johnson, who opined, "He must've gone to a different music school than the other white boys!". The new band features twin guitars, many guest performers, especially the Harp Girl Singers, featuring the dynamic Caitlin Squires for an occasional Janis/Aretha change of pace, and includes Allman/Clapton/SRV/Hendrix covers along with the dirtiest blues ever to hit New England. Wildcat won Honorable Mention in the Billboard Int'l Songwriting Contest (as well as runner-up "Best Song in the World") and was called " As good a blues lyricist as I've heard...and I'm a Blues Fan!" by the president of L.A. Songwriter's Showcase, John Braheny, and "Innovative without being disrespectful: traditional without being moldy" by Living Blues Magazine. The cats rock the house everywhere they go!!

That Mind, Body and Spirit can work together.  Blues are not about sadness, but rather about a realistic approach to life

In what age did you play your first gig and how was it like?

First gig was at Cathedral High School, Springfield, MA. 1968 ... that's a while ago, but played Cream songs (some of which were blues), no bass player...some girls impressed, some wanted Young Rascals tunes 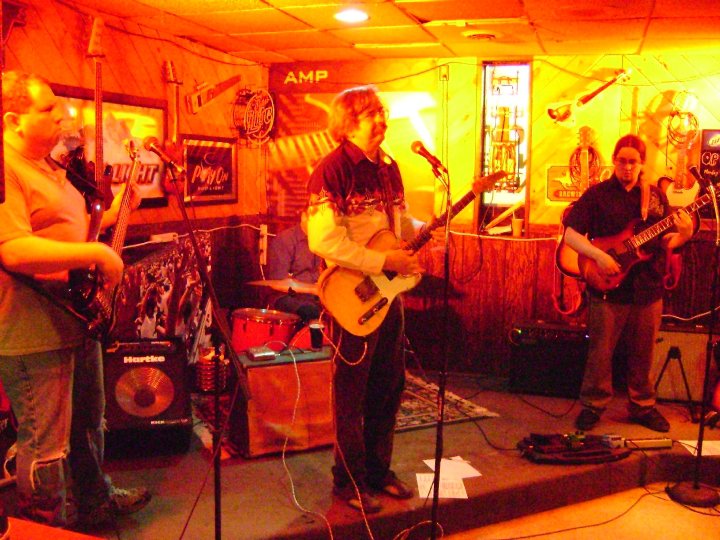 I've been a hard-working rascal, owned a restaurant, did a lot of hard physical labor, and rode the showbiz roller coaster as well. Seen a lot of harsh realities, but also got to play with a lot of blues legends and absorb their experiences

How do you get inspiration for your songs and is it easier to write and play the blues as you get older?

Much easier now...I like to start with a title that suggests a story...like "I second that emotion" or my "Too Big To Cry, So I Might As Well Laugh"

How do you describe Wildcat O' Halloran sound and progress and what characterize your music philosophy?

If we want blues to be as exciting and sexy for young people who were raised on Eddie Van Halen and rap as it was when we first heard it, we're gonna have to ramp up the energy...."put a little energy behind the truth". Our sound is brash, over-the-top at times, and high-energy all the time, even in the slow numbers...if we do an acoustic ballad like "Come In My Kitchen", the audience is shocked...but then we come back even harder on the next tune!

Tell me about the beginning of band. How did you get together and where did it start?

This incarnation of the band started when the staff of the Harp, which included my wife, lured me out of retirement for a benefit show, where I met the young Nathan "Lightning Boy" Dana...I don't usually like young guitar players, but Nate and I hit it off and were soon playing gigs together 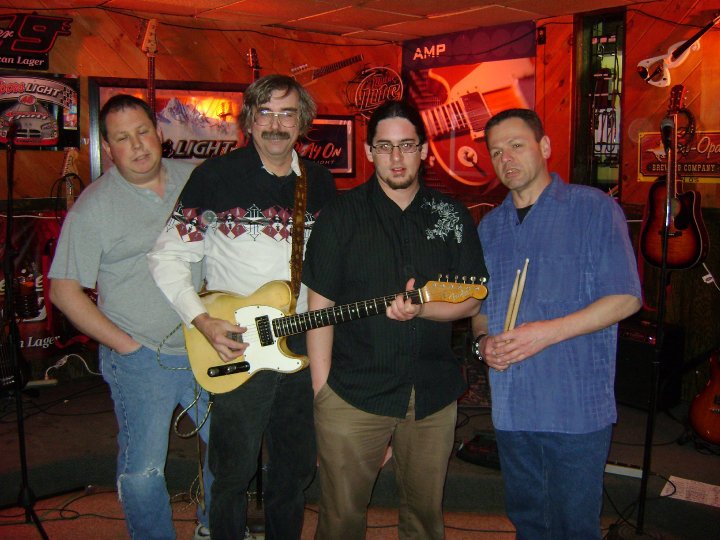 What was the best moment of your career, and the worst?

We just won our local paper's Grand Band Slam, which, while not that important in the big scheme of things, is a computer- based voting thing usually dominated by Young people...so we must be reaching them! And Living Blues called me "one of the most entertaining songwriters nin contemporary blues"… although acting as Bo Diddley's band was a great honor, Bo spent most of the show yelling at our drummer, who quit shortly after.

Well, when we played with Albert Collins, Johnny B. Gayden suggested we use his bass amp (which seemed fortunate since the little blond girl Lari Ann Albano, who was playing bass had forgotten hers)....his amp had an effect pedal sitting on top, and midway through our set it fell off...and unplugged.  We were playing Good Golly Miss Molly at the time, and I've heard a recording of the show, which sounds like we were doing the drums only part (From the early morning etc.) in the middle of the guitar solo.

Lari Ann had been taught that the bass player must never stop playing (apparently she didn't know that continuing to play while unplugged didn't really count....I mentioned that she was a pretty little blond girl, right?) Johnny B Gayden, meanwhile, makes his way through the crowd, and plugs her back in...right on the one of the first measure of a verse, thus making the audience think we did this on purpose!

Improvising in the face of life's problems (with perfect timing and no panic)...hey, that's what the blues are all about!...I remember too that the Collins band looked at me really skeptically on arrival....slowly I realized that my guitar was the same Fender telecaster modified with a Gibson Humbucker pickup that Albert used....they thought I was an Albert Collins imitator! Some of my contemporaries are just going through the motions with the tried and true old chestnuts (Help Me, Stormy Monday)….where's the excitement? Those were great songs, but...ya got anything new? Wake up, and the audience will respond!

Hasn't changed at all....clubs are still paying what they paid in 1968....just a little joke....actually, kids want to rip music for free, and you're competing with every record ever made (including "new" records by dead guys!)...but you can reach out over computer to people who like your type of music who would never have heard it in the old days (in Greece, maybe even)….and recording quality is so much better....and live shows....welll....they're the same as ever

Open shows, put your best out there and figure out WHY the headliner does what they do (and probably CRUSHES YOU!)  Guitar players: the guitar has a volume knob...it is not glued to "all the way up". Play with people you like, there's gonna be too many ups and downs to work around jerks for very long....and minimize use of substances, they make the ups and downs of showbiz even more drastic (and a lot harder to figure out). And when you get that attention you've been striving for....make sure you have something worthwhile to Say!!

Why did you think that the Blues music and Blues lyrics (poetry) continues to generate such a devoted following? 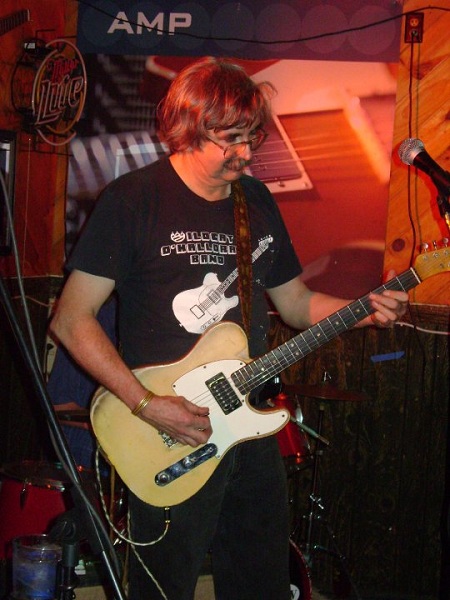 Blues will reach across cultural and any other kind of lines...I think the human heartbeat responds instinctively to it's pulse, and it contains thousands of years of collected wisdom (don't be fattening frogs for Snakes!... you've got a nice little car, but too many drivers at the wheel)...you don't have to be from the South, or a former sharecropper for those things to reach you....they reached out and grabbed me a long time ago...and I haven't shaken off those feelings yet!

Are there any memories from the road with the Blues and the band, which you’d like to share with us?

Played up in Canada in front of 5,000 screaming (mostly French-speaking) Quebec-ites...told the band "This is America's gift to the world"...then went out and sat in with local Quebec musicians (Who now thought we were some kind of demi-gods)….and I remember they had a Port-o-Potty labelled..."Artistes"

John Lee Hooker told us "I Know Robert Johnson better blues singer than me....but he dead" ...can't be intimidated by greats of the past.....you...have to keep this music alive

Make an account for current realities of the case of the local blues scene and what characterize the local sound?

The local blues scene near us is somewhat troubled...we're near UMASS, which means we tend to have audiences that are young, pretty, but not lifelong blues fans (Worcester, Mass. by contrast has actual Blues Fanatics, who tend to be older)...we work pretty hard to interest the kids....some of our contemporaries just make Blues boring, in my opinion

What the difference and similarity between the BLUES, FUNK, SOUL and ROCK feeling?

If you're not blending some Funk, Soul and Rock into your blues today, you're making yourself a dinosaur...but blues is more personal, uses interlocking musical parts (as does funk), lots of bent vocal notes and melisma (like soul). Rock guys are usually not reacting to other players as much, and tend to exaggerate stuff (Guitar vibrato, for example) 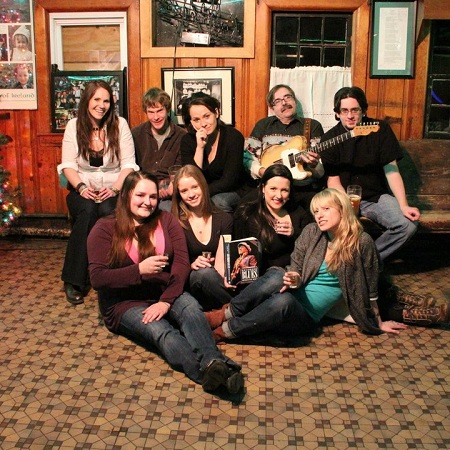 Seeing the twenty-something Harp Girls always makes me smile, especially when they're singing along to a song I wrote!  Playing to a packed house with Gregg Allman or Bo Diddley was terrific....doing sound for Muddy Waters and the Wolfgang.... having James Cotton swipe hot dogs from the club's steamer and give them to us  "I seen what they're paying you and I thought you could use a little help", he said.

The Harp Girls....no, not really... Kenny Johnson, longtime drummer for James Cotton and Kenny Neal, lived in our area for a while, and his constant drive to keep blues arrangements fresh was a revelation for me. And it didn't hurt that I was opening act (or sometimes backing band) for a long list of blues legends (including Greg Allman, Bo Diddley, John Mayall, The Stray Cats, John Lee Hooker, Canned Heat, J. Geils, Son Seals, Charlie Musselwhite, Matt Murphy, Roomfull of Blues, Coco Montoya etc.)

Blues helps us deal with the ups and downs of life....well, ain't that kind of like what a religion does? My one wish is that young people carry the music forward

How do you describe your contact to people when on stage?

After all this time I still look at the guitar too much, but when guys are bring their new girlfriends to our shows ("cause their OLD girlfriend used to get so excited at our shows)...I think we're having the proper effect