Professor Beaumont grew up in the Pacific Northwest. After working in Libya in 1981-82, he began study of Arabic. In 1991, obtained a Ph.D. from Princeton in Arabic literature, and started to Rochester University the next year. In 2002, Slave of Desire, his study of the Arabian Nights, appeared. 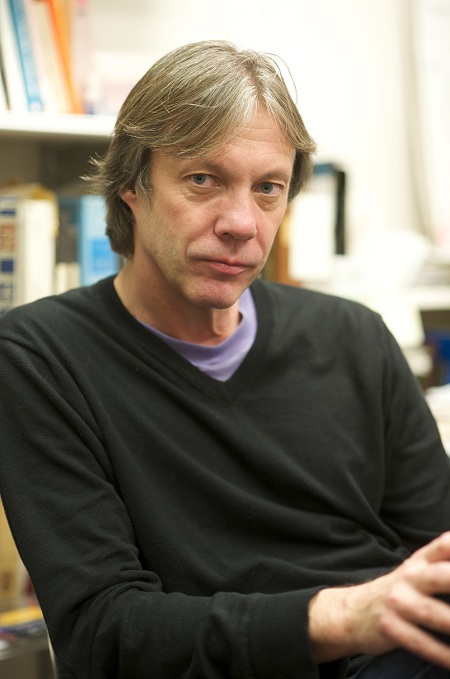 Since 2001 he has also taught a course on the blues. In recent years he has published articles on Arabic literature, contemporary American and European literature, and the blues. He has also made several video documentaries, among them, So Much Truth about bluesman Joe Beard, and "Room Tone," a critique of contemporary life. He is also the author of PREACHIN THE BLUES: The Life and Times of Son House (Oxford Press 2011). "I began to teach a course on the history and influence of the blues. That led me to make a video documentary about bluesman Joe Beard "So Much Truth," and "Preachin’ the Blues" has resulted. In addition to academic articles and papers, I also made several video documentaries." says Prof. Beaumont. Along the way he have also directed an Arabic language program in Cairo, made an advertisement for Abu Dhabi television, and has been on the historic “King Biscuit Time” blues radio show, also is the author of "Slave of Desire: Sex, Love and Death in The 1001 Nights". Daniel Beaumont talks about Son House, Joe Beard, Ali Baba, Freud, Nietzsche, Keith Richards, Jack White, Shakespeare, James Joyce, and Samuel Beckett

When was your first desire to become involved in the blues & what does Blues offered you?
It depends on what you mean by involved. I've been listening to blues since I was a teenager. But starting to teach a course about the blues 11 years ago led to publications and other things. 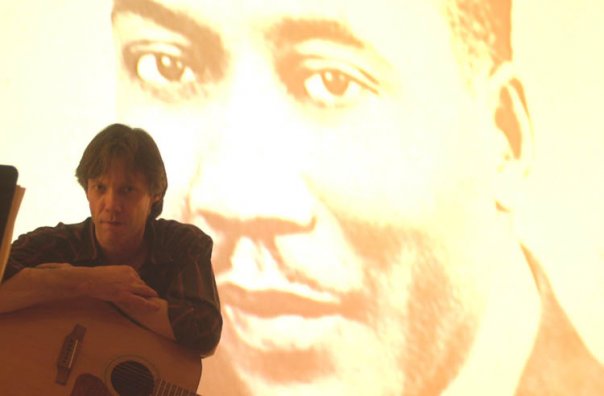 What do you learn about yourself from the blues music…and Arabic literature?
About myself from blues is hard to say. I guess I try to be as honest as possible with myself about my motives. But that's like Nietzsche too, ethics now. The only real ethical task is to try to be honest with yourself about yourself. But that can be hard - as Freud could tell you. What the blues have to say about life is easier. That nothing lasts. From Arabic lit - it's even harder to say what I've learned about myself. Maybe it has made me aware of how much I value unusual things and experiences. But again I've known that about myself for some time. Boredom is the great enemy!

Which is the most interesting period in your life and why?
Well, there have been a number of interesting periods. Living in Portland in the 70s with my closest friends almost all of whom play some musical instrument. Going to Libya in 1981-82 with my dad changed my life, and my understanding of him - he was an extraordinary person. Everything went wrong while we were there, political crisis, and yet it was a great adventure. That's how I got interested in Arabs and Arabic. 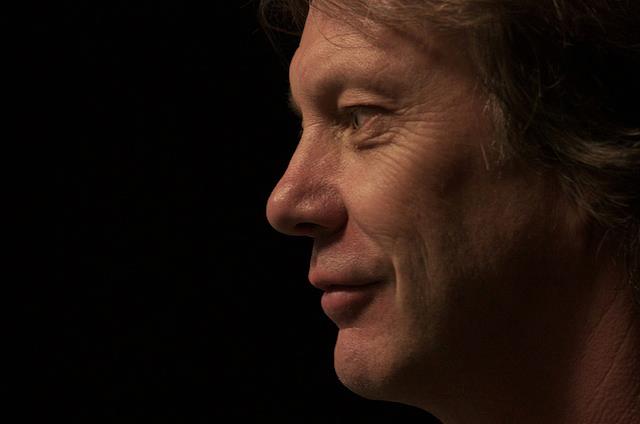 What experiences in your life make you a GOOD professor? How do you want to be remembered?
Well, if I am a good professor...obviously teaching is a craft and art, and the more you do it, you would hope the better you get. It's not so much particular experiences as it is an attitude. To do it well, you have to care about what you teach. Being honest is, again, important in a broad sense. It's a sort of stance vis a vis the students. Not putting on airs and being full of shit. I would like to be remembered - and known - as someone who wasn't afraid to take a stand.

Some music styles can be fads but the blues is always with us.  Why do think that is?
The blues are just foundational to most popular music that they are there even when you're not hearing them. 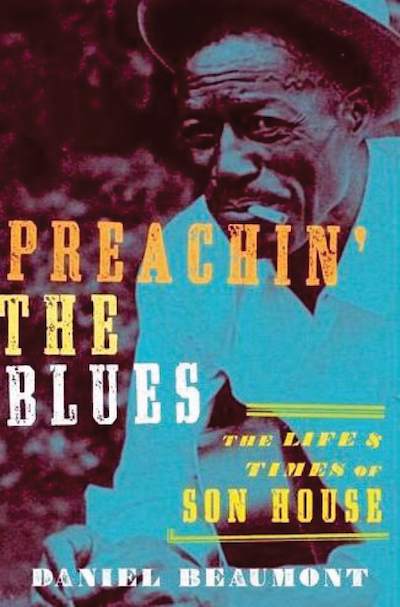 Why did he think that Son House continued to generate such a devoted following?
I think, even among bluesmen, Son House communicated something special. I can't say it much better than I did in the book on p. 167 "...It would be difficult to name a blues musician whose life had not had great hardships, but in Son House his audience sensed someone--and not without reason--who had seen hell and lived to tell about it."

Had you met in personal Son House?  Are there any memories from him?
I never met Son House or saw him perform. I missed him the one time he played in Seattle where I grew up (and Portland). So I have no memories. Which in retrospect wasn’t really an impediment as far as writing the book? Maybe it even gave me some necessary distance.

What is the “think” you miss most from Son House?
Missing him - In any case, he lives on in his music.

Do you think the younger generations are interested in the blues?
That interest comes and goes in cycles, and it always will. Now you have someone like Jack White taking a big interest in it, so all of his fans begin to get interested in blues. The blues are so foundational to rock music that young rock fans will continue to come across the stuff and say, Hey, who's this guy with this wild name Muddy Waters?"

What mistake of modern blues music you want to correct?
I'm not sure that there is a "mistake" in contemporary blues. But I think a lot of blues fans don't really understand the music - or they have a very superficial understanding of it. In musical terms, the blues are deceptively simple, but to actually deliver the goods in a performance is another matter. 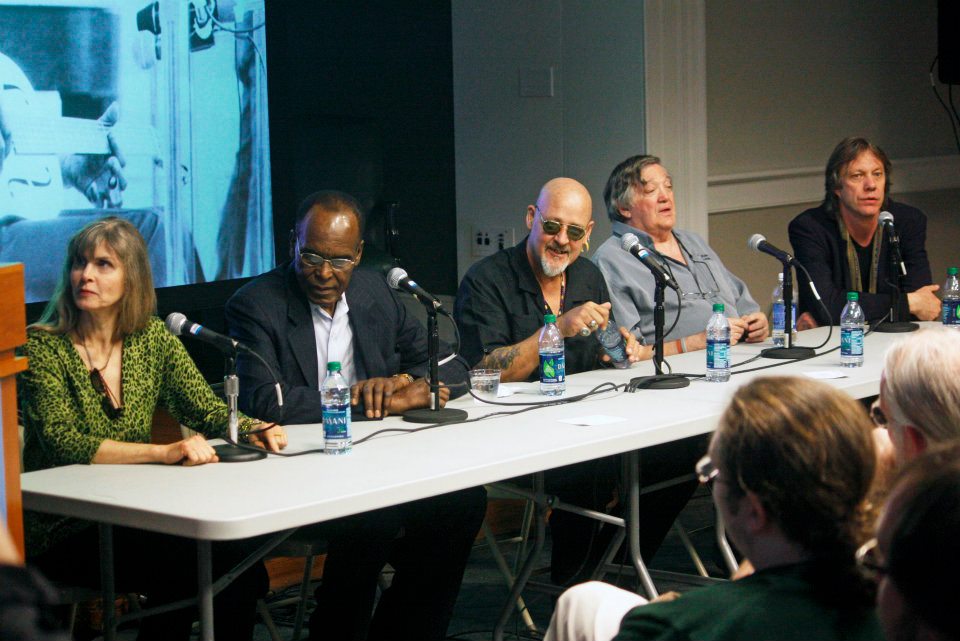 Tell me a few things about your work with Joe Beard, do you have any amusing tales to tell from him?
I got to know Joe Beard because I asked him to come to my blues class and talk about his musical career (now he's done that several times). Then I made a 30 minute documentary about him (which took several years). In the meantime we became really good friends. I have to be careful with funny anecdotes, but I'll tell you this. I know Joe well enough to know that he has a sort of affable persona that he shows most people and they really have no idea what he's thinking. He smiles and listens. Then he might turn to me later and say, "That guy had no idea what he was talking about."

Our friendship goes beyond music. I know his family, and he knows mine. We are apt to talk about anything - not just music.

What advice would you give to aspiring musicians, writers, thinking of pursuing a career in the craft?
Don't worry about a straight path! Do whatever seems interesting and avoid boring people and boring tasks. You have to eat, but if you worry about money first, that's all you'll end up doing. Learn how to talk to different kinds of people. Don't put on airs. A lot of academics don't know how to talk to the person who empties their wastebasket. They're uncomfortable because of the difference in social class and so on. In a sense my whole life has been about trying to escape middle class America: Exile on Main Street. 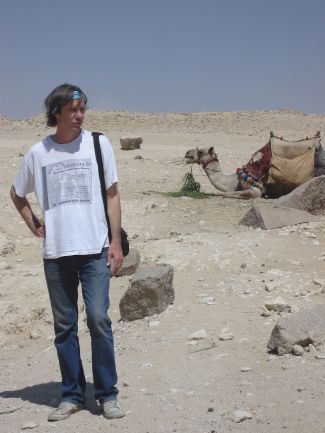 You have traveling all around the world. What are your conclusions?
The world's in a helluva fix. Seriously, I would say that most Americans, especially the people who vote for the Republican Party have absolutely no idea what this country looks like to people outside it. They are watching the "Reality Film" as William Burroughs called it, and they take that for reality. Whenever I've been away for a while and I come back, I feel like I've reentered the looney bin.

Which of historical personalities would you like to meet?
Any of the writers or thinkers I admire, Shakespeare, Flaubert, Joyce, Beckett the list could go on. A more interesting question, what fictional characters do I wish I could have met? Emma Bovary and Huckleberry Finn.

I was roaming around the Delta region with some friends shooting video for my blues class and we ran into Sonny Payne and I told him what I was up to, and he about to do the show. He said, "You can be a guest on my show." He was very nice.

How does the blues lyrics (poetry), help "re-discover" yourself?

Blues lyrics can help to crystallize your thoughts and feelings. One of the points I make in my blues class about lyrics is that blues is an unsentimental form in a culture that love cheap sentimentality. I make the point that Tin Pan Alley lyrics about a failed romance are almost invariably from the standpoint of the jilted lover, the one who is pining. Not so in blues - blues is just as often from the standpoint of the person ending it. One of my favorite "floating lyrics":
I'm goin', I'm goin' and your cryin' won't make me stay (2X)
The more you cry, the farher I'm goin' away. How would you spend a day with the Devil in crossroad?
I'm not a believer. There is no Devil, so I would just be by myself all day at the crossroads.

What would you say to Ibn Arabi? What would you ask to Rumi?
I really don't have much to say to either Ibn Arabi or Rumi. Mysticism to me is mystification. Depending on which side of the bed I get out of (the Marx side or the Freud side) religion is either alienation or mass neurosis.

Happiness is……   Desire is……   Truth is…..
Happiness is fleeting, an enigma. Desire is always en route. Truth is hard to know. 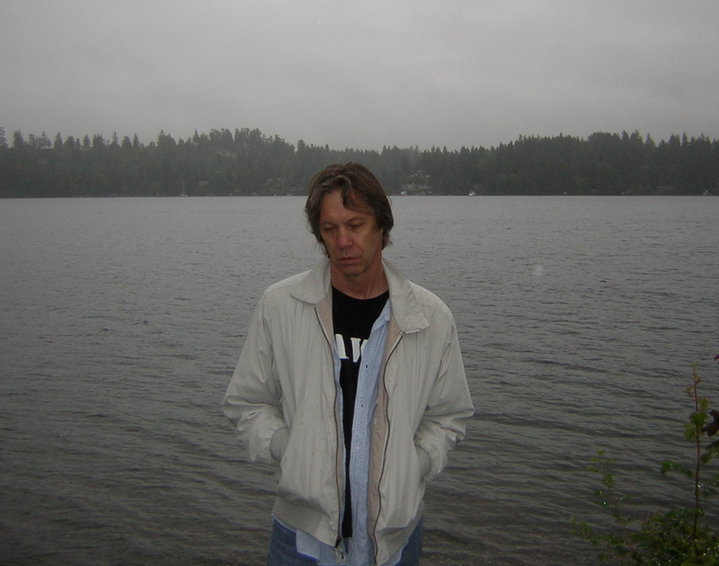