"Music is bringing people together. It’s the greatest thing about art." With a mild and almost introspective demeanor, he effortlessly works out tight shimmering clusters of notes that ripple through your abdomen and carry your spirit straight to the heavens. As with most passionate young musicians, Lars began his understanding of the guitar as a self-taught wunderkid. Lars first professional gig was in a Jazz band that enjoyed a once-a-week club gig, and then he went on to gig for some Top 40 bands. Two years ago he formed a jazz & rock trio in Germany. Lars Kutschke with his Organ Trio Soundsville (featuring Italian Blues/Jazz masters Alberto Marsico and Gio Rossi) he recorded two albums and played clubs and festivals all over Europe. Besides pursuing his own projects he has toured and/or recorded with Bettye Lavette, Alex Schultz, J.C. Doo-Kingue, Shakura S‘Aida, Cuba Nova and German artists Sido, Günther Fischer, Pascal Von Wroblewsky, Die Zöllner & Keimzeit. Lars Kutschke‘s first solo effort “Right Here Right Now” released in January 2013, recorded in Berlin with Chris Coleman (drums), Tom Goetze (bass), Sjan Sahm (keys & organ), Al Plummer (percussions) and Sharrie Williams (vocals).

Having played all kinds of musical styles it soon became clear to me that blues is the root to most of what’s going on in popular music….it’s everywhere, of course it’s most obvious in jazz and soul, RnB and rock but even 80s new wave music can’t deny the blues heritage. Kraftwerk and Hip Hop can’t. Madonna or Lady Gaga wouldn't sound like they do without the blues. Only I doubt that they’re even aware of it.

I was always fascinated with the Blues. It’s the root, the key to everything and it’s as soulful as music gets. And as you get older you want to dig deeper. I did in both Blues and Jazz, discovering that it can be way more interesting to explore the roots of a genre. Meaning that I would recommend to young musicians to check out Lester Young and Coleman Hawkins before getting into Coltrane or Michael Brecker. Nothing wrong with Matt Schofield or Joe Bonamassa, but do your homework on BB, Albert, Otis Rush and all the classic guys. It will get you much further.

It's not so much a certain music genre that has influenced my view. Travelling all over the world, playing music has really opened my eyes. You can put a smile on people’s faces, give them energy and hope. Music does that, I’ve seen it everywhere, and it’s beyond any genres. I’ve met people all around the globe, heard their stories and shared mine. To me, it’s a real blessing and the best part of being a travelling musician. 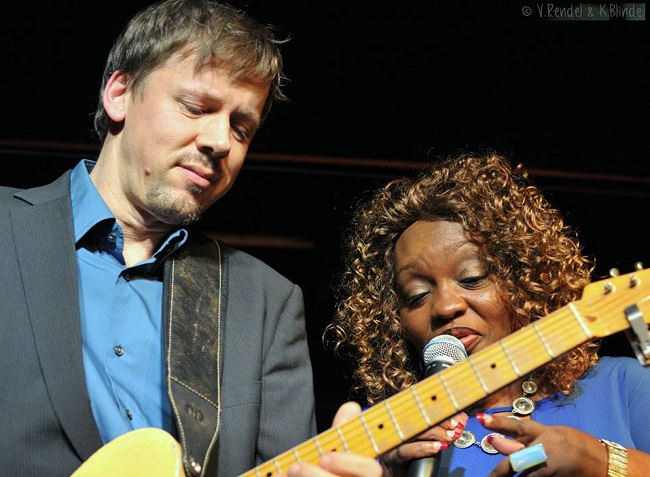 „Shut up and listen“…. I’ve learned so much from people I played with. that’s an advice to the generation of „Youtube Guitarists“: some things You can only learn onstage, I was blessed to play with a lot of great musicians, people way above my level - and just trying to hang in there, open Your ears and give it what You got gets You a lot further than any practice at home (but I’m not saying there’s anything wrong with practicing as much as you can!!). Playing with Sharrie Williams over the years, we shared festival bills with a lot of Heavyweights of the scene: Taj Mahal, Van Morrison, Ike Turner, The Holmes Brothers, Larry Mc Cray, Bonamassa, The T-Birds. Just getting up there before or after them and deliver something that’s relevant - that’s a huge task. And one guy once told me: Just do whatcha doing! Meaning, just be yourself and put your heart in EVERY note. Then people will listen to you, it’s NOT a matter of out-shredding the guy who was on stage before you. Not at all.

The sessions to my first solo record with drummer Chris Coleman come to mind - he worked with Prince and had a lot of stories to tell. I’ll never forget a single one of them.

Blues used to be a fresh art form, relevant to people’s lives and their feelings. Now it’s dominated by a few conservative minds, the „Blues Police“ who decide what’s „real blues“ it has become a museum. They should stop bashing and hating on artists like Bonamassa, if it’s not your thing, that’s ok, but You got to give the guy credit for bringing the music to a broader audience!! Luckily a lot of great things are happening right now, there’s a lot of young, fresh voices in the Blues that will hopefully will win back a younger, open minded audience. Kirk Fletcher and Josh Smith are two of my favorites.     Photo by Bodo Kubatzki 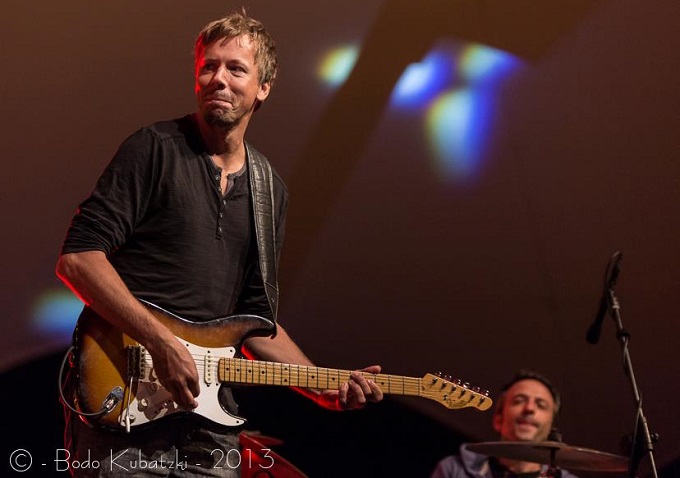 "Having played all kinds of musical styles it soon became clear to me that blues is the root to most of what’s going on in popular music….it’s everywhere, of course it’s most obvious in jazz and soul, RnB and rock but even 80s new wave music can’t deny the blues heritage."

I would love to change the perception of musical genres as far as support from the governments. In my Country, Opera Stars easily make 10k per night, and the government supports those events financially. Meanwhile some of the greatest Jazz and Blues virtuosos can hardly make a living. There’s something wrong there.

Blues has a long tradition in Germany, it started out in the wake of the British Blues Explosion in the 60’s. There’s some good stuff! Talking about younger voices, I enjoy the music of Henrik Freischlader and my friend Michael Merwijk.

What is the impact of R&B, Blues, Jazz and Rock to the racial, political and socio-cultural implications?

Music is bringing people together. It’s the greatest thing about art.

Easy to answer that one. I’d like to go to New York of the late 40’s for one day, just to wander around from club to club on 52nd street and hear Bird, Dizzy, Miles and Mingus, all in one night which was totally possible in those days. That must have been awesome. 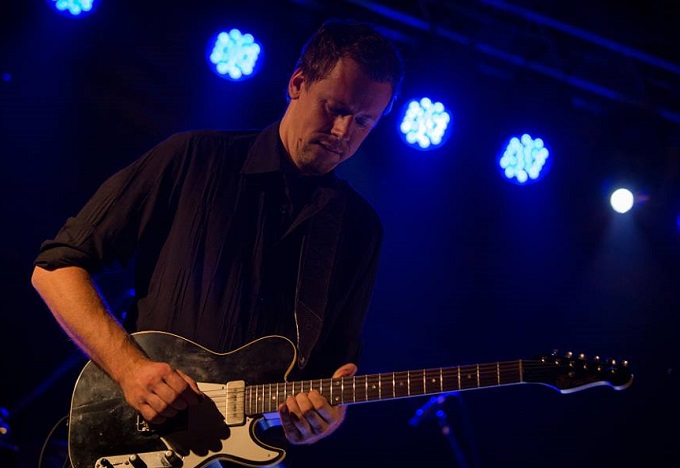