"The blues is a part of my culture, just like country and western is to Caucasian. A lot of people say you have to FEEL the blues, but I think the blues is in your heart, mind and soul. You have to feel it in order to live it."

Scrap Iron: The Blues Is Alright!

Frank “Scrap Iron” Robinson Jr. Church, spent thirty years on the chitlin’ circuit as James 'Little Milton' Campbell’s road manager. He watched the door, the money, and Milton’s back. He has some great stories and experiences to tell. Twice a year he serves as a Master of Ceremonies on the Legendary Rhythm & Blues Cruise. The blues is a part of his culture of Scrap Iron, a veritable character of Blues! Scrap Iron says: "The blues is a part of my culture, just like country and western is to Caucasian. A lot of people say you have to FEEL the blues, but I think the blues is in your heart, mind and soul. You have to feel it in order to live it. Also, when you hear a blues record, it doesn’t mean that it has happened…but that it could happen. For instance, you come home and your house is empty b/c your women done left you and the only thing left is the dog. Now it that’s not the blues, what is." Scrap Iron was born at early 1951, in Yazoo City, Mississippi

I’ve learned that you have to be a business man first and an entertainer second. You have to say what you mean and mean what you say.

The blues is a part of my culture, just like country and western is to Caucasian. A lot of people say you have to FEEL the blues, but I think the blues is in your heart, mind and soul. You have to feel it in order to live it. Also, when you hear a blues record, it doesn’t mean that it has happened…but that it could happen. For instance, you come home and your house is empty b/c your women done left you and the only thing left is the dog. Now it that’s not the blues, what is. 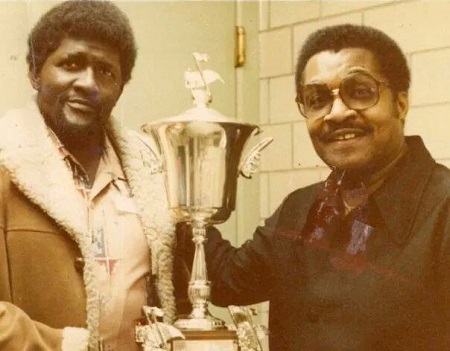 Little Milton and BB King ...and the late Albert King.

You have to stand for something or you’ll fall for anything.

Why did you think that Little Milton music continues to generate such a devoted following?

Understand that Milton was a versatile singer. He could take tunes like Wind beneath my wings which is on the Back to Back CD and the ladies would be mesmerized when he’s sing it. Whatever he felt, that’s what he sung. You have to really be there to witness a Little Milton show to understand. Ladies would actually hold themselves until intermission; they would not go to the ladies room. Hilarious, but true. He was always a ladies man b/c of the dressing, cologne, etc. We didn’t’ wear blue jeans on stage; we were always in uniform.

It would take a lifetime, but I will share this: everywhere we went, we were always greeted with open arms. For example, he could send me and the band to a hotel and in those days I didn’t have a credit card. And all I’d say to the hotel managers is that Little Milton would be here in a few days. And that was all they needed because he had built his reputation up as a business man. And that’s why I am the way I am…a business man first and an entertainer second.

What do miss most from the blues of past?

What are your hopes and fears for the future of blues?

I wish we could go back to the days when all musicians were family, regardless of race, creed or color. If you were somewhere and a horn player needed a reed for his sax, someone would always come to his rescue. There’s too much jealousy in the music world today. It wasn’t all about the money; it was about the music.

What has made you laugh and touched you emotionally in your 30 years on the Chitlin’ Circuit as road manager? 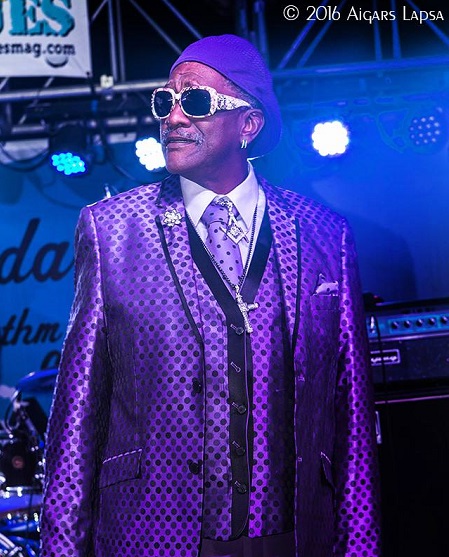 Again, that’s hard to answer. The emotional part is when I lost Milton in 2005. Although God had moved me 12.5 months knowing what He was going to do. That was the most emotional part. On the Chitlin’ Circuit, there wasn’t a day where some kind of humor wasn’t going on. The old guys like Milton and Tyrone Davis, Johnny Taylor, Albert King…they would always have some kind of bull going on.

"Back in the day, you’d be with an entertainer 25+ years. We were family. You don’t have that anymore." (Photo by © 2016 Aigars Lapsa, All Rights Reserved)

What has been the hardest obstacle for you to overcome as a person and has this helped you as a bluesman?

I would have to say missing all of my friends who are no longer with us. gone but not forgotten. Their music will live – forever. And the saddest thing about it…no one but no one will ever fill those shoes.

Number 1 is as a race of people who have had this music forever, nowadays the younger generation doesn’t even recognize our music. Radio stations don’t recognize our music. If you get a blues station, they want to play it at 3am or on Saturdays. Like WBIA in Memphis, TN that has all blues Saturday. It’s a shame to say that the younger generation doesn’t have a clue about what the music is all about. You have a divided culture when it comes to this music; but the music should be that whoever is playing the music should be recognized. You have some old musicians who have been great, but when it comes time to get the awards, the younger generation gets it and they haven’t paid their dues; they don’t have a track record. I know a lot of people don’t like what I have to say but I speak the truth. Oh by the way, I’ve had a good life so whatever I say, I speak the truth. It’s a shame when you go on Beale Street in Memphis to the “supposed” blues clubs and you hear everything but the blues; you hear Jimi Hendrix. It has got too commercial for the music. Musicians don’t dress anymore; they wear the same thing on the street and on stage. If you look at old films, you’ll see what I’m talking about. Even today when I go on stage, I dress according to like it was back in the day. Suited and booted from head to toe. Smelling good, looking good…neatly groomed. Because this was a part of the Chitlin’ Circuit; everybody was uniformed, from the bus drive to the souvenir person to me, the band, but most of all, the entertainers. 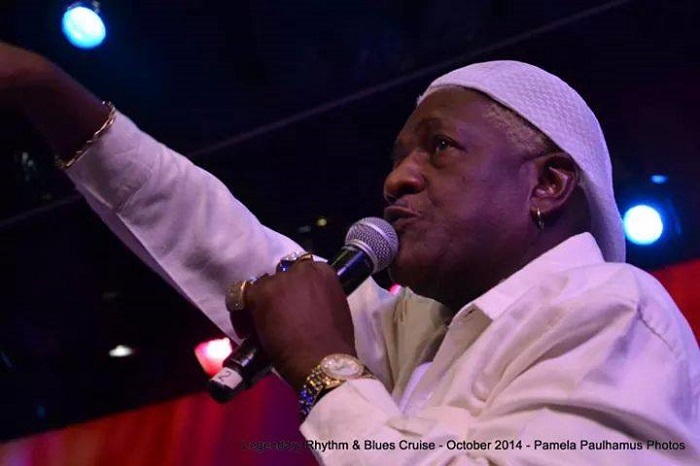 "I’ve learned that you have to be a business man first and an entertainer second. You have to say what you mean and mean what you say." (Photo by © 2014 Pamela Paulhamus, All Rights Reserved)

What are the highlights of your life and career as MC on the LRBC?

I would have to say I want to thank Roger Neighbors for allowing me the opportunity to be one of his MC’s. He was in Memphis when I was the MC and host of the BB King’s club. And when he saw my performance, he thought enough of me to bring me on as a member of his staff. I’ve met a lot of people who thought enough of me to put the money up for my name to go on the wall of fame at the Blues Hall of Fame in Memphis, TN. You had 3 cruises who put up $10k for my name to go on that wall. Other than that, my name would have never been on the wall. So you see the LRBC is like family. If you ever get a chance to see the documentary Deep Sea Blues, I think you should go and get it; you’ll see what I’m talking about.  We become family. Michael Weiner out of east Texas and his lovely wife Trudy – I didn’t have a computer or know about email – he thought enough to send me a brand new HP computer. So you see, we are family. If a cruiser has a problem, it’s everybody’s problem.

Back to Italy or Switzerland. Beautiful country and I’d like to see it one more time before I leave. As I was saying, on the 3rd of September, we’re doing a live CD and video recording of me and the original Little Milton Band. Mr. Michael Packer out of NYC will be my special guest and he is a legend. He thought enough of me to be a part of this and I’d  just like to thank him in this interview. My producer Mr. Guy Powell thought enough of me to take the time out to travel with me and film a documentary on the story of my life. The cruise has brought this to me. So this is what this is all about – family. It’s the LRBC family. Once you go on one, it’s like a drug – you be hooked.