Q&A with Buffy Sainte-Marie, one of Canada's most renowned Indigenous singers, activists and icons anchors

"Our music and our actions helped to end the Vietnam War and put Lyndon Johnson out of business. We also developed the changes that led to the Civil Rights Movement, the American Indian Movement, and the feminist movement."

Buffy Sainte-Marie: The Healer of Souls

Award winner Buffy Sainte-Marie’s audacious attitude to life on and off the stage has inspired people around the world for over five decades. Her upcoming new album "Medicine Songs", due out this fall, is full of new activist songs that she's written as well as re-workings of some of her classic political and protest tunes. Sainte-Marie’s previous album, Power in the Blood (2015), begins where it all started, with a contemporary version of “It’s My Way,” the title track of her 1964 debut. Its message, about the road to self-identity and the conviction to be oneself, still resonates with the Cree singer-songwriter, activist, educator, visual artist, and winner of countless awards. You know Sainte-Marie from her 1960s protest anthem “Universal Soldier”, open-hearted love song “Until It’s Time for You to Go”, incendiary powwow rock “Starwalker”, or the juggernaut hit “Up Where We Belong,” which she co-wrote and Joe Cocker and Jennifer Warnes sang for the soundtrack to An Officer and a Gentleman. One of her earliest classics, “Cod’ine,” a harrowing account of addiction well ahead of its time, was covered by everyone from Joplin to Donovan to Courtney Love. There was no mold from which Sainte-Marie emerged; she created her own, ripened from experiences in both her head and her heart.       Photo by Annie Leibotvitz 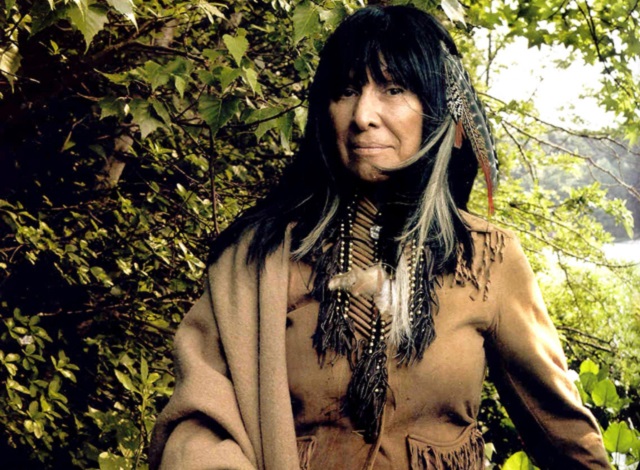 Power in the Blood is a follow-up to 2008’s acclaimed Running for the Drum and only her fourth studio release in more than 20 years. Sainte-Marie’s creativity is always in motion, and her passport’s always in hand, touring for lectures and performances around the world with her high-octane backing band. Often pegged as a folk singer – particularly by past record labels that either failed or were unwilling to see how far ahead of the curve she was – Sainte-Marie never fully fit in with her ’60s contemporaries. While her peers were singing the centuries-old folk ballads she may have adored, her songs sprang from her own imagination and were effortlessly unique. Power in the Blood is a reminder that, five decades on, it is still futile to silence artists or to put Sainte-Marie in any single category. She simply doesn’t fit. Yes, she can inspire you to rise up and take action, but she can just as easily melt your heart with a tender ballad. Go back to “Until It’s Time for You to Go” and you’ll be hard-pressed to say when it was written or for whom. It’s evergreen and, like so much of Sainte-Marie’s work, it’s universal.

What do you learn about yourself from your experiences? What does "Art/Music and Activism" mean to you?

Art and music are the ways I express myself about just about everything: love and the world we live in and the changes we would like to see.

What were the reasons that you started the music and visual art researches? How do you describe your songbook?

I've made up songs and pictures since I was a little kid, mostly because it was fun, but also because it was an obvious way to communicate, as easy as talking.

My songbook is very diverse. Some songs are pop, or easy to play and dance to; others are like college theses, detailed and bulletproof in their accuracy; still others are bluegrass or country songs, or rockabilly or like Delta blues. But each one is its own little movie, the way I heard it in my head.

"Art and music are the ways I express myself about just about everything: love and the world we live in and the changes we would like to see." (Photo by David Gahr / Singer songwriter and activist Buffy Sainte-Marie performs at the Newport Folk Festival in July, 1967, Rhode Island)

In the mid 1960s I helped Joni Mitchell get her first deal and it was beautiful to see her make a great career.

Chet Atkins gave me a lot of confidence when he reached out to me and invited me to make an album in Nashville, introduced me to other songwriters like Kris Kristopherson, and other musicians like Norbert Putnam with whom I made four of my favorite albums in the 1970s. And Chris Birkett has been my recording partner for my last five albums and he just gets better.

I miss the great diversity you could find in music styles during the 1960s: international, multi genres, flamenco next to 1930s blues next to contemporary songwriters. In the 1970s it became pretty corporate and genre-fied, with record companies taking the lead and narrowing the playlists.

My favorite thing about today's music is that once again it's become easier to hear music from all over the world via the internet. What disappoints me is that so few of my peers seem to be writing controversial or protest music, although hiphop does address issues of inequality.

What I fear now is the same thing I have always disliked about professional show business: the big money gate keepers who seem to see art only as a key to the cash register when actually it can be so much more if it is allowed - and helped - to get to the audiences who want to hear it. My wish is for people to understand that war and greed proliferate if we just sit quiet and allow it. Listen to the lyrics of my song Carry It On.

"My songbook is very diverse. Some songs are pop, or easy to play and dance to; others are like college theses, detailed and bulletproof in their accuracy; still others are bluegrass or country songs, or rockabilly or like Delta blues. But each one is its own little movie, the way I heard it in my head."

How has the Native American culture/philosophy influenced your views of the world and the journeys you’ve taken?

Because of the fortunate combination of airplane tickets and my own interest I've lived among lots of indigenous people, so I know that there is more than one way to do just about anything. There are many different styles of effective government - not just one; different family styles, different cultural aberrations, old abusive behaviors that we can break free of if we have the courage to break the cycle. Native American people had the very worst of European behaviors imposed upon us for hundreds of years (poor health, slavery, child abuse, the oppression of women, alcohol, land theft etc.) and are very slowly recovering.

It has been my pleasure to discover Native American early advances in mathematics, astronomy, optics, acoustics, surgery, architecture, medicine and agriculture as benefiting the entire world. But most of all it is our respect and love for nature that we are still trying to teach.

What is the impact of music and your generation to the racial, political and socio-cultural implications?

We have accomplished a lot. Our music and our actions helped to end the Vietnam War and put Lyndon Johnson out of business. We also developed the changes that led to the Civil Rights Movement, the American Indian Movement, and the feminist movement. We even managed to help overcome the big tobacco industry so that almost everybody has quit smoking cigarettes, especially on airplanes and other confined spaces, which was thought undoable at one time.

I'd like to do a flyover of the ancient pre-Columbian Americas and see the huge cities (much bigger than any European city at the time), the giant pyramids (some bigger and older than those in Egypt) and the way people were doing irrigation and hybridizing and planting and supporting many city-states of a quarter of a million people who all had enough to eat and lots of interesting things to contribute to their survival. 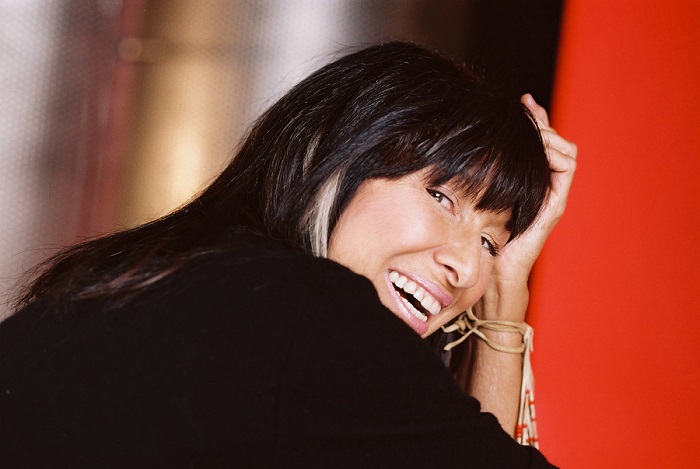