"I consider the Blues an art form. An art form that allows a person to express what they feel. No different then painting, writing, sculpture, dance, or any other form of music."

Ron Hacker was born January 25, 1945 in Indianapolis, Indiana. He was brought up without a real family as his dad died when he was four years old and his mother rejected him and his brother, thus church women, aunts and uncles had to take care. All of this only helped to turn Ron into a mean-ass little kid, as he says himself. 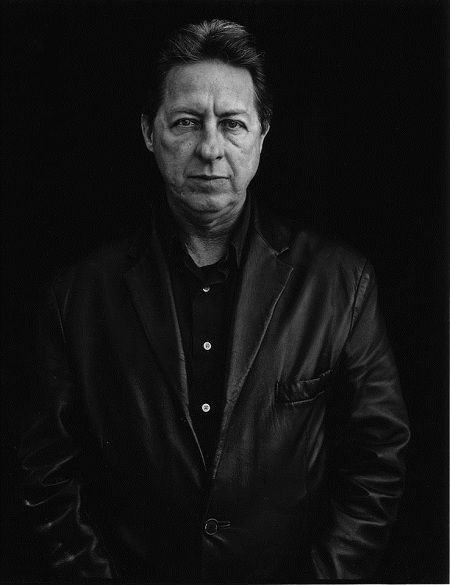 Bad luck? Well, at least it helped him to find the blues when he - only eleven years old - was sent to the juvenile center for breaking into parking meters. There he got in touch with the blues which wasn't played in his white neighborhood. When Ron moved to the Bay Area for the first time in the 60s with his brother, he did drugs too. When he heard Elmore James stuff in one of the dealer's houses he wanted to play the blues like Elmore and that's when he bought his first guitar for five dollars.
Being white and playing acoustic slide doesn't make you a blues musician exactly, so it was Ron's lifetime luck - once he returned to Indianapolis in the early 70s - when a DJ asked him if he wanted to meet James "Yank" Rachell. Ron didn't really know who that guy was but Yank changed his life. Yank Rachell, once partner of Sleepy John Estes taught Ron about the Delta Blues and implemented one important message into Ron, i.e. he should never let these blues die. That's where Ron's mission started and where the mean-ass little kid started to turn into the great electric slide guitar player he is today.
Back in the Bay Area Ron started to play solo for eight years and then formed his first band at the end of the 70s being named the Hacksaws from the beginning. There have been various versions of the Hacksaws through all the years - some of the musicans are listed in the discography underneath.  In 2006 Ron Hacker released a book ("The white trash bluesman") about his life .

Ron, when was your first desire to become involved in the blues & who were your first idols?
The first time I got the blues, I mean really got the blues, was in 1956. A friend and I got caught breaking into parking meters. I was eleven - he was twelve. Off we went to the juvenile center. The counselors in the center were young Afro-Americans in their twenties and they loved their music like young dudes do. In '56 their music was Elmore James, Howlin' Wolf, Muddy Waters, B.B. King, Jimmy Reed. I fell in love with the music and it's been a part of my life since then. As I've gotten older I've tried to concentrate more on playing the Blues than living them." 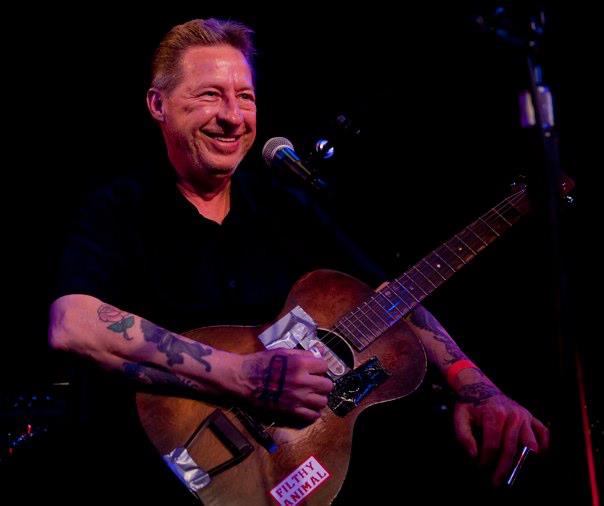 What was the first gig you ever went to & what were the first songs you learned?
Cat shit, Smoke, and the Blues.
The smell from the box of cat piss, cat shit, and cat spray was so strong that no one coming in the front door would have any idea how much pot smoking was going on in the twenty fourth St, third floor flat in San Francisco, where the seed was planted that made me grow into a blues player, not just listener.
I was a carpet layer at the time and I’d hired a nineteen-year-old hippie, who was strong as an ox, to be my helper apprentice. He also smoked massive amounts of marijuana.
The flat on twenty-fourth St. was Jim the dealer’s flat. Jim also loved the Blues and had a great record collection. Jim and I became good friends we’d set and smoke big joints listening to the Blues. Jim would roll one after another until I would have to leave because I wasn’t used to smoking like that. I’d get the laughs so bad I’d be out of control.
Jim taught me a lot about country Blues. I knew about Chicago stile from Jimmy Reed, Little Walter, Elmore James, but nothing about Fred McDowell, Robert Johnson, John Hurt and all the others.
When Jim had me listen to Fred McDowell’s You Got to Move and then played the Rolling Stones’ version, it moved me down to my bones, and from that moment on I have wanted to do nothing but play slide guitar. It took a year and a broken arm before I made the commitment to play music. 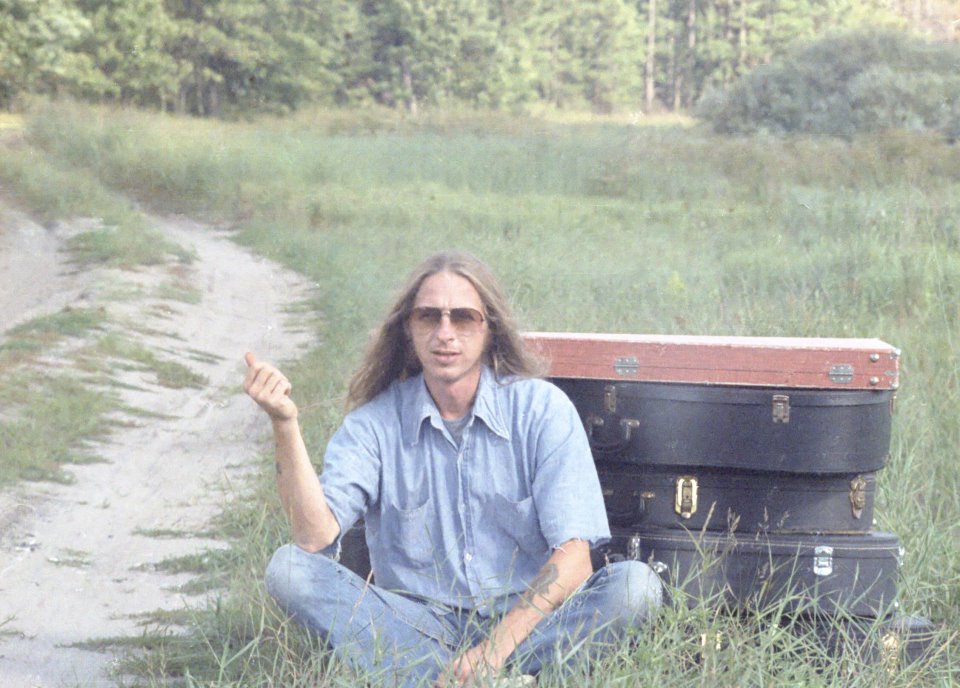 How do you describe you philosophy about the blues music?
The Blues has been a part of my life since I was a little boy. I’ve lived them, played them, read about them, talked about them, and listened to people talk about them. Over and over I’ve had to listen to people say white boys don’t have the life experiences to play the Blues. I say, ”Bullshit”.
I consider the Blues an art form. An art form that allows a person to express what they feel. No different then painting, writing, sculpture, dance, or any other form of music.
Who would ever tell a Mexican guy he shouldn’t try to be a dancer, who would ever tell a black man he shouldn’t try to be a sculptor, who would ever tell a Chinese guy he shouldn’t play classical music, no one. But for some reason it’s said over and over that white guys don’t have the right to play the Blues.
I had a well known and respected Blues man tell me one time, “The problem with white guys playing the Blues, is they listen to some records, learn some licks and think they can play the Blues”.
I didn’t call him on it; I went to Yank Rachell and asked him how he learned to play. He said he watched his uncle, and, “I listened to Charlie Pattοn records”.

What advice Yank Rachell given to you?
Yank told me "Don't give your music away cheap, because they will treat you cheap" Which was the best moment of your career and which was the worst?
The best time on stage was when I played the Monterey Jazz festival with Yank Rachell. The worst would have to be a bar in Ohio where the fraternity boys didn't want to hear us and paid us to stop so they could sing their school ra-ra-songs.

What does the BLUES mean to you & what does Blues offered you?
The Blues saved my life. If I hadn’t found a way to express my pain, my pain would have killed me, and if Yank Rachell hadn’t told me I was the real thing, I wouldn’t have kept playing them for the last forty years.
The greatest gift the Blues has given me is self respect, I have worked hard to get where I am and I take pride in that hard work. 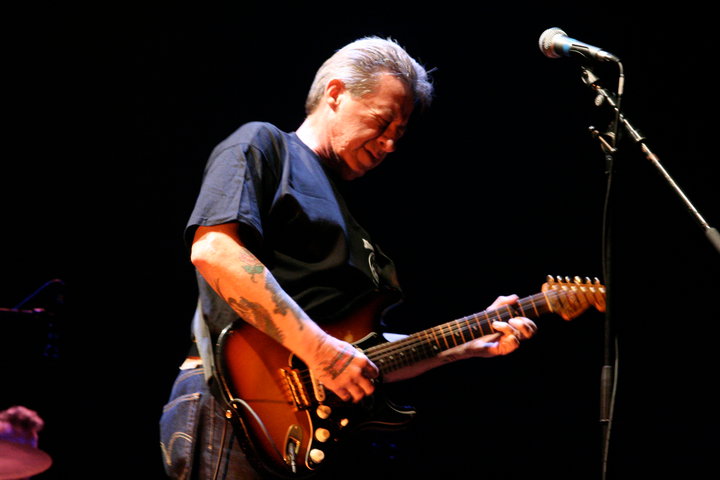 Do you have any amusing tales to tell from your meet with Peter Coyote?
Yank Rachell gave me Peter Coyote’s phone number, who was having an old time Blues jam in a storefront on Cortland Av. in S.F. When I called Peter he invited me to their Sunday get together.
It turned out I was the only one to show up for the jam. We talked for a while, jammed for a while, then went to a cheap diner with maroon plastic booths and had some dinner before his gig at a beer and wine joint out on Potrero Hill, The Garden of Earthly Delights. He was doing a duet with his girlfriend at the time and asked me if I would like to play some slide on a couple numbers with them, which I was glad to do. Peter had done well that night, he had a good crowd, the owner liked his show and liked my contribution; he was happy to give me a gig, my first gig in S.F.

How has the music business changed over the years since you first started in music?
I don't know a thing about the business. I've been doing this on my own from the start. The internet has made it a lot easer for a little guy like me to get heard and sell their music. 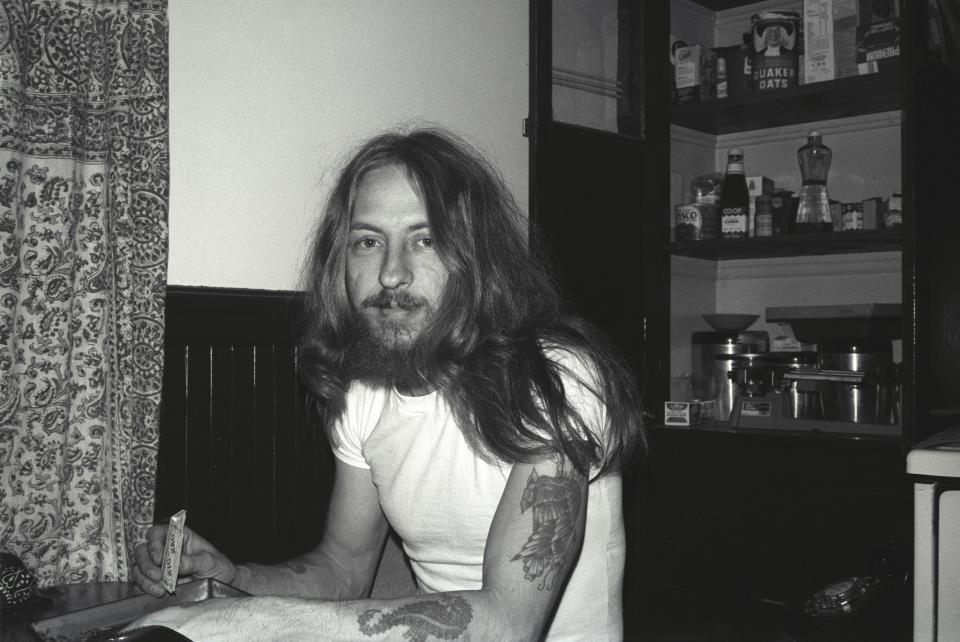 What are some of the most memorable gigs and jams you've had?
Two angles, Albert Collins and Debbie Davies: Debbie and I know each other from her time living in San Francisco in the late seventies, early eighties. Debbie and Albert were going to be playing at a nice club here called Slim’s; Boz Skaggs owns it, Debbie called me and asked if I would like to meet Albert, and jam.

Albert was a total gentleman, and very warm to me back stage. When I got on stage he laid back and encouraged me to give him everything I had, and I did. When he saw that I had given it my all he came back centre stage and went into a lead that went on for fifteen minutes, it ended up with him playing standing on a table at the back of the club. He was unbelievable.

The next time I meet Mr. Collins was the next year when Debbie invited us to be her guest at a very nice club in Oakland. After the show we went back stage to say hello to Albert. My third wife was pregnant at the time. When we walked up to Albert I shook hands and said hello. Albert reached out to shake hands with my wife and instead of shaking hands she stuck out her belly and said, “Albert would you bless my baby?” Albert rubbed her tummy and said, “This is going to be a Blues baby sweetheart”. I named her Rachell. 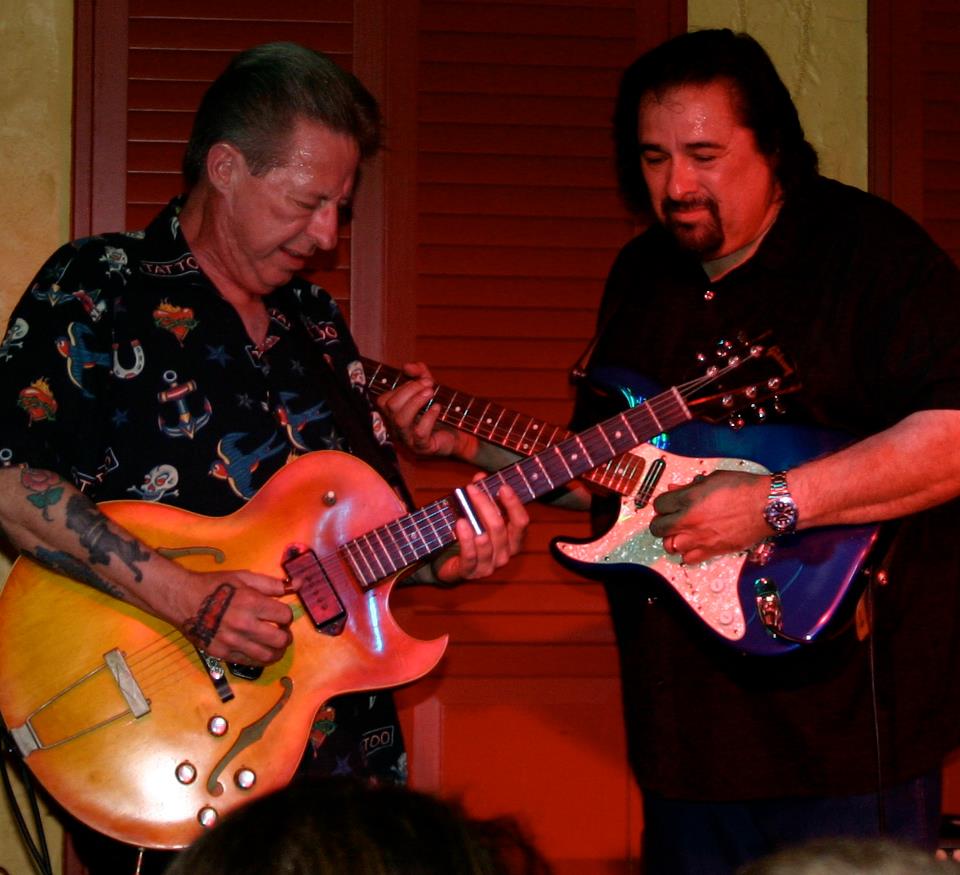