"Blues music is a universal truth, everyone gets the blues.  I would like to see ALL the stereotypes associated with the blues disappear."

A veteran of the D.C. music scene for almost thirty years, J.P. Reali has played in numerous venues throughout the city. From his days as the lead guitar player in the psychedelic blues band The Next Step in the 1980’s, to his days as half of the acoustic blues/roots duo The Reali Brothers in the 1990’s, through his current solo career, J.P.’s playing has electrified listeners. He has performed extensively throughout the East Coast and spent 16 weeks in residence in Japan thrilling listeners with his musical prowess. In April 2007, J.P. released his long-awaited solo acoustic blues debut recording “Cold Steel Blues.” The album, which features nine originals and six cover songs by such blues greats as Robert Johnson and Reverend Gary Davis, showcases J.P.’s proficiency in both the Delta and Piedmont styles. While J.P.’s repertoire is steeped in the traditions of Piedmont and Delta blues and includes such classics songs as Statesboro Blues, and Walkin’ Blues, it also showcases his original blues compositions in a conscious effort to keep these traditional styles alive in the 21st century. In July of 2010 J.P. released his second self-produced album, “Bottle of Blooze.” In 2012 Reali released an album of all original music “The Road To Mississippi.”J.P. won the D.C. Blues Society’s Battle of the Bands in the solo category in 2010 and 2011 and went on to compete in The International Blues Challenge in Memphis Tennessee both years.  He also received Washington Area Music Association nominations for Best Blues Instrumentalist, and Best Traditional Blues Recording for 2010 and 2011. He is a member of The D.C. Blues Society, The Piedmont Blues Preservation Society, The Washington Area Music Association, and The Baltimore Blues Society. J.P. Reali, a veteran of the D.C. music scene for almost thirty years, headed up to New England to meet up with old friend Duke Levine to record a session that became a musical road trip across genres of blues, country and good old rock ‘n’ roll for a five-song EP “A Highway Cruise” (2019). J.P. Reali describes his new album “A Highway Cruise” as the realization of a dream and the fine showcase of his original compositions furthers his amazing musical journey and his mission to keep the traditional styles of blues and roots music alive.

When was your first desire to become involved in and from whom have you have learned the secrets about the blues?

I had the desire to make music from a very young age, 5 or 6 years old. Coming of age before the advent of the Internet, I would go see as many live blues musicians as possible and try to figure out what they were doing.

I have learned that all people are the same and everyone gets the blues.

How do you describe J.P Reali sound and progress, what characterize J.P’s music philosophy?

I have simplified my approach and technique to capture a more authentic feel.

What experiences in life make a GOOD BLUESMAN and STORRYTELLER?

How has the Blues Roots music influenced your views of the world and the journeys you’ve taken?

Blues and roots music connects people and keeps them grounded.

What would you say characterizes your new work 'A Highway Cruise' in comparison to previous albums? 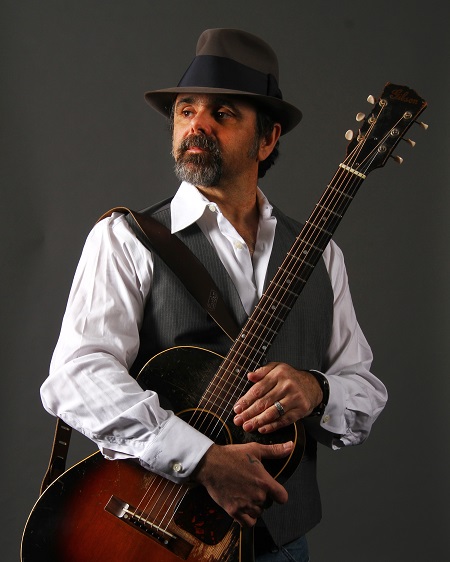 This new album uses full band instead of just me solo.

"I have simplified my approach and technique to capture a more authentic feel."

Are there any memories from 'A Highway Cruise' studio sessions which you’d like to share with us?

There was a whole lot of laughter over the 4 days. The idea from the start was to get the right personalities together and have fun, then have fun with the music. I think it worked.

What touched (emotionally) you from the traditional styles? What are your hopes and fears for the future of music?

Increase the royalties for streaming music services to a more realistic level.

What do you miss most nowadays from "The Next Step era"? What are the lines that connect: Blues & Psychedelic?

The comradery of playing in a group. The original members, including myself, were all Grateful Dead fans, but we loved the blues too.  It was not popular to play the music of The Dead in the early 1980's so we played blues to get gigs in clubs.  Once The Dead became popular a few years later we started adding their music to our live shows, mostly their bluesier songs and not the jam tunes.

What is the impact of Blues & Roots music and culture to the racial, political, and socio-cultural implications?

I think the greatest contribution America has made to humanity is the music of the early 20th century. It was created by black people and out of great oppression.  We must never forget that.

March 12-13, 1971, The Fillmore East.  The two days The Allman Brothers Band recorded their seminol album "At Fillmore East". I hears that album when I was 14 years old and said to myself; "I want to do that!"

Best; Getting nominated for Best Blues Instrumentalist by WAMA. Worst; Playing to an empty club.

Much of modern blues has abandoned the original acoustic format that blues was created with. 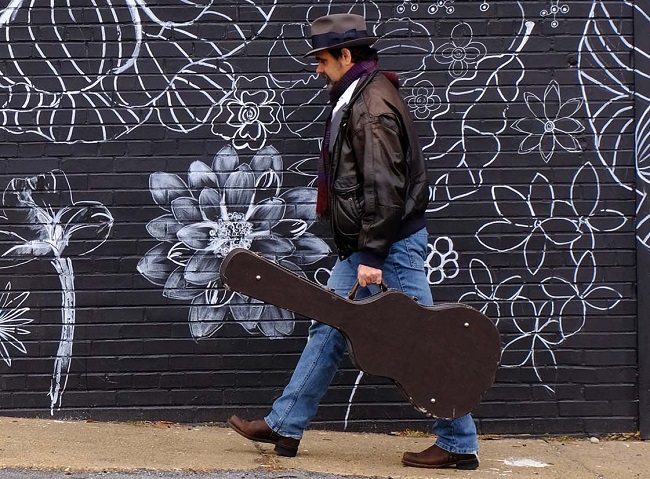 "The emotion and feeling conveyed in traditional styles are unmatched, be it blues, folk, jazz or gospel music.  I hope more people play traditional styles of music, and get away from the reality TV show pop culture type of music."  (Photos by Michael G Stewart)

Playing in The Next Step when I was in my early 20’s was a very interesting time in my life because I was living the dream of playing music in a blues-rock band and we were getting good local attention.

Do you remember anything funny or interesting from your experience in Japan?

On the third day there we survived the biggest typhoon in 50 years.

Why did you think that the Piedmont and Delta blues continues to generate such a devoted following in Europe?

Are there any memories from The Next Step and The Reali Brothers, which you’d like to share with us?

20 years ago when my brother and I both had long hair we would often get asked if we were twins even though we are 5 years apart in age.

The late great Ben Andrews told me to “pick harder”.

Do you know why the sound of acoustic and resophonic guitar and fingerpicking is connected to the pure blue?

Resonator guitars were used to make the instrument louder.  Fingerpicking is a result of guitar players trying to sound like piano players.

What are the secrets of resophonic guitar and fingerpicking? Use a heavy thumb pick and metal finger picks.

From the musical feeling point of view, what are the difference and similarity between the modern blues and old era?

They are similar only in the format of the music, the 1,4,5, chord progression.

I had a great experience around 1990 at the home town of a friend one Thanksgiving holiday in southern Virginia when I sat in at the country general store and played blues and bluegrass with some local musicians all night. Playing in Japan for 4 months with my brother was incredible!!

Blues music is a universal truth, everyone gets the blues. I would like to see ALL the stereotypes associated with the blues disappear.

Which memory from recording time with Mark Wenner, Previtti, and Ragusa makes you smile?

When we recorded “Bloozin’ In NYC”, which we did in 2 takes, I suddenly thought while we were in the middle of a take, “I am playing with the best rhythm section in DC!!”

I love to entertain people, so I like to include the audience as much as possible in the moment of performance.

Make an account for current realities of the case of the blues in D.C. What characterize the local scene and sound?

The local blues scene here in DC is mostly an electric one, despite the fact the people like John Cephas, Archie Edwards and even Mississippi John Hurt all called DC home at some point in their lives and all played acoustic blues.  Acoustic blues in DC is all but ignored by most club owners and fans.

How Washington, D.C. scene - and general the Blues - has changed over the years since you first started in music?

The DC music scene has gotten worse in the nearly 30 I have been a part of it. Clubs pay the same amount, or less than they did in the 1980’s. Reality competition shows like American Idol have increased the number of people who think they are talented enough to go out and perform. Subsequently, club owners have more options when booking bands, and can get cheaper artist much more readily today than in the past. It is really very sad, because Washington D.C., is filled with incredible musicians!!! 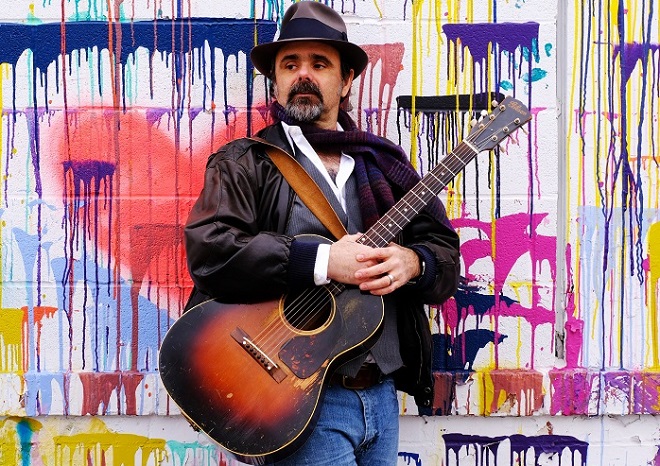