"I hope people never forget about the Blues as the 'root' of it all, and I hope people continue to 'grow' within the Blues, and use it for their own creativity, not just to copy…." 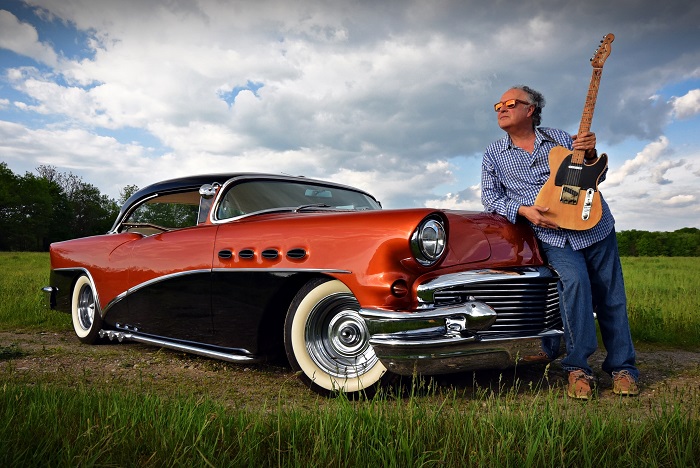 Guitar legend Arlen Roth is considered one of the most influential guitarists of all time, and during the course of his 45+year career has toured the world and recorded with an amazing list of artists, including Simon and Garfunkel, Bob Dylan, John Prine, Phoebe Snow, Levon Helm, Ry Cooder, Eric Andersen, Dusty Springfield, Janis Ian, Don McLean and The Bee Gees, among others. His teaching and creation of Hot Licks Video pioneered music and guitar education all over the world, with his videos having sold in excess of 2.5 million copies. His current online lessons and blogs for Gibson.com have over 1 million followers. Arlen was also the man behind the legendary blues film, Crossroads, creating the guitar parts, directing the guitar scenes and working alongside fellow guitarist Ry Cooder and actor Ralph Macchio during the film’s production. He was voted in the “Top 50 Acoustic Guitarists of All-Time” by Gibson.com and in the “Top 100 Most Influential Guitarists of All-Time” by Vintage Guitar Magazine. He has eight best-selling books to his credit, and his book, Hot Guitar, is a compilation of 10 years of his wildly popular column for Guitar Player Magazine.

I learned to express myself very deeply at a very young age with the Blues, but also with ALL guitar playing! The Blues means the foundation of almost all American music, and the foundation any player should have.

How do you describe Arlen Roth sound and songbook? What characterize your music philosophy?

Arlen Roth sound is totally eclectic, yet rooted in traditional Blues, Country, R&B and everything else I’ve ever heard! My philosophy is simple: no matter what anyone shows you, you are always teaching yourself….in other words, we are all self-taught in the end!

Well, I’ve always played that way, and played by ear, so I certainly can tell when it’s “real” and when it’s not. it has certainly been a great catalyst in bringing me together with other players in other countries, all who appreciate the blues and American music. "I learned to express myself very deeply at a very young age with the Blues, but also with ALL guitar playing! The Blues means the foundation of almost all American music, and the foundation any player should have." (Photo: Arlen Roth and his Tele)

Why did you think that the sound of Tele continues to generate such a devoted following? What are the secrets of?

I think with the Tele, “they got it right the first time!” it’s a true “form as function” work of art, and in hands of the right guitarist, it can say anything!

Yes, very funny when Steve Cropper was interviewed and he said “I guess he was busy while I was busy, because I don’t have any Arlen Roth stories!” but I jumped in and said, “but I have lots of Steve Cropper stories!” (from the year, 1975, when I was touring w/John Prine, and Cropper was producing him).

Loved how Jack Pearson, as always was singing and playing at the same time, and always did everything in one take! It was such an honor to finally record with Jerry Donahue, after years of knowing him, and he was so excited to go to New York to visit his new grand-daughter. I told Vince Gill, I wanted to do something slow and soulful with him, instead of all the other tunes with a million notes, and he said “Arlen, if you’re looking for soulful, I’m your man!”

Collins was his stinging tone, and great attack and phrasing, plus he did two audio tapes for my old company, hot licks. Gatton was my best friend, and we cared much more about family and cars then guitar, but he showed me new ideas when he would “Layer” 2 or 3 chords at once in his improvisation, especially when we recorded “Tequila” on my toolin’ around album! With Bloomfield, I had never heard a guitar player with such “fire” as he played with Butterfield, and then with Dylan, I loved his phrasing and it still influences me to this day! with Buchanan, I loved his 2-dimensional, hard-edged approach, and his bend phrasing, which was already like mine.

Why did you think that the great slide players continues to generate such a devoted following?

Because to many guitarists, slide is a mystery, so therefore they gravitate to the greats! "I miss that “1st Generation” kind of spontaneity and “reality.” But that goes for ALL music for me! I hope people never forget about the Blues as the “root” of it all, and I hope people continue to “grow” within the Blues, and use it for their own creativity, not just to copy…." (Photo: Arlen Roth)

Do you know why the sound of slide guitar is connected to the blues? What are the secrets of slide?

Slide has a distinctly “vocal” sound that really accentuates the “crying” aspect of the blues, and the mournful tones. The secrets lie within the right hand!!! (And much more, too, of course!)

Best advice was when my father said “YOU play the guitar! I can just picture it!” Meeting: When I asked James Taylor backstage at a gig, why he didn’t do a certain song ever, and he then played and sang the entire song just for me! Meeting Pres. Clinton and Hillary when I performed for them…so exciting, and they were so nice to me!

How started the thought of the International Guitar Hall of Fame and Museum and what is the mission?

I always felt the guitar needed a real “home”. It has been my dream for over 20 years, since even having Hot Licks. The mission is true and real education about the guitar. The kind of place we’d never want to leave! I want the kind of Museum where a dad and his child may go in looking for Eric Clapton, but will end up just as excited about players like Blind Willie McTell or Hank Garland!

I miss that “1st Generation” kind of spontaneity and “reality.” But that goes for ALL music for me! I hope people never forget about the Blues as the “root” of it all, and I hope people continue to “grow” within the Blues, and use it for their own creativity, not just to copy…. 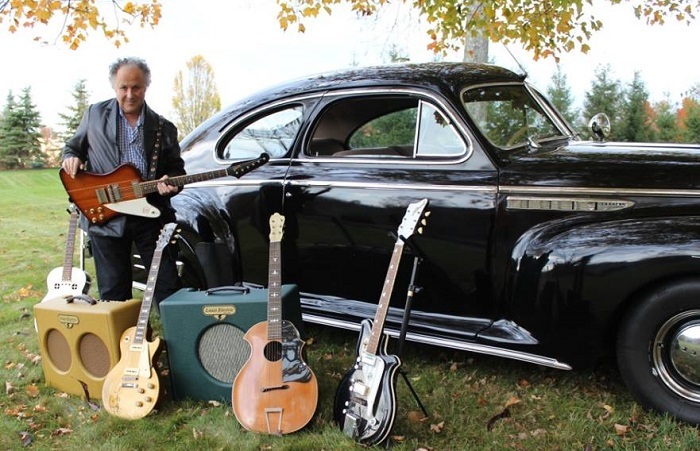 "I think it’s a very specific “Americana” form of music from basically 5 full decades in the 20th century, which turned “into” a kind of movement, thanks to others trying to emulate it. it’s a “foundation” too, of much other music, such as jazz." (Photo: Arlen Roth and his guitars)

Working with the Slide Summit friends I have has made me laugh so much, and the Roy Buchanan tributes I played really touched me emotionally, especially letting myself “go” with Hey Joe! Also recording Vaya Con Dios with my daughter Lexie Roth on the Les Paul Tribute album…that was VERY emotional!

I think it’s a very specific “Americana” form of music from basically 5 full decades in the 20th century, which turned “into” a kind of movement, thanks to others trying to emulate it. it’s a “foundation” too, of much other music, such as jazz.

I certainly hope it brings people together, racially, politically and in other ways. it’s a very powerful force in the world!

That music and guitar are my best communication skills, and that it’s a tough road that never ends. also, if you’re recording me, “never miss my first take!” 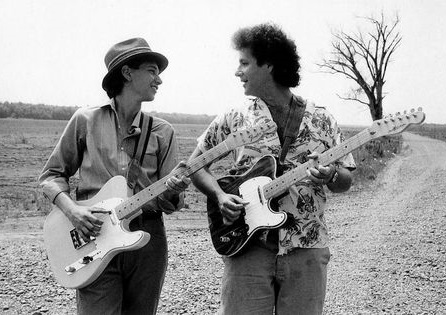 I’d ask the devil, “who stole my credits in the film, Crossroads!!?”

I’d like to thank Leo Fender for doing it so right that it’s hard to imagine the world without a Tele or a Strat! I’d also like to know how long it took him to develop his first final guitar ideas, and what if anything, he took from Paul Bigsby??

I’d like to be in Brooklyn, NY the day in 1955 when The Brooklyn Dodgers beat the NY Yankees in the World Series!