“I’ve learned how to express myself through the blues.  To me the blues means saying as much as you can with few words and letting the images do the work.”

Mike Herman:  Goin’ Back to the Roots

Mike grew up on Long Island, NY. He got his first guitar at age 10 and started taking lessons. As a teenager he heard the fingerpicking guitar of Jorma Kaukonen on Hot Tuna recordings - and knew that was the style he wanted to play. Reading liner notes introduced him to the country bluesmen, and so began his quest to learn and play acoustic fingerstyle blues. 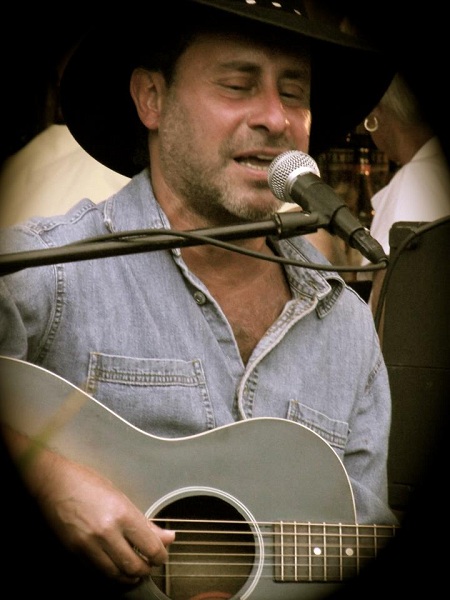 A Bachelors degree in music at SUNY Purchase laid a strong foundation and understanding upon which to grow. A trip through Mississippi, meeting old-timers such as country blues guitarists Jack Owens, Eugene Powell and R.L. Burnside.

Family trips to the Catskill Mountains gave life to the dream of living in the country - and that dream became a reality after college. Mike moved to the Catskills, and spent the next 12 years teaching guitar and playing in the acoustic blues duo - The Hell Hounds. They have performed up and down the East Coast and into the Midwest, and have opened for notables such as Roy Bookbinder, John Hammond and Bob Margolin. Although The Hounds have since parted - the insight into the art and business of music offered by these years was invaluable. A brief and enjoyable stint with the bluegrass band, Aurora North, aided in Mike finding his voice.

Mike currently teaches private lessons in Oneonta, teaches a guitar workshop at SUNY Delhi, tabs songs and offers "BluesNRags Lesson Packages" on his website, and performs solo regularly. He enjoys a peaceful life in the mountains surrounded by the pines with his wife Lorna, a dog, a couple of cats, and of course - his guitar.

When was your first desire to become involved in and from who have you learned the secrets about the blues?

My first desire to become involved with Country Blues started with Hot Tuna and then working my way back to guys like Rev. Gary Davis & Blind Boy Fuller.  I’d say it was Little Toby Walker that I learned the secrets about the blues by having the good fortune to have him as an instructor when I was first starting out.

I’ve learned how to express myself through the blues.  To me the blues means saying as much as you can with few words and letting the images do the work.  Saying something familiar in an interesting way and telling a story. 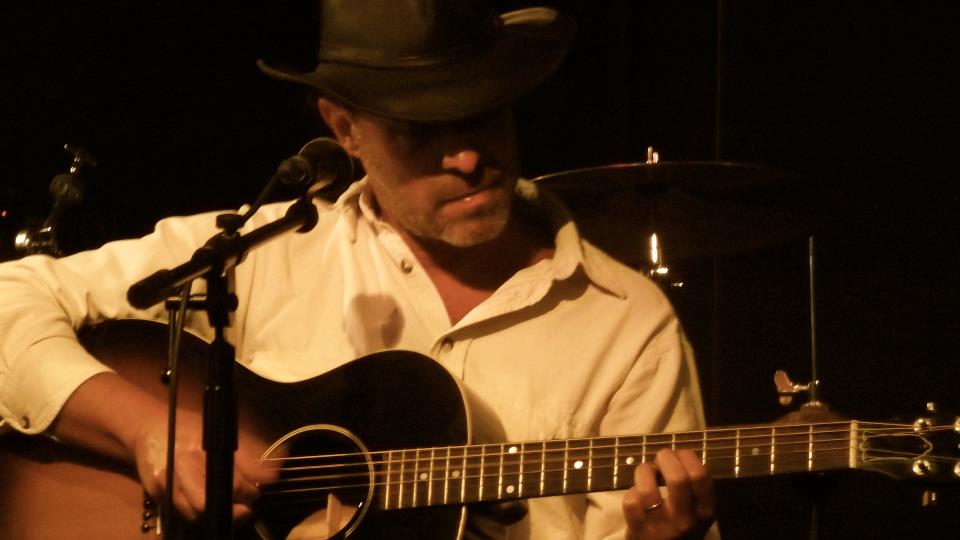 How do you describe Mike Herman sound and progress, what characterizes Mike’s music philosophy?

Many people have described my sound as being similar to that of Jorma Kaukonen. I try to create a very strong guitar part; I feel that the guitar part should be able to stand on its own as well as backing the vocals. My progress has been a steady gradual incline.  My philosophy is stick-with-it-ness, to stick with it no matter what happens, and to continue honing my craft.

The best moment in my career is when I decided to go solo in 2007. For a number of years I was a member of an acoustic blues duo – The Hell Hounds.  The worst is when I think about where I’ve envisioned myself being at this point in my career and realizing I’m not there yet.  But I also feel fortunate to have come this far, there’s no turning back now.

What is the feeling you miss most nowadays from the country bluesmen who recorded in the 20’s & 30’s?

I don’t miss that “feeling” from nowadays performers – I think all musicians, past or present, try to get that “feel” across.

Which is the most interesting period in your life, and why?

Now is the most interesting time in my life because I feel like the music keeps getting better ‘with age’, and having more life experiences to draw and learn from for my song writing.  I feel that the song writing on my most recent CD “Roots Run Deep” 2012 has greatly matured since my first CD, “So-Lo” 2007.

What experiences in life make a good bluesman and storyteller? 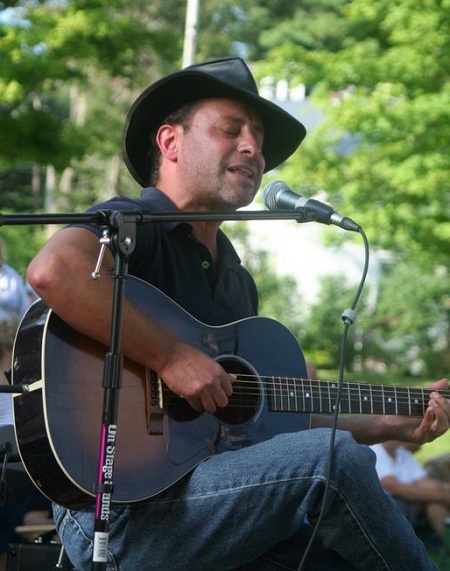 I think it’s the more difficult experiences in life that give good bluesmen & storytellers material to work with because we all have them, it’s comforting to know you’re not the only one.  For instance on my first CD, “So-Lo”, there’s a song about my mom battling cancer, there’s a tune about losing everything to a house fire, - they’re songs about things that happen to people.

Which memory from your trip through Mississippi meeting Jack Owens, Eugene Powell and R.L. Burnside makes you smile?

It was Jack Owens asking us if we had any alcohol – he said it “helped loosen up the fingers – arthritis, ya know”.  So of course – we obliged.  What makes me smile is knowing we really made a difference for those few hours we spent together by lifting the spirits of those Mississippi bluesmen, and that they enjoyed it as much as we did.

I think it was Chris Smither who told me “Nobody said it was supposed to be easy”.

Were there any memories from Rhonda Vincent, Sue Foley, and Duke Robillard which you’d like to share with us?

I wasn’t fortunate enough to actually perform with them, but definitely consider it an honor to have been included on the same CD as them.

Why do you think that the folk acoustic blues continues to generate such a devoted following?

Do you know why the sound of acoustic and finger picking is connected to the pure blues? 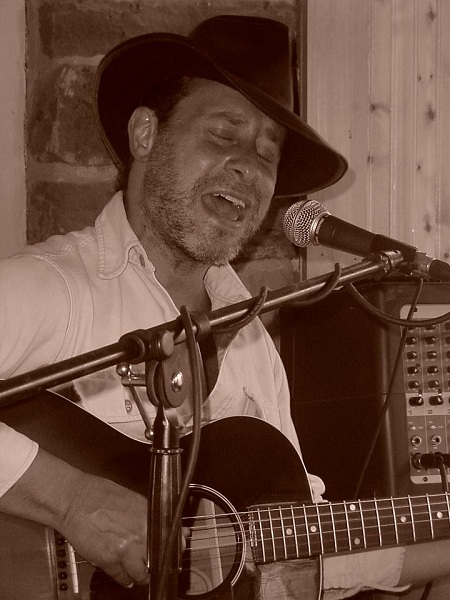 The acoustic – because it was fairly easy to acquire in the rural areas through mail order, and the finger picking may have carried over from the banjo.  That and trying to imitate the sound of a piano, by playing a bass and melody part simultaneously.

To me the secret of playing finger style is to keep the thumb playing a steady alternating bass.  Put that thumb in gear and leave it there – steady like a jackhammer and it don’t stop.  There are many examples on my website –tunes I’ve transcribed and offer as part of my BluesnRags Lesson packages.

From the musical feeling point of view – what are the differences and similarities between the modern blues and old era?

I think musicians from both eras try to play with as much feeling and conviction as they can muster.

What’s the best jam you ever played in, and what are some of the most memorable gigs you’ve had?

The best jam was probably sitting in with Bob Margolin who had Tad Walters and Fingers Taylor playing with him, and playing some of Muddy Waters tunes.  One of the most memorable gigs I’ve had has been recently opening for Chris Smither.

Some music styles can be fads, but the blues is always with us.  Why do you think that is?  Give one wish for the blues.

Because not only is it a style of music , but it’s a feeling we all get from time to time and can relate to.  My one wish would be for the Veteran blues artists to support the up and coming ones.

How do you describe your contact to people when you are onstage?

My contact with the audience when onstage really varies and depends on if I’m playing in a real ‘listening room’ or not.  If it is, then I am more likely to give insight to the songs I’m performing and engage the audience.  If it’s not, then I try to keep the music upbeat and flowing, and not talk too much. 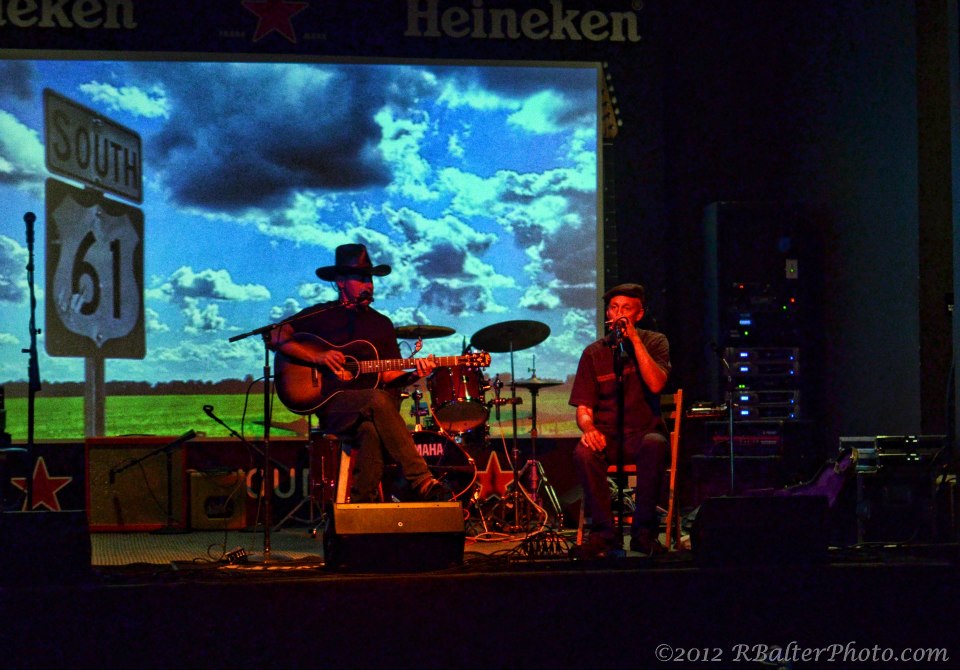 Do you remember anything interesting from your experience with Roy Book Binder, John Hammond, and Bob Margolin?

The interesting thing looking back on these gigs is that each one was so different.  Roy’s gig was at a café in Saratoga, NY, John Hammond’s was at a large club in Connecticut, and the Bob Margolin gig was in a school auditorium in Walton, NY, sponsored by the Boy Scouts. Roy liked to talk, Bob was a joker, and John was a real Gentleman.

Take in account for current realities of the case of the blues in New York, what characterizes the local scene and sound?

From the musical point of view, is there any difference and similarity between acoustic blues, bluegrass, and ragtime? 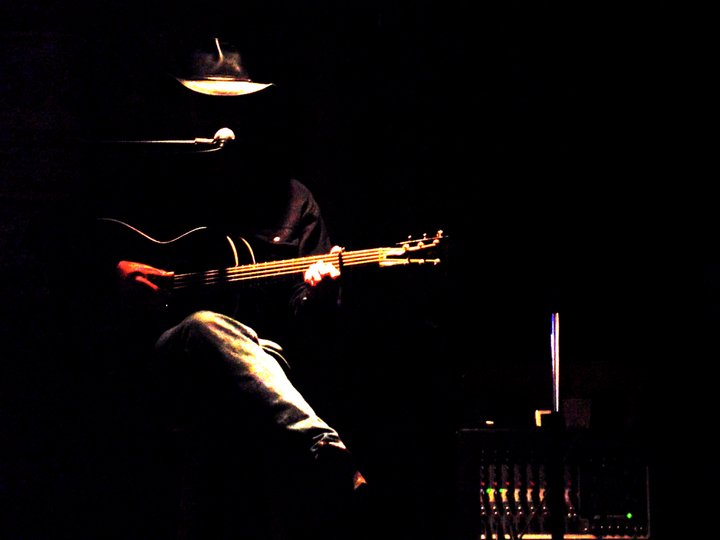