Hilton Valentine of the Animals talks about the skiffle, British blues boom, Animals and his favorite song, album, bluesmen & guitars

"I don’t think anyone in the sixties really sounded like me, and as far as progress goes, I don’t think I progressed all that much."

Hilton Stewart Paterson Valentine was born on May 21, 1943 in North Shields, Northumberland England. He immediately taught himself some chords from a book called Teach Yourself a Thousand Chords and formed his own skiffle band called The Heppers.  They played locally in halls and at outdoor venues, with the newspaper calling them "a young but promising skiffle group." The Heppers eventually evolved into the rock and roll band, The Wildcats which after some personnel changes had Tappy Wright on rhythm guitar.

Tappy was Hilton's best friend and became the road manager for The Animals. The Wildcats were a very popular band in the Tyne & Wear area getting continuous work in Church Halls, Working Men's Clubs and Dance halls. They decided to take it to the next step and recorded a 10" acetate LP at Morton Sound titled Sounds of The Wild Cats. In 1963 The Animals were starting to form.  Chas liked what he heard and asked him to join what was then called The Alan Price Combo. Sadly, the only evidence of this energetic guitar playing is the 1963 live Club - a-go-go recordings. In 1970 he recorded a solo album of what some people categorize as psychedelicized folk music titled "All In Your Head". Hilton has reunited with the original lineup of Animals three times since their split. In 1994, Hilton was inducted into the Rock & Roll Hall of Fame as a member of The Animals. In May 2001, he was inducted into Hollywood's Rock Walk of Fame along with the other Animals and had a two night reunion concert at the El Rey Theatre. Since 2004 Hilton has been concentrating on acoustic material, under the name SKIFFLEDOG titled CD "It's Folk 'n' Skiffle, Mate!". With an acoustic guitar, snare, bass, washboard, spoons and shakers, Hilton Valentine delivers very high energy Skiffle and Rock n' Roll with some mellow solo material sprinkled on top in album "Skiffledog in Coburg St."

At the age of 13.   Listening to my brother Bill’s record player. 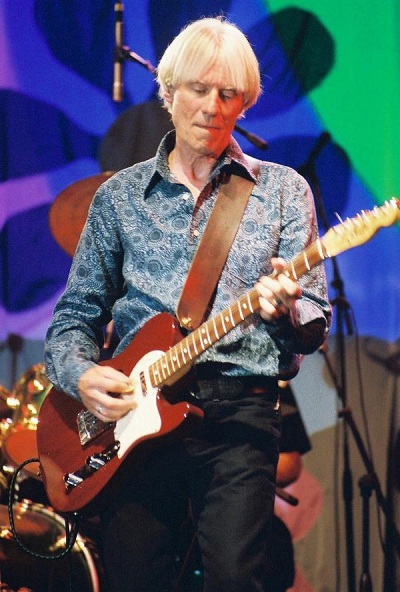 "I hate to say it, but drugs influenced me the most in my song writing.  I guess that is why I am not writing much any more."

Cliff Richard and the Shadows at the Newcastle City Hall.   Worried Man Blues, Singing the Blues and Be Bop a Lula.

What first attracted you to the Blues & what does SKIFFLE mean to you?
Seeing Eric Burdon perform attracted me to the blues.   Lonnie Donegan is synonymous with Skiffle.  I think he is probably the first person that pops into any Englishman’s head when they hear the term Skiffle.

NO, I mean, there are some underground garage bands doing it, but listening to the mainstream radio, I can’t hear it.

Who impressed you musically in the early 60s, both in American blues and UK Skiffle?

Who are your favorite bands from ‘60s & of all the people you’ve meeting with, who do you admire the most?
Fave bands:  The Beatles, The Pretty Things, Spencer Davis Group.   I admired Jimi Hendrix. 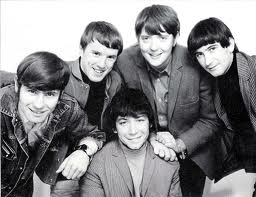 Becoming part of the Animals (Then known as The Alan Price Combo) is the best moment as we became successful.  I really can’t think of a worst moment, because even when the Animals broke up in 1966 I didn’t care because I was on LSD every day.

Been more wise about the business end.

How was your relationship with the other bands and musicians of ‘60s and how is today?

GOOD.  There are a few with whom I keep in touch with on a regular basis.  With others, it is fun to run into them.

I wonder if you could tell me a few things about the story of “The Heppers”, how that came about?
There were a few of us close friends who thought it was an exciting thing to do at the time.  It was fun.  With Skiffle music all the craze in England, it was just a natural step for kids to pick up instruments because it seemed to us like it would be easy enough to learn to play.

I guess that would be back in my early twenties.  I was striving toward being successful. It was my dream.  So really, that was the greatest time. My greatest influence was Chuck Berry.

I don’t think anyone in the sixties really sounded like me, and as far as progress goes, I don’t think I progressed all that much.

Do you think that your music comes from the heart, the brain or the soul?
All three I guess.

What is the “thing” you missed most of the ‘60s
Things seemed more REAL back then.

Which is the most interesting period in blues scene and why?

The most interesting period was back in the late 50s -60s when the white musicians started covering all those great songs by the original blues musicians.  I say this because it opened up everyone’s ears, bringing it to the masses.  If that didn’t happen, how long would it have taken for people to be exposed to that? 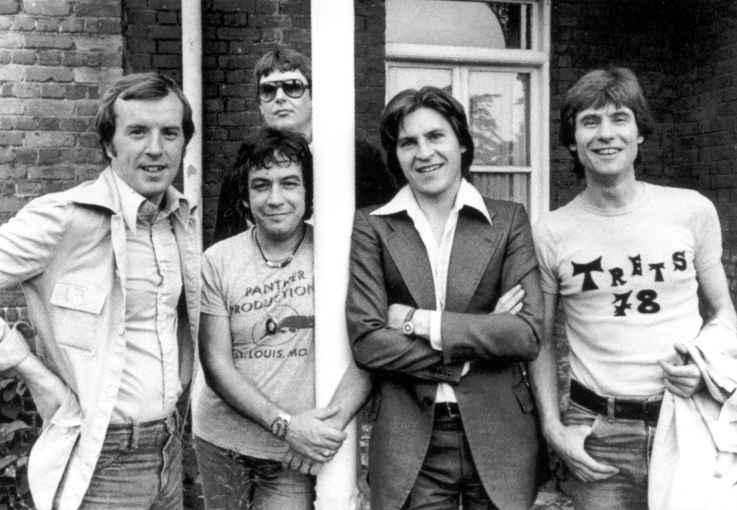 "It is much worse now. It’s nearly impossible for kids to get a break now. There are just too many good musicians out there. A band manager used to be able to walk into a record label and get a deal."

What kind of guy was Chas Chandler?
BIG.  Both in stature and personality.  Of all the guys in the band, it was he that was most focused on the business.

How did you first meet Eric?

Tell me about the beginning of Animals. How did you choose the name and where did it start?

We all came from different bands in the Newcastle England area.  Musicians go from band to band and we just happened to end up together and it was magic.  There are several stories of how the name came about.  And to be honest, I just have no idea how it came about.

Why did he think that the Animals continued to generate such a devoted following?

We were good.  We had a lot of energy on stage and people just fed off of that. 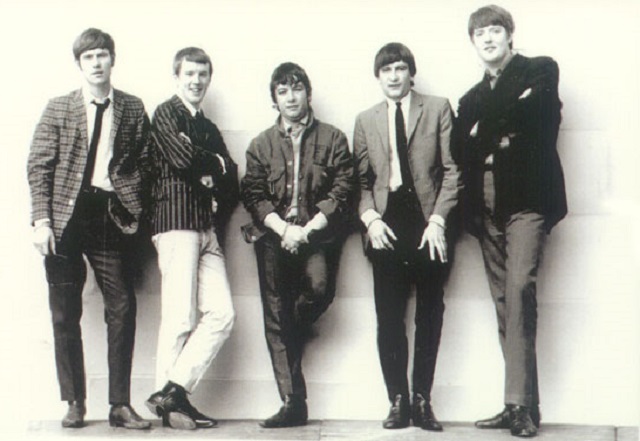 "Seeing Eric Burdon perform attracted me to the blues.   Lonnie Donegan is synonymous with Skiffle.  I think he is probably the first person that pops into any Englishman’s head when they hear the term Skiffle."

Three words to describe the band

Are there any memories of Animals which you’d like to share with us?
Alan Price never wore underpants.  One time he came out of the bathroom and he had a brown stain on his shirt tail so from that day on we teased him by nick-naming him “Staines”.  We were playing a gig in Staines Surrey England at Tappy, the road manager, said “Hey Alan, we’re playing in your town tonight!”

What characterizes the sound of UK in 60s?

Well, I don’t think it was ONE SOUND.  There were so many different sounds – the Beatles sounded completely different from us.

It is expressing real experiences.

What the difference in your personal work than that of animals?
I sing lead vocal and it’s not electric Rock & Roll. 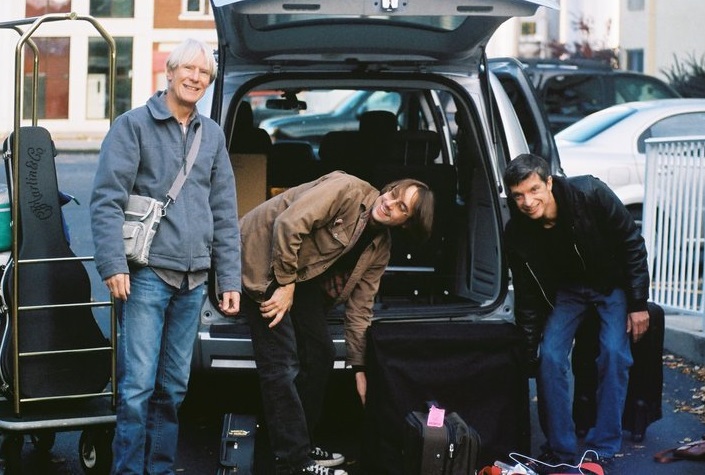 "It’ a small world.  Music transcends any language barrier.  As you say, I’ve travelled all over the world and I can’t speak any other language other than English, yet no matter what country I went to, the fans were singing right along to all the words." (Photo by Germaine Valentine)

What is the “thing” you missed most of SKIFFLE “time”?

It was too short of an era.

Any comments about your experiences in Rock & Roll Hall of Fame?
I really enjoyed it.  It was such an honor. 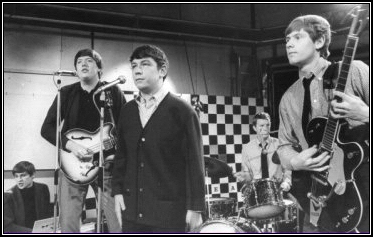 What were your favorite guitars back then? Do you prefer playing acoustic or electric guitar?

Fender telecaster and Rickenbacker. No preference.  I enjoy playing both

How came the idea for the legendary introduction at “House of Rising Sun”?

It just came to me.  How does one explain how ideas come?  They just pop into one’s head.

It’ a small world.  Music transcends any language barrier.  As you say, I’ve travelled all over the world and I can’t speak any other language other than English, yet no matter what country I went to, the fans were singing right along to all the words.

It is much worse now.  It’s nearly impossible for kids to get a break now.  There are just too many good musicians out there.  A band manager used to be able to walk into a record label and get a deal. 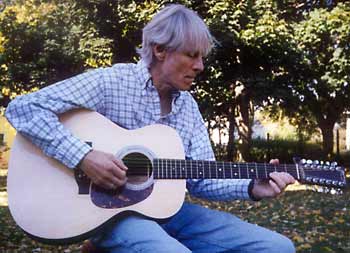 I hate to say it, but drugs influenced me the most in my song writing.  I guess that is why I am not writing much any more.

River Tyne, Looking to the Sun.

What do you think is the characteristic of you personality that made you musician?

I wanted to entertain since I was a kid.

Work Song, I Just Want To Make Love To You, Big Boss Man (the Animals covered those).  Oh, and Meet Me In The Bottom.

What advice would you give to aspiring musicians thinking of pursuing a career in the craft?
Trust no one. 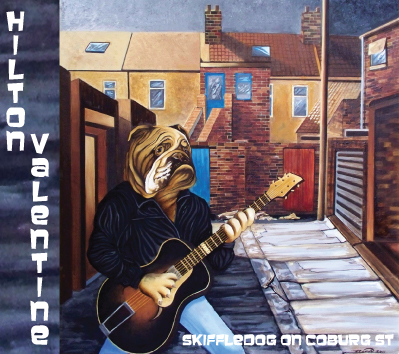 Do you have a message for the Greek fans?
You should buy my latest record!

Of all the many albums the Wildcats, Animals & solo made, what was your favorites?

“It's Folk 'N' Skiffle, Mate!” how did this project come about?

My wife Germaine encouraged me to record it.

I would like to keep working as a musician.

Are your music dreams fullfilled?

Not quite because I am no longer making a living playing music.