"I learned that I knew when the blues music I made was right, or correct, and I could recognize the Truth of the Blues."

Ezra Charles is the stage name of Charles Helpinstill, the American founder of the company of the same name which makes portable amplified pianos for stage performance. Growing up in Beaumont, Texas, Ezra Charles’ first band experience at age 14 was "Johnny and the Jammers." consisting of himself, Johnny Winter, Edgar Winter, and a drummer. Moving to Houston, he organized Thursday's Children, now widely regarded among the most influential Texas garage bands of the Sixties. He spent most of the Seventies preparing for his career as a Blues master, being personally mentored by Leon Russell, playing with Lightnin' Hopkins, and becoming the last protégé of the late Professor Longhair in New Orleans. The band has no bass player because he prefers to play the bass lines himself through his own keyboard style and special equipment. Ezra is also the songwriter and arranger of the band's material.

During his college years at Rice University he invented a special microphone for pianos, the “Helpinstill Piano Pickup,” an amplification system now used worldwide and bearing his surname, and achieved international fame as a technical innovator. Charles is known for his lively stage show, which often features his piano catching fire during particularly "heated" performances.

Playing in Houston at about age 30, I was introduced to records by Professor Longhair and Otis Spann, and I realized that the blues was the part of Rock and Roll music that I liked.

I learned that I knew when the blues music I made was right, or correct, and I could recognize the Truth of the Blues.

How do you describe Ezra Charles sound and progress, what characterize your music philosophy?

I have never claimed to be breaking any new ground stylistically with my music, just preserving and expanding an existing genre. Only the lyrics are unique. 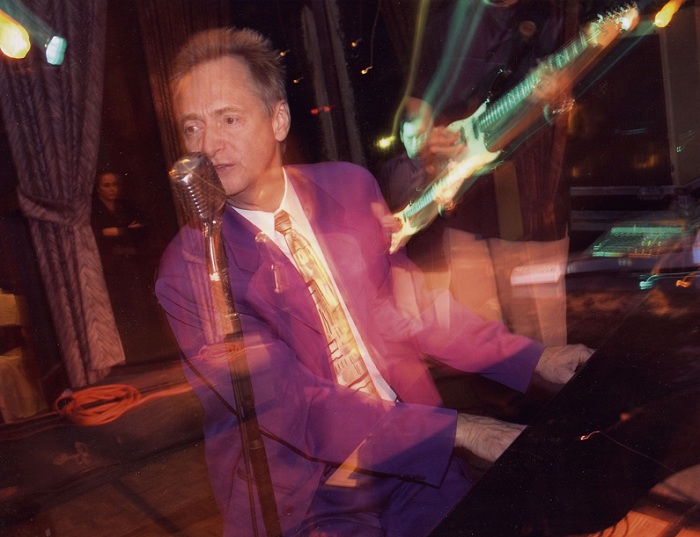 "The feeling you get listening to my music, and the feeling I get playing it."

Leon Russell told me: "Find the spot in your mind where you are halfway between concentrating on the notes you are playing, and not thinking about them at all." Professor Longhair told me: "Save the sweetening (in other words, don’t do the fancy stuff all the time.)"

During the Eighties I had just turned 40 and committed myself fully to music; that’s when I wrote about a song a week. Best: Concert in August 2012 at Galveston’s 1894 Grand Opera House, the Carnegie Hall of Texas, celebrating the 30th Anniversary of my band. Worst: Austin TX 1972 when my grand piano was repossessed at a club gig because I was behind in the payments.

Tel me a few things about your meet with Johnny and the Jammers which memory makes you smile?

We had not met yet, so I auditioned for him and played Puddin’ on a piano at school, an organ instrumental on the flip side of Raunchy. He loved it, and I was in.

What do you miss nowadays from the 60s and 70s? How has the Blues changed over the years? 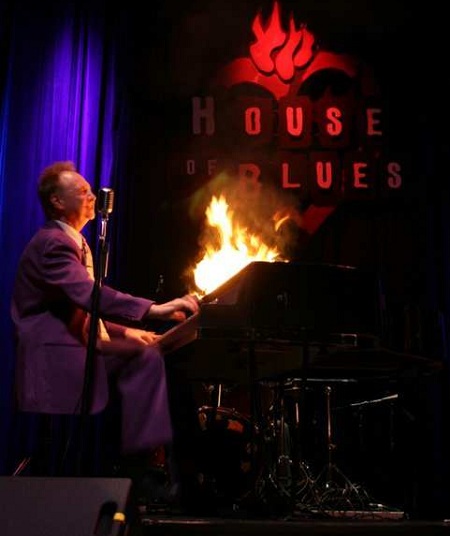 In 1965 I lived in Dal as and the world went crazy for Rock and Roll. I loved it, but I missed all the fun of the 70’s by being married until 1982. The Blues haven’t changed, but the audience that appreciates it has exploded.

"The Blues is deceivingly complex."

Are there any memories from the road with the Blues which you’d like to share with us?

Driving back from California in 1983, our car blew up in Arizona. We played for tips for two weeks in a biker roadhouse saloon in the desert till it was fixed. Greatest experience of my life.

At a deserted club in 1973 I was invited on stage to sit in with Canned Heat for their last set. They might have thought it was a joke, but when Bob Hite told me, Kick off a blues in Bb, he was astounded to discover I actual y knew how to play! During 1993- ‐1996 my band played courtside at Houston Rockets games when they won the NBA championships. To celebrate winning, we played at the Astrodome for 50,000 fans... twice!

What is the usual funny story from private performance for The Rolling Stones?

We played our first set to 100 roadies. Then the Stones arrived. I stood at the buffet table with Mick and Jerry Hall, but they had no idea who I was yet. We were back on stage ending our second set when they all came down front with the usual,

Great show, guys, and they left. I was thinking, Wait! What about my arm- in- arm picture with Mick and Keith for Rolling Stone magazine?

What's been their experience from Leon Russell, Lightnin' Hopkins, and Professor Longhair which you’d like to share with us?

I went to Tulsa to Leon Russell’s house and the front door was open, so I walked in. He invited me to play four- ‐handed piano with him and told me the secret above that he valued at 50 thousand dollars. I gave a demo to Prof. Longhair’s manager Quint Davis in Houston, and he invited me to New Orleans to hang out with Fess. When I walked in the door, he stuck out his hand to shake and said, I LOVE your record! I could have died and gone to heaven. Playing on stage with Lightnin Hopkins one night, we had a heckler in the audience who kept yelling for his song Mr. Charlie. At the end of the show when he introduced the band, he said my name last and then finally launched into the song. 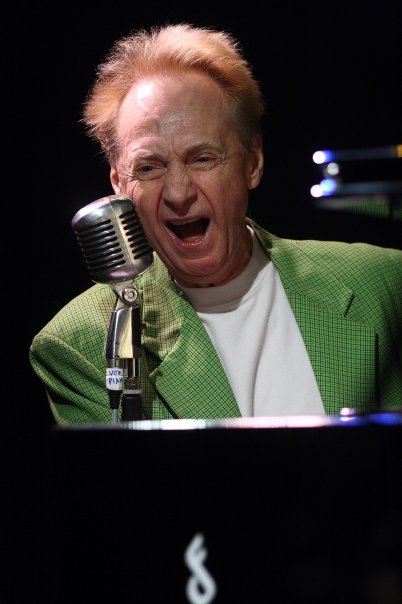 The feeling you get listening to my music, and the feeling I get playing it.

The Blues is deceivingly complex.

From the musical point of view what are the difference between Texas scene and other local scenes?

A wise man said, Texas is a Whole Other Country. Musicians who grow up in Texas are exposed to a deep tradition that can’t be replicated elsewhere.

Make an account for the case of Texas Blues scene. What characterize the sound of local scene?

There are actually about four or five distinctly different sounds within the Texas scene. My area (Beaumont/Houston) is the source of horn bands. Austin is more guitar-oriented because of the country influence. San Antonio is more Mexican influenced. Ft. Worth has Soul, but nearby Dal as has a glossy, commercial side to its music, hence its lack of lasting contributions.

Are there any memories from Thursday's Children? What are the reasons for the 60s boom in Texas (Roxy and more)?

Thursday’s Children is a whole other book of stories, but the British Invasion awakened a Sleeping Giant.

What is the line that connects the legacy of Texas garage of 60s with 70s Lone Star Blues Rock generation and beyond?

When we realized we needed to stop copying the copy (British blues), we got back to our roots.

When we talk about blues usually refer moments of the past. Do you believe in the existence of real blues nowadays?

There are plenty of important Blues musicians being born in Texas every year. They belong to the future.