"I learn humility, deep feeling, sincere friendship and generosity of blues people. Blues means to me music from soul, love explain and sharing instant with other musicians."

Rene Perrier is a harmonica player in Nice, France. In 1974 at Antibes Juan les Pins Festival, Rene met Muddy Waters and his band. A deep friendship was born with Muddy and his musicians especially with Jerry Portnoy. Rene never was eared harmonica player like him, deciding to try to play this music. Years later, Muddy came back in France and Rene had the chance to stay with him during his tour, following each French gig. Jerry gave him his first lessons sharing generously his knowledge. Rene never will forget his chance to have Jerry as teacher and friend. During the next years, Rene practices intensely his harp, listening all the great blues musicians and specially Big Walter Horton. In 1980 Rene went in the States to stay at Jerry’s home, taking the road with the Legendary Blues Band (ex Muddy Waters band). In Chicago, Jerry presented Rene to Big Walter at B.L.U.E.S club. Later, Big Walter played at Jonathan’swift in Cambridge/Boston with Roomful of Blues Band featuring Ronnie Earl on guitar so Jerry and Rene went to meet one more time the Master and spend some times with him. In 1981, Muddy came one more time in France with his new band with Mojo Buford on harmonica, opportunity to Rene to share some notes with him. During the eighties Rene was lucky to be guested on stage with great bluesmen as Junior Wells, Eddie Clearwater, Pinetop Perkins, Melvin Taylor, Willie "Big Eyes" Smith, Calvin "Fuzz" Jones and Mickey Baker.

Since these «golden» years, Rene stayed 2 years in Trenton, Georgia, playing with some local bands and found in 2004 his own band «Purple Cat» with drummer Charles Malnuit. In 2011 Rene stays in Memphis, visiting also Mississippi where he played with the late Big Jack Johnson. Purple Cat band made 3 albums; the last one is a Tribute to Big Walter with the late Calvin Jones, Bob Margolin and Guitar Ray Scona.

I learn humility, deep feeling, sincere friendship and generosity of blues people. Blues means to me music from soul, love explain and sharing instant with other musicians.

How do you describe Rene Perrier sound and what characterize your music philosophy?

Always I placed the sound (tone) in first place, more than technic and tried to have my own sound. Music philosophy: giving the best I can. "Sincerely, I don't know exactly, what are the ties between US and France for the Blues, perhaps the past of the Jazz in France who made interest of Afro American music."

I had the chance and honor to be friend with Muddy Waters, following him on tour during the 70's and became close to his musicians of this time: Jerry Portnoy, Calvin "Fuzz" Jones, Pinetop Perkins, Willie "Big Eyes" Smith, Bob Margolin, Luther Johnson. My best moment was to share the stage with Muddy band "The Legendary Blues Band" and my worsts the death of Muddy and Big Walter Horton.

For me it means that many people needs a living and evaluative music played by real musicians.

Invited by Junior Wells and Buddy Guy to share the stage in their concert in Nice on 1981. The most memorable gig for me was in Amsterdam playing with Eddie Clearwater and the Legendary Blues Band.

To meet Big Walter Horton in Chicago at B.L.U.E.S. with my friend Jerry (Portnoy). The advice: learning slow and have your own tone. 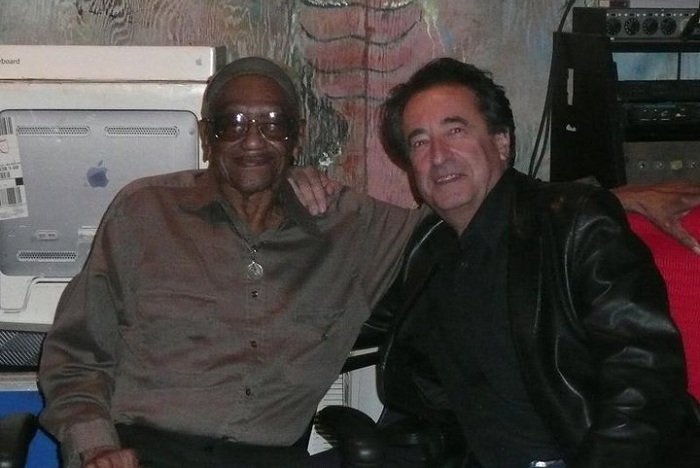 "Always I placed the sound (tone) in first place, more than technic and tried to have my own sound. Music philosophy: giving the best I can." (Photo: Rene & Calvin "Fuzz" Jones)

Are there any memories from Muddy Waters, Jerry Portnoy and Calvin Jones which you’d like to share with us?

So many memories: Muddy was a sweet, humble man, sharing many champagne bottles after the shows!

Jerry is my very close friend since 40 years and he gave me all he knew about harmonica technic but in first he is my brother.

In my all life I never met sweetest guy than Calvin, I loved him and he gave me the great honor to make the effort to play on my last album "Tribute to Big Walter" sadly 3 months before he dies. He will always in my heart.

I am sorry to say that I miss these people who made this music. I hope to see young blues musicians becoming as great as the last we knew. I have no fears I am confident in the future.

Which memory from Junior Wells, Mojo Buford, and Pinetop Perkin makes you smile?

Junior Wells: the day we played together was Election Day in France, Junior asked me what it append, I answer him I don't vote so he tall me "I don't vote too!"

Mojo Buford: After playing some notes with him in his hotel room in Nice, he tall me: "tonight you'll play with us! (with Muddy and his band)...it never happen !

Pinetop: last time I met him was in Memphis for the Blues Awards:  at 95 or 97 years old he always had a Kool cigarette in his left hand and a glass of Cognac in the right!

Make an account of the case of the blues in France. What are the ties that connect the Blues from US to France? 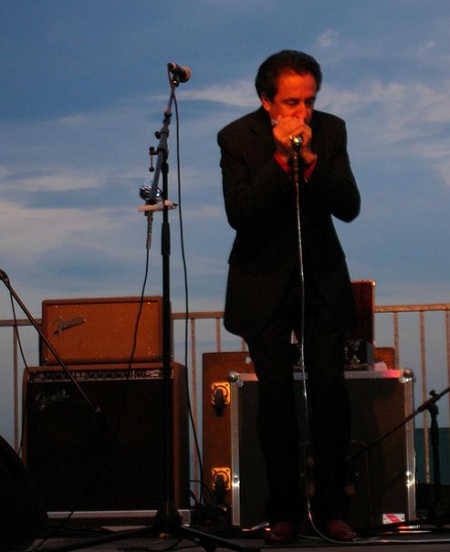 Except a few musicians, for me blues style in France is too much mixed with rock, but I love rock. Sincerely, I don't know exactly, what are the ties between US and France for the Blues, perhaps the past of the Jazz in France who made interest of Afro American music.

"For me the Blues means that many people needs a living and evaluative music played by real musicians."

Many Jazz festivals in the past include great blues musicians as B.B., Muddy, etc... now they program "chanson française"!

In Chicago at "Purple Cat Lounge" in 1946, when great musicians as Muddy came from Mississippi to play.