"I'm afraid people call the blues only the musical aspect, forgetting all the other aspects of the culture of blues, bringing an increase in a the spectacularization or even a folklorization (in a pejorative sense) of the blues."

Filipe Gaeta: The Blues Goes Beyond

Filipe Gaeta was born in Belo Horizonte, Minas Gerais, Brazil. He graduated in Law and received master degree in Music from the Federal University of Minas Gerais. He began his studies on harmonica in 2013. He taught harmonica classes at Cavallieri Music School from 2006 to 2011 and at Pro Music School in 2011 and 2012. He is currently developing an authorial work at the Brazilian band Chuva a Granel (Rain In Bulk), which through an experimental sound with influences of blues and Brazilian music, created a language of its own. 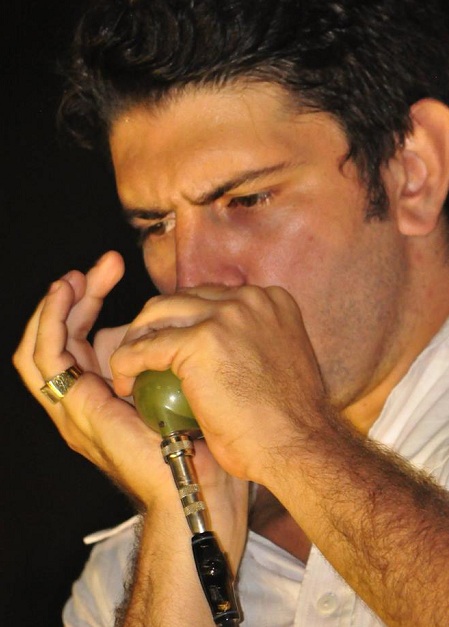 Chuva a Granel is a local band that through the influence of Blues, Jazz and Brazilian music has created a unique sound. Band’s compositions have been recognized and awarded in various music festivals. The group has received invitations to participate in different radio and TV, and appears regularly in print media because of their constant participation in such events.                                                Photo by Edson Luiz Pereira Pereira

I have learned that the blues goes beyond music; it is part of a cultural process. Thus, culture must be understood. Culture is not a property but rather a process. I do not think it is correct, for example, when someone says that became more cultured. The idea of acquiring culture emerges as a way to assume that there is a hierarchy among cultures; in other words, that a culture is better than another, which is not true. This way, I believe that we are part of a particular culture, and it is not possible to acquire another culture without experiencing it. With this thought, I do not consider myself a bluesman, as the blues culture is linked to a time, a place and a people and, unfortunately, I am not involved in this process. The meaning of the blues for me is reflected through a appreciation with their sonority, and I seek to mix it with elements of Brazilian music.

How do you describe the Luke de Held sound and what characterizes your music philosophy?

Unfortunately, I don't know, I just saw some videos on YouTube, which doesn't allow me to do further analysis. But by the videos, he seems to be an excellent musician. 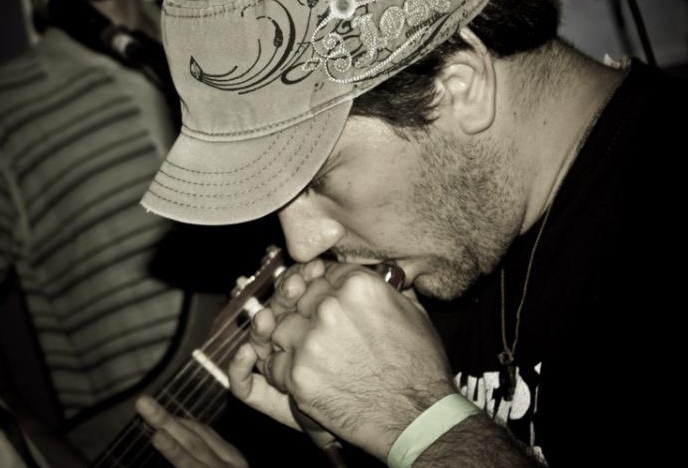 "I think Brazilian people greatly identify with improvisation and the feeling of the blues. Brazilian music has many of these features."

Blues influenced various musical styles and various musicians around the world, and that breaks down the barriers of time. In addition, blues, despite being simple in its harmonic structure (we judge the simple prejudicially, for this simplicity is derived from a concept of European musical analysis, which may not be so relevant within the senses and meanings of blues, which comes from African descents), he greatly appreciates the sentiment. The blues played without feeling isn’t the blues. And that feeling is what touches people.

Are there any memories from workshops, festivals, gigs and jams which you’d like to share with us?

One thing I have always found funny is the revolt of my harmonica-playing friends when compared to Bob Dylan. I particularly love Bob Dylan. However, many harmonica players criticize his way of playing; they think it is technically bad. The funny thing is that Bob Dylan is a reference as a harmonica player when you talk with a general audience. This way, several people compare harmonica players with Bob Dylan, thinking to be giving a compliment. I have several colleagues who get upset with this comparison. Another thing that happens is when people confuse harmonica with flute here in Brazil. Most harmonica players feel offended. A funny fact that happened to me a couple of times is when I started a show without noticing that the harmonica is inverted (upside down). There you are trying a bass note and comes a treble one, and you get surprised. People have already laughed a lot at me because of it. 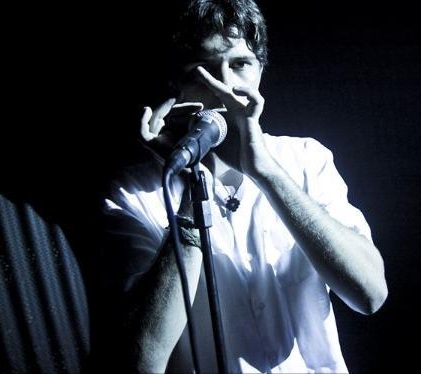 What I miss is the genuine blues of the past, because we could formerly realize the blues within the cultural process to which it is part. I can't believe the blues as a sonority exists alone. It is linked to a historical process, with senses and meanings. I believe that the blues feeling has to do with the plight of black Americans of that era, of slave labor in the cotton fields, which resulted in the start of the work songs. I'm afraid people call the blues only the musical aspect, forgetting all the other aspects of the culture of blues, bringing an increase in a the spectacularization or even a folklorization (in a pejorative sense) of the blues.

Well, I wish that musicians - specially the authorial music scene - were more appreciated, especially in Brazil.

I can't say which Brazilian blues scene is the most interesting. For my musical education, the production of the 1970s, in which big names in the national music with different styles, produced songs with great Brazilian influence of sonority of the blues, which formed a quite interesting mixture. I can cite some examples such as: Gilberto Gil ("Back in Bahia," 1972), Belchior ("Velha Roupa Colorida," 1976 with Elis Regina interpreting), Tim Maia ("Sofre,” 1972), Roberto Carlos ("Ilegal, Imoral ou Engorda," 1976). These are examples of songs that, when I listen to them, I have the impression that their authors were listening to blues back then.

What are the lines that connect the legacy of Blues from the United States to Brazil?

I think Brazilian people greatly identify with improvisation and the feeling of the blues. Brazilian music has many of these features. "I have learned that the blues goes beyond music; it is part of a cultural process. Thus, culture must be understood. Culture is not a property but rather a process."

What has made you laugh lately and, what has touched (emotionally) you from the local music circuits?

In Brazil, music takes on various aspects. We listen to music for dancing, reflecting, playing, dating, protesting, amongst other things. When the idea is to have fun, the lyrics and choreography of some Brazilian musical styles tend to be pretty light-hearted (Brazilian people are quite spirited).

Do you know why the sound of harmonica is connected to the blues? What are its secrets?

As for the secrets of the harmonica, I would say they exist for several reasons. In Brazil the harmonica is an expensive instrument, and hard to find in music stores, especially when looking for varying tones. Moreover, the harmonica is not widely used in Brazilian music. The lack of information on the instrument also makes its secrets increasingly valuable. A correct mouthpiece, blowing techniques, bends and vibratos well performed ​​are secrets that are not taught in little musical magazines. "In addition, blues, despite being simple in its harmonic structure (we judge the simple prejudicially, for this simplicity is derived from a concept of European musical analysis, which may not be so relevant within the senses and meanings of blues, which comes from African descents), he greatly appreciates the sentiment. The blues played without feeling isn’t the blues."

If I'm not mistaken, the date would be August 13, 1938. I would not let Robert Johnson drink that poisoned whisky! Laughter!

Yes, experience always helps. My blues dream would be that the harmonica be taught in universities.

What is your BLUES DREAM? Happiness is...

I would love to play with my band, “Chuva a Granel in other countries and show a bit of Brazilian music from Minas Gerais influenced by the harmonica and the sound of the blues. Happiness is moving people through music. 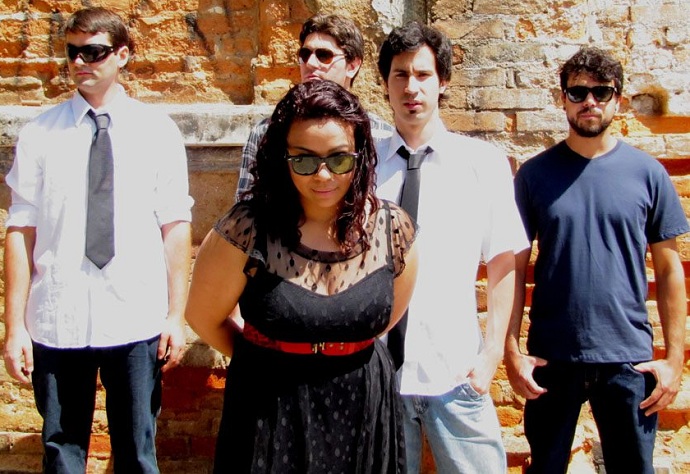