Have A Nice Trip Nick Curran

Nick was an American blues/rock & roll singer and guitarist. He has been likened to T-Bone Walker, Little Richard, The Sonics, Doug Sahm, Misfits, The Dinks and The Ramones.

Nick Curran born 1978 in Biddeford, Maine, and grew up in nearby Sanford. Curran began his professional career at age nineteen, leaving Maine to tour with Ronnie Dawson, “The Blonde Bomber.” Although Dawson was primarily a rockabilly musician, many blues and punk fans appreciated his performances. He taught Curran not to get pigeonholed. Curran toured next with Texas rockabilly doyenne Kim Lenz, moving to Dallas to join her backup band the Jaguars for two years, and performing on Lenz’s recording, The One And Only. Nick would stay with the Jaguars for two years. He is also featured on Lenz’s latest CD, It’s All True, and recently toured with her in the summer of 2009. 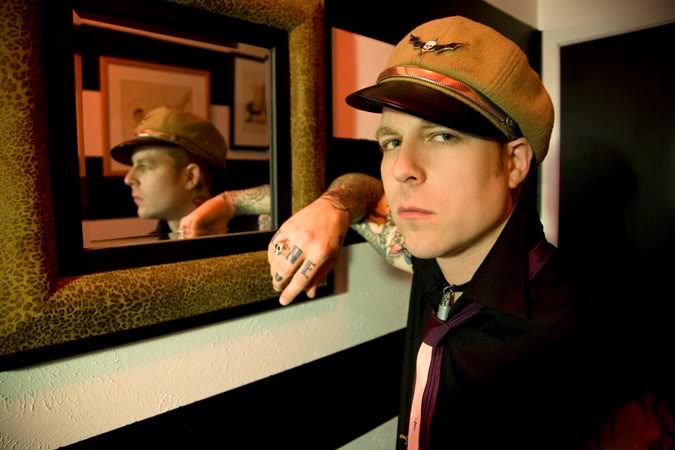 In 1999 the Texas Jamboree label issued Curran’s debut solo recording, Fixin' Your Head. As he would do on all future CDs, Curran used vintage recording equipment to achieve the feel and sound of old 45s and 78s, and the LPs of the 1950s. To support the recording he formed the band, Nick Curran & the Nitelifes.

From 2004 to 2007 Curran played with The Fabulous Thunderbirds appearing on their 2005 recording, Painted On. Also during that time, Curran and bassist Ronnie James started the punk band Deguello, saying that it “sounded as if Little Richard sang with The Ramones.”

Curran performed four songs in a scene in the 2008 HBO Series, True Blood, based on The Southern Vampire Mysteries by Charlaine Harris, which explores the co-existence of humans and vampires.

After performing a solo show in November, 2008, Nick formed the rock ‘n’ roll roots band, The Lowlifes. Curran is also in the Austin-based punk/rock ‘n’ roll band The Flash Boys.

In April 2011 it was announced that his cancer was back and that he was undergoing treatment.