Mac Gayden is an American rock and country singer, hit songwriter, legendary innovative musician, producer and president of Wild Child Records. Gayden was born in Nashville, Tennessee. In the early 1970s, he helped establish two critically acclaimed bands, Area Code 615 and Barefoot Jerry. Gayden left Barefoot Jerry in 1972 to form his own band Skyboat. In between those albums Mac produced an album on Dianne Davidson "Baby", Steve Young "To Satisfy You". 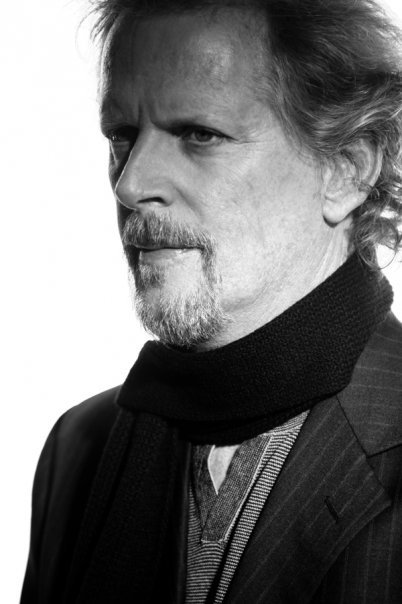 Gayden is also a session guitarist and is renowned for his innovative wah-wah slide guitar technique, as showcased on the early 1970s J.J. Cale hit "Crazy Mama". When Gayden played on Blonde on Blonde, Dylan's producer Bob Johnston asked to produce a cd on Mac- it is the "McGavock Gayden" album.

Gayden is currently producing groups; one is his daughter Oceana. He has also been deeply involved in spiritual practices and pursuits mostly within the Transcendental Meditation movement. Mac and his family have performed numerous times at Maharishi University of Management in Iowa and also in support of the David Lynch Foundation which is dedicated to bringing the practice of meditation to under-performing public schools. As a life-long practitioner of yoga and meditation Mac's music has often reflected this mystical personal dimension. He is being inducted into the Country Music Hall of Fame Nashville on November 16, 2013.

How do you describe "Mac" Gayden sound and progress, what characterize your music philosophy?

My music has always been eclectic. I’ve experienced all the genres as a player except for maybe rap which is a possibility if under the right circumstances. My next album will be in more of an R&B direction. I’m producing an album on an R&B group right now called the Nashville Valentines showing the Nashville R&B roots. It’s also a documentary called “Song Of the Sparrow.”

I’m very seldom if ever depressed or sad, so I write from my own internal impulses. Though it may apply to someone else’s experience or situation it usually has a positive or uplifting outcome. But also the impulses of society, I feed off of that. 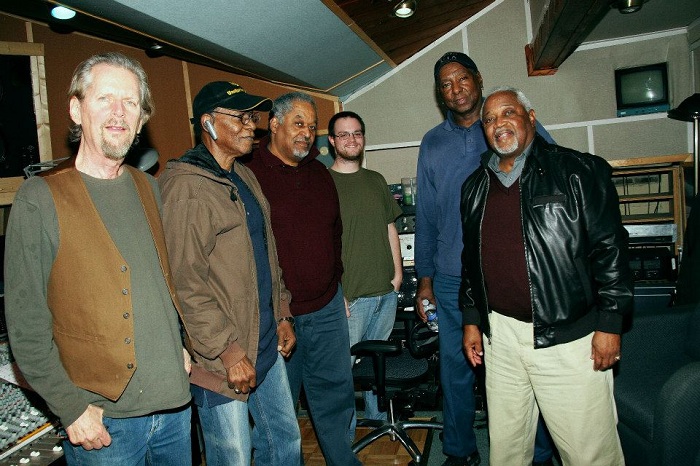 "To know without a doubt that every soul is divine and everyone owns the franchise to Heaven. All is good, All is Bliss." Photo from The New Valentines Project: Mac Gayden, Paul Easley, James Moon, Kyle, Charles Myers, and Frank Howard, 2012

What’s going on with me right now is pretty high on the list. I think it would be my book coming out, and the Nashville Cats induction into the Hall of Fame. The documentary about an R&B group called The  Nashville Valentines doing old songs that I’d written back in the ‘70’s that were never completely finished. Even though I produced a single on them called “Got to Get Yourself Together” that charted, their career was cut short when Monument Records folded.

Actually the most interesting is now. Because I’m involved in projects and songwriting that really inspire me. As I’ve said I have a book coming out Nov. 16th called “Missing String Theory.” This is very fulfilling time for me right now. The best moment is the first time I played in the Zenphonic Band with my daughter Oceana and Mac Jr. my son for the David Lynch Foundation with Donavan and Moby. Worst moment was when ABC/Dunhill Records sent my highly touted single “Morning Glory” (picked by Billboard) to the country stations, which was a major mistake. That song and record deserved better.

Are there any memories from JJ Cale, Area Code 615 and Barefoot Jerry which you’d like to share with us?

My greatest memory with JJ was opening for Quick Silver’s last performance at Mardi Gras. It was a magical performance in quadraphonic sound. For Area Code 615: The Fillmore West gig was awesome. Linda Ronstadt sang several songs and introduced us to the most bohemian crowd on the planet at the time, San Francisco with Jerry Garcia in the front row. The sound was great and the headliner was Country Joe and the Fish. As far as my greatest memory with Barefoot it was the 46 minute non-stop jam we did before the group was officially formed. I think it will be released sometime soon. We’re working out the details now. 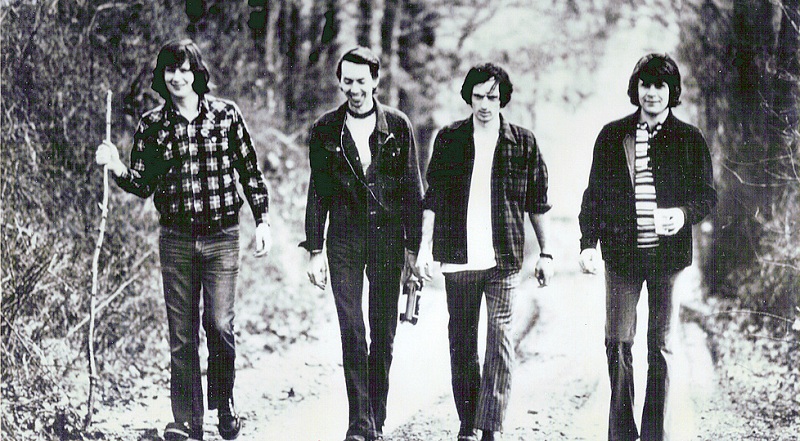 "I knew from an early age that music comes from another dimension, because it grounded me. In other words it relaxed my physiology and allowed me to feel Bliss, something as child that comes naturally." Photo: The Original Barefoot Jerry Band - Mac Gayden, Wayne Moss, John Harris, and Kenny Buttrey, 1971

Music obviously had more respectability in the past; something got lost when illegal digital downloads became widespread. Most young artist have to pay to play. Also there weren’t as many artists and musicians back then, competition was less, which made it easier to get into the system. Also, it’s become a situation almost intolerable for the most gifted musicians; those are the ones I think about. In America we tend to disregard the sensitive musicians whereas in Europe and other countries it is nurtured.

Spending time with my grandchildren and feeling hope for the coming generations. Just looking in their eyes says it all.

What have you learned about yourself from the spiritual practices and pursuits? How does affect your inspiration?

To know without a doubt that every soul is divine and everyone owns the franchise to Heaven. All is good, All is Bliss.

What has been the relationship between music and meditation in your life?

I knew from an early age that music comes from another dimension, because it grounded me. In other words it relaxed my physiology and allowed me to feel Bliss, something as child that comes naturally. On days when I didn’t have some music or art, I felt something was missing. So as an adult, meditation takes me every day to that subtle place of experiencing the world, and thus feeling that inspiration and bliss once again. "My music has always been eclectic. I’ve experienced all the genres as a player except for maybe rap which is a possibility if under the right circumstances." Photo: Zenphonic Band - Mac with his daughter Oceana and son Mac Jr.

I already mentioned the Barefoot Jerry 46 minute jam; it is ‘beyond.’ And one night with my band Skyboat, when we all meditated together for the first time and played for 3 hours in front of many musicians from Nashville. It actually felt like we played for only 10 minutes. We were transported and so was the crowd. It was a beautiful thing.

Meeting Cat Stevens who came to hear me play one night. Also, spending 30 minutes alone with Ray Charles on the set of Hee Haw when everyone else had gone out for dinner.  It was like meeting the Chief of our Music Tribe. 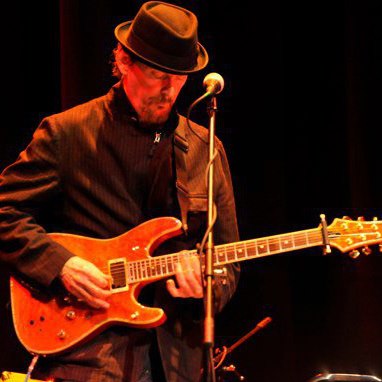 When I first met Dylan he was sitting in Columbia Studio B behind a music stand with a Big White Bible opened on it and sunburst Strat. He was finishing some lyrics on a song. First impression, cutting edge of what was happening at the time. Ivory Joe Hunter: sweet man, a real original Louisiana Soul man. His blues/jazz piano playing was lilting and as sweet as his personality. He talked a lot about fishing for cat fish. His speaking voice was as mellow as his singing voice and was the thing took you way down south to New Orleans. I first met Gregg and Duane when they first came to Nashville and played the Briarpatch for a while. Jamed a little with Greg one night and did a session with Duane at RCA studio B one night. We were both beginning to play slide guitar at the time. So we would swap licks with each other in between songs. Every one thought that it sounded cool but it didn’t go down on record. Leonard Cohen came to one of my sessions once when Bob Johnson (Dylan, Cohen, Simon & Garfunkle fame) was producing an album on me for EMI called McGavock Gayden. I was in the middle of cutting one night and looked in the control room and saw Leonard through the glass, it was a major zap.

What are the lines that connect the legacy of Blues with Soul and continue to Country, Folk and beyond?

How started the thought of Wild Child Records? Do you believe in the existence of real music nowadays?

My wife Diane has what is called a continuous line drawing of a dancer, which is our logo for the label. I think I came up with the idea for that symbolizing Diane’s whirling dervish sense of freedom. It’s really hard to pin that 2nd part down, simply because the digital capability in todays recording is so far reaching. Hearing an act live is the only way to know. But even then how far can you trust what you’re hearing with the tuner thing going on.

I’m completely happy being where I am. 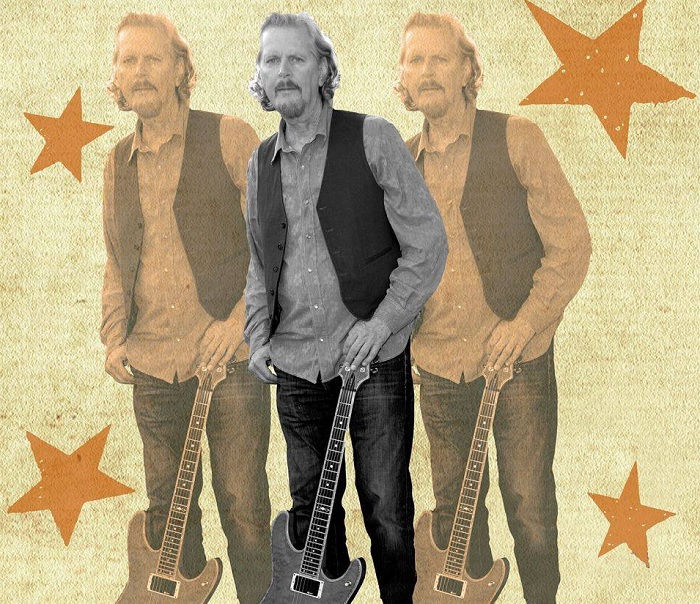