Interview with Michalis Matthaiou of G.O.D Records - a vinyl label that specializes in psychedelic gems

"The psychedelic culture comes from the beginnings of mankind's history. In every culture since the ancient times, there are references to psych-o-drastic plants and their affect in mythology. " 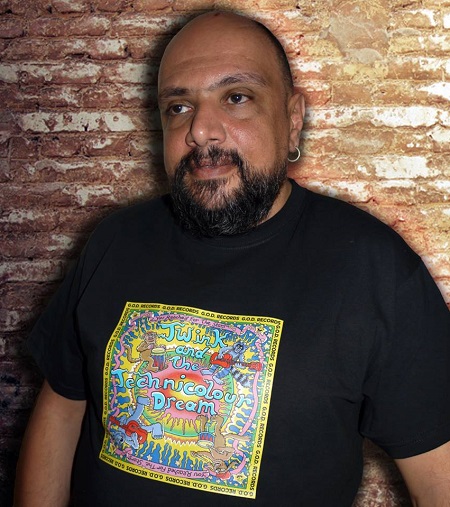 For every record, a special edition of 50 numbered copies is also issued, including posters, handmade art and special boxes decorated with metallic color (silver) prints. Label’s team believe that the art of music should be highlighted and completed by the cover art and the great sound, that our precision mastering and the virgin vinyl used for our records gives. G.O.D issue 7" inch records on 45 rpms, 10" ep's and 12" lp's in 33 rpms. Vinyls are coming in a variety of colors (not the common black) in single transparent, with splatter effect, or picture disc, using all the new vinyl color techniques, since our philosophy about music to be complete art is to have everything at its best, cover art, vinyl color art and the most important of all, high quality sound. As Mike Bloomfield said: "Τhe music you listen too,becomes the soundtrack of your life. It's the background track of your existence."

What has been the relationship between music and vinyl albums in your life? How important was music in your life?

Ι loved music since I was a newborn child, and coming from a musical family (my father was a singer) I had music all around me. My relationship with vinyl comes from the tender age of 4 or so when I discovered a 45rpm collection my father had in a DUAL furniture which was a bar with a turntable powered by a tube old radio my grandfather brought from his trips, he worked as a sea captain. Also an old gramophone with 78rpm records his father bought in 1910 or so. I loved these records their labels their smell, and also the fantastic journey that I had with the music, travels with my mind. As I became about 6,and went to school I heard on the radio the American base radio station, and asked my grandpa to bring me some rock 'n' roll 45's, so my first 7" record was The Monkees-I'm not your steppin' stone/I'm a believer. I was mesmerized and astonished and since then my journey in music is still going on always amazing.

How started the thought of G.O.D. RECORDS? What does Garden Of Dreams mean to you?

After many years collecting records and working on the radio (since 1987) and having my own record store in the '90s also djing in many Athens clubs, I thought that the next logical step is to produce and issue the music I like to hear. So with the help from my wife Maria Sofia Andrikou who is also my partner, not only in life but on the record label too we started G.O.D. RECORDS literally from scratch.

Garden of Dreams is the one music takes you to, the place you travel with your mind when the music you listen translates into pictures and colors in your head. 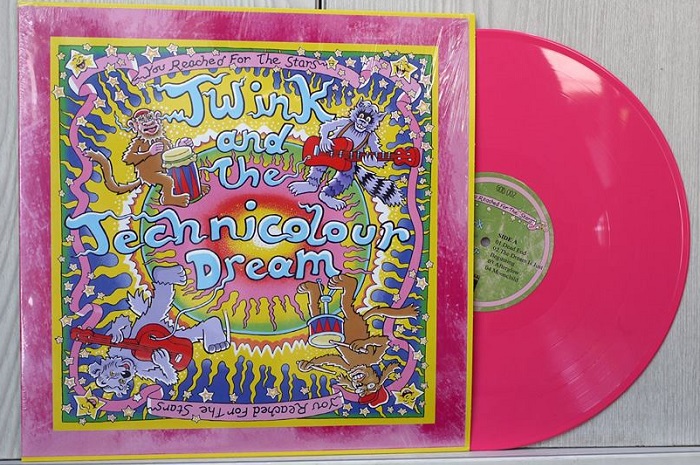 "The blues are the father to all, if there were no blues we would have no rock 'n' roll and that means no psychedelia. Americans had blues as an outcast, discriminated to its African-American origin, but there is where white rock 'n' roll found its grounds to flourish, and conquer the planet."

How do you describe label’s mission and what characterize your music philosophy?

Our main goal as a label is to discover music from all over the world that we love and believe in, and do our best to issue it in all formats, vinyl being our main thing, in the best audio production and materials (color vinyl 150gr, special box editions with t-shirts posters etc.) and with the best cover art possible, ‘cause after all, art is the whole, and all is art. We specialize in some rock subgenres as psychedelia, garage, progressive, space-rock, psych folk and some experimental, 'cause music is one, but it's a vast field to cover in one label, and it's our philosophy not to be "jack of all trades".

Why did you think that the Psychedelic music and culture continues to generate such a devoted following?

The psychedelic culture comes from the beginnings of mankind's history. In every culture since the ancient times, there are references to psych-o-drastic plants and their affect in mythology. All the human tribes had their own myths and mind altering plants and recipes in their culture. As for the psychedelic music that became most prominent in the '60s but after some sabbaticals in the '70's and 80's continues strong into our days (even in those disco and punk years there was devoted musicians and followers of the psychedelic genre) mainly I think because the trippy music and literature has evolved with mankind, it’s in our DNA. As for the drug culture, is not psychedelic per se, the best trip drug is imagination and music I say. 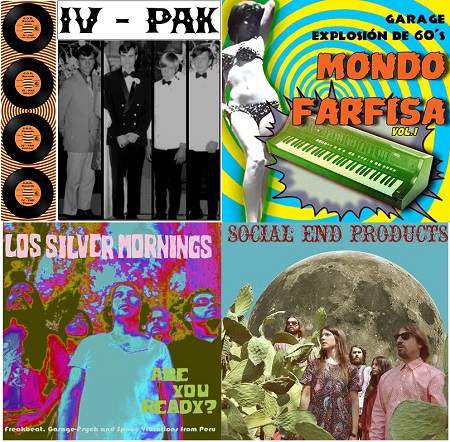 I remember fondly now, our first LP production of Cholo Visceral band and the whole anticipation for the people's reaction to our very first work. Like all our works, this was our baby that we were proud of (our firstborn!!) and we couldn't wait to show it off and get the feedback. As it turned out it went very well worldwide fortunately in sales, and the band a group of young guys (average of 25 years old) from Peru became known worldwide thanks to our promotion.

If I miss one thing is the physical instrument use, even electric, and also the ingenuity in all forms in musical compositions and the use of imagination balancing the lack of technology. My hope for the future is that people that see music as the greatest art form will continue to write and perform great new works, and there will be more Don Quixote’s like me and some others I know fighting through independent labels the windmill beasts of the big consortiums. My biggest fear is that all these great feelings music and the records as a whole art form is giving us will transform into soulless digital bits and bytes.

Frank Zappa put it in perspective with his "We're only in it for the money" record in 1968. I think the source of all evil in art is the money factor, artists companies, people have to make a living in music business too but I would like it to be more art less business, we would be better off without many of the trash being issued massively from the big companies with sales as the only aspect.

Make an account of the case of vinyl albums in Greece. Which is the most interesting period? 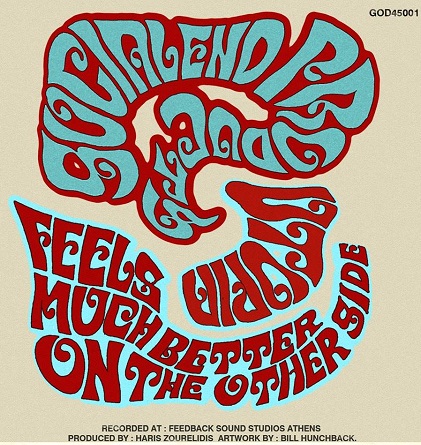 There is great productions even from the beginnings of the 20th century with the Greek folk legacy of "rempetiko" and many others, climaxing in the '60s with many interesting and most significant records in rock and other genres, I am not counting the issues of imported music, with the '80s keeping the flame high with many very good independent labels, we also  had some good works in the '90s but it was lesser in volume and nowadays we see a new revival with new bands and fans turning to vinyl again as the most respectful format.

What are the lines that connect the legacy of Psychedelic with the Blues and continues to Folk and Rock n’ Roll?

The blues are the father to all, if there were no blues we would have no rock 'n' roll and that means no psychedelia. Americans had blues as an outcast, discriminated to its African-American origin, but there is where white rock 'n' roll found its grounds to flourish, and conquer the planet. It had to be the ‘Brits’ with their '60s invasion to reintroduce Americans to their own legacy, the blues. Folk is the blues and the traditional music that was played, different in every country but similar in its foundation, which is the common people fables, their troubles and their entertainment. The electric instruments in the '60s introduced by musicians like Dylan in folk and earlier Charlie Christian in the blues is what made the connection, to '60s fully electric rock. Then the fuzz and the trip came in to make the psychedelic culture journey possible. I should point out of course, that this is my answer in a nutshell, ‘cause this question with the proper analysis would need many book volumes to expand.

What has made you laugh lately and what touched (emotionally) you from the local music collectors’ circuits?

I laugh all the time with the tricks some people find to sell records in crazy prices, or to con collectors with crazy fables and fakes and bootlegs made asking crazy amounts of money. A story that touched me is a personal one, some great Greek rock musician knowing that his record is of great money value on ebay signed his copy and gave it to me as a token of our friendship.

Where would you really wanna go with a time machine and what memorabilia (books/records) would you put in? I’d like to travel to many places in history and meet people I think of value not only musicians, but I would like to use this time machine to follow the whole music history of the 20th century and all the great concerts and events I missed.

I would put in some of the records I think as the most significant of every era of the 20th century and some history books starting from Thucydides 'till our days, reminding with a note that history is written by the winners, and there are two sides in every coin, so read all, and make up your own mind!