Interview with rising musician Bad Brad - the blues came natural and it's been nothing but the blues ever since!

"The Blues has given me a way to not only express my creativity, but also an outlet in which I can put all of my emotion to serve the music to its fullest."

Bad Brad: Walkin' With The Blues

Bad Brad was born in Rice Lake, Wisconsin and has moved all over the country since 1991 when he was born, living in places like Virginia, California, and Washington. He was raised on music like Jackson Browne, Gordon Lightfoot, and Allison Krauss. After starting guitar lessons when he was ten years old, he quickly switched to Bass, only to end up on guitar again. Brad's guitar teacher, eager for Brad to get out and play, brought him to some local blues jams in Washington State and taught him what he needed to know in order to keep up. Some of his best memories of learning the blues are of hearing Stevie Ray Vaughn for the first time, and catchin' on to some Rory Gallagher, Robin Trower, Jonny Lang, and of course, B.B. King.  After singing many other styles of music growing up, the blues came natural to Brad and it's been nothing but the blues ever since! "We dig everything about the sounds of the old school Blues, and we take those sounds and mix them up with some of the new school, with energy and passion."

Bad Brad has played some of Colorado's hottest music festivals including the Main Stage (Mountain Ave) at Bohemian NIghts/NewWest Fest, The Greeley Blues Jam, The Carbon Valley Music Festival...etc. Brad has shared the stage with Tommy Castro, Rick Estrin and The Nightcats, as well as some of Colorado's best local bands! Keep an eye out for Bad Brad & The Fat Cats featuring Nic Clark! Some of Brad's biggest influences are: B.B. King, Freddie King, Junior Watson, Albert Collins, Luther Allison, Tab Benoit, etc. Bad Brad & The Fat Cats have released their second CD, "Take A Walk With Me," which offers a modern take on a traditional sound. This album delves deeper into Bad Brad & The Fat Cats' dedication to the blues!

The Blues has given me a way to not only express my creativity, but also an outlet in which I can put all of my emotion to serve the music to its fullest. The Blues is an important part of my life that I love to share, a picture into my world, but it is also a very private thing for me at the same time. I have learned from the Blues how to share a common emotion through music with other musicians who can relate. Blues to me represents a struggle expressed through music and many people getting together over it.

How do you describe your sound and what characterize Bad Brad & The Fat Cats philosophy?

The Fat Cats have an electrified and energetic sound. We draw our sound from influences in every corner of the blues. We dig everything about the sounds of the old school Blues, and we take those sounds and mix them up with some of the new school, with energy and passion. Our philosophy is to be constantly reinventing ourselves through the music we love to create new sounds and learn different approaches to the music. 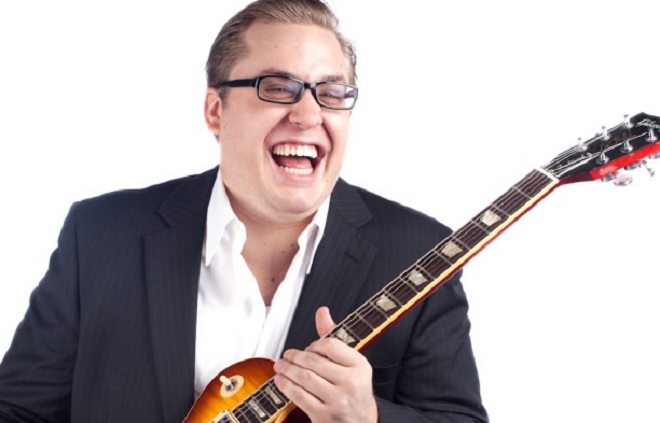 "I’m worried that the future of the blues will slowly forget about where it came from, and the originators will soon be forgotten."

The Blues will always have some sort of following because the message of struggle is something everyone can understand. The problems may have changed, but the message continues to unite people from every generation and every walk of life.

The best jam I have ever played in was at The Snowy Range Music Festival last year in Laramie, Wyoming. The jam was stacked, and then they were gracious enough to let me sit in. Erica Brown was singing, Ken Saydak on Piano, Nic Clark on Harmonica, Chicago Chuck (Blind Dog Smokin’) on drums, and Nick Charles (Billy Branch and The Sons Of The Blues) on bass, and Robert Ortiz (Blind Dog Smokin’) on guitar as well. We had one hell of a time playing some great blues, and they are all such fantastic musicians, I’ll surely never forget it!

The most important things I have learned in my musical career have come in the form of advice from the pros. Not every piece of advice has come in direct communication with these greats, but they have taught me, through their own performance and dedication to the music, that I should always stay true to what I feel, play from my heart, and put on a show EVERY single time I pick up my guitar. If you don’t give your 200% best every time, you are doing yourself, and the music, a disservice. 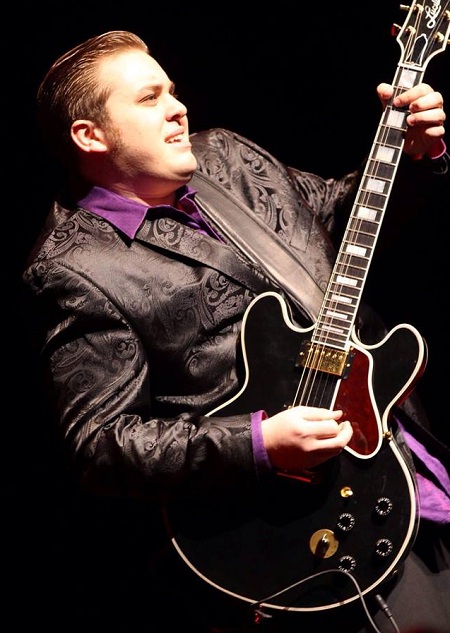 Our new record, “Take A Walk With Me” was recorded completely live in the studio. I wanted to capture a live sound, with special guests sitting in. This method gave me so many fond memories of working with Lionel Young on slide guitar, Gregg Mackenzie on Harmonica, and Dwight Carrier on Accordion. Getting together with different musicians and figuring out the music on the spot is always the most fun because it pushes all of us to serve the music together. There is not really one particular memory for me, just the overwhelmingly lucky feeling I got during the whole process.

I’m not old enough to know how it was in the past, but from the records I listen to, the feeling in which musicians put out their music has changed. I’m worried that the future of the blues will slowly forget about where it came from, and the originators will soon be forgotten. I don’t think it will completely disappear in its original form due to recordings and videos, but it has already started to happen that musicians that say they play blues do not know where the music they play comes from.

One of my favorite memories would definitely be when Tommy Castro handed me his guitar during a slow blues his band had just started. He also got Erica Brown up to sing. I have been listening to Tommy since I started about 10 years ago, and it was completely surreal to be able to play his guitar with his band.

Make an account of the case of the blues in Colorado. How do you describe the local scene and society?

Colorado has a growing Blues scene that is starting to get hip to the traditional sound. There are a LOT of blues jams, which is great, that’s where it all starts.

If I could choose, I would really want to spend time in Sun Records in its heyday, during a session with Howlin’ Wolf. I would love to be a fly on the wall in that room. 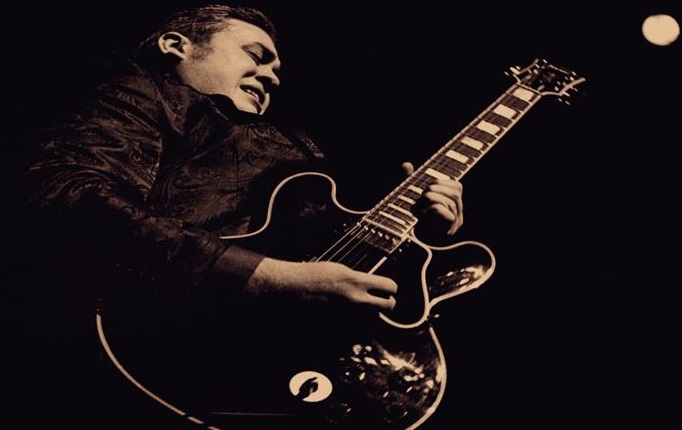