"The ties between Jazz, Rock, Psychedelic and World music is the Rechecking Inside of each musician." 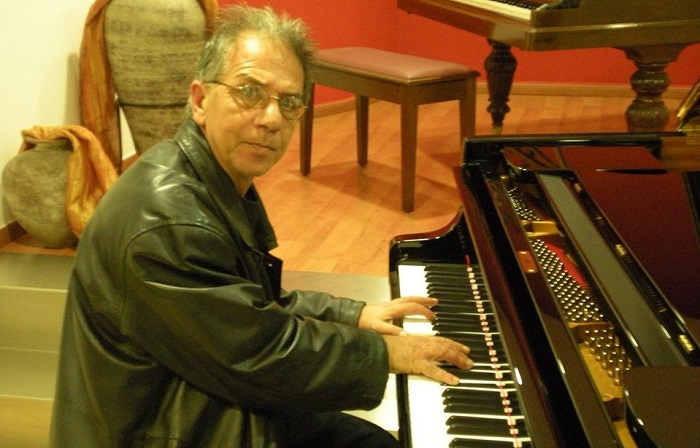 Chris talks about the local jazz Rock scene, and his music experiences.

What do you learn about yourself from the Jazz music and what does Rock n’ Roll culture mean to you?

Rock music gives me the Liberation of my Soul & the Jazz music learns me - to improvisation & communication with other important musicians.

How do you describe Chris Stassinopoulos sound and what characterize your music philosophy?

My music is SPACE SOUND-SPACE FUSION the rechecking of the meaning of Universe for the HUMANS.

A) When I was listen the Greek band “Juniors” in Glyfada Greece at 1964. B) when I was living for 2 years in the same house at Brunoy 20 km outside of Paris France, with the band AXIS (the second international GREEK band after APHRODITES CHILD)--also big experience was at studio Herouville when we (AXIS) recorded our LP Sewers down inside (at 1973)--and at same studio-same period-at other big room recorded PINK FLOYD-Dark Side of the Moon. C) Experience exploration at 1980-1983 in Greece-in the mountains of CRETE & ANDROS island beach & mountains. 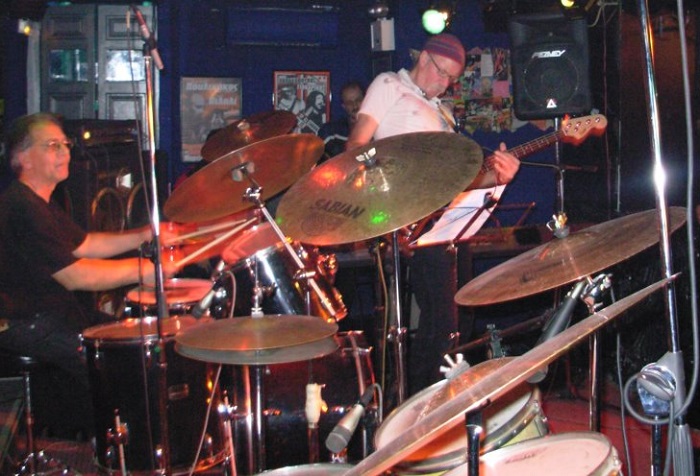 "Rock music gives me the Liberation of my Soul & the Jazz music learns me- to improvisation & communication with other important musicians." (Photo: Chris & Hugh Hopper of Soft Machine, Rodeo Club, Athens Greece)

Are there any memories from Axis, Clear Lights, Vangelis and Soft Machine which you’d like to share with us?

Memories from Axis, Clear Light, Soft Machine, and Vangelis are many and all good AND Fantastic!!!!

I miss ROCK & JAZZ sound of the years 1970-1976. MY HOPES & FEARS of the FUTURE...FEARS-BANKERS & TOKOGLIFOI (money lender) to destroyed HUMANITY transformed the Humanity...Slaves in Material World without SPIRIT without Civilization-but Only SYSTEM LIFE… House, Working, House, Working, House … without friends and relatives inside at them houses (after work time). MY HOPES ...to Open the Houses (hospitality) for friends & to offered Foods, drinks (NOT DRUGS!!) and good Discussion for the LIFE--this was happen at 1960-1980!! 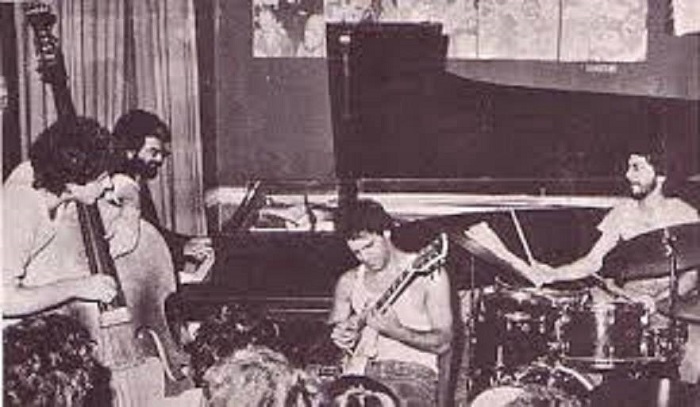 "My music is SPACE SOUND-SPACE FUSION the rechecking of the meaning of Universe for the HUMANS." (Photo: George Filippidis on bass, Demis Visvikis on piano, Lakis Zois on guitar, and Chris Stassinopoulos on drums, Jazz Club Barakos, Athens Greece, 1979)

Make an account of the case of the Jazz Rock in Greece. Which is the most interesting period in local scene?

What are the lines that connect the legacy of Jazz with Rock and continue to Psychedelic and World music?

The ties between Jazz, Rock, Psychedelic; World music is the Rechecking Inside of each musician. 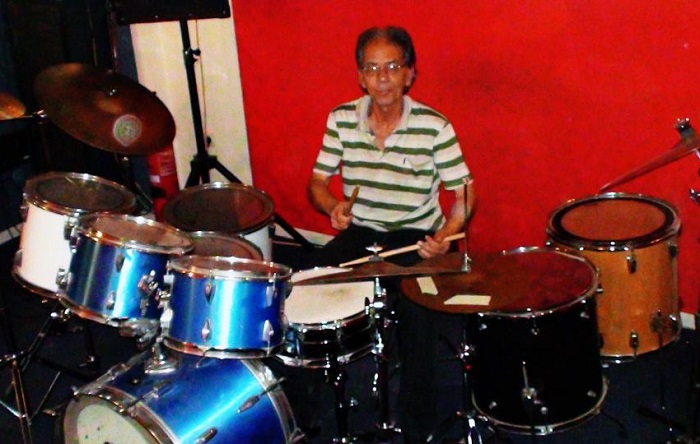