"Never give up on your dream!  No matter how bad it looks always keep your faith."

America’s Hottest Accordion winner, Dwayne (Dopsie) Rubin, plays a unique, high energy style of zydeco. Dwayne hails from one of the most influential Zydeco families in the world. Although inspired by tradition, he has developed his own high energy style that defies existing stereotypes and blazes a refreshingly distinct path for 21st century Zydeco music. This singer/songwriter and accordionist has performed all over the world since debuting his band, Dwayne Dopsie and the Zydeco Hellraisers, at age 19. 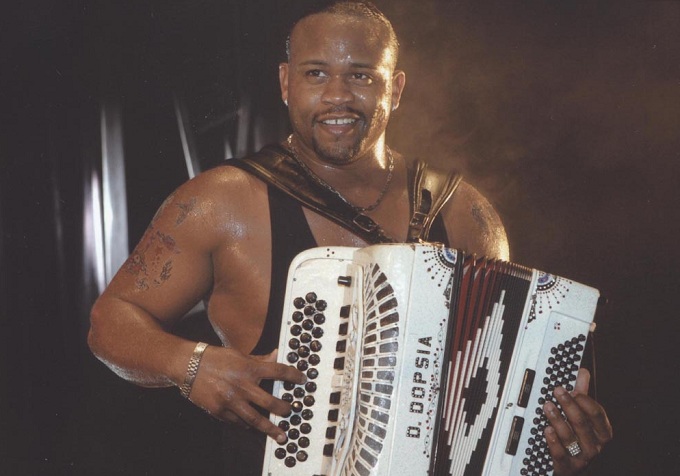 Dwayne, born March 3, 1979 in Lafayette, Louisiana, was the last of eight children.  Dwayne attributes his musical ablilities to his father, Rockin' Dopsie, Sr., a pioneer of Zydeco music.  As a small child, Dwayne was interested in the washboard, but quickly realized he had incredible talent with an accordion.  He has played the accordion since age seven and states, "This is my calling - Zydeco music is in my blood and it is my heart and soul."  As a tribute to his late father, the most influential person in his life, Dwayne plans to record an album of his Dad's greatest Zydeco hits. Dwayne and his Hellraisers recorded a live CD released September 2011 which features a limited edition double LP album as a bonus, and a studio album with title BEEN GOOD TO YOU (2012).

What do you learn about yourself from the Zydeco culture and what does Zydeco mean to you?

I learn about myself that the Zydeco is me, it's a way of life for me, the way of my father and mother, grew up in the fields singing the music is in me thru and thru...

How do you describe Dwayne Dopsie sound and what characterize your music philosophy?

My sound is aggressive and powerful, but pure blues and heart my technique and the way I sing my songs are all things I have been working on for a long time!

I think when I won the first ever accordion contest held in Branson, MO, it was the point of my life, that I was most proud of, because I knew I had put the work in and it paid off. 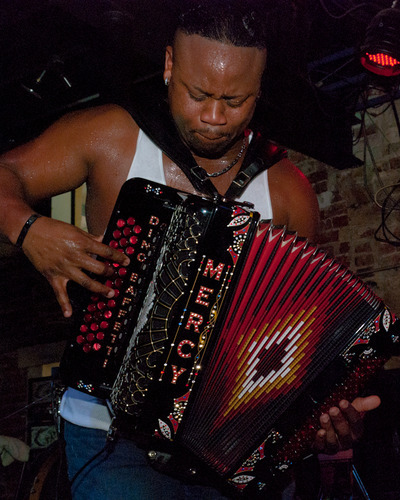 I think people follow the music here, cause, it's real and they can relate to it and we play what we feel good or bad!! And people respect that about us!

"Cajun music is like bluegrass a little with no influence of blues whereas zydeco goes it's full of blues and African descent that's what gives it the rhythm it has Cajun music doesn't have the same!"

I think the best Jam is called do it for the rest of my life, cause it talks about me and where I come from.

One of the most memorable gigs was when I played on stage with the Blues Travelers in Montana. I had never thought that would ever happen but I had a chance to share a stage with John Popper.

The memories play a big part in my music of today. I never forget and sometimes never let go and that's where some of my passion comes from!!

Are the love and creativity and just the rawness of music, no machines just pure heart and soul and that music will always be here!!

My hopes are that more people play accordion, but I hope to one day but this music in the mainstream where it needs to be my fear is growing old and not be able to do what I am doing now!!

Which memory from Rockin' Dopsie, Sr makes you smile?

I have tons of them, but his jokes, his laugh; and the way he carried his self was magnificent! Never give up on your dream!  No matter how bad it looks always keep your faith.

"The memories play a big part in my music of today. I never forget and sometimes never let go and that's where some of my passion comes from!!"

What are the lines that connect the Blues with Caribbean, Creole and continue to Zydeco and Cajun music?

Well, Cajun music is like bluegrass a little with no influence of blues whereas Zydeco goes it's full of blues and African descent that's what gives it the rhythm it has Cajun music doesn't have the same!

I would change the way people view accordion players, cause if it's played right it's a beautiful instrument!

What has made you laugh lately and what touched (emotionally) you from the Zydeco circuits?

What makes me laugh and smile inside is how much fun people have dancing to Zydeco they are all over the place lol.

My contact with people on stage is dear to me, cause I wanna know they had a great time and wanna return and see all the people out there smiling, as we make them sing along with us!!! 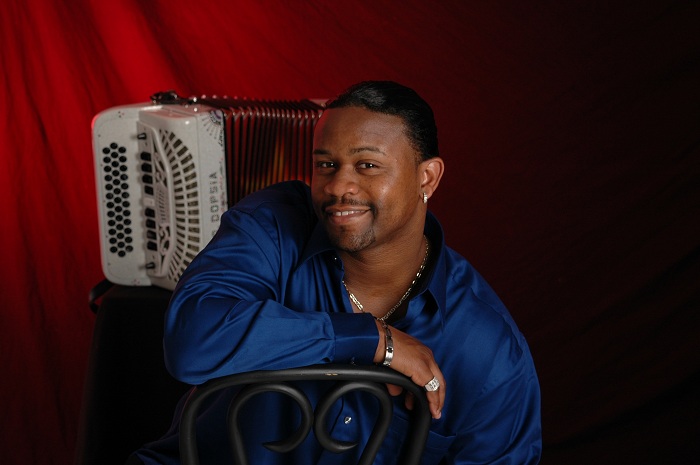