Keyboardist Kelly Finnigan of Monophonics talks about the band, his father Mike, and psychedelic soul

"Soul is funk is timeless and speaks to the human heart and soul! It’s a special sound and felling that will resonate forever."

Psychedelic Soul, sometimes called Black Rock, is a sub-genre of Soul music, which mixes the characteristics of Soul with Psychedelic Rock. It came to prominence in the late 1960s and continued into the 1970s, playing a major role in the development of Soul and Funk music. Over the past seven years, Monophonics have staked their claim as one of California’s premier bands. Raised amid the Bay Area’s rich musical culture, Monophonics has proudly carried on the tradition of music native to their hometown, which flourished during the birth of psychedelia. 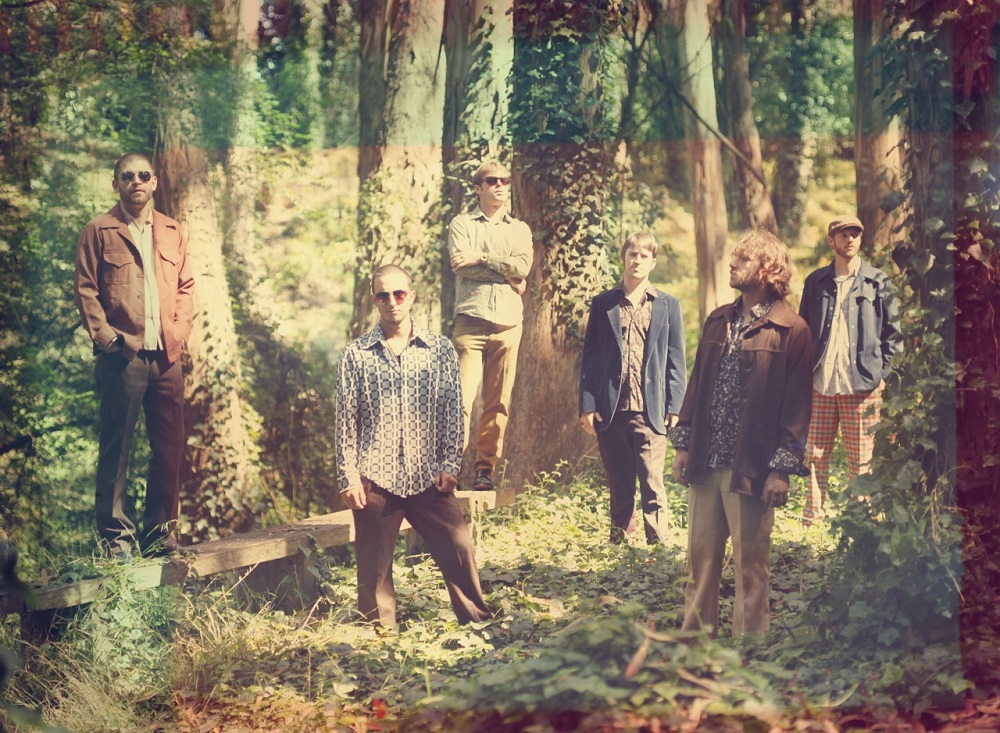 Monophonics were formed in 2005; originally a instrumental ensemble comprised of guitarist Ian McDonald, bassist Myles O’Mahony, saxophonist Alex Baky, trumpeter Ryan Scott, and drummer Austin Bohlman, the band has recently added the dynamic soul vocals of keyboardist Kelly Finnigan. The result is a psychedelic soul & heavy funk sound, which harks back to the stylings of the late 60’s and early 70’s, all while keeping its feet planted in the present. As a mainstay of San Francisco venues such as The Independent, Brick and Mortar & Boom Boom Room, the Monophonics have created a national buzz and fervent local following, sharing the stage & bill with such names as Budos Band, Orgone, Dr. Lonnie Smith, Kings Go Forth, Soulive and many many more. Their touring schedule has brought their signature rowdy, hard-hitting live set to over 400 dates from California up to Motown and down to Louisiana establishing themselves as yearly residents at the legendary New Orleans Jazz Festival. In 2012 the band released a new album “In Your Brain”. It was recorded & produced by Ian McDonald and Kelly Finnigan in San Francisco and was mixed by Sergio Rios from ORGONE at Killion Sound in LA. This new record sits on the fuzzy psychedelic side of Soul and Heavy Funk! Taking a cue from their San Francisco roots and greats like Norman Whitfield, George Clinton’s Funkadelic, David Axelrod and Sly Stone the group has found their path which has taken on a direction that focuses on great tones using analog equipment, a simpler and more spontaneous songwriting approach and trying to always catch a vibe that brings back thoughts of the 1969 psychedelic movement!

My father has been a professional musician for over 45 years so I grew up in a house where music was very prominent and important. My father Mike Finnigan is my biggest influence and has taught me everything I know. He has played with some of the biggest and best musicians and singers in the world. From Jimi Hendrix to Etta James, Sam Moore, Ringo Starr, Michael McDonald, Joe Cocker, Bonnie Raitt, Taj Mahal, Crosby, Stills and Nash and tons more! I am lucky enough to be able to ask for advice and get tips. It was probably Crosby Stills & Nash. The first songs I learned were off Michael Jacksons record “Thriller” I wore that record out and played it all the time as a kid.

We really are like group of brothers, we work hard and we play hard. We treat every show like it could be our last and leave it all out on the stage. We are constantly thinking of ways to be better and get better. Really the philosophy is give 110% and have fun cause there is nothing better than sharing your gift with the world. We are truly privileged to be able to have a job that brings people joy and inspires them.

How do you describe Kelly Finnigan’s sound?

I would say soulful, raw, gritty, sweaty, fun and I try to be a showman. I am self taught and by no means am I the best keyboard player or singer but I will always try and work harder than the rest and feel its my duty and job to put on a show for the people and fans. I love artists and performers like James Brown, Otis Redding, Michael Jackson, Etta James, Johnny Guitar Watson, Joe Cocker, Tina Turner. Performers who leave it all out there 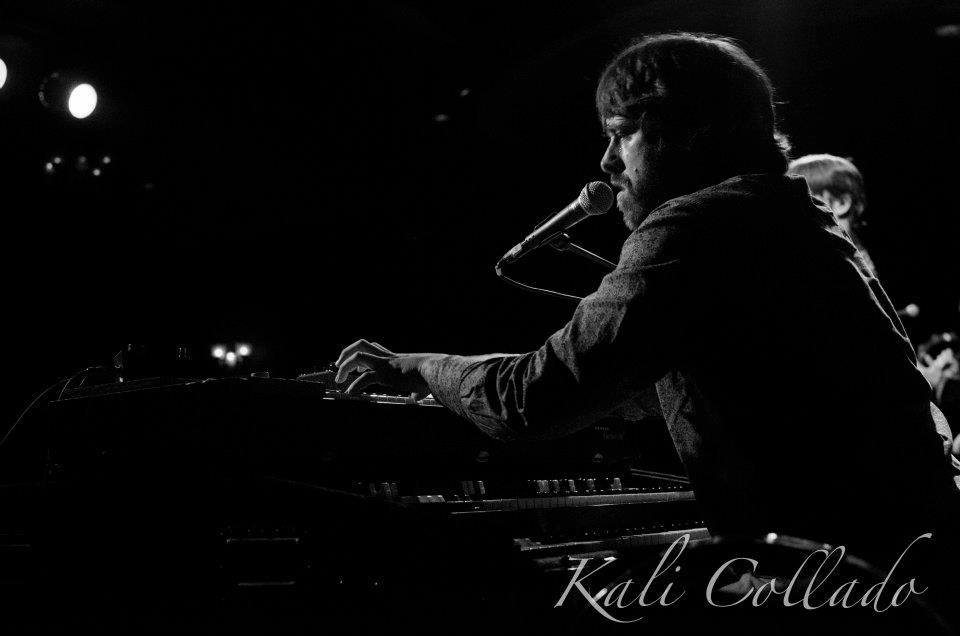 Too many to remember at this moment and as we say, what happens on the road stays there!

Working with Fanny is such a pleasure. She is a huge talent and a lot of fun to be around. I remember the wine was flowing that night and there was lots of laughing. I am very proud of this record and Ian and I worked extremely hard and spent hours and hours brainstorming and experimenting with tones, ideas and sounds. We all had a lot of fun making this record and halfway through I knew we were on to something that was different and was going to be great! As my good buddy Sergio Rios from Orgone would say as he mixed it “Game Changer”

We just played a cool festival in Telluride, Colorado which in my opinion is one of the most beautiful places on the earth. The view from the stage was breathtaking and I will never forget looking at that gorgeous view while hearing 5,000 people cheer for us. It was magical! This wholelast tour through Europe was unforgettable!! We have been lucky enough to jam with some really cool folks…Soulive, New Mastersounds, Vinyl, Phantom Blues Band, ORGONE. We always go to Jazz fest in New Orleans every year and always end up jamming with some incredible musicians.

This whole last year has been amazing but I would have to say right now Touring Europe is the highlight and best moment. It’s a dream come true and a goal that myself and the group have had for a long time. I have been pretty lucky and avoided the worst but I would say part of 2009 was hard. I moved up to Oakland in the fall of 2006 with 2 of my closest friends and band mates in another group called Destruments and my girlfriend of 6 years and by 2009 I had no girl and those 2 guys moved back to LA…It was tough but like everything, it was meant to be. 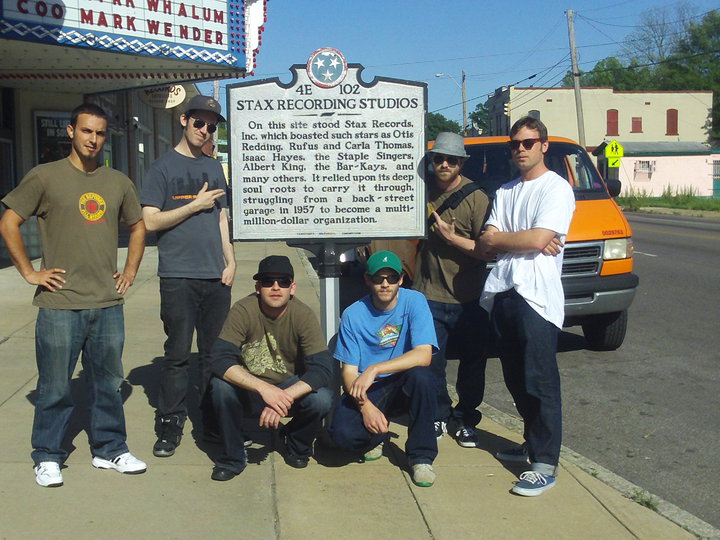 Soul is funk is timeless and speaks to the human heart and soul! It’s a special sound and felling that will resonate forever.

I love psychedelic rock and all psychedelic music! It’s a very unique approach and culture. The thought that people geared a sound towards people in a higher state of mind is very appealing to me. Well rock and roll is very close to the blues and the psychedelic rock sound most certainly oozed into the late 60’s blues sound just as Blues was found in the psych rock sound.

It means black rock! It means soul music with a new edge and attitude that was part rock and roll and part hippie culture! The soul and funk community recognized what was going on in society and in the youth and embraced that side of expression!

It offers the freedom to fly your freak flag and be yourself. Be weird, be normal, be who ever you want to be or are but just have fun.

What characterizes the sound of San Francisco? Who is considered the "godfather" of Psychedelic Soul? 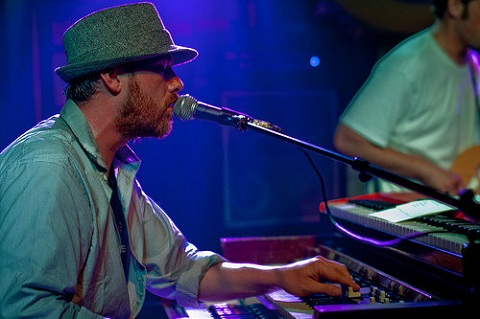 There is so much character between soul artists like Dorando, innovators like Sly Stone, a new funk sound from Tower of Power, the groundbreaking jazz funk records of Herbie Hancock and his bay area rhythm section The Headhunters and of course the psychedelic rock of Jefferson Airplane and Quicksilver Messenger Service.

There is no one Godfather but the Godfather’s are Sly Stone, Norman Whitfield, George Clinton, Curtis Mayfield & Dennis Coffey

No, we have played on the same bill with many great artists and bands, but don’t get to hang out much or even meet them sometimes

Listening to music in a higher state of mind. I would say Thank you and ask him what were your 3 favorite shows you put on?

I would have given a lot to meet Hendrix but luckily I can say my father played with him and is on his classic record Electric Lady Land!! I would ask Chet Helms how many times did you make love in 1967?