"Blues and Gospel are the roots of jazz. For jazz to be vital it must have its roots. Sometimes I now hear academic sounding 'jazz' with no roots. A technical exercise."

Charlie Miller: When the Saints go Marching In

Charlie Miller is a New Orleans born and raised Jazz trumpet player, residing in New Orleans, LA. He has been the music director/arranger for Dr. John's band, and has performed many styles of music in jazz festivals around the world. Also performed at Thelonious Monk Concert at Carnegie Hall (with Monk on Piano), with various Latin bands, Machito, Orch Harlow (many recordings), with Chuck Mangione Band, at New York Ballet Theatre, and full Scholarship Graduate-Manhattan School of Music-NYC. 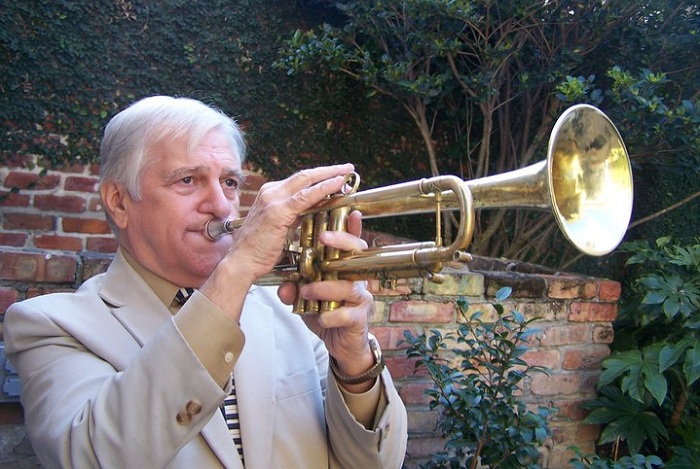 How do you describe Charlie Miller sound and progress, what characterize your music philosophy?

Since music is first and foremost creative, hopefully, I will continue with new musical discoveries which have always been the main thrust of my life for so many years. To me these are always special gifts which I'm so appreciative of. It has always seems much larger than I am individually.

All my musical periods have been not only interesting but riveting. My whole musical life has been filled with new discovery and still is surely. It's such a wonderful thing. I liked when we produced and recorded R&B 45's in New Orleans during the time when R&B was new and fresh. We were integrating before integration came in. I liked playing with some of the great fiery salsa bands in N.Y.C. I still listen often to those recordings. 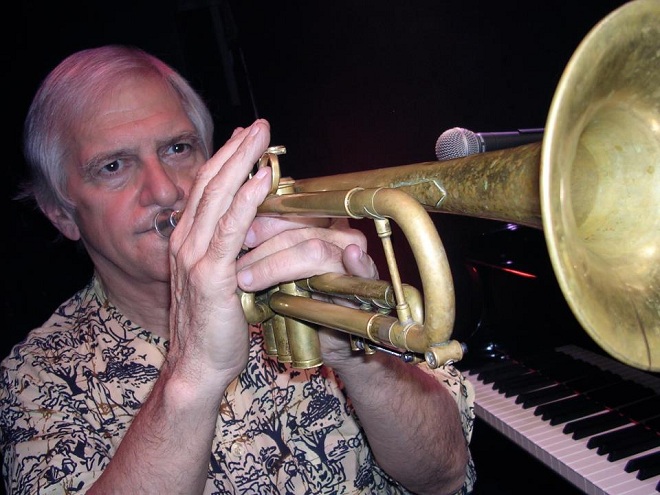 "I feel that the music experience and the music world are a small part of the whole in the world situation. I would like to see youngsters putting their music above their financial climb."

I believe that we're currently in a musical gap these days. Jazz and Blues was generated as very strong and heartfelt. Thus there's a lot of power in that music and it will continue to last. It often wasn't created solely to make a commercial hit, as so many recordings these days. I feel that it will still last as a pure sincere statement on it's own, regardless what the commercial world does.

Do you remember anything funny from the recording and show time with Dr. John?

We did a lot of tours and recordings. There were many laughs. Herman Ernest and I found ourselves in many funny situations.

I was in a 5 horn group of Monk's last tenor sax player, Paul Jeffrey. He was very kind to me. We did a Monk concert at Carnegie Hall with Monk on piano. I wouldn't call this a jam, but it's one experience that stands out. Also, I remember one particular night in Machito's band; the band went to a level of tightness which was more alive than anything I had heard in a long time. A set with Vasti Jackson and Mark Stone in Périgeux, France also stands out. Vasti is always very inspiring on stage. 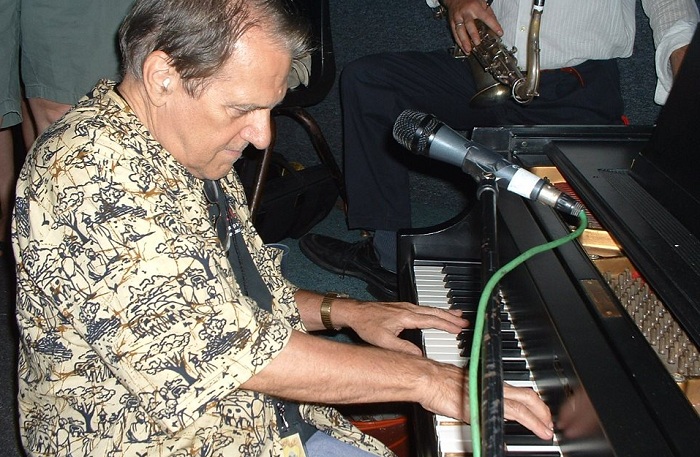 "I believe that we're currently in a musical gap these days. Jazz and Blues was generated as very strong and heartfelt."

I had a great trumpet instructor William Vacchiano at Manhattan School of Music. At the time he was principal trumpet with the N.Y. Phil.  He knew all sorts of ways of getting around trumpet problems. He had a huge number of students and cared very much, sharing his experience, constantly giving us tools to survive with when we became professionals on our own. I'm so thankful about this. Long after I graduated, I studied old school solfeggio with a music angel who lived on W. 53rd St.  This was Cuban music master, Alfredo Socarras.  He was another incredible soul who had so much knowledge and skill. From that time on I heard music differently with more sensitiveness and awareness.

Are there any memories from Carnegie Hall concert with Thelonious Monk which you’d like to share with us?

Barry Harris played the rehearsals on piano, not Monk. There was some lack of focus in the orchestra during this time. Some guys had their attention off of the music and on other things.  Then Monk showed up for the gig. And from the first note until the last the music was very concentrated and pure ... filled with the magic which is music. Paul Jeffrey pulled this orchestra and charts together. He did so great with this.

What are the differences between: New Orleans and New York from the other local scenes?

I feel that New Orleans and New York are currently the world music centers for jazz. I've been to a lot of locales around the world. I will say that I love the peoples' music of many areas. For instance, I love traditional Chinese music. Also Arabic, including the ancient flute called the “Ney”. 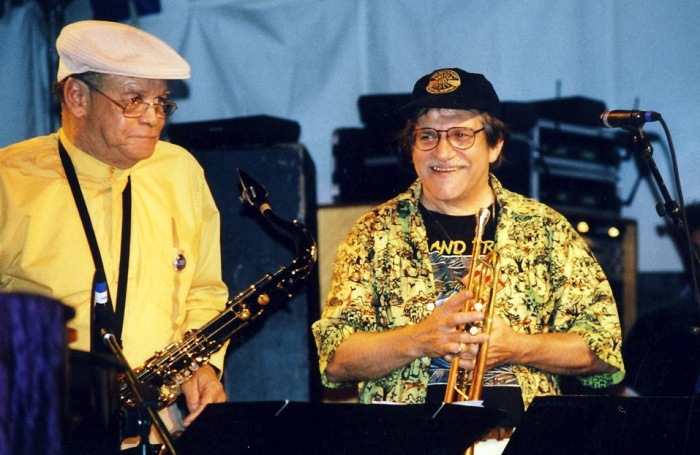 "My whole musical life has been filled with new discovery and still is surely." (Photo: Charlie and Red Tyler)

I miss the spirit of what the R&B was in N.O. when I was young. I feel that when Red Tyler passed, not so many years ago, we didn't lose only Red, but we lost N.O. Horn sections. After Red, I never experienced this sort of section playing which I loved so much. I don't blame anyone. It's just that the guys who knew how special this is have passed away and the new guys have been taught differently. I don't blame them, but it sure makes me lonely for what we had ... sometimes very lonely for some understanding and sharing of the love of it.

It's such a different world now. I often work with young guys. I try to make myself available to share whatever I could if it's appropriate. I feel that the music experience and the music world are a small part of the whole in the world situation. I would like to see youngsters putting their music above their financial climb. Many these days can make a living. So I don't feel it's so necessary to be so commercial. I feel it's not necessary to be simply a copycat. There was once the days of jazz musicians. Now it seems we're in the times of jazz stars and star wanna-be's.

Ruth Brown improvising her lyrics in the tags on the “RB = Ruth Brown” project. Johnny Adams playing cards on the tour bus. Just being in the session with Spoon. 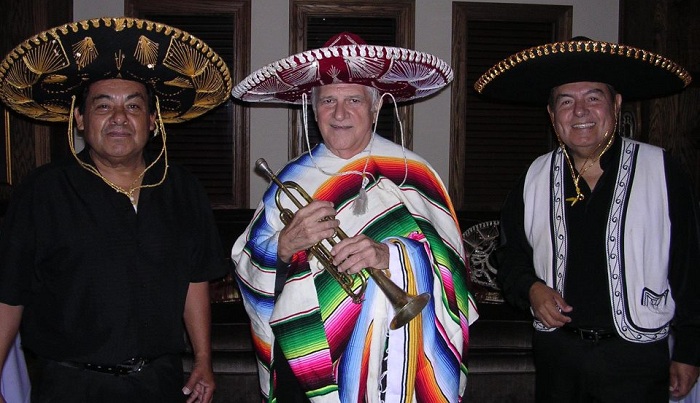 "I feel that New Orleans and New York are currently the world music centers for jazz. I've been to a lot of locales around the world. I will say that I love the peoples' music of many areas."

To me Blues and Gospel are the roots of jazz. For jazz to be vital it must have its roots. Sometimes I now hear academic sounding “jazz” with no roots. A technical exercise. Some make a lot of money with that. That's like a tree with only leaves and branches. It can't possibly have life.

How has the music business changed over the years? Do you believe in the existence of real blues jazz nowadays?

Some of these questions really relate to the state of the world economy. Business in general has changed a lot. Products are more shabby. Money seems more important than quality. Larger corporations are gobbling up smaller ones. Business is hovering over music like a monster. The business interests consider themselves totally necessary. Nothing could be further from the truth. Consider this: If there were no “music business”, we would still do exactly what we do, which is, make music.  Prob the music would be more honest and more healing for the people.  People would love it more. Conversely, if there were no musicians, the “music business” couldn't even exist. I think more people should give some thought to this..

New Orleans ... I totally love New Orleans ... I love the people, the food, my memories of the past ... I even love the scorching summer sun when the town quiets down because so many left who couldn't take the heat. I'm right where I want to be and where I should be. Last year a fest promoter called me and said: “I want you to come to Hawaii and do a 30 minute set”. I said: “I don't think so”. He said faster and louder, “You mean you're passing up a trip to paradise”? And in a flash I said simply: “You know? ... I'm already in Paradise”.  He understood. 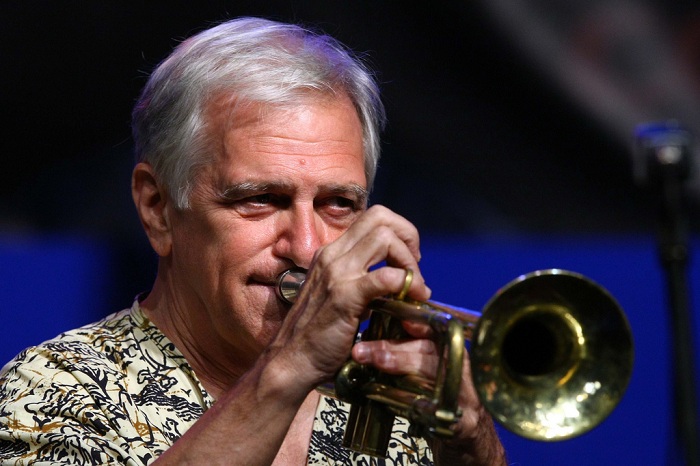