Interview with Norwegian multistrumentalist JT Lauritsen: Music is like the medicine for living my life

"Blues is something you live and is about your life and whatever is around you."

Jan Tore Lauritsen born in Norway and began playing at the early age of 6 and pretty much immediately got interested in the Blues and related music after first hearing BB King, blues pianist Charles Brown and the legendary Ray Charles.  JT had his first paying gig at the age of 14, which resulted in a steady flow of jobs for him on the organ - an instrument he stayed with for many years. J.T. was searching for his own style on the instrument when he had to admit that a B3 Hammond organ was too heavy to drag around from gig to gig - so he compromised by taking up the accordion. 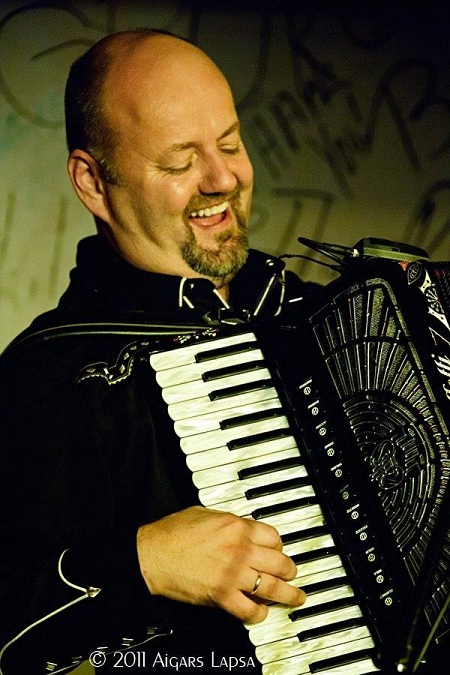 Eventually, his blues harp began accompanying him wherever he went and became a new sound in J.T.'s music. Since 1989, both accordion and blues harp have been his trademark instruments. In 1991, he started Buckshot Blues Band with the now well known guitarist, Vidar Busk. In 1995, The Buckshot Hunters released their first CD "Buckshot Hunters", an album that received solid reviews across the board. The album sold over 2500 units (a very respectable number in Norway) and laid the foundation for the next release, "My Kind of Blues". On album number three, "Make a Better World", which was released in 2001, J.T. gave it a sound with a rawer, hard edge that swings from the rafters - the result has gleaned fantastic reviews from the music press as his and the bands' live performances. With the release of 2004 album, "Perfect Moves", J.T. describes his music as blues, soul & rock n’ roll with a small taste of Tex Mex music. The next albums were the “Squeezeboxing”, recorded in Severn records studio in Maryland and “LIVE” in October 2009. The new studio album "Play By The Rules" recorded in Memphis at Ardent Studio with local Blues musician players and friends like Billy Gibson, Victor Wainwright, and more.

What do you learn about yourself from the Blues and what does mean to you?

Blues is something you live and is about your life and whatever is around you.

Music is like the medicine for living my life.

How do you describe JT's sound and what characterize your music philosophy?

My sound is something that comes with many year with same members and of course using the accordion in the way I do is little bit different than players from Louisiana, my music philosophy is just making goodtime music and feel good when its done! 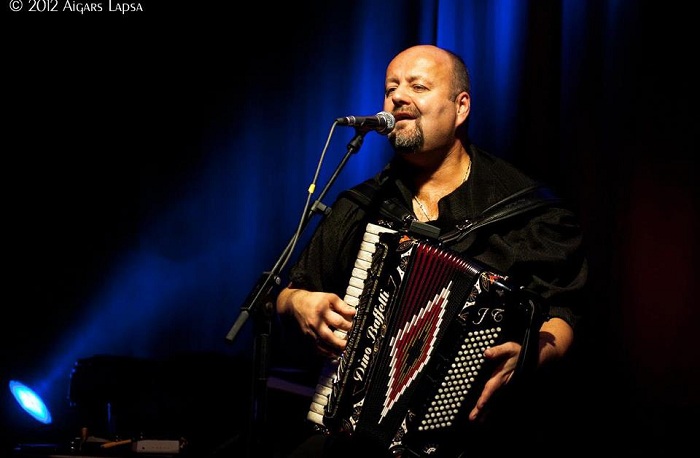 "I wish I had been in Chicago under the Chess time, watching Little Walter, Wolf and all the other great Chicago players and maybe drinking whiskey with Jimmy Reed" Photo © by Aigars Lapsa

I think the last 8-10 year been really good when talking about music, I don’t wish I be a star but like to give people around the world my kind of blues and he music we make and play and we been lucky to play almost all over the world and that makes you feel good and very happy. The worst is the starting of playing accordion instead of my Hammond B3 cause people was supporting all kinds of guitar player more than an accordion player and that was a tuff time to convince people that my music is good even I play accordion, but I have two guitar player who play better than ever so I don`t care.

Cause the feeling and nerve who everybody have but not maybe do not know about until they stop and listen, The same with younger player who want to be a blues player and want to learn everything in one day they find out it takes time then I think they understand the blues do not go away from you, it’s there and will always be!

Do you remember anything funny from The Buckshot Hunters?

Must be that one of the MC at Oslo Blues and Jazz Festival was introducing me and my band as: J.T Lauritsen and the Backshit Hunters, as you understand a band have many names.

The best Jam have been so many but one of the best was when I played Hammond B3 with Michel Burks at LRBC Cruise 2008 all night long until 7 AM in the morning, The most memorial gig must have been our Australian tour in 2002 when we played at Byron Bay blues festival 2002 and club gigs after around Brisbane area, we like to go back! 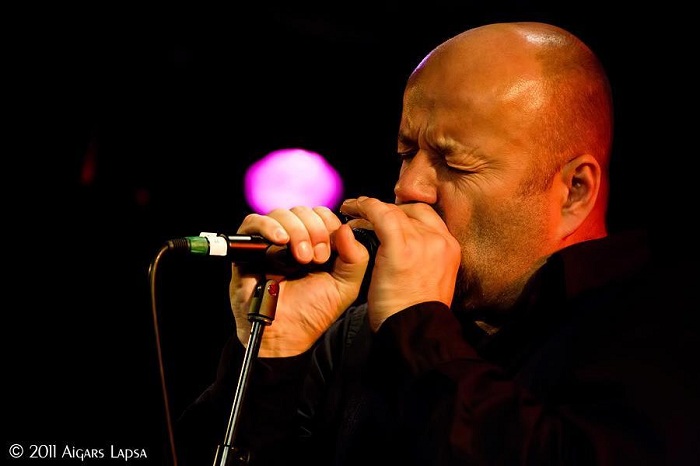 "My sound is something that comes with many year with same members and of course using the accordion in the way I do is little bit different than players from Louisiana, my music philosophy is just making goodtime music and feel good when its done!" Photo © by Aigars Lapsa

Well, meeting have been many but when I met Billy Gibson in January 2008 we made a friendship who result in over 100 gigs together in Norway, Switzerland, Denmark and Sweden and we still gig together and we also did a Live album with him. The best advice was when I was told keep on doing my squeezebox blues by Chubby Carrier and Johnny Sansone  and Jostein Forsberg of Notodden Blues festival in a time I was about loose my faith doing music with my box, today I can`t thank them much enough.

Are there any memories from Ardent Studio with local Blues musicians which you’d like to share with us?

Hm... Yes when after making Play By The Rules, Josh Roberts came in and plug the guitar after we record the basic files, and in one take kick my ass with that slide guitar and was making me cry!

Must been when Norwegian Blues Union was developed who made it possible to tour in Norway and visit all the clubs in a easy way , a very unique  situation and still is.

From the musical point of view what are the differences between: European and American Blues scene? 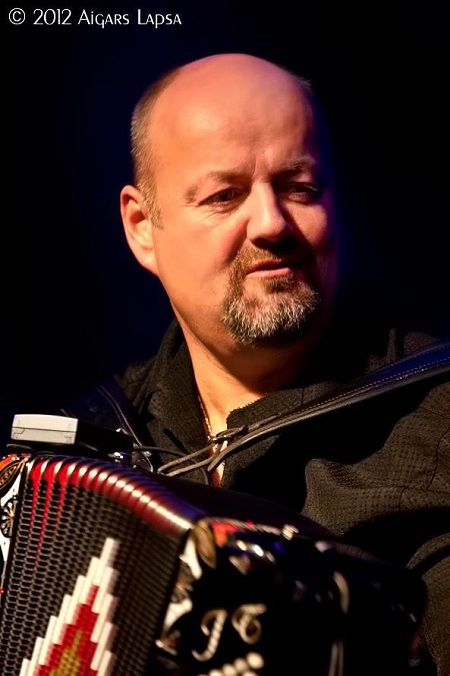 I do not miss a lot but I wish more people comes out to support local clubs and band who work hard to give people THE BLUES – for the future, fears is not in my mind as long we play and live gigs, but hope more radio station will play our music who seems to be good to played on radio?

"Music is like the medicine for living my life."

What is the relation between Organ, Harmonica and Accordion?

Organ and accordion is same keys only that I need to understand how to squeeze that box to get the sound right, harmonica have some of the same function as accordion but diatonic means that you have two tones plus bend note on harmonica compare to one on each reeds in accordion (there are also diatonic accordion) I play piano accordion.

What are the lines that connect the legacy of Blues with Soul and continue to Rock`n Roll, Tex Mex and Zydeco?

You give me a nut in the end , I do not play by the rules and that makes me able to play all kind of style and mix them together in the way we think is ok, then its up to you and like it or not , but I think  all styles in the landscape of blues is interesting . It all depends how you play together with your players I think and also how you work out arrangement.

Well, I wish I had been in Chicago under the chess time and watching Little Walter, Howling Wolf and all the other great Chicago players and maybe drinking whiskey with Jimmy Reed ... lol 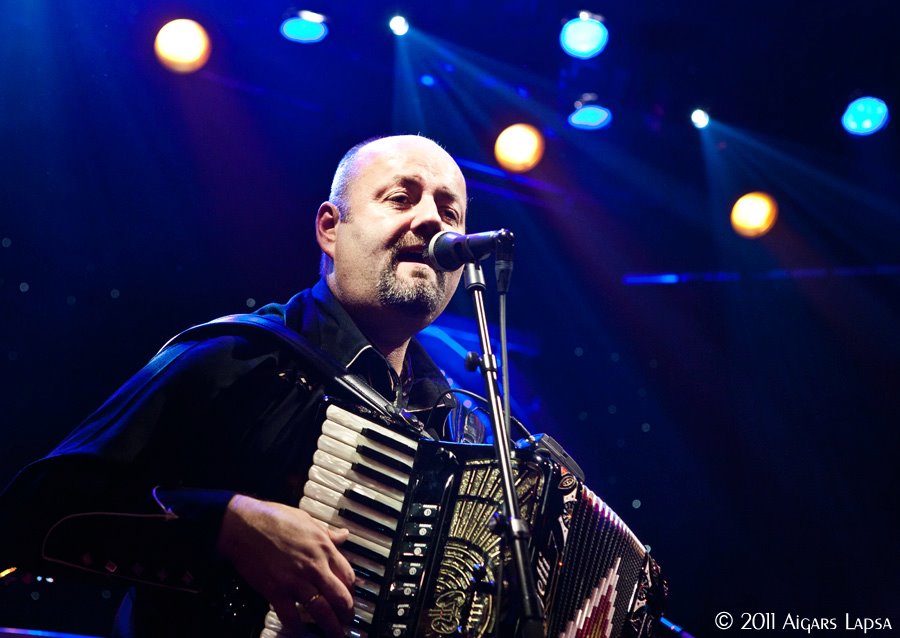