“Put Your Good Where It will do the Most”

Milton Rosenberg: The Ocean of Spirit 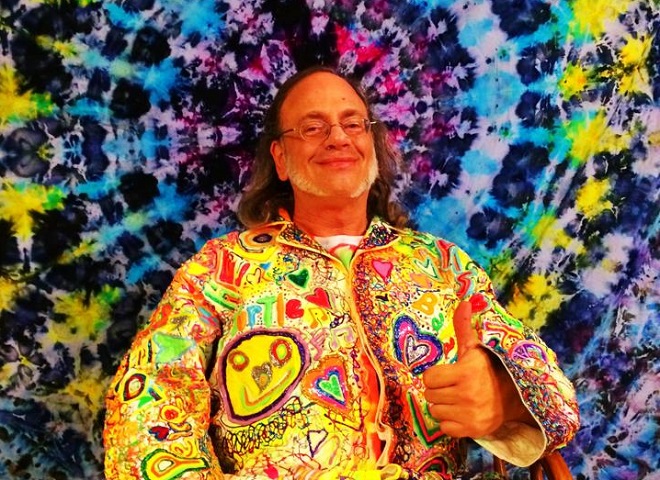 How started the thought of Venice Beach Music Festival and what characterize festival’s philosophy and mission?

We started with free concerts on the back of an art stand and one day when we were being shut down for a noise complaint, the Police Officer suggested that we get a permit, and the festival was born. We celebrate the creative spirit of Venice with annual free celebrations of music, art, dance, and literature along the boardwalk in the park at both Venice Beach Music Fest in August and Venice Spring Fling in May each year.

Tracii Guns who was willing to come out and perform this first year, and Andy Layman at Venice Beach Suites for his ongoing Sponsorship of the events every year. And my dear friend Mark Tucci, who helped us keep going in the middle years while we were growing and struggling to keep it moving forward.

“Put Your Good Where It will do the Most” by Ken Kesey told to me by Wavy Gravy. 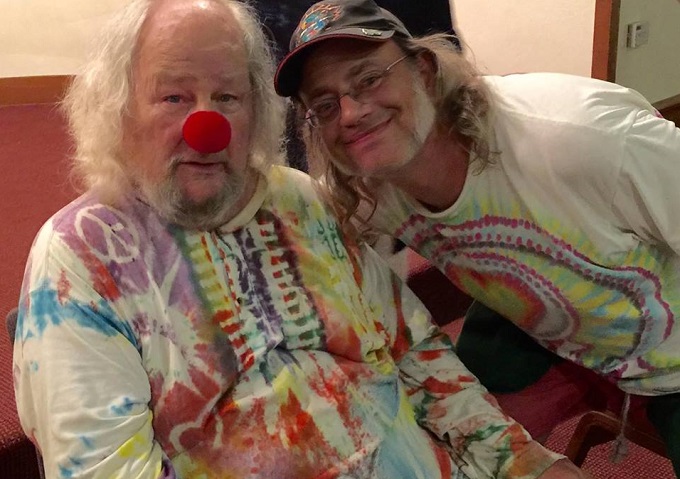 "Where we will live next and will be sad to have to end the festivals because we were driven out by gentrification." (Photo: Producer Milton Rosenberg  & the legendary Wavy Gravy)

Are there any memories from various Venice Beach Music Festivals which you’d like to share with us?

Many, Honored to have hosted Barry “The Fish” Melton, Greg Douglass, Banana, Tracii Guns, Insects vs the Robots, Chuck Dukowkski Sextet, Michael Hinton, Norwood fisher and Angelo Moore of Fishbone, Lili Haydn, Willie Chambers and his brothers Joe and George, Dylan Chambers, Steve Watts Band, and that is just a beginning of a musician list. We have been honored with the Fashion Show from Sweden by ArtQueeen, Numerous local and international artists, photographers, authors, and sculpture including Ra Ra SuperStar, Joel Harris, art by sky, Brian  Mylius, David Hinnebusch, Linda Kelly, Ann Cohen, and so many others. Loved when VinGLO brought Wavy Gravy and Jerry Garcia art to the art show.

What has been the relationship between music and poetry in your life?

They are core passions for me. I write and read poetry. And produce free music festivals as often as possible.

It grounds me and my emotions. It helps me be inspired and to feel. Often impacts the other creative works I make while I listen.

How has the ‘Beat’ Venice Beach counterculture influenced your views of the world and the journeys you’ve taken?

Chet Helms was friend and inspiration for continuing to create free festivals celebrating all the art forms. Ann Cohen and Oracle are recurring guests at the events. My wife told me we had become BEATS one day while looking at the painting of our friends performing at the Venice Beach Music Festival made at the festival by our dear friend Ann Cohen, widow of Allen Cohen of the Oracle. I have also been honored to meet and know some of the original Merry Pranksters and Neal’s daughter. All has influenced use strongly… On the Road is one of the core books that influenced my life. The Venice Beat Culture nurtures the festival and makes it a natural to continue the celebrations. 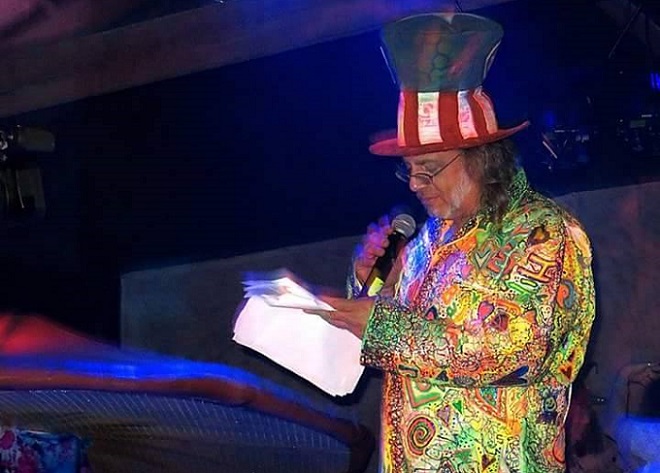 "I would go to the Acid Tests and be a prankster at La Honda all though I am having a great time with the Neo Pranksters and Merry Prankster revitalization that is going on now."

What are the lines that connect the legacy of Venice Beach era of ‘50-‘60 with music, dance, art and literature?

Directly, Barry “The Fish” Melton played Venice in 60s with County Joe and the Fish and that was part of why he has been a core part of the Venice Festivals of the years, I have the books about venice and the beats in the 50s and have studied the history. Venice has always been a creative place and we continue that tradition with our showcases of Art each year.

What were the reasons that made the Venice Beach to be the center of artistic, social and spiritual researches?

Used to be because it was a ghetto and cheap. And a Vortex of energy and people. Warm and Sunny at the beach does not hurt either… Abbot Kinney founded Venice to be a place of recreation and the arts from the very beginning of Venice.

What do you miss most nowadays from the Venice Beach of past?

Being able to stay and afford the rent. Afraid we will be driven out soon by the gentrification. Just looked at a house that was 900 sq feet and 1.5M doller… that is a big problem…

Where we will live next and will be sad to have to end the festivals because we were driven out by gentrification.

What is the impact of Venice Beach on the literary, and to the racial, political and socio-cultural implications? 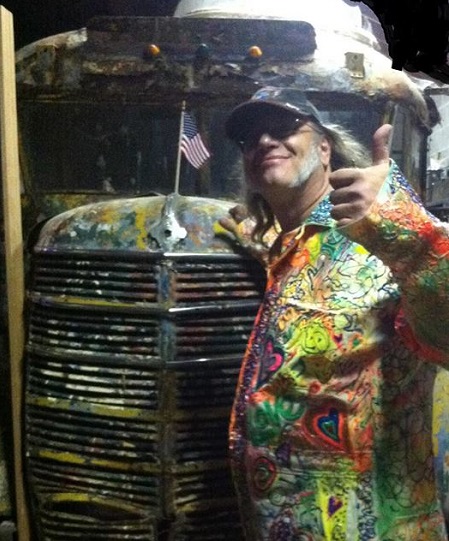 Still a Key bellweather for setting world trends. Working on a Rock The Vote! Concert right now to use art to get people to engage policy and work towards a better future.

"The Venice Beat Culture nurtures the festival and makes it a natural to continue the celebrations."

I would go to the Acid Tests and be a prankster at La Honda all though I am having a great time with the Neo Pranksters and Merry Prankster revitalization that is going on now.