Q&A with Italian-born blues and reggae guitarist Breezy Rodio, truly has the heart of an authentic bluesman

"I would say just be you. You play what you are. Music is the mirror of your soul. And that's so true!"

By any standard, Breezy Rodio’s blues odyssey has encompassed quite a few more miles than that of most up and coming musicians now working the competitive Chicago circuit. In 2007 Rodio joined the band of guitarist Linsey Alexander, known as “The Hoochie Man” to his many devoted fans. Breezy soon advanced to a band-leading role with Alexander’s outfit, the guitarist working on his 2010 album “If You Ain’t Got It”,” as well as Linsey’s two acclaimed Delmark albums, 2012’s “Been There Done That” and his most recent release in 2014, “Come Back Baby.” Rodio found time to do his own thing too, cutting his 2011 debut album “Playing My Game Too” with a stellar supporting cast that included guest guitarists Lurrie Bell, Rockin’ Johnny, and Dave Herrero and bassist Bob Stroger along with Alexander and Guy King. In 2015 Breezy released his second album, “So Close to It,” which obtained very favorable reviews from all corners of the map. It reached the number two spot nationwide in the Chicago Blues category on the Roots Music Report, the number one independent music chart worldwide. 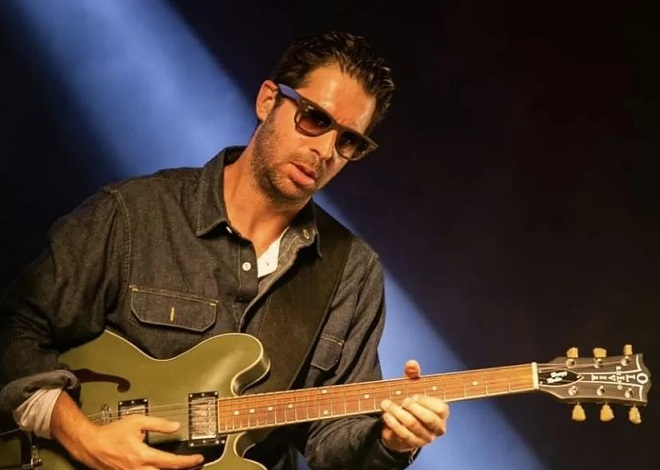 Breezy’s first Delmark Records album, “Sometimes The Blues Got Me,” sparkles throughout with clean guitar lines, masterfully played, and with plush, richly layered arrangements in which horns evoke the early orchestrations of T-Bone and B.B. Incorporating lump, swing, jump, early double shuffle, ballads and funk, the hard working, ambitious Breezy Rodio displays his mastery of the guitar while spanning the breadth of his interests, from 1940s jump blues to today’s funk-tinged urban blues. It sure seems that “The Blues” has got Breezy Rodio more than just ‘sometimes.’ It’s got him good. In 2019 Breezy released his second Delmark Records album “If It Ain’t Broke Don’t Fix It” receiving rave reviews all over the world. The album charted among the top fifty albums of the year (Living Blues Chart). In March 2022 Breezy got together with Texas guitar legend Anson Funderburgh and recorded his latest album “Underground Blues;” 14 originals of what Anson called “Chicago West Side Modern Blues.”

Well, I have quite a few gigs on my back now, nationally, and internationally and I have learned a few tricks along the way. My vision of music is still the same, please the audience but also please the music...and that ain't easy to do! But we are still here, still trying!

What musicians have continued to inspire your music? How do you want your music to affect people?

The main blues guys remain my biggest inspiration. There are a few new additions to my playlist, such as Barney Kessel, Bill Jennings and Herb Ellis. I find it fun to mix blues and jazz up. It's stimulating. On the new album you'll hear that.

Currently you’ve one release with Anson Funderburgh. How did that relationship come about? Do you have any interesting stories about the making of the new album Underground Blues?

I have always been a big fan of Anson. My friend Jose Ramirez introduced me to his manager and that's how it all started. Anson really loved the title track of the album...Underground Blues. And he started dancing on that song mimicking a robot. I wanted to film him but we kept it between us! 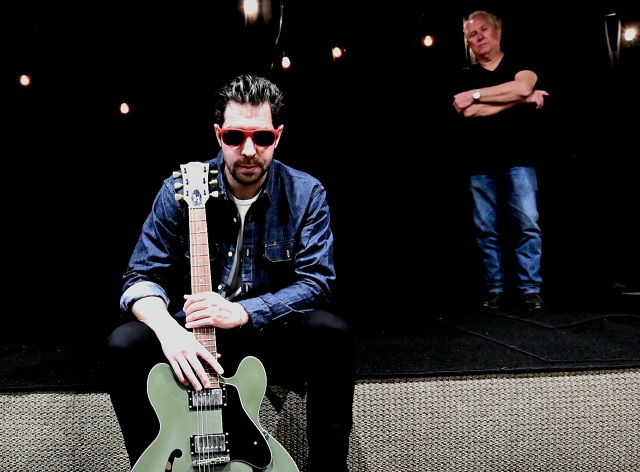 "The main blues guys remain my biggest inspiration. There are a few new additions to my playlist, such as Barney Kessel, Bill Jennings and Herb Ellis. I find it fun to mix blues and jazz up. It's stimulating. On the new album you'll hear that." (Breezy Rodio & Anson Funderburgh / Photo © by Rick Moore)

What has been the hardest obstacle for you to overcome as a person and has this helped you become a better blues musician?

Covid killed the industry. We are still recovering. That definitely didn't help. Also, It's hard to perform and get noticed when you mostly play originals... but without original music the blues will die...and unfortunately we are already leaning in that direction. I decided to take a bet and play mostly originals. I probably won't get rich or famous but at least I play me.

When you are helping a fellow musician...you are really helping yourself. We are a small community. We need to look out for ourselves. That's the key to survival in this business to me. Some folks don't see it like that, but I strongly believe in it.

Are there any memories from the late great Big Time Sarah which you’d like to share with us?

Big Time Sarah...I could write a book about her. I backed her up for years at Blue Chicago on Clark St. One funny thing...she would always ask me for $5 gas money...although she didn't drive. So one day I started asking first..."hey Sarah I need $5 to buy me some smokes". She would laugh and give me a dirty look. She was one of a kind. A true blues diva!

What's the balance in music between technique and soul? What do you think is key to a blues life well lived?

Good question...whatever reaches the audience I would say. I do have a very unorthodox technique on the guitar, most of which comes from the years with Guy King here in Chicago. I would say just be you. You play what you are. Music is the mirror of your soul. And that's so true!

I just play it lol! 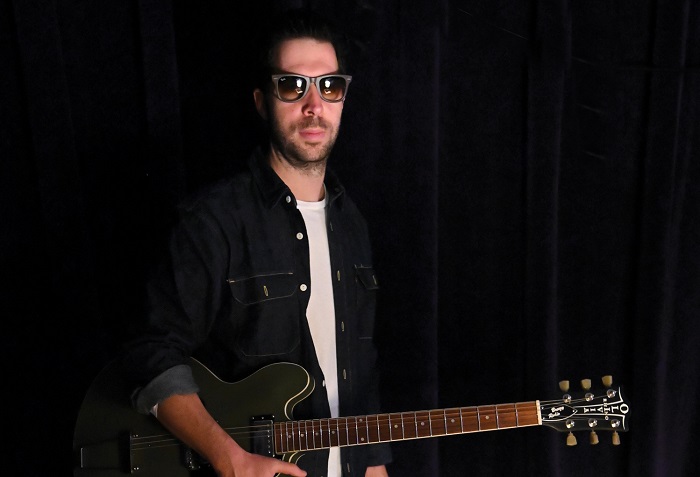