"I believe there are Irish, Jewish, Middle Eastern, Tibetan, Indo and Asian blues as much as there are Afro-American blues… It’s not about race or culture, it’s about truth and education."

Veteran bluesman Moondog (AlleyTyn) Blues is a Rockin' Blues A Billy Roll musician and luthier from New Zealand. Multi-talented plays guitars, harp and sings with a nocturnal freight train voice. The sound of the blues. An "innocent" Kiwi thats made a living outa mojo, a merciless guitar style and a busted out blues song. Based in Australia for the last 15 years, Moondog supporting the likes of Eugene ʻHideawayʼ Bridges, Jeff Lang, Chris Finnen, Jimmy Barnes, and others. In May 2011 shared the stage with Eric Bibb, The Mason Rack Band, Claude Hay, Phil Manning and more. 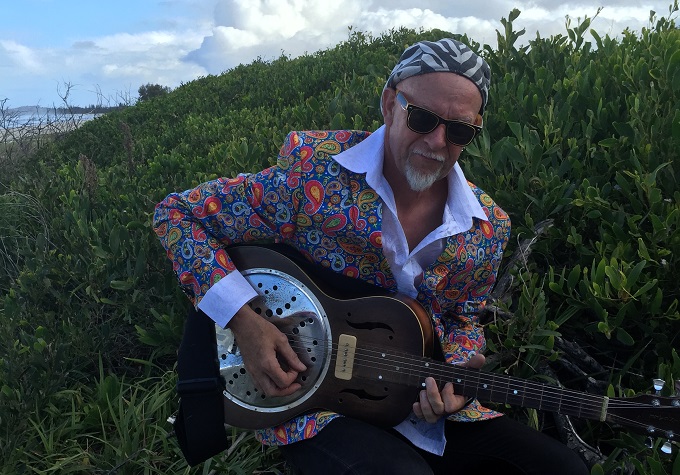 A dedicated blues man for 40+ years, Moondog starting out as a bass player, he now plays his guitar like one. His guitars are mostly metal, modestly abused. Featuring Moondogs AlleyTyn Guitars, Frankenslide (a custom made lap steel), an 80-year-old ‘Flo’ Nightingale and harp. Influences are John Entwhistle "A bass player is a catalyst", Lightnin' Hopkins, Rory Gallagher, Tom Waits and Neil Young. In performance Moondog is possessed, heartfelt and real. Blues is life, Such is Blues.

I was brought up in a family that believed that blues was about truth.

What were the reasons that you started the Blues researches and how do you describe your sound and songbook?

My Father and Mother always encouraged me to play, not just blues necessarily, but music in general. Style ...in a nutshell anything from Traditional Blues to Rock N Blues A Billy Roll!! In performance Moondog is Possessed… heartfelt and real. His guitars are mostly metal,...modestly abused. Featuring Moondogs AlleyTyn Guitars, Frankenslide a custom lapsteel, 80 year old ‘Flo’ Nightingale plus blues harp - the sound of the blues. A dedicated blues man for 40+ yrs MD started out as a bass player… he plays guitar like one, his blues harp, voice and songwriting the icing on the pumpkin. 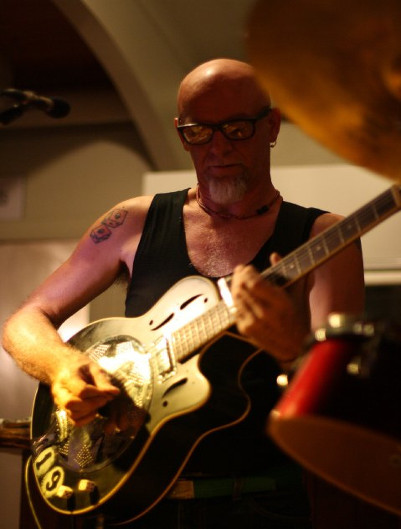 Too many great memories of the people I’ve been lucky enough to work with… my present direction owes a lot to Kate Le Jam who drummed and toured with me for 7 years… but the list is too long. Stand out gigs are very much the same… Narooma Festival 2013, Mitchell Creek Festival 2013, 14 and 15, Semaphore Workers Club Adelaide, Kerikeri Growers Market!… The little outback pubs where it seemed everybody for miles around made the often epic trip into town for the show...

"Blues is safe, always was and always will be."

I believe there are Irish, Jewish, Middle Eastern, Tibetan, Indo and Asian blues as much as there are Afro-American blues… It’s not about race or culture, it’s about truth and education.

You're also known for your AlleyTyn Guitars. How did your involvement with musical instruments begin and what made you get involved?

Many years ago a friend brought a cigar box guitar back to NZ from the USA…I played it and loved the concept, after playing it I built one of my own with what I had available…a biscuit tin… So I’ve been building them on and off for 35 or more years. In the last 4 or 5 years I’ve replaced my collection of Resonator guitars for live and studio work with biscuit tin instruments.

What characterise Moondogs AlleyTyn guitars philosophy? What are the secrets of your custom guitars?

I build guitars to be played hard and for a long me and reflect the personality or interests of the people I build them for. I get the name from the materials I prefer... Aluminum (Alley), Tin (Tyn) and Timber (Guitar). Secrets? Simple… I love building them and I love it when a customer is pleased with my work. Practically speaking though, I don’t build tins with necks attached I build a solid guitar with a tin around it. 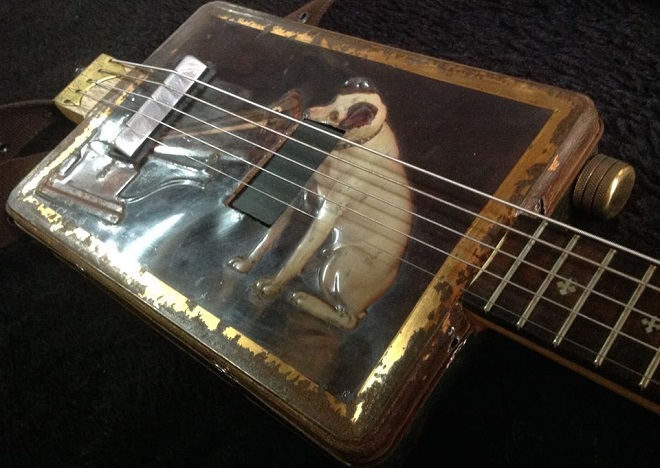 There are still people playing blues that to me feels like it has the same essence that I feel from the old blues that I love. When it still reflects the truth of peoples lives and loves and struggles and triumphs.

To me the Blues and travel are inseparable… I have moved around all my life and playing music in general and specifically Blues has been my livelihood, my passport and saved my life in some very real ways. So I have never really been involved in a ‘blues scene’ as such.

What are the lines that connect the legacy of Blues from United States and UK to Australia? 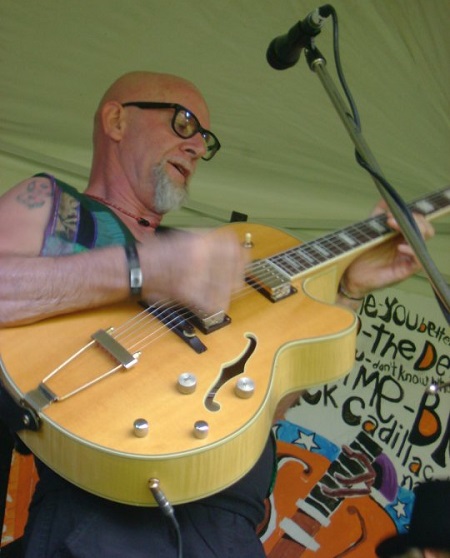 World wars, Korea and Viet Nam played a large part in spreading ‘modern blues’ as we know it… one of my own favorite guitars “Flo” Nightingale arrived in Australia with an American serviceman in the 40’s.

"I was brought up in a family that believed that blues was about truth."

I always get a kick out of seeing someone ‘discovering’ the blues for the first me.

I want to sit for a day talking with Lightning Hopkins and I want to pick up my Dad and Rory Gallagher on the way.