"Blues roots music is a communications tool that helps unite people of all nationalities, religions, and races by telling the stories of early 20th century African Americans."

The Piedmont Bluz acoustic duo (Valerie and Ben Turner) is dedicated to the preservation of Country Blues and the Piedmont style and their mission is to help keep this rural, east coast tradition alive by educating audiences about this unique aspect of African American culture through musical entertainment. The husband and wife duo feel that "there are stories to tell, people to remember, and things that must be said" so, in addition to tickling your ears with delightful music, they weave a bit of history into the presentation of each song. When asked about the authenticity of their music, the duo will quickly tell you, "We're not trying to preserve songs note for note or word for word. And we're not trying to sound like the original artists either, because that's already been done! We approach each piece from our own perspective and have no qualms about changing words or melodies to suit ourselves. Music is supposed to evolve and, even though we are helping to preserve it, we think we should also have the freedom to infuse it with our own personalities." Valerie Turner (guitar, spoons, banjo, vocals) is a native New Yorker with southern roots in Virginia and Georgia. She plays finger style Country Blues guitar which is a broad genre that includes blues, fiddle tunes, ballads, country and popular songs, ragtime, and gospel. She also dabbles with washboard and banjo. Valerie's eclectic repertoire has been greatly influenced by her studies with both John Cephas and Woody Mann, and her specialty is the Piedmont style which is a fingerpicking style, easily recognized by its alternating bass. Valerie’s guitar playing is reminiscent of traditional blues greats like Mississippi John Hurt, Etta Baker, and Elizabeth Cotton. Hailing from Trinidad, Ben Turner (washboard, bones, harmonica) keeps the beat by blending various washboard techniques into his own unique style. Ben has studied with Washboard Chaz of Louisiana fame as well as with Newman Taylor Baker of the Ebony Hillbillies. Inspired by these two talented percussionists, Ben created his own style using a variety of brushes and thimbles and is a perfect rhythmic accompaniment for Valerie's guitar. Occasionally, he also chimes in on bones or harp for added accents and his subtle touches add just the right amount of texture.

What do you learn about yourself from the blues roots culture and what does the blues mean to you?

Valerie: Blues songs reflect the life and times of African American people at a particular point in American history. Some of these songs are playful and fun, others are serious and sad. But collectively, they tell the stories of my grandparents and great-grandparents. It’s an important part of my heritage.

Ben: My ancestors created a meaningful way to express themselves during a less than ideal time in American history. The strength and resilience of their spirits inspire me.

How do you describe Piedmont Bluz Acoustic Duo sound and songbook? What characterize duet’s philosophy?

Valerie: It is our mission to help preserve Country Blues music and the Piedmont guitar style of fingerpicking. We do this through both performance and teaching workshops. Our sound and songbook reflect a wide cross-section of early blues artists, with a heavy emphasis on the Piedmont style.

Why did you think that the Country Blues and Piedmont style continues to generate such a devoted following?

Ben: It’s a warm music that tells the truth about the lives of African Americans during the early 20th century. The sound of the Piedmont style is infectious and there will always be an audience for it. 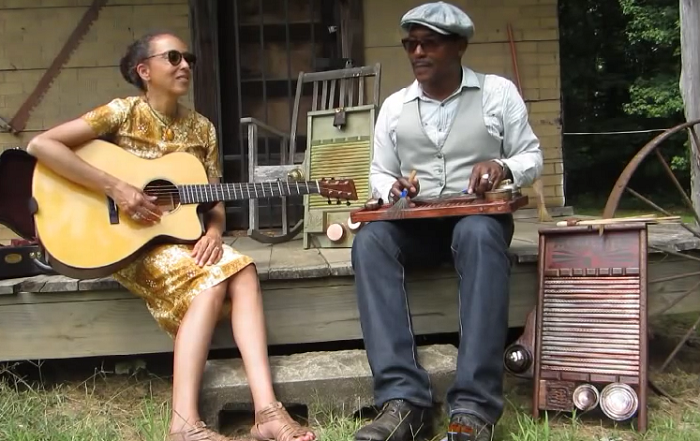 Valerie: Time spent with blues preservationists and folklorists like John Cephas and Woody Mann have been the most meaningful experiences for me because they both imparted the importance of keeping this music alive. The best advice I ever received came from Phil Wiggins, a world-renowned blues harp player and former music partner of John Cephas. Phil told me to be myself.

Ben: Meeting Newman Taylor Baker was a pivotal point in learning to play the washboard. His style and approach made a huge impression on me. The best advice I received came from Reggie Ferguson (aka A.R.) who told me, “keep doing what you’re doing.” Both Reggie and Newman play washboard from time to time with the Ebony Hillbillies, a local string band.

Valerie: I miss the casual, comfortable ease with which people used to get together to play and enjoy homemade music. People have so many entertainment options these days that playing music together is no longer the norm. I hope that interest in playing musical instruments will have a revival and that it will again be a commonplace occurrence in the home.

Ben: I miss the authenticity of the music. No one plays it like the original artists! My hope is that more African American musicians will embrace this important part of our heritage and help carry it forward to the next generation. 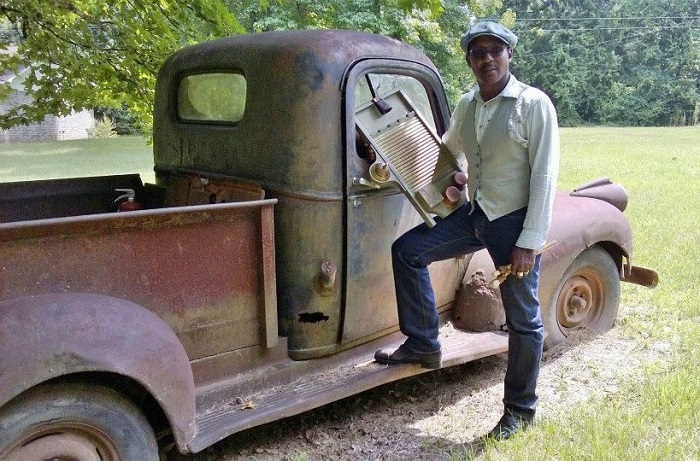 "It’s (Country Blues) a warm music that tells the truth about the lives of African Americans during the early 20th century. The sound of the Piedmont style is infectious and there will always be an audience for it."

Valerie: If I could change one thing in the music industry, there would be more value placed on musicians that actually sing and play instruments as opposed to artists and music that are digitally enhanced.

Ben: If I could change one thing in the music world, the industry would give more attention to roots music. It seems that pop music always takes the main stage, and this is a shame because there is a lot of beauty in roots music that some audiences are missing out on.

What are the lines that connect the legacy of Blues with Ragtime, Gospel, Country, African & Caribbean music?

Valerie: I’m not sure about Country music, but the others all have their root in the African people that were forced to migrate to North, Central, and South America as well as the Caribbean beginning in the early 17th century.

Ben: With the exception of Country music, African rhythms tie all of these genres together.

Commonly you have used various improvised musical instruments. Would you tell a little bit about that? 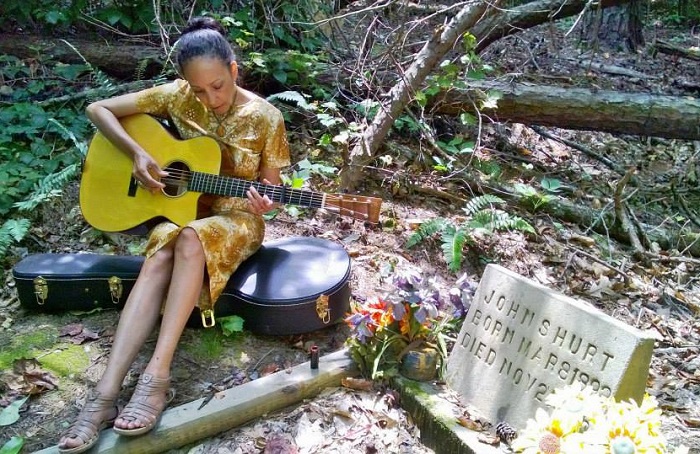 "I miss the casual, comfortable ease with which people used to get together to play and enjoy homemade music. People have so many entertainment options these days that playing music together is no longer the norm."

Valerie: Years ago, I saw Gaye Adegbalola perform with her all-woman blues group, Saffire. It was both a revelation and an inspiration. I’ve heard that blues guitar is a “man’s world” but, these days, I really try not to look at it that way.

What is the impact of Blues Roots music and culture to the racial, political and socio-cultural implications?

Valerie: Blues roots music is a communications tool that helps unite people of all nationalities, religions, and races by telling the stories of early 20th century African Americans.

Ben: Music always brings people together, and I think roots music does this best.

Valerie: If I could go back in time for a day, I’d probably want to visit Mississippi John Hurt, sit with him, talk, and play a bit of music together. I recently visited his home and gravesite in the Mississippi Delta. His home has been turned into a lovely museum.

Ben: If I could take a trip with a time machine, I guess I’d want to visit Washboard Sam in Arkansas because he was an early blues washboard pioneer. 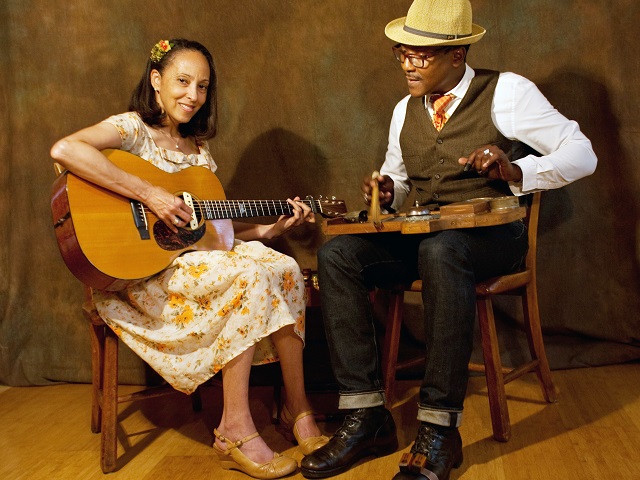