“Music is and always will the universal language and if people take the time to listen and to truly hear, there will greater understand and compassion for the differences between us. Peace.”

Myles Goodwyn: A Friend Of The Blues

Singer, guitarist, writer, producer and leader of the band April Wine, Myles Goodwyn’s passion and drive shaped and directed the group from its earliest beginnings. He is the only remaining original member of the group since the inception of April Wine in 1969. In 2016 his autobiography, Just Between You and Me, was released. Goodwyn grew up poor and is the classic “small-town kid makes good” success story. As a young teen, Goodwyn honed his skills, playing in bands such as East Gate Sanctuary and Woody’s Termites. From the very beginning, Goodwyn plotted the course of the band. His unique but classic rock voice gives April Wine a distinct and immediately recognizable sound. Ranging from hard rock classics to soulful ballads, his vocal range and style can really grab a hold of you. His songwriting skills are prolific.               Myles Goodwyn - Photo by Darren Lulka 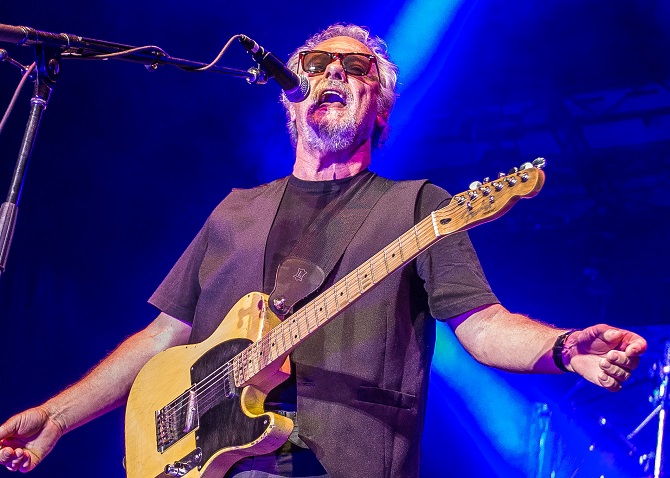 He has penned virtually every April Wine song. He has a knack with words and seems to have an ability to write a catchy tune at will. Through the ups and downs and changing faces of the band, the one thing that has remained constant is Myles Goodwyn. Even today and with their latest release and shift in direction, his voice is as strong and apparent as ever. Now in its fourth decade, April Wine continues to charge ahead as one of Canada’s very best rock bands. And as far as rock history goes, Myles Goodwyn is already a living legend (especially in the annals of Canadian rock history), being known as one of the all-time greats. In Just Between You and Me, Goodwyn shares the story of his upbringing, first at home in rural New Brunswick and then in the music business as the lead singer of one of Canada’s most popular bands ever, April Wine. Legendary Canadian guitarist and songwriter, cooks up a heady blues brew on “Friends of the Blues 2” (Release Day: October 25th, 2019). Myles Goodwyn's new album has 13 original songs written by Goodwyn and a cover of “All Over Now” by Bobby Womack. As with the first "Friends Of The Blues" (2018) album, the new one features a supporting cast of the “who’s who” on the Canadian blues music scene, including Jack de Keyzer, Kenny “Blues Boss” Wayne, Warren Robert, Ross Billard, Bruce Dixon, JR Smith, Matt Andersen, Mike "Shrimp Daddy" Reid, Jack Semple, Sherman "Tank" Doucette, Joe Murphy, Bill Stevenson, Will Van Hansolo, Steve Segal, Angel Forrest, and more.

Music of all forms and styles have always had an influence on me. Country music when I was quite young living at home, to the British Invasion in my teens. I discovered the blues in the late 60's and big influence on my appreciation of the blues was and is Taj Mahal. Taj is a great singer, songwriter and musician, one of the best Also, BB King, Muddy Waters were great blues men of course, and had great blues tunes and I'm a song man first and foremost.

Through my two blues project I've learned to use my voice a different way. In April Wine I generally sing much higher in range, not so with the blues. My "blues voice" is lower, with more attention to feel than ever before in my opinion. I'm comfortable in this new register and I believe I can sing this way for many years. For me the blues means experiences, blues is a state of mind.

What were the reasons that you started the Blues researches? What touched (emotionally) you? I started writing and recording after a near death experience in 2007.

It became a passion and so I followed through. I love the personal connection with the blues. I relate whether it's sad, happy, humours or otherwise. Like I say, blues is state of mind and it's intimate and still, it can be shared.

"Blues is all things human and real." (Photo: Myles Goodwyn)

How do you describe "Myles Goodwyn And Friends of the Blues 2" songbook and sound?

The songbook has variety and it's musically picturesque. I like that the songs are stories or narratives containing a range of emotions and images and language. And I love humour in the blues as obvious with songs like Fish Tank Blues and I'll Hate You Till Death Do Us Part.

There are so many stories but opening for the Rolling Stones several times back in 1977, heads the list.

What was the hardest part of writing your autobiography, Just Between You and Me? How do you want it to affect people?

The hardest parts were remembering personal tragedies like my Mother dying so young, how that affected my Dad, my brothers and I. It was also hard to address certain situations that were hurtful to others because of my selfishness. Self-awareness can sometimes be very painful...I took months off from writing Just Between You and Me when I became overwhelmed with the hurt and sadness of certain events...it can also be a worthwhile because it can mean clarity, understanding and forgiveness for ourselves and others.

What would you say characterizes your solo work in comparison to other previous albums with April Wine?

To be successful in the music business, as in any business, you must work very hard, be positive and never give up.

Meeting and spending some time with blues guitar great, Hubert Sumlin was very special. He was a kind and generous gentleman. 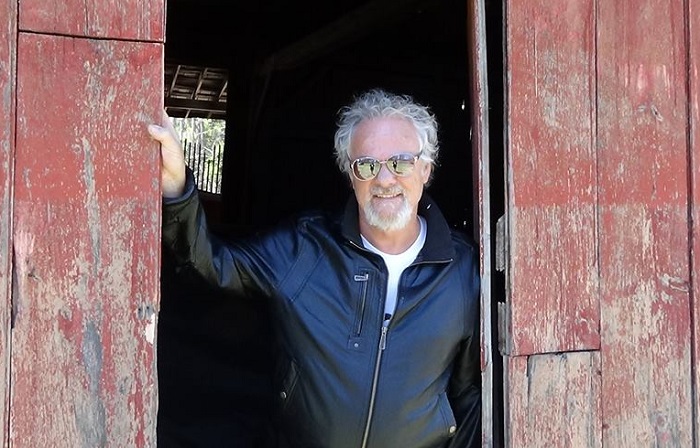 "To be successful in the music business, as in any business, you must work very hard, be positive and never give up." (Photo: Singer, guitarist, writer, producer and leader of April Wine, Myles Goodwyn)

As far as the future of the blues goes, in terms of recording, I hope that is will always be interesting and fresh.

What touched (emotionally) you from the vintage guitars? What was the hardest part of writing your memoir?

The hardest part of writing my memoir was writing about the death of my mother when I was 11 and how that affected my Dad, brothers and I.

More love and respect for musicians from the "suits" that control the industry.

Music is and always will the universal language and if people take the time to listen and to truly hear, there will greater understand and compassion for the differences between us. Peace.

Blues is all things human and real.

A beach with palm trees and crystal-clear waters.