Talking with artist Gavin Mayhew about music and colors: New blues is often inspired by the old blues

"Art and music are often interlinked. When listening to certain music you can sense the colors and mood of the piece."

Gavin Mayhew: The sound of Artophone

Gavin Mayhew is an artist based in Westgate, Weardale, Co. Durham. Originally an art teacher, he left full time teaching to pursue his own artistic aspirations. His schizophrenic repertoire of work ranges from the depiction of movement in dance, music, sport and nature to his ‘dark side’, a gruesome array of Gothic humor mirroring life, politics, war, pollution, death and all that stuff. As well as exhibition and mural work, he run an adult art club/class and regular life drawing classes, he teach art A level night classes at Wolsingham Community College and have worked as a part-time lecturer in art/craft for Community Education at Bishop Auckland College. 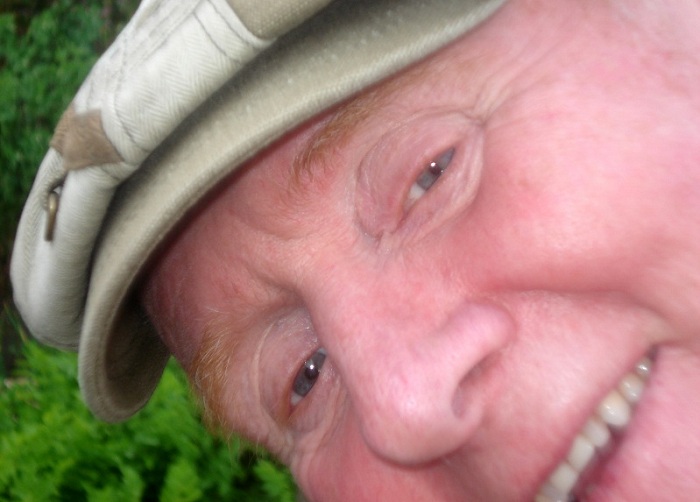 He have also organized art workshops for school projects, drug rehabilitation classes, youth projects (including summer schools) and art/craft for students with physical and learning difficulties. In 1992 he was chosen to represent County Durham in their cultural exchange scheme which resulted in two exhibitions staged in Germany.

Following two successful exhibitions in the U.S.A. in February, 1999 he was invited back to the States to show his paintings in the twin county of Durham, North Carolina in August, 2000. Also he was chosen to represent county Durham at the Municipality of Royvas Painting Festival, Crete, Greece in August, 2006. His work has been commissioned both home and abroad and has been featured on the Tyne Tees Television programme, ‘Dales Diary’. He have gained a number of regional awards for art projects and teaching.

When was your first desire to become involved in the painting?

What does “Art” and “Music” offered you? What do you learn about yourself from the colors and the music?

Art and music are often interlinked. When listening to certain music you can sense the colors and mood of the piece.

What characterize Gavin Mayhew’s work & progress, how do you describe your philosophy about the ART? 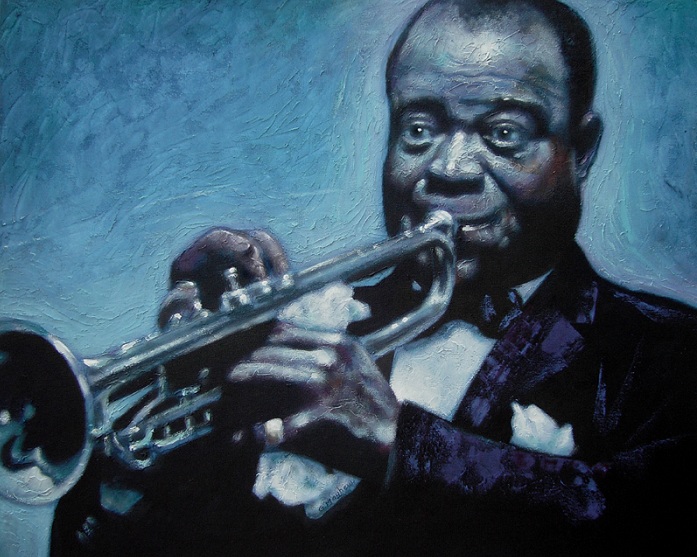 What first attracted you to the Blues & Jazz music and how has changed your life?

It hasn’t changed my life but it has helped to change the approach to how I perceive my art.

You have pretty interesting project with musicians. Where did you get that idea?

The idea originally came to me when I was working on an art project in Germany. While walking the narrow cobbled streets of Tübingen, I heard this amazing mellow sound drifting through the air. When I tracked the source I found it was coming from an unusually dressed sax player that was rocking too and fro like in a trance as he played his instrument. It has inspired me ever since

Some music styles can be fads but the blues & jazz is always with us. Why do think that is?

It’s in the soul

I’m still working on it

What kind of music you hear when you are on progress? 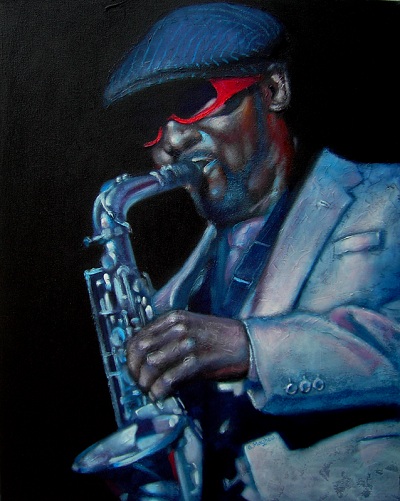 I usually play soul music to get me I the mood

I’m usually too busy concentrating to smile. I save that for after.

What is it that draws (inspiration) you to paint an artist? To whom you would like to donate one of their paintings?

If I could find the French sax player that originally inspired me I’d give him any painting he fancied. I would also love to do a large portrait of the guy playing his music.

What is your painting DREAM? Which of historical music personalities would you like to meet and drew?

If not for their political views I would have liked to learn from the Italian Futurists.

New blues is often inspired by the old blues.

I love Greece and its people and return as often as I can. There is a large mural in a mountain village in Crete that I worked on during a summer festival a few years ago, so I feel that I have left my mark there. I have also made many friends in Kefalonia where I regularly return in an arty capacity. 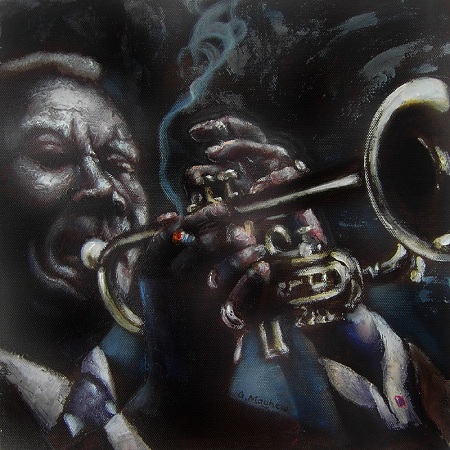 I keep going back to the sax player in paintings and drawings. I would like to do a large piece that encapsulates the whole experience with background sax music to echo the feel of the painting.