An Interview with Thomas J. Cullen III, an active member and mainstay of the Blues legacy and mystique

Willie Dixon said two important things: “The Blues are the facts of life” and “Blues is the roots and everything else is the fruits.”

Thomas Cullen is co-founder and director of Bucks County Blues Society; was written by long-time contributor editor of Blues Revue magazine; and remains as one of the most active members of the global blues community. Thomas is not just a friend of the blues, but a hard-working music lover. He has the soul of a bluesman and is a mainstay of the blues mystique. BCBS was founded in July 1977 by Tom Cullen and Lou Wolfenson, two ex-Philadelphians who settled in Bucks County, and by lifelong Levittowner Alex Hastie. 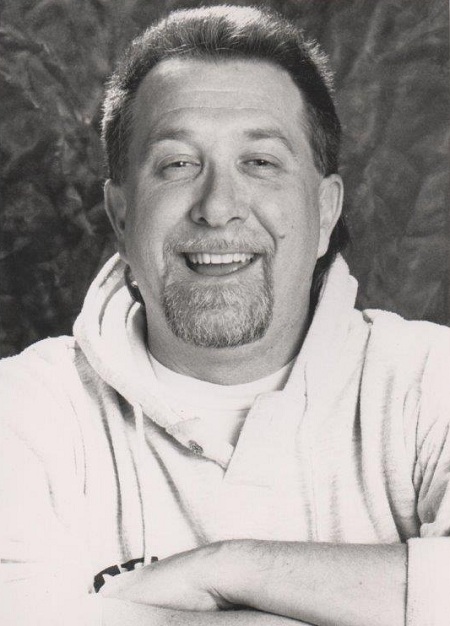 BCBS is the second oldest blues society in the world. BCBS has donated hundreds of blues-related books, CDs, and DVDs to the main branch of the Bucks County Library in Levittown. In 1980 the Pennsylvania House of Representatives awarded two citations to BCBS in recognition of our efforts in presenting and preserving the blues. BCBS received the prestigious "Keeping the Blues Alive" award from the Blues Foundation in Memphis in 1983 and 2002 for best blues organization. Additionally, Tom Cullen received the award in 1993 for his work in public radio. Thomas is recognized as an ambassador of Pennsylvania Blues Hall of Fame. All these years had the chance to experience all the great bluesmen and have a friendly relationship.

When was your first desire to become involved in the Blues and how describe Thomas music philosophy?

When I was 15 (1965) me and some neighborhood friends formed a garage band, The Iron Gate. We were together for a few years; played all over the Philadelphia area, and cut a collector's item 45 titled “Feelin' Bad” on the Marbel label (you can check it out on youtube). Toward the end of our run we were covering soul and blues artists. During college I was in several short-lived blues-rock bands, the best known was Cherry Blue. I started writing for Living Blues in 1973 and went on to write for other magazines and various blues society newsletters. I've been with Blues Revue since 1994. Started the Bucks County Blues Society with two softball buddies,  Alex Hastie and Lou Wolfenson, in 1977. I was on the radio for 15 years with blues, soul, and rockabilly programs. Since I first heard the blues as a boy from my father's 78s, I've been a blues lifer.

“The Blues” means a number of things. I've got big ears and the Bucks County Blues is a big tent. As long as it is blues-related roots Americana, it has a place on the BCBS stage. The best lesson: keep it real. 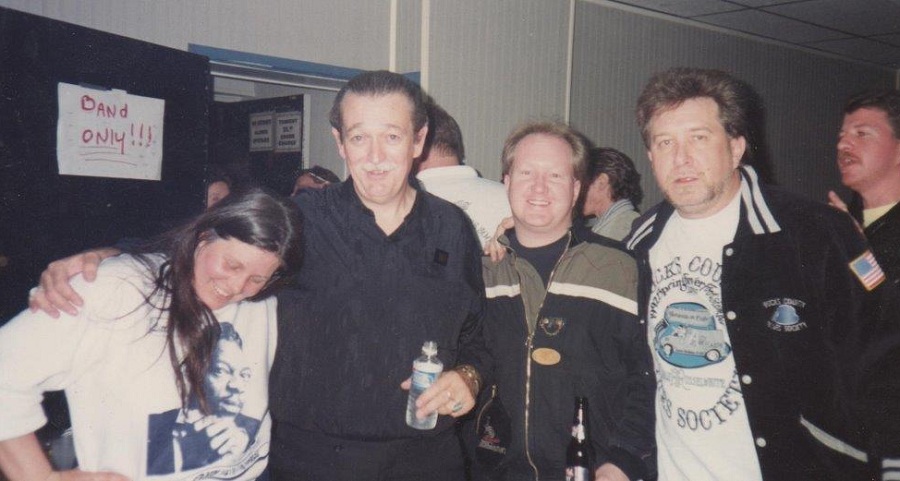 Don't know about secrets of a gossipy nature. Although we had some experience with music production as performers and fans, we learned by observing and then by doing and by assembling a crack team of stage and production personnel. I mostly talked music and musicians with the artists which has helped me sharpen my built-in bullshit detector. There are some great storytellers like James Harman and Charlie Musselwhite who have told me a few interesting tales of the old days which I dare not repeat!

I've been lucky to have many great moments in different aspects of my blues life. As a concert producer I've been able to present my heroes like Muddy Waters, John Lee Hooker, Willie Dixon, John Hammond, Charlie Musselwhite, and Rod Piazza to name a few. The worst would be shows that lost money despite being artistic successes; fortunately, there haven't been many in 36 years. William Clarke's untimely death deeply saddened me. He was my friend.  A terrible loss for the blues. BCBS presented him three times.

Most interesting period of my life? My wife Maureen and I raising our children (Tom 29, Caitlin 27, and Siobhan 25) would qualify for many reasons, most of which is being a parent is 24 hour a day guard duty! But they're all college grads who love music and art as well as hipsters in their own way like their old man. 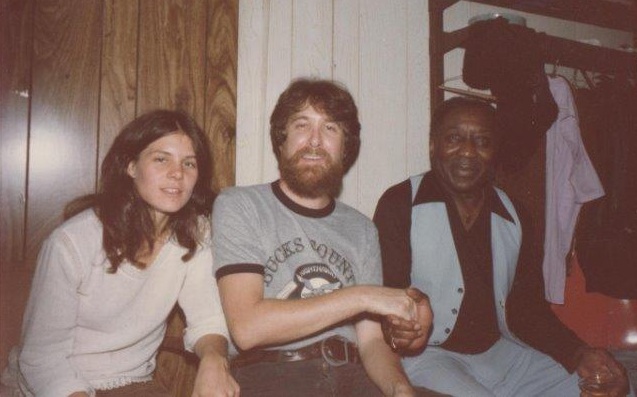 What experiences in life make someone a Bluesman?

On the sad side: suffering deprivation or loss, loneliness, self-doubt, and having the fortitude to endure, to bend and not to break. On the happy to be alive side: experiencing love (romantic and sexual) and its attendant joy and the jubilation of good luck. Always performed with soul regardless of the content.

Which memory from Blues Revue magazines you smile?

My interview with Ray Charles in 1996, supposedly his first extensive interview to focus on the blues. I'm proud that I was able to make him laugh. My recent interviews with Charlie Musselwhite and Rod Piazza. My former “Soul Patrol” column which ran in Blues Revue for several years in the 1990s.

I was fortunate to meet and hang out with Magic Sam in August of 1969. Interviewing Willie Dixon in his hotel room in February of 1974. Picking up Albert Collins (1978) and Muddy Waters (1979) at the Philadelphia airport for BCBS shows. Partying with the late, great Canadian harmonica player King Biscuit Boy (a.k.a. Richard Newell) in his room at a New York City fleabag hotel after he opened for a revamped Electric Flag at the Bottom Line in September of 1974. Hanging backstage with the original J. Geils Band in Philadelphia and Wilmington, Delaware in the winter of 1972. Seeing the original Electric Flag at the Trauma in Philly, March of 1968. There are many more. 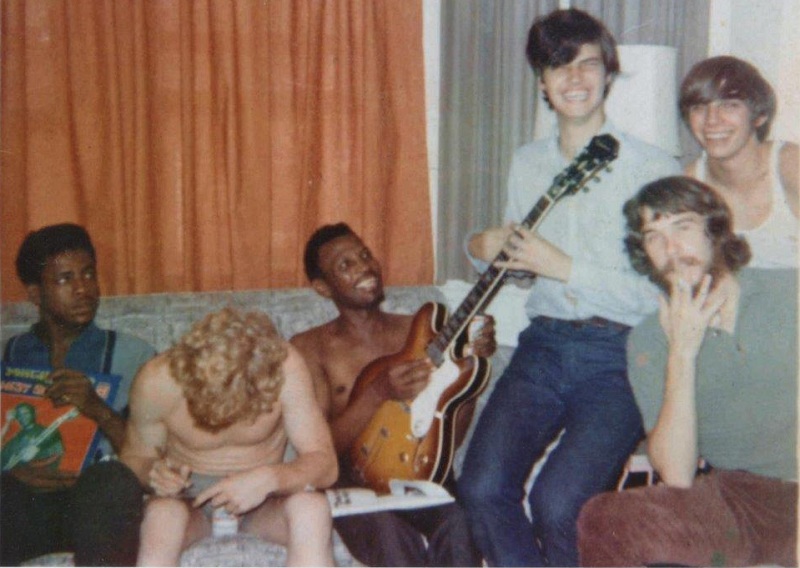 Magic Sam and band hanging out with Tom Cullen (beard) and friends, 1969

Son Seals: “Don't ever pay the band leader in front of other people.”

Many artists over the years have praised and thanked me as a writer and BCBS as an organization. Here's a recent quote from Little Charlie Baty about BCBS: “You guys set the standard for blues societies and you'll always be tops in my book.” Eddy Clearwater said this about BCBS in 1987: “...and if anyone asks you, tell them Eddy Clearwater said, 'a party THAT IS A PARTY is a Bucks County Blues Society party. Now that's what it is!'”

Of all the people you’ve meet, who do you admire the most? Which meetings have been the biggest experiences for you?

For non-performers one of  my main heroes is Bob Koester of Delmark Records; I learned much in the few hours I've spent in his presence. He told me that “not all musicians play an instrument.” That one statement affirmed me being a fan. He also released some of the finest blues albums of all time. I only spoke to him once on the phone and exchanged a few letters, but the great blues writer and producer Pete Welding inspired me to write about blues; it was his liner notes for Paul Butterfield's debut album that did the trick. I am sorry that I never met him. As far as being a writer, without Pete Welding there is no me. Two others are Living Blues founder Jim O'Neal who gave me a shot as a reviewer 40 years ago and Alligator Records' Bruce Iglauer who helped BCBS book Son Seals and Albert Collins for their first Philadelphia area performances and for releasing a large number of exceptional albums. When my wife and I first visited Chicago in 1978 Bruce let us stay at his house. Finally, my late father who was a major jazz and jump blues fan. For performers I have the gracious gentle giant Willie Dixon at the top of the list; he was the first artist I ever interviewed. He headlined the BCBS Fifth Anniversary show in 1982. One can never overstate Willie Dixon's importance to the blues. When he died a giant fell off the Earth. Eddie Shaw is always good company as are L'il Ed Williams, Eddy Clearwater, Otis Clay, and so many others. Consistency of feeling in the singing and playing. Willie Dixon said two important things: “The Blues are the facts of life” and “Blues is the roots and everything else is the fruits.” Those quotes sum it up nicely.

Make an account of the case of the Blues nowadays. What characterize the “New Blues”?

Not exactly sure who qualifies as “New Blues.” If “new” means “younger,” then Kilborn Alley Blues Band is a good example of a group who does all originals, but originals clearly rooted in the blues with some soul and even country influences.

What's the legacy of Blues in world culture and civilization?

America's musical gift to the world along with jazz, rock, and all forms of Roots Americana.

Tell me a few things about the Bucks County Blues Society, how that came about?

Bucks County Blues Society was formed in July of 1977 by softball buddies Tom Cullen, Alex Hastie, and Lou Wolfenson to support our teams with the proceeds from live blues concerts. Our inaugural show featured James Cotton, which gave us instant credibility. Wolfenson left BCBS in 1979 to pursue other interests; he currently resides in Florida. BCBS has never wavered from our mission statement to preserve and present the blues. Since we are the second oldest blues society in North America (Santa Barbara is first by a few months), our resume of shows is extensive. We are proud that we were able to present legends like Muddy Waters, John Lee Hooker, and Professor Longhair (his only blues society performance) all in 1979. We are committed to bringing performers to the area for the first time. A short list includes Albert Collins, Son Seals, Little Charlie & the Nightcats, Rod Piazza, Toronzo Cannon, James Harman among others. The Philadelphia area scene is adequate at best. Venues in Bucks County are scant even though we have three top notch harmonica bands based in Bucks: Steve Guyger & the Excellos, Mikey Jr. & the Stone Cold Blues, and Mike Mettalia & Midnight Shift. 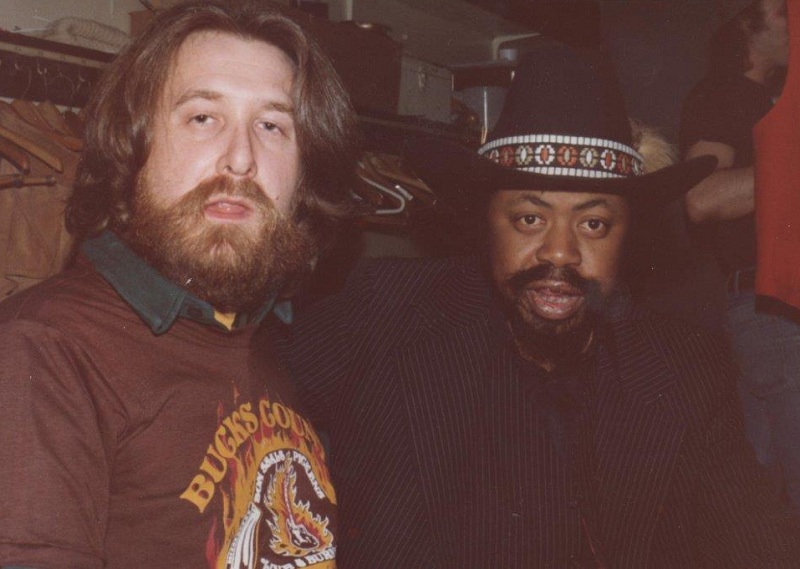 What is the “feeling” you miss most nowadays from 20s - 50s Blues era?

Fewer venues, fewer tours, many great ones who have died.

What is the common lines that connect the legacy of Leadbelly with Muddy and continue to SRV and beyond?

As I say before, Willie Dixon said two important things: “The Blues are the facts of life” and “Blues is the roots and everything else is the fruits.”

What from your memories and things (records, photos, etc.) you would put in a "capsule on time"?

Most of my record collection, BCBS items like T-Shirts, hats, etc. All my writings on the blues. Plenty of pictures with some of my blues friends. 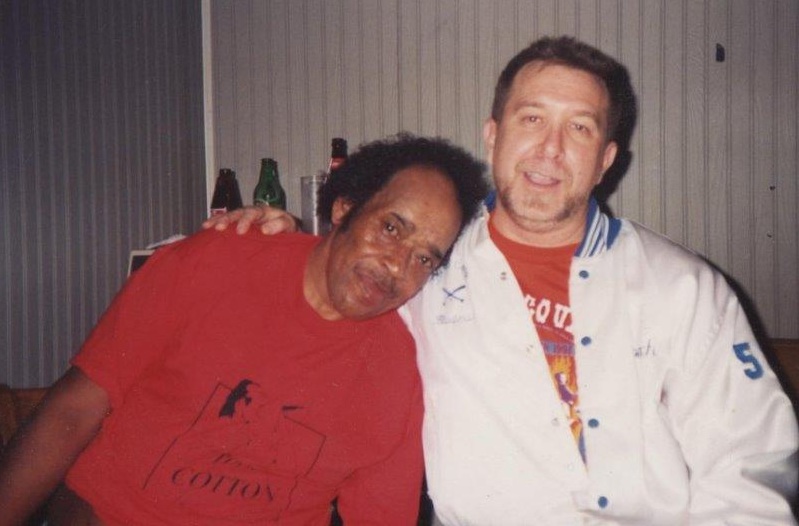