Mac Arnold must have known at an early age that his music career would read like a “Who’s who” of Blues/R&B Legends. His high school band “J Floyd & The Shamrocks” were often joined by none other than Macon, Georgia native, James Brown on piano. After deciding to pursue a professional music career, he joined the Charles Miller group until 1965 when he made the move to Chicago to work with recording artist/saxophonist A. C. Reed. 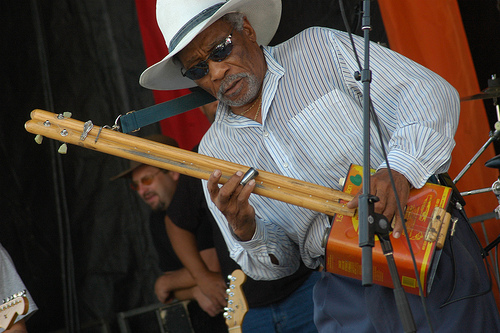 In late 1966, at age 24, came the opportunity of a lifetime to join the Muddy Waters Band and help shape the electric blues sound that inspired the rock and roll movement of the late 60’s and early 70’s. Regular guests of the band included Eric Clapton, Paul Butterfield, Mike Bloomfield, and Elvin Bishop. The Muddy Waters Band (as a unit) shared the stage with the likes of Howlin’ Wolfe, Elmore James, Jimmy Reed, Junior Wells, Big Joe Williams, and Big Mama Thornton just to name a few. During this time, Mac played on John Lee Hooker’s “live “album, Live at the Café Au Go-Go, as well as Otis Spann’s classic recording “The Blues is Where It’s At”.
After more than a year with Muddy Waters, Mac formed the Soul Invaders which backed up many artists, including The Temptations and B. B. King. In the early 70’s, he moved Los Angeles to work at ABC Television and LAFF RECORDS (Redd Foxx). This led to working on the set of Soul Train from 1971 to 1975 and then working with Bill Withers (“Lean On Me”) before moving back to South Carolina in the 80”s.
Mac now resides in Pelzer, SC, where at the age of ten he got his first taste of the blues when he learned to play his brother Leroy’s home-made guitar. Going back to his roots. Mac is serving up a mess of Blues with his own band, “Mac Arnold & Plate Full O’ Blues”.

Mr. Arnold, when was your first desire to become involved in the blues & who were your first idols?
I decided to start playing blues at the age of 10. My first idol was my brother Leroy.

First gig I went to was Bryson High School. First song “I Got A Woman Way Across Town” by Ray Charles. "Blues is the basics of all and the heart and soul of everyday routine."

How has the music business changed over the years since you first started in music?
Blues has not changed that much.

What are some of the most memorable gigs and jams you've had?
Getting a chance to play with Muddy Waters, John Lee Hooker, Little Johnny Taylor, Little Milton Campbell, Jimmy Reid, Howlin’ Wolf, Big Joe Williams, Big Mama Thorton, Jimmy Hendricks, Otis Redding, AC Reed, Otis Spann and many, many others. 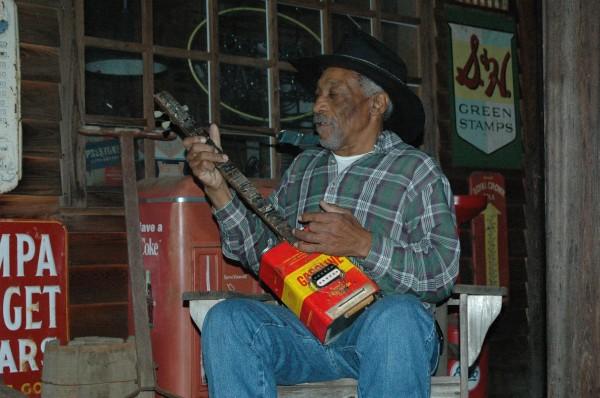 "I would spend more time educating school kids about music."

Why did you think that Mac Arnold continues to generate such a devoted following?
I feel I’m the real deal in blues.

What does Blues offered you & what do you learn about yourself from the blues?
Blues offer me the opportunity to be true to myself.

What kind of guys were Muddy, Otis Spann and AC Reed?
All 3 of these guys were real gentlemen.

Are there any memories from John lee Hooker which you’d like to share with us?
John Lee was one of the real blues legend, always sharp and loved himself some ladies. 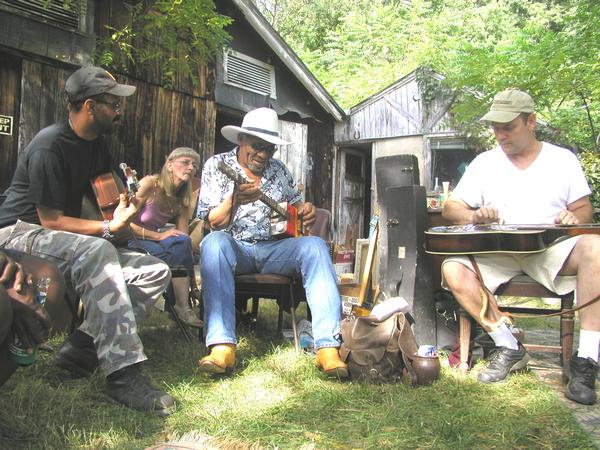 I wonder if you could tell me a few things about your experience with Muddy Waters Band?
We traveled coast to coast in Muddy’s 1965 cadillac and Muddy always treated us all like we was part of his family.

Do you have any amusing tales to tell from studio with AC Reed and Otis Spann?
With AC Reed he loved doing his things his way and was an amazing sax player. Otis Spann never had very much speech, but he spoke from his fingers. Very good piano player.

Of all the people you’ve meeting with, who do you admire the most?
I influenced by all of them. 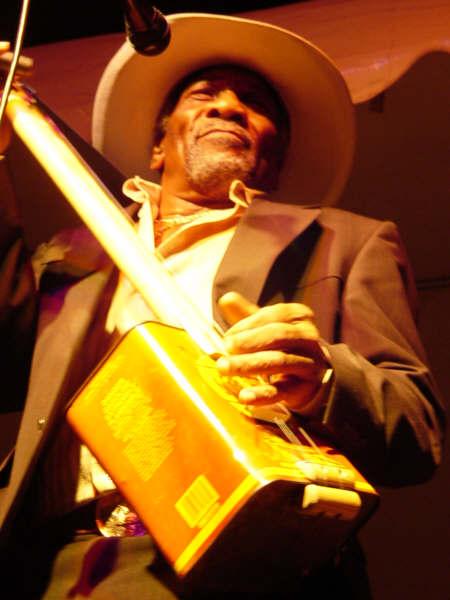 Which of historical blues personalities would you like to meet?
I have met about everyone.

Which of the people you have worked with do you consider the best friend?
Bob Margolin

From whom have you have learned the most secrets about blues music?
Albert King and BB King

What are the secrets of homemade gas can guitar & what characterize the sound this guitar?
There is really no secret. The creation came from desperation and the sound is amazing, same as a regular guitar.

What do you think about the MODERN BLUES & how close are to the BLUES of Muddy & Wolf?
I don’t play Modern Blues... Modern Blues is a rebirth of Muddy Waters and Howlin Wolf.

Would you mind telling me your most vivid memory from Soul Invaders & Soul Train?
Just being there was exciting and I don’t think there will be another show like that one.

Are there any memories of all GREAT BLUESMEN you met which you’d like to share with us?
Little Milton and Albert King didn’t get along too well and I use to get a kick out of seeing them carry on in the dressing room at gigs.

Any comments about your experiences with your own band Plate Full O’ Blues?
I guess I can say I’m the luckiest man that has ever put a band together. We have not made the BIG TIME as far as I’m concerned, but we play hard and have stuck together for 8 years….same musicians.

What turns you on? Happiness is……
When Mac Arnold & Plate Full O’ Blues hit the stage…now that’s happinest. 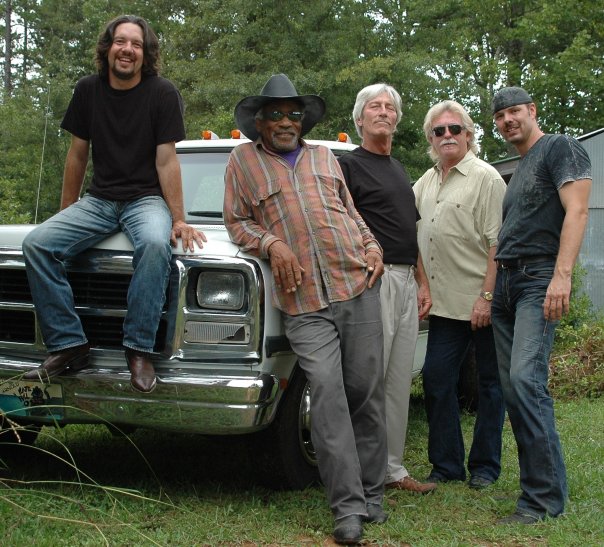 Which is the most interesting period in blues scene and why?
Annual Blues Music Awards. We get to meet & greet out fellow entertainers.

Some music styles can be fads but the blues is always with us. Why do think that is?
Blues is the basics of all and the heart and soul of everyday routine.

What do you feel is the key to your success as a bluesman?

Rehearsing and playing the blues the way it should be.

The old styles that came from plantation around the USA. 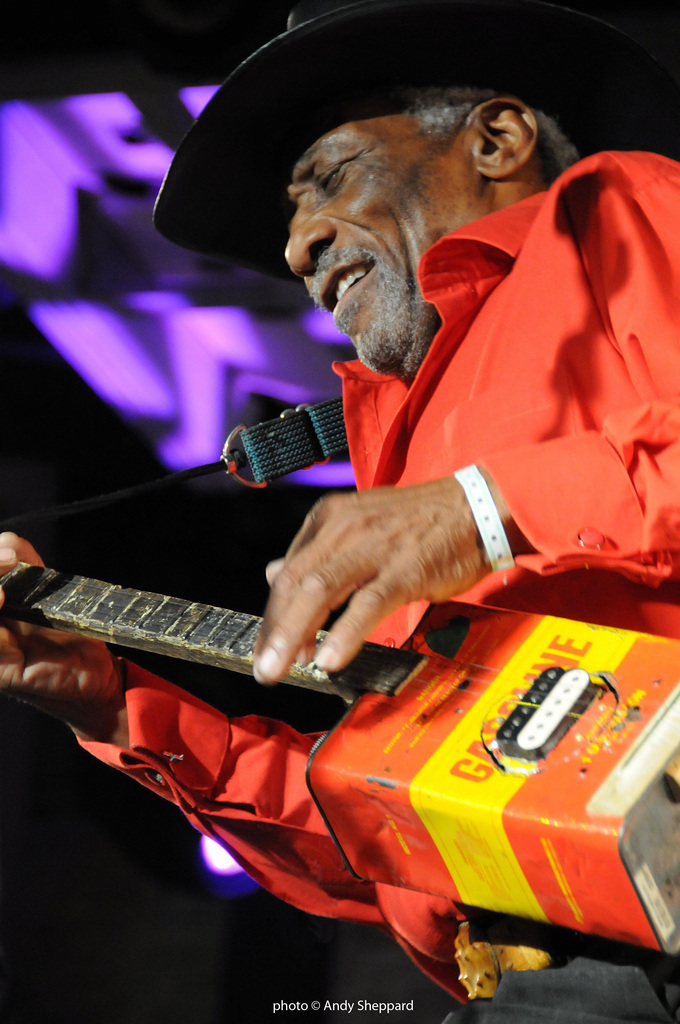