"I believe the blues should be sung by an older person because it's about emotions and experience. I couldn't do justice to it when I was younger because my voice didn't have the edge it needed to convey…

A key figure in the history of the blues passed away on October 18, 2011. Bob Brunning, founder bassist with Fleetwood Mac and stalwart of Savoy Brown and his own DeLuxe Blues Band, died suddenly of a heart attack at the age of 68.…

I have always loved the blues as far back as I can remember, or at least as far back as being a young girl and listening to some of the greats: BB King, Stevie Ray Vaughan and then later on Joe Bonamassa, Gary Moore &Eric Clapton,  to name a few. There were very few female influences for me in this genre of music other than the odd Etta James song or a little Nina Simone & Janice Joplin.

Recently I was introduced to a lady with an amazing voice, check her out on You…

"We're all under the same sky, fighting hard...brothers."

According to everybody who has ever…

"Playing music and especially the blues, I have the feeling that, some things like honesty and expression, grown even better inside me. My personal opinion is that...you can't play the blues without been honest to yourself and to the others."
The Boogie Sinners: Time To…
Continue

Feinstein snapped more than 500 album covers in his career, including Janis Joplin for "Pearl" a day before she died and George Harrison flanked by garden gnomes for his post-Beatles solo outing "All Things Must Pass".…

Lonesome Shack is a Blues and Boogie band from Seattle. Ben Todd plays guitar, sings and writes songs & Kristian Garrard plays miniature drumset. Ben has performed his style of blues for the past 8 years,…

GEORGE AND THE DUKES live @ IN VIVO Σάββατο 22 Οκτωβρίου

Be sure to check out Watermelon Slim and Super Chickan's Okiesippi Blues which I produced. It was released earlier this year in June and is authentic Delta Blues!

An Interview with Greek Blues Guru Dimitris Epikouris: Blame It All on The Blues

Sitting in "The Garden” of Blues

Dimitris Epikouris is the author of the books “Blame It All on The Blues” & “Fifteen Raindrops In An Ocean of Blues Tales” and for more than two decades, has been quietly accumulating a collection of rare guitars.…

Gere, an active philanthropist for Tibet and HIV-AIDS education, revealed he sold the collection, comprised of 110 guitars and amps made by manufactures such as CF Martin, Gibson, Fender, Marshall, Vox and Gretsch, as a part of his…

George Buford was born in Hernando, Mississippi, on November 10, 1929. When he moved to Memphis, he was inspired at age twelve to start playing the harmonica by performers such as B. B. King and Little Walter   As his harp playing progressed,  he set his sights on Chicago and moved there in 1954.  Soon  he started a group called The Savage Boys with Sam Burden and Dave Members.  The band attracted much attention from Muddy Waters, also a Mississippi native blues…

"The Blues is a way of life. It helped me overcome some troubles in my childhood and eventually helped me find a good way of looking at life."
Doug MacLeod: The Knight of Acoustic…
Continue

"ALL BLACKS" SINGS THE BLUES


The history of Blues in New Zealand dates from the 1960s. The earliest blues influences on New Zealand musicians were indirect — not from the US but from white British blues musicians: first the R&B styles of The Animals and The Rolling Stones, and later the blues-tinged…

Mr. Tarplin had a knack for coming up with catchy riffs and melodies. He was fooling around with a calypso song he had heard Harry Belafonte… 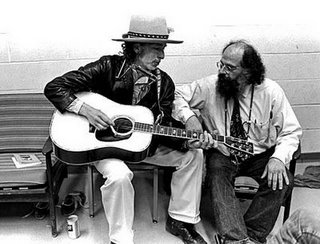