I'm going on down to Yasgur's Farm,

I'm gonna join in a rock and roll band.

I'm gonna camp out on the land.

I'm gonna get my soul free.

And we've got to get ourselves back to the garden. 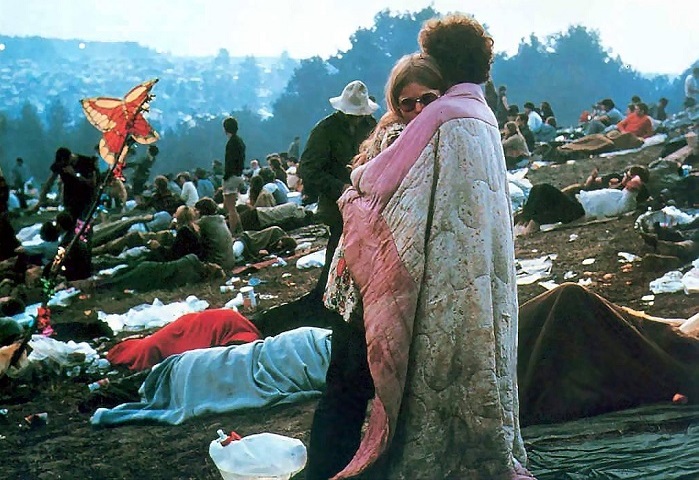 During the sometimes rainy weekend, thirty-two acts performed outdoors in front of 400,000 concert-goers. It is widely regarded as a pivotal moment in popular music history. Rolling Stone listed it as one of the 50 Moments That Changed the History of Rock and Roll. The event was captured in the 1970 documentary movie Woodstock, an accompanying soundtrack album, and Joni Mitchell's song "Woodstock", which commemorated the event and became a major hit for Crosby, Stills, Nash & Young. Woodstock was initiated through the efforts of Michael Lang, John Roberts, Joel Rosenman, and Artie Kornfeld. It was Roberts and Rosenman who had the finances. Lang had experience as a promoter and had already organized the largest festival on the East Coast at the time, the Miami Pop Festival, which had an estimated 100,000 people attend the two-day event.

Nearly everything that has happened to me since I played a part in saving the Woodstock Festival from near - cancellation in 1969 has been interesting — after that summer in 1969, I found everything that a good life has to offer: Stimulating work, a chance to create, and the opportunity to share love with another human being (my lover of 27 years, the late Belgian playwright/director Andre Ernotte, who was a big part of all those great things). In 2007, though, my life was changed entirely when I met director Ang Lee and he decided to make a movie of my life as told in the book Taking Woodstock.

I think it was the time that I served my old-world Jewish parents the marijuana-laced cookies! [laughs] It was probably the first (and only) time I ever really saw them both just let down their guards and have joy. That remains a special memory, because there was hardly ever a joyful moment between my parents for nearly all my life – so being able to have given them that brief blast of happiness remains a treasure.

I miss the sweetness of young people, so many of whom now seem so pessimistic and shut down. I don’t really blame them — with the economy in such a scary place and so much anger floating around, it all must seem fairly hopeless. Then again, growing up a scared gay man as I did, I think you owe the universe a responsibility when it comes to making deliberate decisions about how you’re going to act in this life. Now don’t get me wrong — I remain a big fan of chains and whips and all sorts of heavy S&M activity. But it would be nice if people were maybe a little more adventurous and positive about stuff — we’d all have a much better time of it, I think. 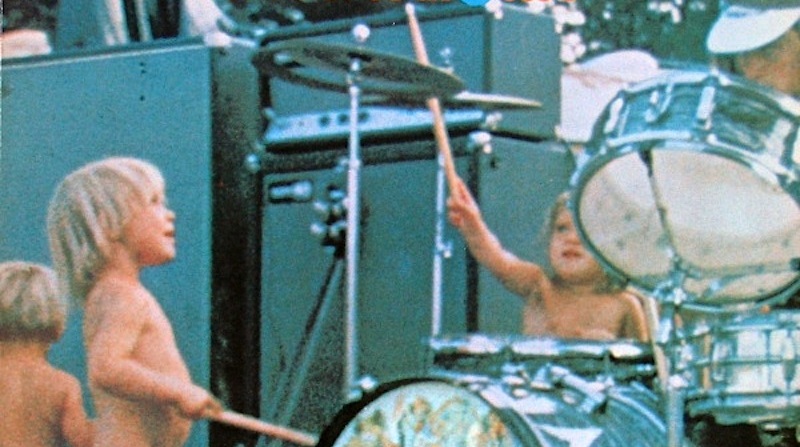 "Woodstock happened in August 1969, long before the Internet and mobile phones made it possible to communicate instantly with anyone, anywhere. It was a time when we weren't able to witness world events or the horrors of war live on 24-hour news channels." -- Richie Havens "In late 1969, Jimi Hendrix wrote a poem celebrating Woodstock, saying with words what his music had in August: "500,000 halos outshined the mud and history. We washed and drank in God's tears of joy. And for once, and for everyone, the truth was not still a mystery." -- Michael Lang, The Road to Woodstock (Photo: The stage and Max Yasgur's farm in the Catskills, Bethel, New York 1969)

Why did you think that “Woodstock Generation”, continued to generate such a devoted following?

Those who love art and music will always follow the genuine thing, no matter how old. There has never been another Woodstock or another time like that. It’s the real deal. Little else is these days. Most music is marketed and planned now.

It IS a business now. We were in rock the first time when the Music Business, per se, was being invented. One thing has been the same throughout the evolution of the music business— musicians almost always get cheated by businesspersons.

Some music styles can be fads but the rock n’ roll and blues is always with us. Why do think that is?

Goes back to the blues!!!

Waited all weekend at site didn’t get on till Monday morning right before Hendrix who closed.

"I didn't see anybody play, except when I was standing backstage waiting to go on, because it was so muddy. And the weather was so horrible, you literally couldn't get there except by helicopter." -- Grace Slick (Photo: Original three day ticket stubs of Woodstock 1969)

Genoside and rock and roll. Also, the new age spiritual movement. And vegetables.

Which things the hope are be based on?

What do means PSYCHEDELIC music and how close is to BLUES?

Its all good to improvise on!! 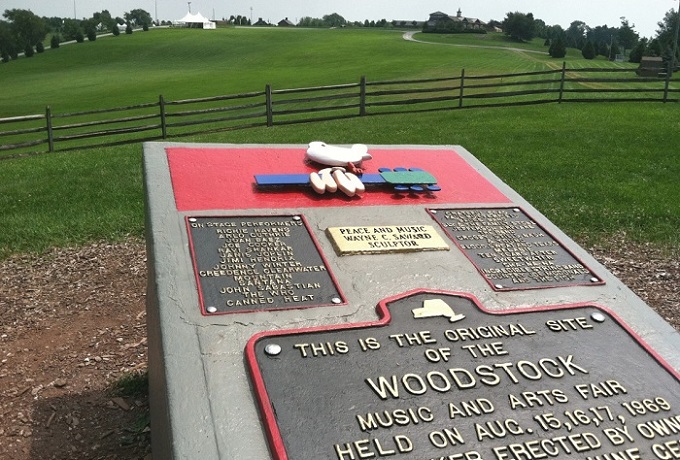 "But when I played Woodstock, I'll never forget that moment looking out over the hundreds of thousands of people, the sea of humanity, seeing all those people united in such a unique way. It just touched me in a way that I'll never forget." -- Edgar Winter

Leo Lyons of Ten Years After

Do you have any amusing tales to tell of your gig in Woodstock, who ate the watermelon...?

Nobody in the band ate the watermelon. I think we suspected it might have been laced with LSD!!!

Why did you think that TYA continued to generate such a devoted following? Three words to describe TYA

I often ask that question myself but I don't really know. Three/four words to describe TYA? ‘We’re very lucky’.

The optimism that we could make the World a better place.

There were 40 toilets for 500,000 people. (laughs) It was a mess. They didn’t expect that. We had to fly in because the traffic was backed up 20 miles. To me, Woodstock goes back to, like the group, what made the group what the group is. Why does the music continue? That’s why I look at Woodstock because I don’t care what you do; you ain’t gonna come close to doing anything like that, that happened then because they didn’t expect that. They weren’t working for that. They thought it was going to be a little thing. That’s the way I look at the group and why the music is still going on today. Truthfully, I ain’t got a clue. (laughs)

"This is the way to hear music, I think, surrounded by rolling hills and farmlands, under a big sky." -- Michael Lang, The Road to Woodstock (Photo: A band on stage of Woodstock Music & Art Fair)

Do you have any amusing tales to tell of your gigs in Woodstock & Monterey?

What does the Jeffersons stand for Grace Slick? Signe Anderson or Grace?

Well, they're both so different... Grace set the standard though.

Blues is the background to so much modern music. Why do you think that is?

How is your relationship today with the other bands and musicians of ‘60s?

I don't see many of them often. 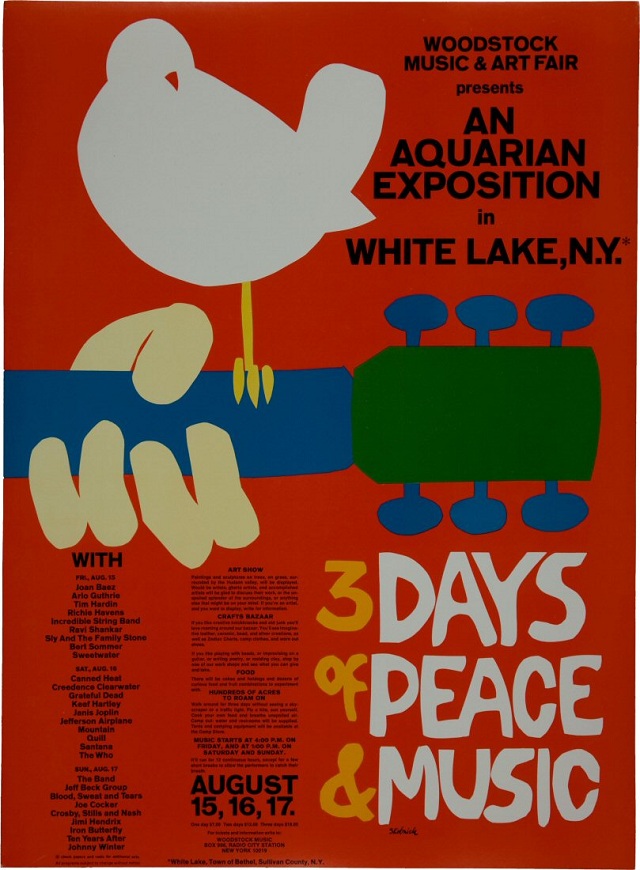