Founder of Cleopatra Records, Brian Perera talks about the philosophy and mission of label based in LA

"Music brings cultures together. That is as true today as it was in the early days of rock."

Brian Perera is the founder of Cleopatra Records, based in Los Angeles. When you’re passionate about your craft you need only add hard work and some street smarts to achieve your ultimate ambition. Such is the moral of the Cleopatra Records legacy, founded over decades ago (a century in today’s market). The mid ’80s were a magical time in the Los Angeles music scene. The energy, the glamour, the excess…all hitting a frenzied peak. A young entrepreneur named Brian Perera was in the thick of it all, beginning his career by making and marketing T-shirts and swag in his Southern California garage for rising stars like Guns N’ Roses and Jane’s Addiction. 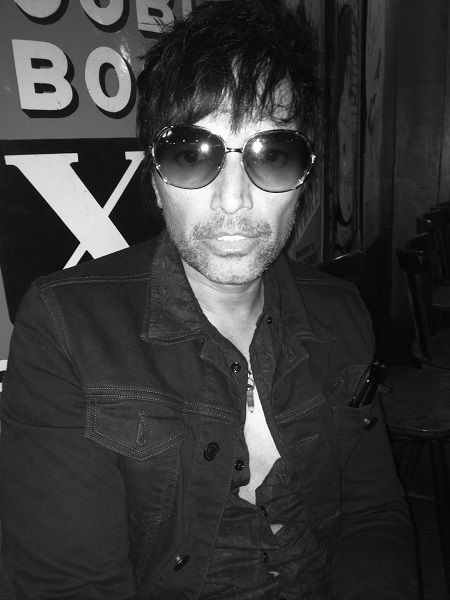 With a desire to release an out-of-print Motorhead and a rapid-fire mind that quickly learned the ins and outs of the record industry, BP purchased the license, distributed and marketed what would be the first of thousands of releases on the soon to explode Cleopatra Records roster. Another very important label imprint, fan favorite Purple Pyramid Records, brought monsters like Yes, Santana, Jimmy Page, Hawkwind, Rainbow and a host of others back to appreciative album collectors seeking those rare gems for their collections. One of the most underrated bands of the early ‘70s space psychedelic movement, Nektar, has seen their catalog lovingly reissued on Purple Pyramid in addition to the new covers project A Spoonful Of Time, and 2013’s Time Machine. That same year, Hawkwind co-founder Nik Turner released his most acclaimed solo album of his career on Purple Pyramid, the intergalactic masterpiece Space Gypsy. From Psychedelic rock (Iron Butterfly, Quicksilver Messenger Service) to Jazz Fusion (Billy Cobham, The Fusion Syndicate) to Classic rock (Vanilla Fudge, Pat Travers), and Blues (Howlin Wolf, BB King, Leadbelly) the roster of Purple Pyramid artists is truly an astounding array of incredible musicians, artists, and bands. In 2014, Cleopatra continued to work with new and developing talent as well as established artists such as Krautrock legends Amon Düül II, The Oak Ridge Boys, R&B icon Shuggie Otis, and blues guitarists Popa Chubby and Eric Gales.

What were the reasons that you start the Rock n’ Garage researches and experiments?

For those particular genres, I was really inspired by the work Greg Shaw did over at Bomp! Records in the 1980s. More recently, I’ve witnessed the resurgence of these styles at festivals like Levitation (formerly Austin Psych Fest).

If I’ve learned anything it’s that to really be in rock culture, you have to live and breathe it as a lifestyle not just a job. You can’t just treat like a part-time or even a full-time job. It has to be your whole life!

How do you describe and what characterize Cleopatra Records philosophy, legacy and mission? 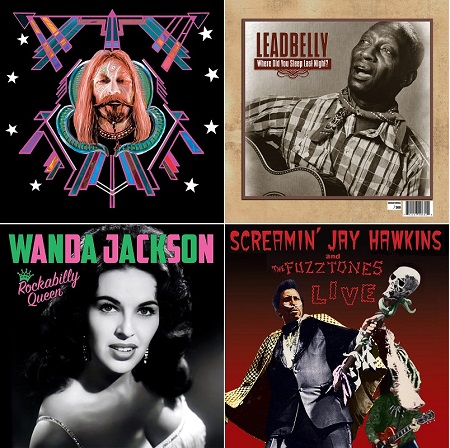 Our philosophy and mission at Cleopatra Records is to put out as much quality music from new artists as we can while at the same time discovering hidden gems and rare recordings from the past so that we can bring them to a wider audience.

"The best thing for music is if it wasn’t available for free."

Which meetings have been the most important experiences? What´s been the highlights in your life so far?

Personal highlights for me have been meeting and working with people whose music I respect such as Nik Turner and Lemmy from Hawkwind, Steve Howe from Yes, rockabilly legend Wanda Jackson, and even Captain Kirk himself William Shatner!

For me, the live music experience is no different today than it was in the past. There’s still that same excitement at clubs, still people doing coke in the bathrooms, smoking weed and drinking, having the time of their lives! One thing that could really change things, and that I hope to experience myself, is hologram performances. It would be amazing to see Elvis in concert, or Buddy Holly or Patsy Cline. That’s a big reason why we recently picked up the catalog of blues legend Junior Wells. As far as fears go, I fear that music as a product has been devalued by free streaming. I look forward to the day when the internet can be monetized - like, for instance, when you click on a photo on the web, a small amount of money would get kicked back to the photographer or whoever created the image. Without the people who make the content, there would be no internet!

The best thing for music is if it wasn’t available for free. 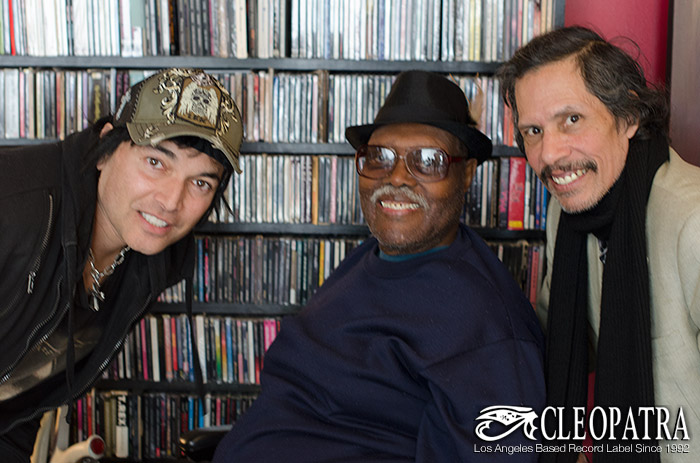 "If I’ve learned anything it’s that to really be in rock culture, you have to live and breathe it as a lifestyle not just a job. You can’t just treat like a part-time or even a full-time job. It has to be your whole life!" (Photo: Brian Perera  with Big Jay McNeely and Shuggie Otis at Cleopatra Records)

What are the lines that connect the Blues, Garage, Gothic, Punk, Hard/Metal, Reggae, Psychedelic, and beyond?

It all stems from the blues, from Robert Johnson, who had a massive influence on artists like Jimmy Page, Hendrix, and Clapton/Cream, who in turn inspired psych rock and early heavy metal.

What has made you laugh lately and what touched (emotionally) you from the music industry and circuits?

The biggest laughs I get nowadays come from dealing with new artists who act like they’re in The Beatles. And when the attorneys and managers and agents start getting involved, that’s when I really start to laugh! As far as emotional experiences, I get very excited when I hear a new sound or style. Of course, everyone borrows from someone so it’s not the experience of hearing something totally new. But there is an excitement in hearing what new sounds bands come up with.

Music brings cultures together. That is as true today as it was in the early days of rock. 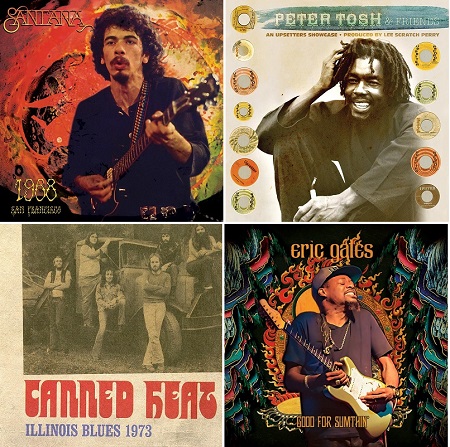 I would love to spend a day at the original 1969 Woodstock Festival. I’d love to watch all of those amazing artists perform on stage, but also to be in the crowd among the other music fans, meeting people, being a part of the community where if someone is cold, they get a blanket, if they’re hungry, they get fed. It’s that communal aspect of music that I always come back to.